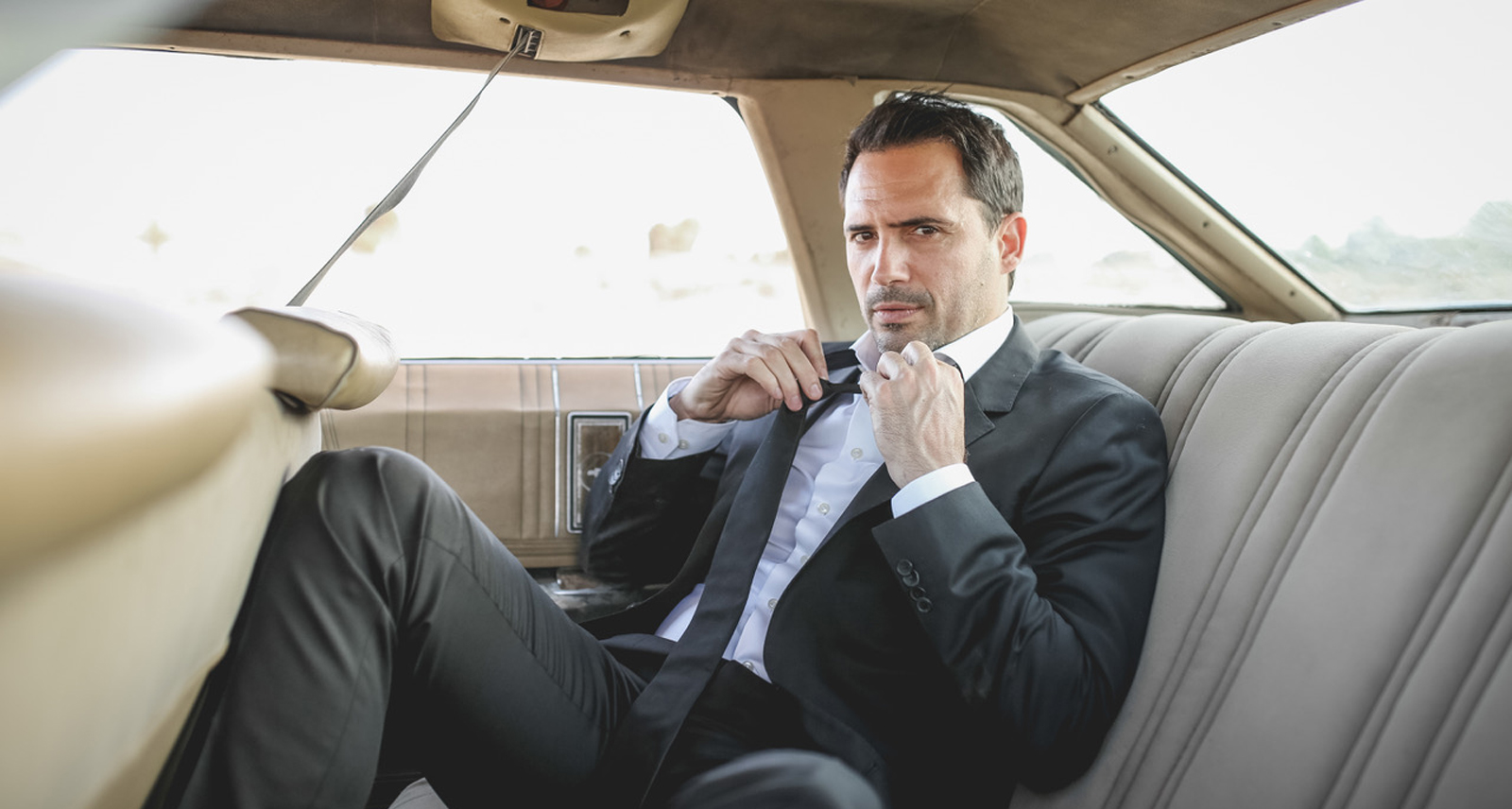 Dhafer L’Abidine is squinting off into the middle distance. As anyone who has lived in the Middle East can attest, this is not unusual in the midday sun. But in Dhafer’s case, he’s thinking back on a his acting career— a path that’s never without its inherent plot twists, characters and, of late it would seem, a happy ending.

Before his sky-rocketing breakthrough in the Arab world, Dhafer enjoyed a successful career in the West, appearing in international film productions such as Children of Men (2006), Sex and the City 2 (2010), Centurion (2010), Black Forest (2012), Rise of the Footsoldier (UK) and A Hologram for the King, directed by Tom Twyker and starring Tom Hanks. Born in Tunisia, Dhafer moved to the UK in 1999 to pursue his acting career where he won a place at the prestigious Birmingham school of Speech and Drama. He graduated with a University of Birmingham Diploma in Professional Acting Studies in 2002.

Dhafer made his acting debut in the UK in the popular TV series Dream Team on Sky TV, where he remained for two seasons. He then went on to appear in numerous British television dramas including Spooks (BBC), Strike Back (SkyTV/CINEMAX), Wallander (ITV), Wire in the Blood (ITV) and Hunted (BBC/HBO). He recently starred in season 5 of the French series Engranages on Canal+ and the American series Transporter on TNT and HBO Canada. 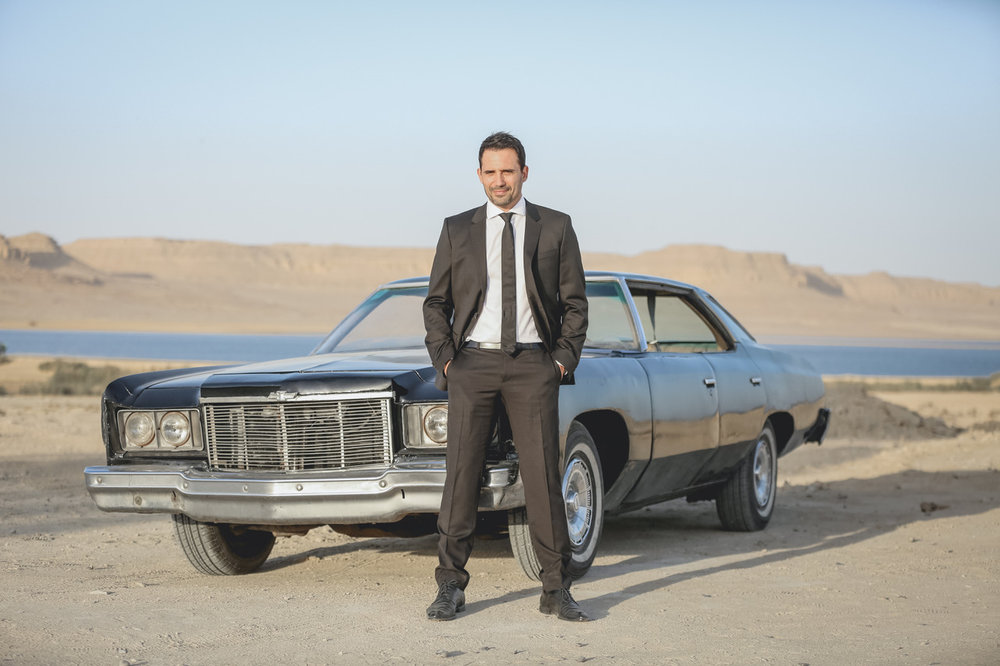 Always keen on appearing in TV dramas in the Arab world, Dhafer starred in the hit TV series Taht Al Saytara in 2015, for which he won Best Actor in an Egyptian Drama. He won critical acclaim for his performances in Farq Tawqeet (2014), Neran Sadeqa (2013), Vertigo (2012) and Zakerat Al Jassed (2010), which featured an array of A-list stars from across the region. He also starred in the Tunisian feature film Fin December (2010) and Tunisian TV series Maktoub (2008). A successful TV presenter, Dhafer has several successful TV shows under his belt including Ameer Al Shu’ra (2007), a prestigious talent show competition which searches for the most talented poets in the Arab region. The show was extremely successful and attracted more than 20 million viewers in each live episode. Dhafer has recently hosted the Arab world version of the international game show The Cube for Dubai TV. Dhafer is currently the face of Vodafone Egypt. 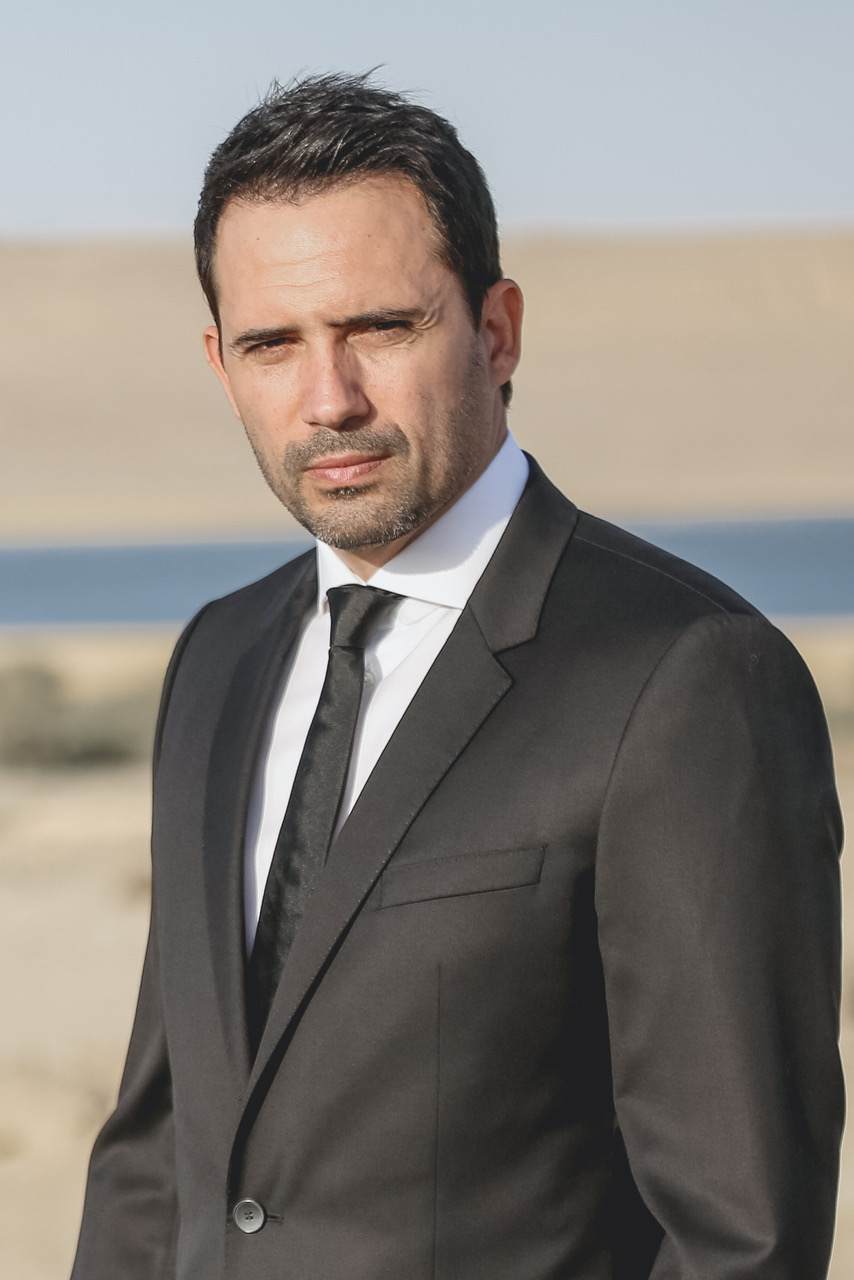 How do you like to prepare for a role?

The key to the role is always clear through the script, the writer usually has a certain vision in the film or TV series. It is also really important to have a discussion with the director about his view of the story or the role itself, and the director as well. It’s important to also use your imagination and draw inspiration from things you’ve seen in your life, in addition to the discussions with the director and writer and reading the script to build the role and the way it thinks and behaves, the way it does things. Also, If the role is really specific, I might have to go somewhere to study it or try the job myself or ask for information about it in order to grasp the character well.

What is your highest goal with your acting?

I enjoy what I’m doing and I’m passionate about it. It’s also important for me to challenge myself and to find a new role, something I haven’t done before and explore new characters, ideas and projects. This keeps you on your toes and develops your acting skills. I’m enjoying working in the west, but I also like working in the Arab world, so I try to keep the balance between both worlds. I think the more you do good jobs, the better offers you get and the more roles you can play. Doing the best I can is the main aim
for me.

How did you get your first break?

While I attended the University of Birmingham’s School of Speech and Drama. I auditioned while I was still in my second year there and I heard about a casting call for a series called Dream Team on Sky TV. I had my first audition and I was called back and then I got my first role in that TV series for two seasons. That was my first big break and it was the first project I work on in the UK and I had recently graduated. It was from 2002 to 2004, and it gave me the opportunity to work on a well-known TV series to practice what I’ve learned.

What is your most memorable moment from shooting a given project?

The first day of any new project is always exciting, as I meet new actors and star new rehearsals. Every scene is different and new, which represents what I like about acting; the fact that it’s an exciting experience. So, I cannot pinpoint just one moment, but all in all I enjoy every moment as I consider myself lucky to be doing something
I love.

Who is your favorite director to work with and why?

I can’t say just one or two names, but I can say the directors who like to explore new things and new methods, who sometimes like to surprise you. The directors who offer a different and unusual view or perspective on the character can challenge you in a good way, stretch your imagination, push you to think on your feet and think differently. That;s the type of directors I like to work with.

What are you working on now?

I’m currently in Cairo finishing up the TV series Halawet El Donia, which will air during Ramadan. We’re in the final few weeks of shooting after four and a half months of filming and I hope people will enjoy it.

What brought you to Egypt, and how do you contrast living in the Arab world with living somewhere like London?

I always wanted to work in the middle east and in Egypt as working in Arabic, whether colloquial or classical Arabic, is something close to me, to my culture, and to my way of thinking. The topics of the films and series are relatable to me as well, so that is very important. I like to work between my family and friends, and within my culture. Also, there is a balance between my work here and abroad. In the past few years, Arab drama has accelerated a lot and now we can see many new TV series and different genres; which is a huge step forward and I am enjoying being part of it. So, the difference between working here and abroad is maybe that in the west, people take more time to write the project. Maybe because they have bigger budgets, so they can afford to take spend more time on pre-production and production. But I think quality is everywhere now and you can find talented people in the middle east just as you can find them in Europe and the west.

What are the roles like working outside of Hollywood, as opposed to in, and what do you like/dislike about them?

In the west, you work with great directors on big projects with some interesting ideas, while sometimes roles are based on stereotypes, such as roles based on terrorism and so on. One of the positive aspects of working in Egypt and the Arab world is the chance to work on something that is close to me and relatable, however, I wish we could spend more time on development and production. OF course, it costs more money, but it gives more attention to detail and reflects on the quality of the project.

How do you balance the intensities of the film business with personal life?

I think that’s the hardest part of being an actor, is that you have to travel a lot and work on different projects in different places away from your family, but you have to work at it and make the effort to communicate with your family, because that’s very important if you’re not there physically. When you find a bit of time off, you have to travel to see them and my family also comes to see me when they’ve got time. Also, when I get time off, that’s the time for the family for sure. I like what I do for sure, but my free time has to be dedicated to my family. So, that’s the balance I have to achieve and I have to plan my life according to those needs.

What would you like to add?
Happy Ramadan for everyone and Happy Eid.