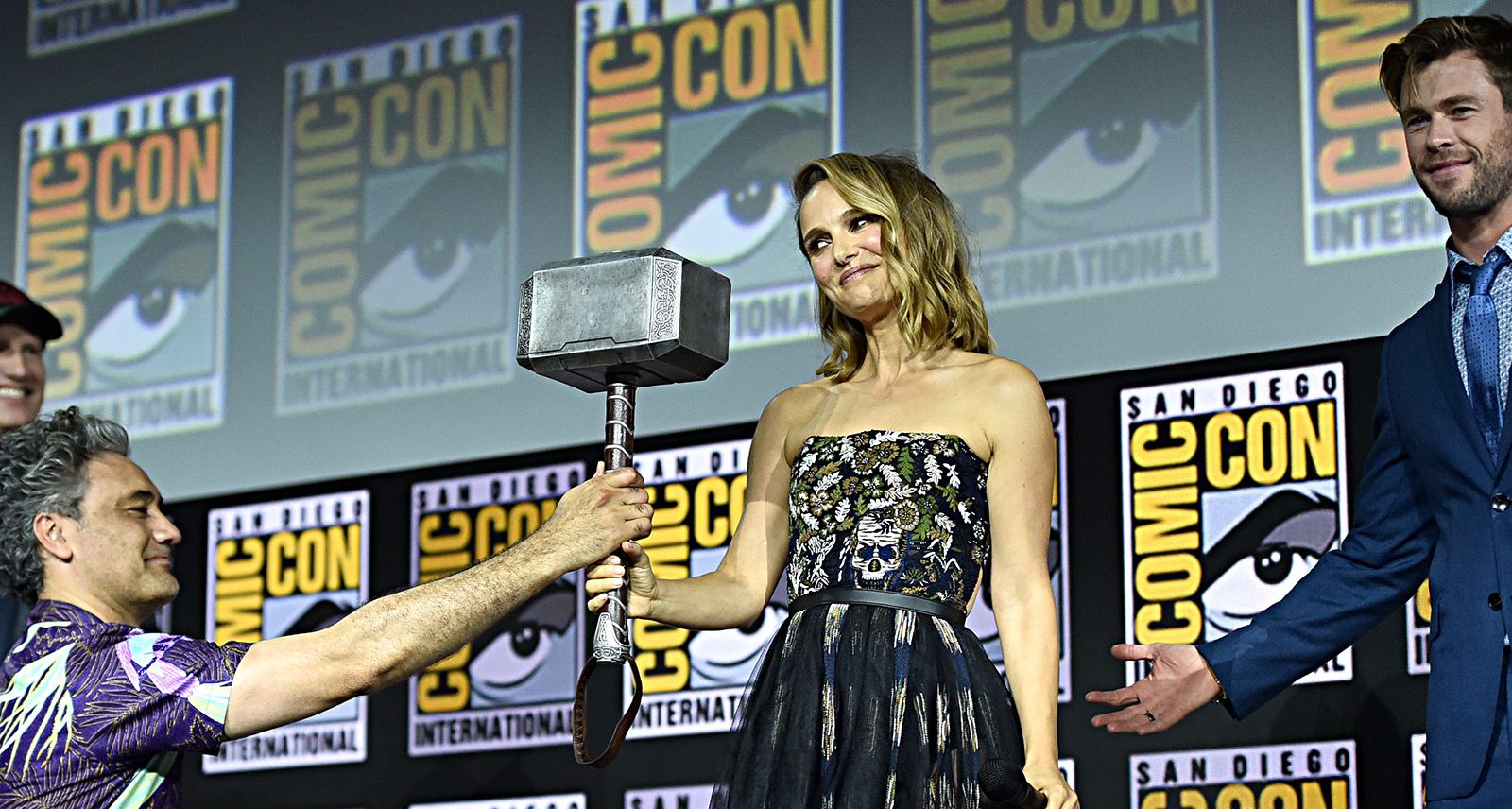 Over the weekend, the world of pop culture was Hulk smashed wide open as Marvel Studios announced their “Phase 4” film and TV lineup at the annual San Diego Comic-Con. And Marvel’s future looks as diverse and stacked as it comes. Here’s a list of all the superhero content you’ll be spending your money on over the next couple years.

Shang-Chi and the Legend of the Ten Rings

Just announced in Hall H at #SDCC, Marvel Studios’ SHANG-CHI AND THE LEGEND OF THE TEN RINGS, with Simu Liu, Awkwafina, and Tony Leung, directed by Destin Daniel Cretton. In theaters February 12, 2021. pic.twitter.com/WePmw8d5Gq

One of the first films announced has an amazing Canadian connection. Shang-Chi and the Legend of the Ten Rings, which will hit theatres February 12, 2021, stars Toronto-based Asian-Canadian actor Simu Liu, who is known as one of the stars of Kim’s Convenience.  The ass-kicking, kung fu-centric film also stars notable Hong Kong star Tony Leung as the villainous Mandarin and comedian Awkafina in an unspecified role. We’re getting strong Enter the Dragon vibes for this, and we are so very down.

Another big reveal is the announcement of the fourth film in the Thor series, Thor: Love and Thunder. Returning from directing the hilarious Thor: Ragnarok, Taika Watiti announced that the film will mark the return of actress Natalie Portman to the series as Thor’s on-again, off-again love interest Jane Foster, and that she would be taking up the mantle of as the Goddess (?) of Thunder. Hey, relationships can be tough! Even for a god. Love and Thunderis set to premier November 5, 2021.

The event also marked the announcement of the cast for the upcoming Eternals movie,  hitting theatres on November 6, 2020. The cast includes Angelina Jolie, Game of Thrones and The Bodyguard star Richard Madden, Brian Tyree Henry, and Salma Hayek as obscure comic book characters of celestial origin.

In a surprise announcement, Kevin Feige revealed that everyone’s favourite techno-gothic vampire hunter, Blade, (made iconic in the ’90s by Wesley Snipes) is set to return to the big screen in the near future. The film will star Oscar-winning actor Mahershala Ali as the titular character. We can only hope that Mr. Snipes is giving Ali tips on how to hunt vampires and drop bad-ass one-liners.

Doctor Strange in the Multiverse of Madness

Just announced in Hall H at #SDCC, Marvel Studios’ DOCTOR STRANGE IN THE MULTIVERSE OF MADNESS with Benedict Cumberbatch and Elizabeth Olsen. Scott Derrickson returns as director. In theaters May 7, 2021. pic.twitter.com/bVyOYjPLly

A follow-up to 2016’s mind-bending acid trip Doctor Strange, this sequel is what director Scott Derrickson calls Marvel’s first “scary movie.” Set come out in 2021, it’ll star Benedict Cumberbatch as the titular magical M.D. and Elizabeth Olsen as the Scarlett Witch. We can’t wait to see what kinds of thrills and chills Derrickson has planned. Hopefully they’re more Midsommar and less Nightmare on Elm Street 5.

Coming to the big screen in 2020, this film is set to be a prequel showing the origins of ScarJo’s kickass superspy. Touting the first female director in the MCU, Cate Shortland, the film is set to co-star Stranger Things‘ David Harbour and Rachel Weisz. We can’t wait to see Johannson scissor-kick her way back into theatres.

A Whole Whack of Marvel Shows

In addition to a full lineup of films to consume your time over the next couple of years Marvel has also announced a bunch of TV series for their upcoming streaming service.  These include shows following fan favourite characters Loki, Scarlett Witch, Vision, Hawkeye, Winter Soldier and The Falcon, as well as What If?, an animated series narrated by silky-voiced Jeffery Wright and featuring the voice talents of many MCU regulars.

Is This the Most Impressive Loft in New York City?

Who’s Using Your Face? The Ugly Truth About Facial Recognition - This is what we are reading for you