I drove this Lotus against the background of a glorious Norfolk sunset, but the sole thing that comes to mind later is an abundance of pheasants. Lots of suicidal pheasants. I would expect them to be so crazy in the mating season, but it must have been the gloomy thoughts of an impending winter which prompted them to appear in large numbers, always in front of the Vivid Green machine, ready to fling themselves in front of the car like a swarm of feathery kamikazes.

No pheasants were harmed in the making of this feature, mainly because the Evora GT410 is such an astonishingly nimble car. Shod with Michelin Pilot Sport Cup 2 tires, clearly not the best choice for a cold fall evening in Norfolk, with roads greasy with mud from tractors bringing mounds of sugar beet from the fields, it still handled very well. The Evora had been around for quite a while, gradually getting to be a better and better sports car, but for some reason I had not devoted any serious time to it. How wrong that was. 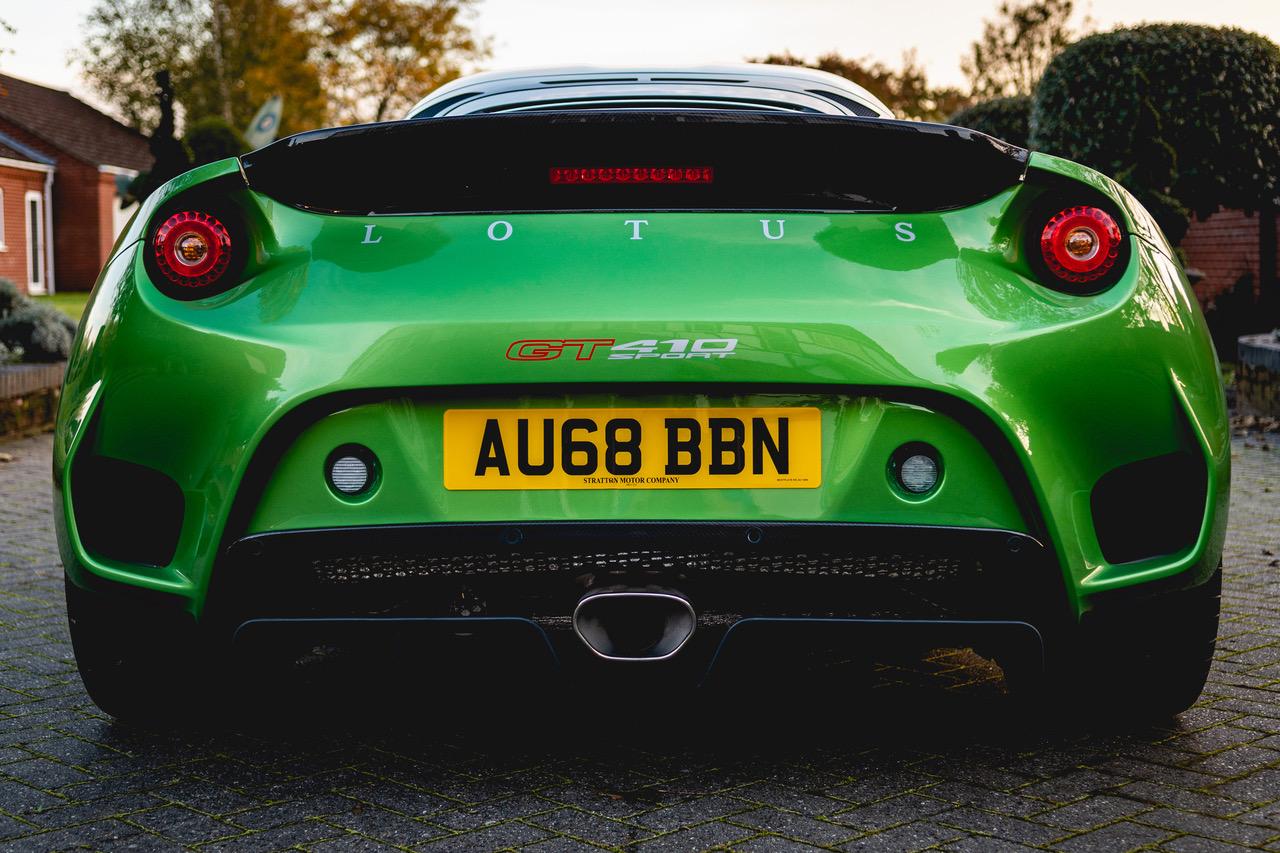 First of all, it looks stunning, from every angle, with no corner left unresolved. more importantly, it also LOOKS light. It has become too banal to repeat Colin Chapman's credo:'just add lightness", but it rings very true in this case. This Evora weighs, wait for it, 1256 kg. With the 3.5-liter supercharged engine (equipped with a light flywheel and developing 410 horsepower) this car is a featherweight fireball. The proportions look right, too, which can't be said about the current crop of obese, turbocharged "sports" cars. It also develops 96 kilograms of downforce at its top speed of 305 km/h, but I have to take the manufacturer's word for it: even if I was hell-bent on losing my license, there is simply no place in Norfolk where I could hit that kind of speed. And, anyway, in today's world the magic value of a car's top speed is no longer as relevant as it used to be in the 1980's. I am old-fashioned, and want my sports cars to be agile, engaging, responsive and predictably linear, and sprinting on straight streets between intersections is not my thing (even though this car could hold its own in such a form of competition, as it is capable of the 0-100 km/h run in 4.2 seconds).

The interior reflects the latest bout of optimism at Hethel, connected with the very substantial Chinese investment. The quality is there, and so is an austere form of sportscar-chic, with everything you touch and see nicely textured and precisely finished. The seats are in another league, and only expensive Recaro race seats I had in one of my racing cars could match them for the way they cradled my old spine. And yes, big men do fit in the Evora, but it's better if they go easy on carbs and fried fat. 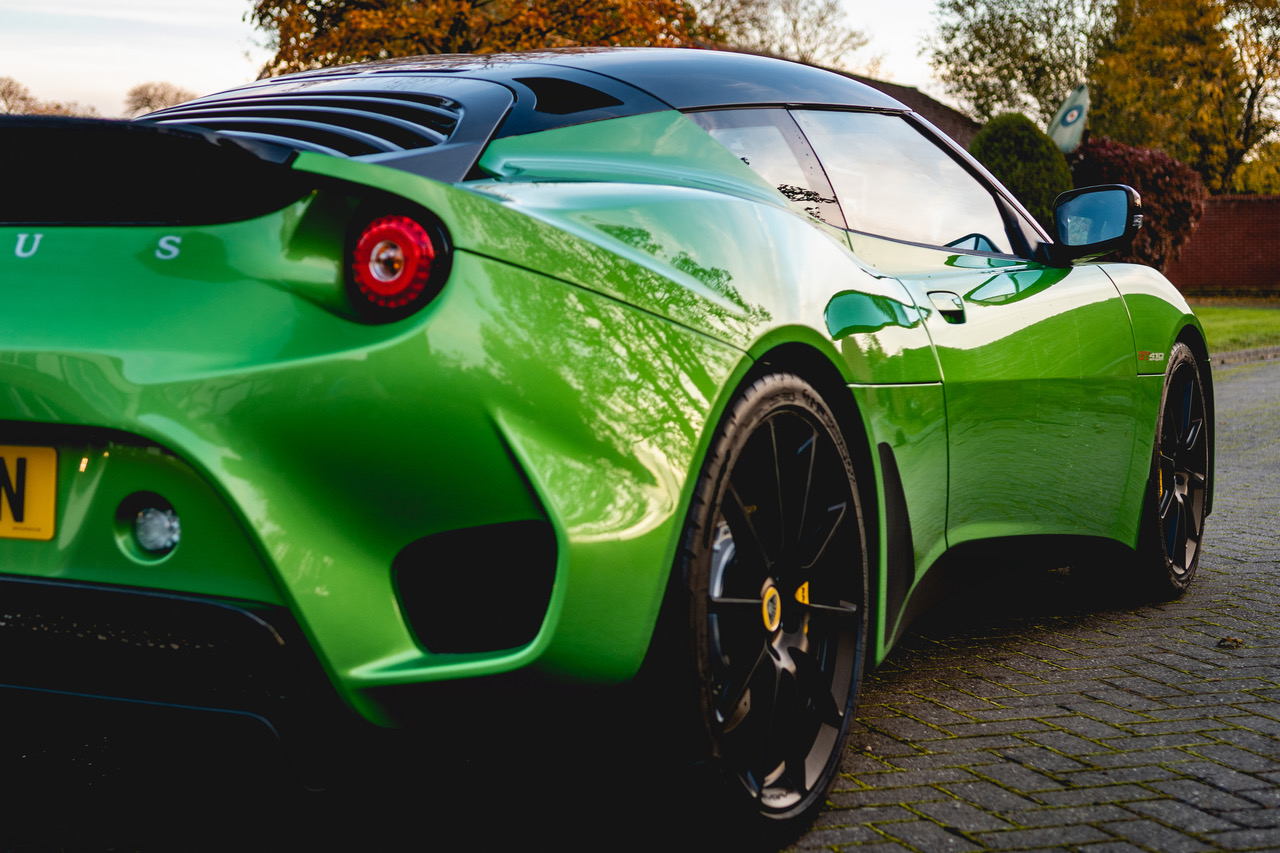 The controls are perfectly weighted, which today is rare, as most sports car customers have been weaned on computer games and have no idea how things worked before cheap electronics spoiled the fun. Moving off, the car feels as if it has no inertia, reacting instantly to minute inputs, darting to and fro, tugged by the changes of road camber. The tarmac is slippery with slimy mud, and it is cold. So I choose to exercise caution, but still manage to travel quite briskly. The car is a revelation: it's fun at crawling speeds because of its linear reactions, and enormous joy at higher velocities due to its immense composure. I'd love to try it on track, and in the Alpes Maritimes, but here, in Norfolk, it excels anyway. 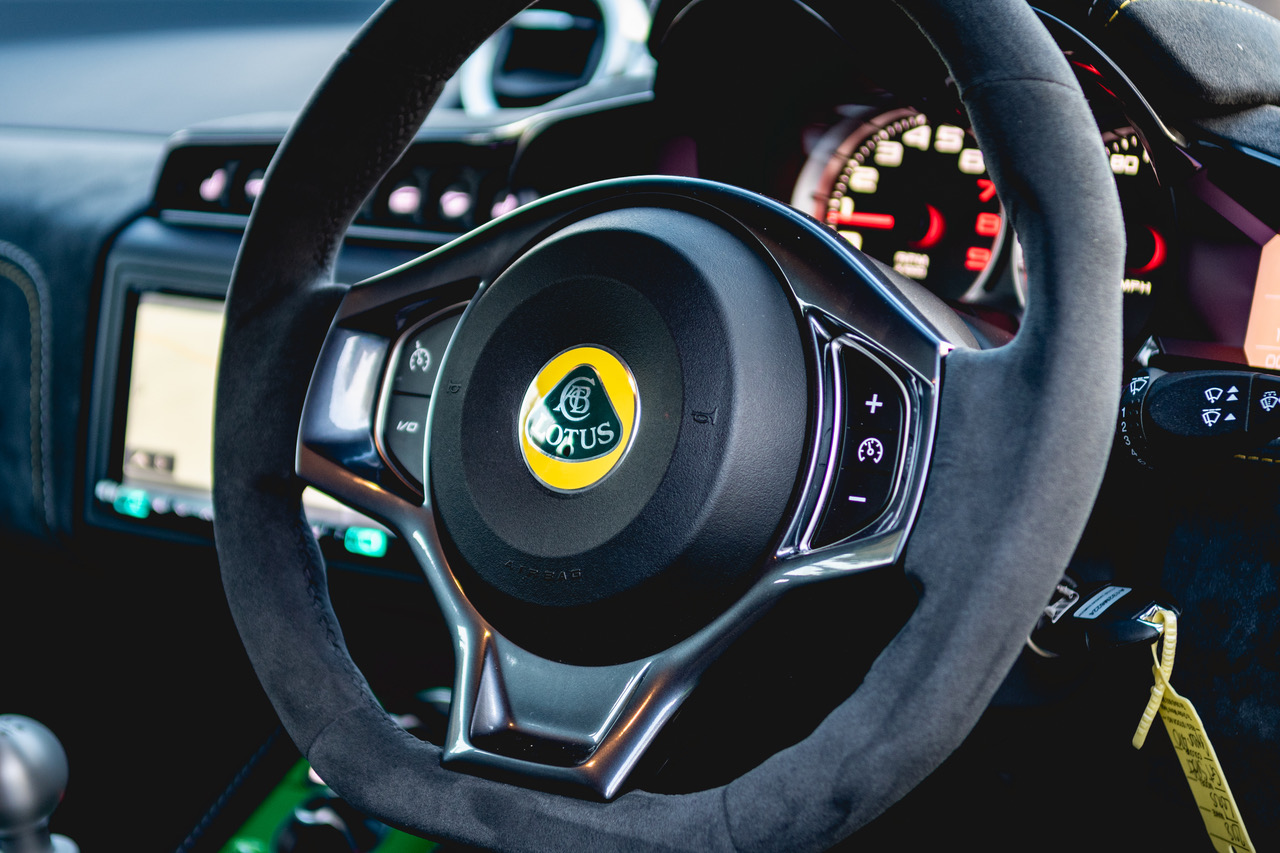 The cold reality is that, due to everyone else adopting turbocharging, I don't see many real adversaries for this car, which rides equally well over bumps as it slips around corners. The cheaper Porsches have become the 718 series, with too much torque and way too much power, and the 911 is also turbocharged. That is fine for the PlayStation generation, but I prefer my cars normally aspirated or at least supercharged. And the Evora GT hits the spot. It is probably my best-driving car of 2018. And yes, I managed to avoid all the suicidal pheasants, thank you.