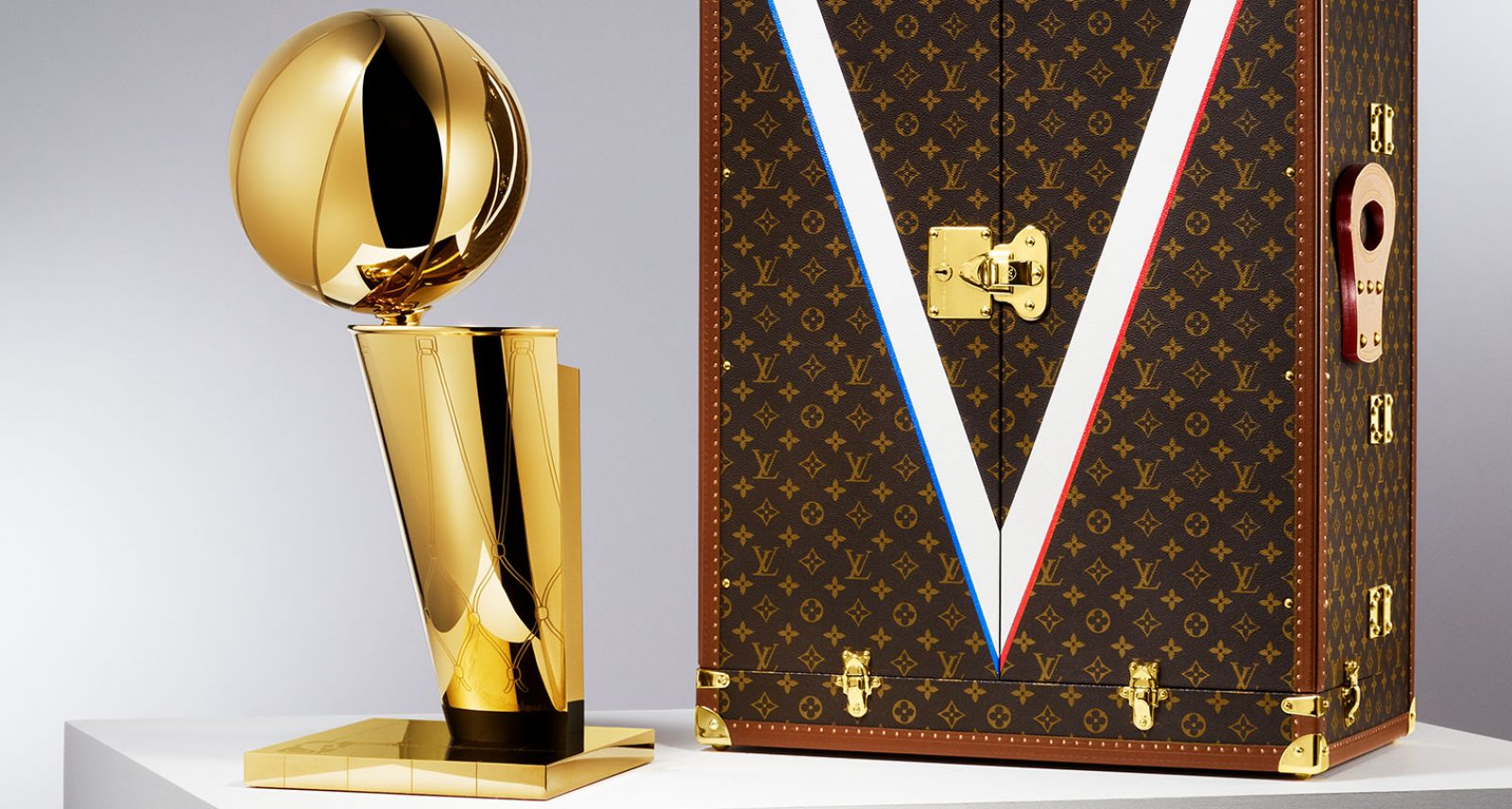 When it comes to style, Louis Vuitton has scored no shortage of slam dunks. But its latest victory is an especially big win. The luxury fashion house is now the official trophy case provider of the NBA. Ahead of the NBA Paris Game 2020, Louis Vuitton unveiled a bespoke case designed to house and display the Larry O’Brien Championship Trophy — an accolade won most recently by, need we remind you, the Toronto Raptors. In true LV fashion, the trunk is hand-crafted in the House’s Asnières workshop on the outskirts of Paris. Brass fixtures match the 24-karat gold overlay of the trophy, while a Monogram canvas coating adds that trademark Louis Vuitton sophistication. As those looking to rep their love of both the NBA and LV during their own travels, good news: the Larry O’Brien Trophy case is, thankfully, a sign of more collaborations to come. The two historic brands have revealed they will also be teaming up on a full limited-edition capsule collection, with more details about that set to come in the months ahead.

Get Ready for Summer with Louis Vuitton’s Latest Collection