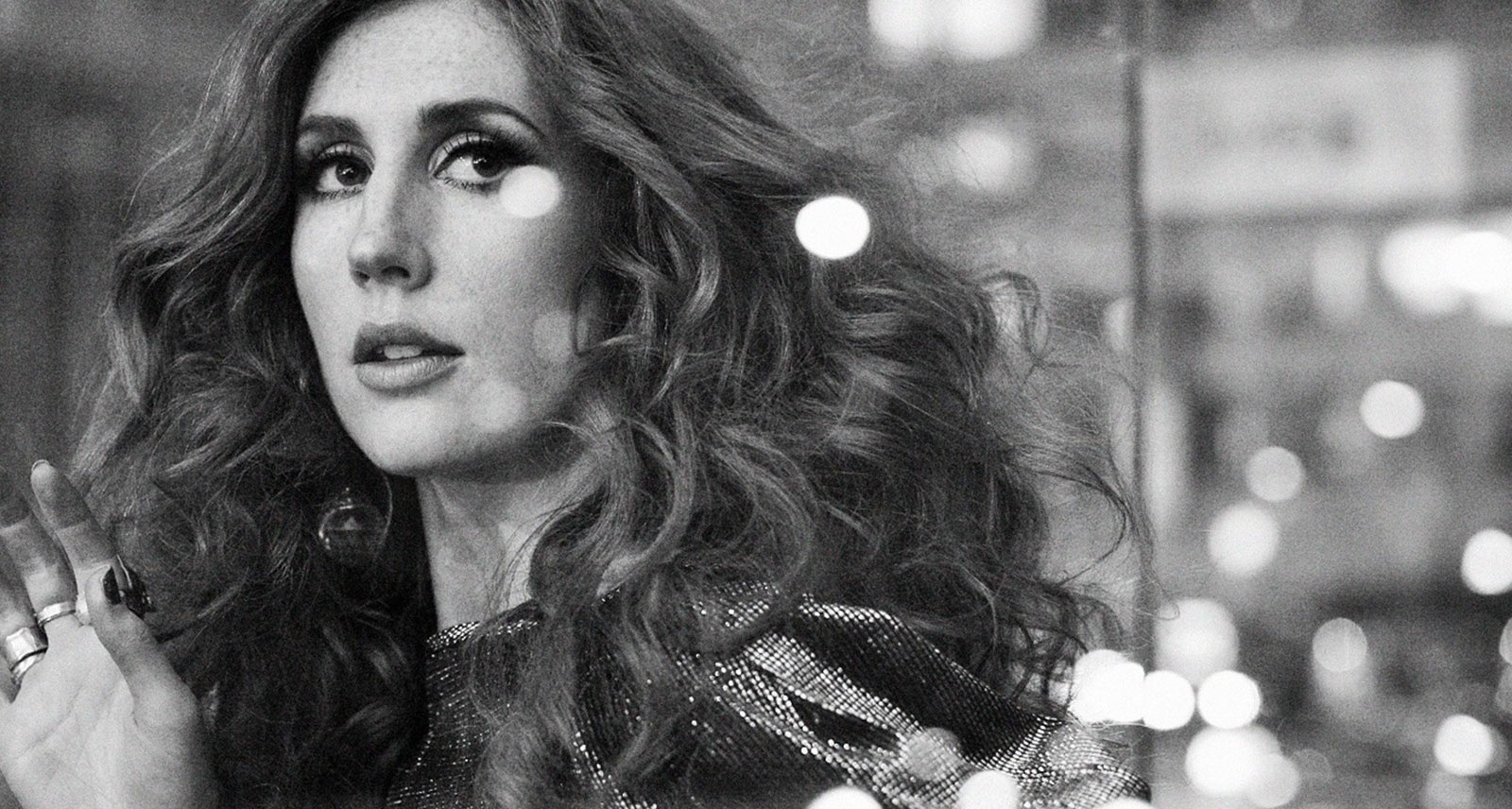 Since bursting onto Canadian television as the host of MTV’s The After Show, Jessi Cruickshank has continued to showcase her unparalleled sense of humour on countless TV shows and red carpets. The bubbly redhead has been hosting Canada’s Smartest Person for three seasons, recently wrapped her sixth year as a correspondent for eTalk, and has travelled the world as a keynote speaker and the Canadian ambassador for Free the Children.

“I cry a lot,” Cruickshank jokes about her overstuffed schedule. “Right now, there is a fully eaten children’s birthday cake in front of me with the remnants of icing and I think it said ‘Happy Bar Mitzvah Jeffrey.’ You make sad choices when you’re this busy, I will say that. But I’m so lucky. The TV industry is so small and especially in Canada, if you’re lucky to work in any facet of it, then you should just appreciate it. And in my case, just never say no.”

And she hasn’t. Despite already having a full plate (and not just of cake), Cruickshank has added daytime host to her bursting-at-the-seams resume. The Goods is the newest show on CBC, and combines the de rigueur topics of daytime (lifestyle, fashion, baking) with the anything-can-and-will-happen vibe of late night. Along with her co-hosts Steven Sabados, Shahir Massoud, and Andrea Bain, Cruickshank promises a daytime show unlike anything we’ve seen before.

“I didn’t want to just make another boring show about lifestyle or home,” says Cruickshank. “The Goods has a lot of really funny, bizarre, crazy takes on fashion, on relationships, on food and every single person who has come to the taping so far are just so amazing at how fun and loose the show is. I’ve always been unapologetically myself, and flawed, and stupid, and you’re definitely going to see a lot of that on the show.” 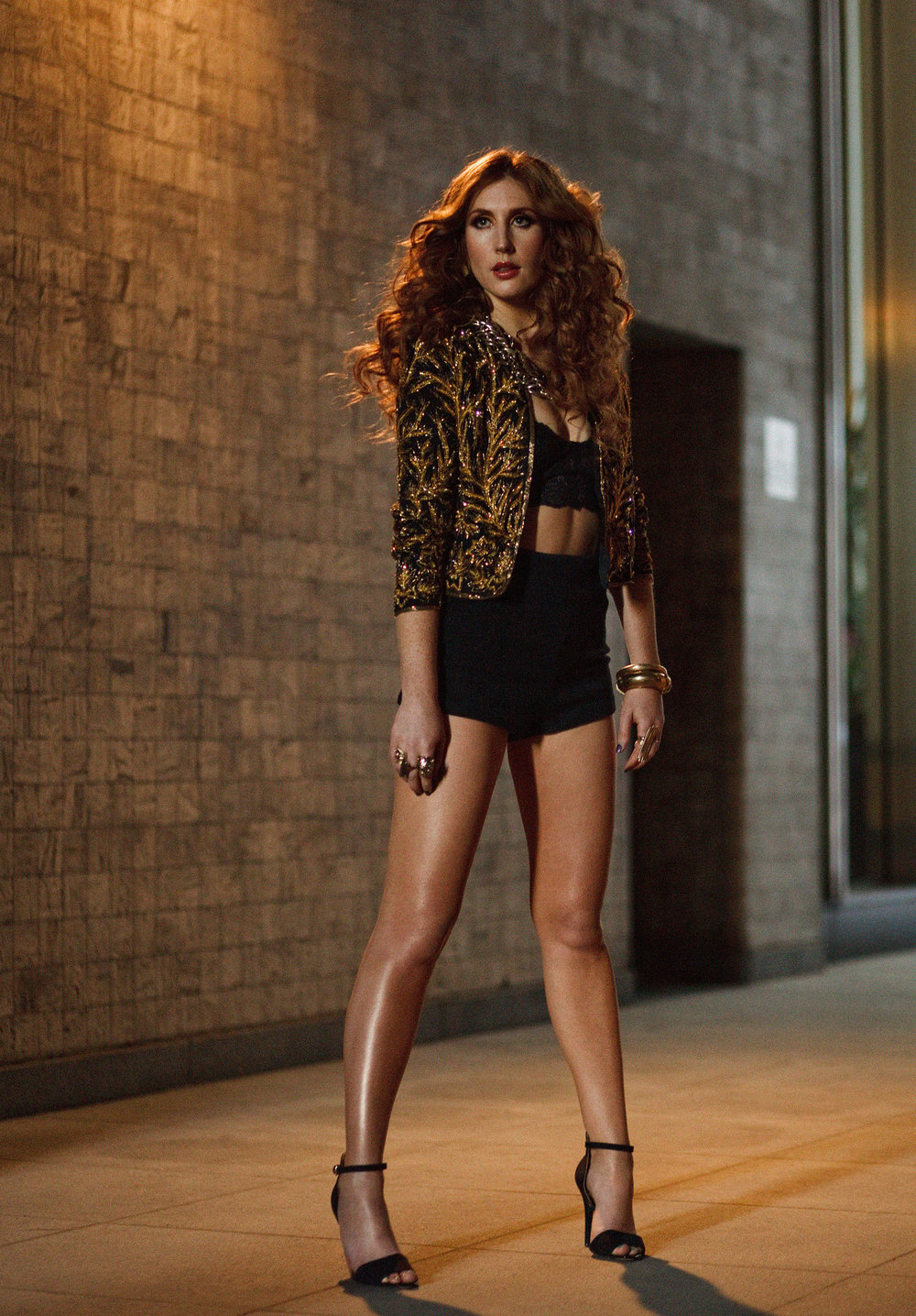 What is your worst habit?

Eating food off the floor. I’m a 5-second, or maybe 8-second rule type of person. I’m sober and awake and alive and in professional settings when I do this. If you give me a sideways eye, I will ignore you and eat the nut off the floor.

Who is your favourite comedian?

What makes you laugh?

I have a sense of humour of a 12-year-old boy, and when you’re making daytime television, it’s not the best thing. The other day the chef on The Goods made some comment on light meat and dark meat and I started laughing. It was like suddenly there was a 12-year-old boy in a cooking segment on daytime television. My sense of humour needs to get in check, really, I need to mature. 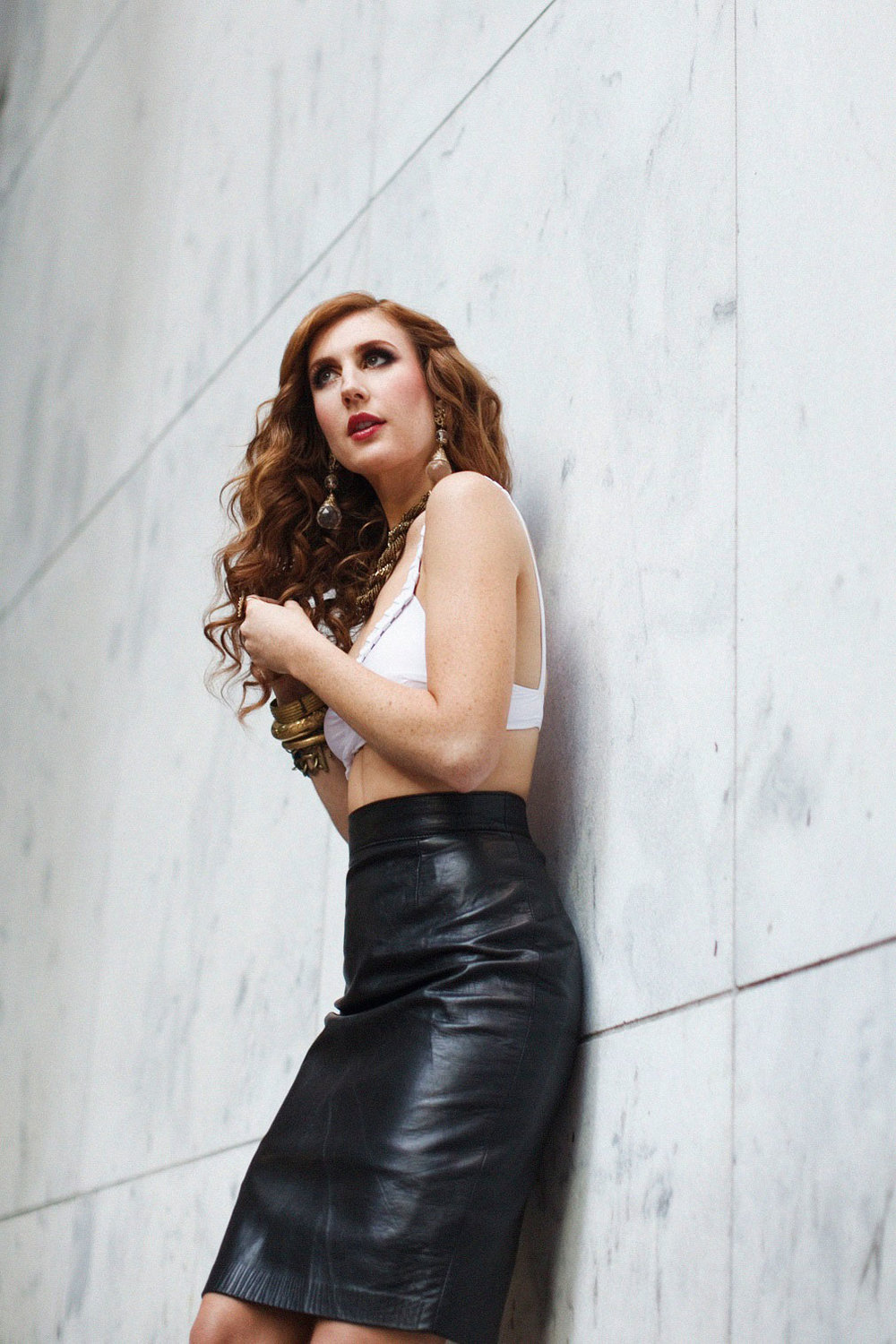 Who has been your favourite celebrity encounter?

John Travolta was a good one for me. You don’t actually think he’s real, and then when you see him in person, you’re like, “I’m not even sure if this is real.” It looks like a wax figure with something gently placed on this head that I’m not going to confirm or deny whether it grew naturally. He was the nicest man, and kissed me at one point and it was all my weird Grease dreams coming true with a much older version of Danny Zuko.

Who was your worst celebrity encounter?

I don’t want to say worst, but I will say Mariah Carey was pretty jaw-dropping. There were so many rules, the lighting was like a 4-day process with her lighting director. I couldn’t refer to certain things, I definitely couldn’t refer to my age, or wear specific things. I basically could’ve been interviewing the President.

Who is your dream interview? 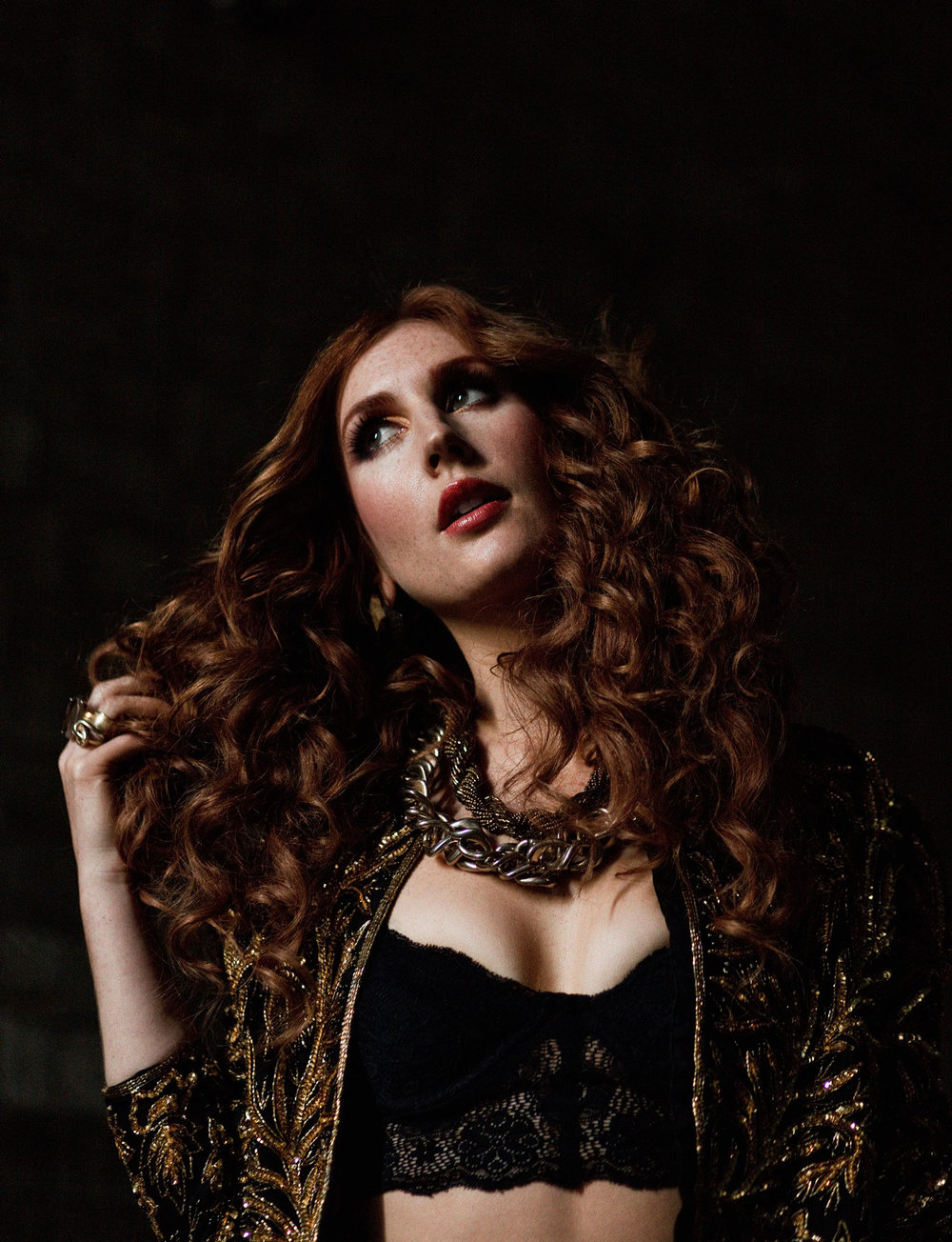 What reality show would you compete on?

The Bachelor. First of all, I would kick ass on that show. I’m not the most attractive person who has ever been on that show, but I could manipulate the shit out of those other chicks and the idiot dude. I just really feel like I could straight up dominate the show. Just give me a sparkly dress and some giant breasts and send me to the mansion. I will win the Final Rose. It’s not a good show, it’s just fun to make fun of. And isn’t that what the joy of television is about? Watching it so you can feel better about yourself?

What’s the best advice you’ve been given?

Work harder than the person next to you. I think I probably took that advice from whoever gave it to me when I was an impressionable teen and took it way too close to heart. Now I’m the last to leave the office, first person to get up in the morning, and I fall asleep with the laptop in my bed. Especially now that jobs are so competitive, there are so many people that want to be doing what you’re doing. You really do have to outwork everybody else in order to stand out. 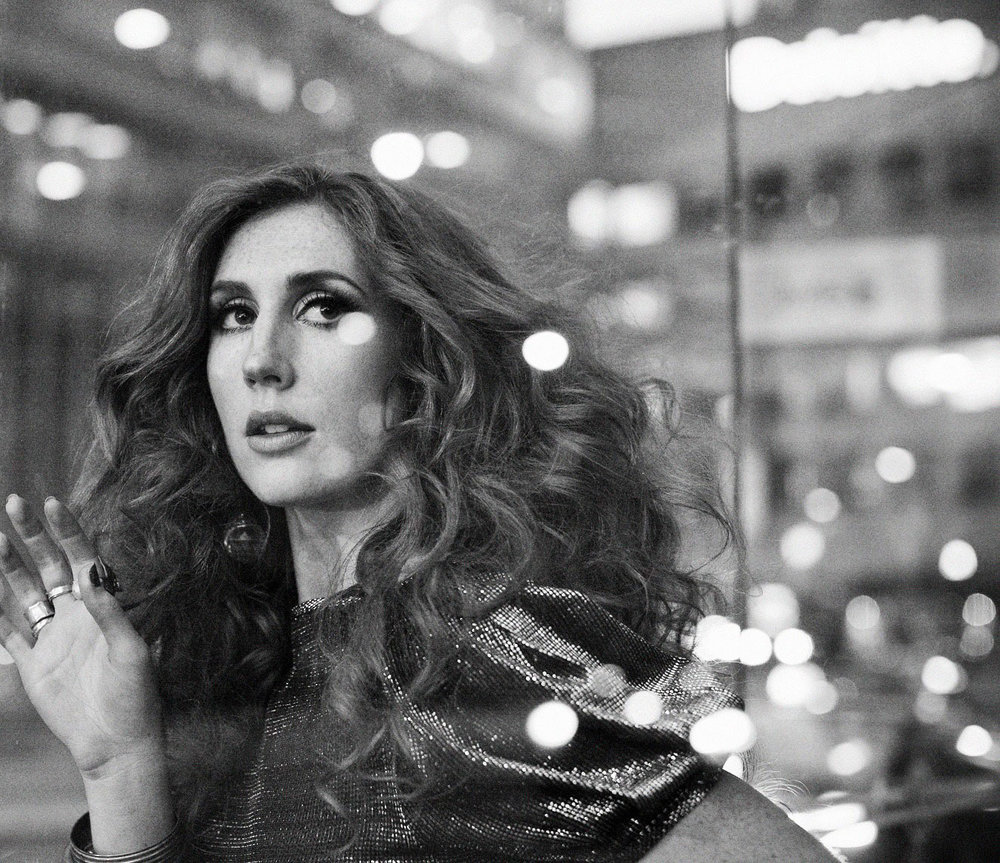