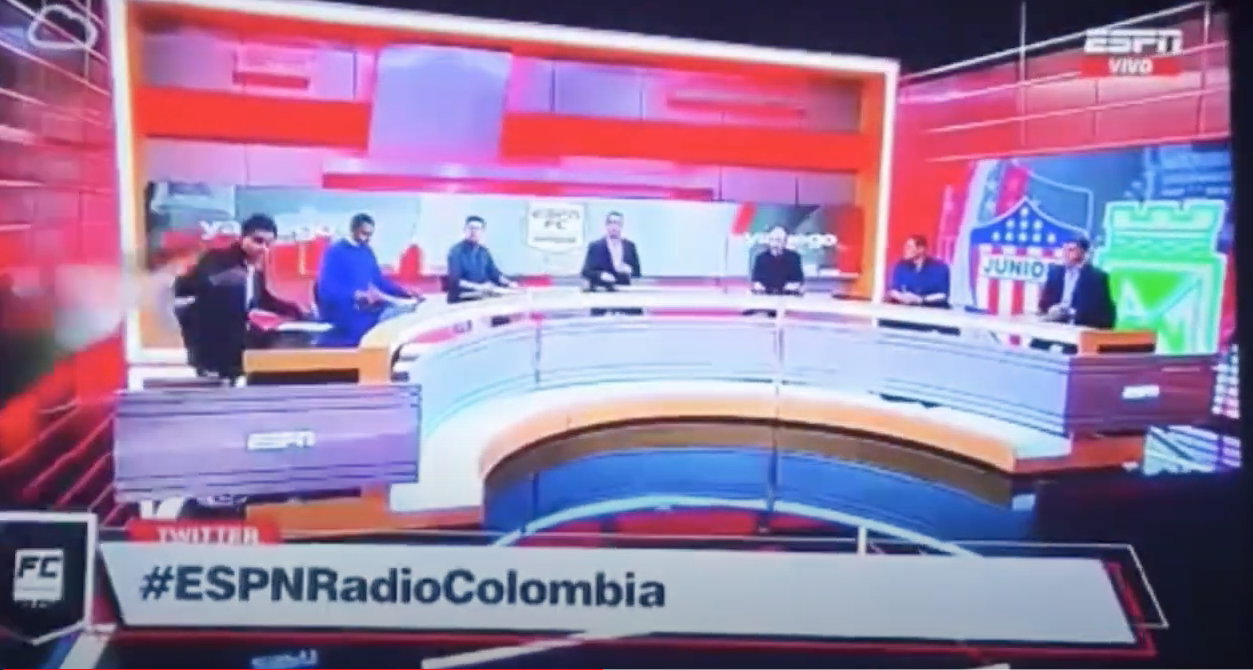 Imagine you’re sitting there talking sports live on TV, just enjoying life without a care in the world. Then WHAM … you get blindsided by a falling giant screen that was supposed to be a part your set’s scenography.

A completely normal day, and then a sudden face plant into your desk.

That might sound bonkers, but it actually happened. On Tuesday, journalist Carlos Orduz was doing a live broadcast on ESPN FC Radio Colombia when he was flattened by the falling screen. And yes, the video of the incident is as crazy as it sounds.

Look, I admit that I don’t speak any foreign languages. For some reason, I thought two years of Latin was a good idea. Do I know Latin? Absolutely not, but that’s beside the point.

This is Carlos Orduz of @ESPN radio ???????? telling everyone he is fine after an incident In studio tonight. You can pull up video.. it’s graphic, and it’s truly amazing he is standing upright and telling us he’s fine. ???????? https://t.co/SMPf0htKtw

The point is that I have no clue what the driving broadcaster said following the incident. I have to give this man credit though. He just watched a colleague get absolutely smashed by a GIANT SET SCREEN and yet, after a small initial reaction, handles it like a champ.

Cool as a cucumber. Nothing but respect.

As for Orduz, he’s fine, thankfully. Soon after the incident, he tweeted to let everyone know all is well. A good ending to an otherwise scary — and shocking — story.