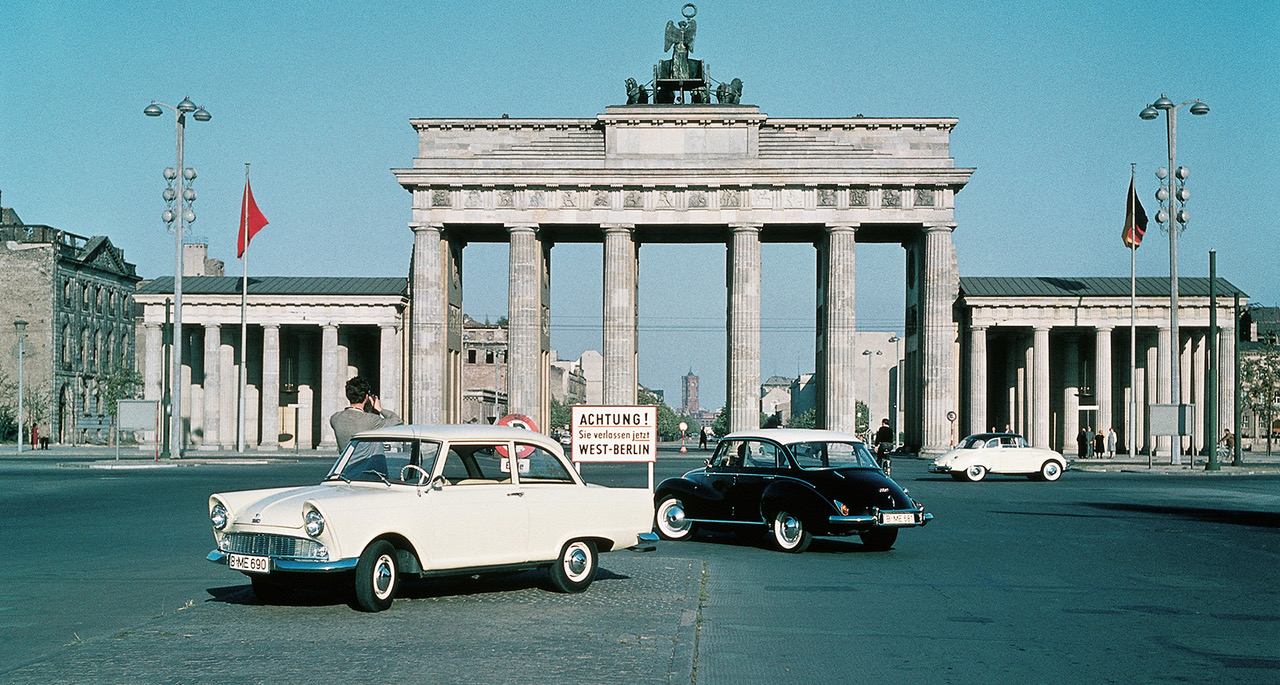 The world has become accustomed to the presence of the Audi brand among the world's most coveted premium car brands. Few people know, however, that this brand is in some respects artificial, and that its postwar history has not been a smooth path to glory and fame. Hard to believe for fans of today's glamorous models, but true all the same.

The history of the four rings is long, and it has something to do with the union of four German car manufacturers, who decided in 1932 to combine their forces in order to survive a period of economic hardship. Creating an entity called Auto Union, Audi, DKW, Horch and Wanderer continued to produce cars under their own names. The next important union in the history of today's Audi brand happened in 1969, when NSU, slowly sinking under the weight of the warranty repair costs of the failure-prone Wankel engine in the otherwise very modern Ro 80, was sucked in by the Auto Union GmbH. The latter had been bought by Volkswagen from Mercedes right after it had gone back to the prewar name of Audi... let's start at the beginning, as this already sounds very confusing.

At the tail end of the 19th century there were many people in Germany who, more or less successfully, tried to build automobiles. Among them was once Augustus Horch, who registered his own company as early as 1899. At that point he had managed the car production at Carl Benz's company in Mannheim, so he had more than a vague idea of how the fledgling industry operated. However, Horch had a weakness: he was a bit of a despot, and some people would classify his firmness as obstinacy, and he violently disagreed with his financial director. He had to leave the company he had created in Zwickau, Saxony, and to rub salt in the wound, a court ruled that Horch would not be able to trade under the Horch name ("horch" means "listen" in German). Horch was mightily angry, and immediately set up a new company, called Audi Automobilwerke. "Audi" means "listen", but in Latin.

On the other hand, Wanderer was born as a bicycle repair shop established by two brothers in 1885 in the city of Chemnitz. After eleven years of making motorbikes, the first Wanderer automobile appeared in 1931. The DKW brand was created, also in Chemnitz, in 1902 by a man named Rasmussen, and after a while the company began to specialize in the production of small two-stroke engines. Later it started to build motorcycles with those engines, and as of 1928, cars as well. The Bank of Saxony brought Audi, Horch and DKW companies together, and on June 29, 1934 Auto Union AG was incorporated, comprising after a while also the Wanderer brand which it bought. Four interlinked rings became the brand symbol of the new group of companies, signifying their indivisible union. In the 1930s the Auto Union brand was very visible on the famous race cars, some of them designed by Professor Porsche, which together with the Mercedes Silver Arrows spread the propaganda message about the strength of German industry and the efficiency of the leading role of the Nazi party. Horch was a brand loved by German dignitaries, including Hermann Goering himself.

After World War Two all the Auto Union factories ended up in the Soviet occupation zone. Some Horch models were produced in the GDR as long as the supply of ready parts lasted, and the racing department of Auto Union was forced to try and design a car for Stalin's son who wanted to become a racing driver. A lot of the equipment was dismantled and taken to the Soviet Union, where perhaps it still gathers dust in some forgotten warehouse. The two-stroke engines of the Trabant and Wartburg Communist cars were derived from prewar DKW motors. It seemed that Auto Union had disappeared for good.

Some members of Auto Union management escaped to Bavaria and there, in 1949, a new company was registered, Auto Union GmbH. The era of postwar production began with cars, vans and motorcycles of the pre-1939 DKW brand. The company was struggling and was bought by Mercedes (!), which started to invest in new models of automobiles (like the W119 prototype). Did you know that Mercedes-Benz at one time actually owned Audi? Anyway, after a while Mercedes sold Auto Union to Volkswagen, and the time was ripe for the introduction of the first four-stroke car after the war: the "Audi" brand was reactivated specifically for that car. The chassis of the F103 model, as it was known internally, came from the F102 DKW, and the 75-hp engine was a unit designed by Mercedes. It had been prepared for a military vehicle which never entered production, and it was longer than the two-stroke DKW unit. This was the reason the radiator was not optimally positioned, and the engine tended to overheat. At the beginning the car was known only as "The Audi", later it was called "75", and more versions appeared, namely 60, 80 and Super 90.

Under the Volkswagen stewardship new models continued to appear, including the first Audi 100 series, then the Audi 80 which spawned the first VW Passat, and the small Audi 50 (which led to the creation of the VW Polo and Golf). But... success was not coming. The Audi brand had no identity and was perceived as conservative by customers. And then Audi caught a lucky break: during the testing on snow of the military VW Iltis offroader, one Jörg Bensinger had the brilliant idea of transplanting the all-wheel-drive system into a passenger car body. At the beginning the company management was reluctant to proceed, but soon the Quattro drive became synonymous with Audi, and breathed new life into the stagnant brand.

In the second half of the 1980's Audi got into trouble again. First of all, the model 80 was being treated in Germany as a "retiree's car", young people would not be seen dead in one, and sales figure dropped drastically. Secondly, the CBS TV network in the US started a panic related to the so-called "spontaneous acceleration" phenomenon from which, allegedly, the Audi 5000 suffered. The whole story was a fabrication (much like the recent campaign against Toyota hybrids) and the accidents were caused by Americans mixing up the gas and brake pedals, but the damage was done. AS an aftermath of the whole affair, all cars in the world equipped with automatic gearbox now have a brake pedal interlock, and without a push on the brake pedal the transmission cannot be shifted out of Park.

VW bosses had to make a decision, either to give the brand a new direction, or to put a padlock on the door. The managers gambled on design being the key to revitalizing the old brand created by Augustus Horch, and fantastic concept cars like the Avus, created by Martin Smith and J Mays, showed a new direction for the Audi brand, for the first time creating links with the Auto Union race cars of the Nazi era. The new look worked, especially as the production cars sported beautiful interiors with an industry-leading quality of the materials and of switchgear haptics. Everybody remembers the switches, but nobody can recall the 1989 Audi hybrid, the Duo, or the 1997 plug-in hybrid, also called the Duo, built in a short series.

The recent struggle with the consequences of the so-called Dieselgate and the incarceration of company executives have made the position of Audi precarious again, but it is poised to bounce back thanks to the new, fully electric vehicles. It is imperative that VW help the Audi brand, as apart from Porsche it is the only one really profitable in that huge empire. Whatever happens, nobody is ever going to forget the brand created by the angry Herr Horch. 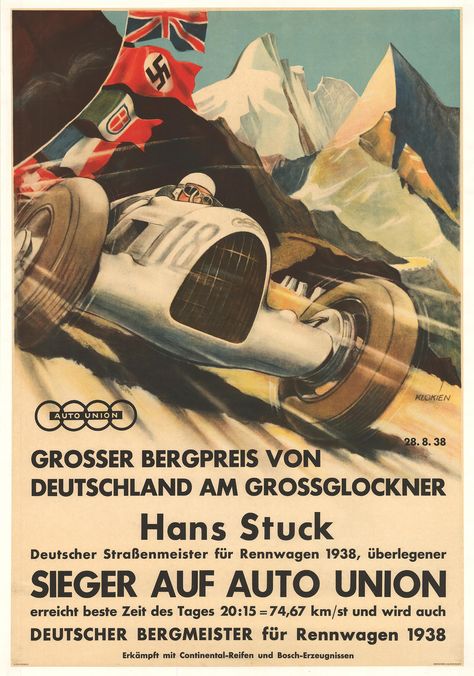 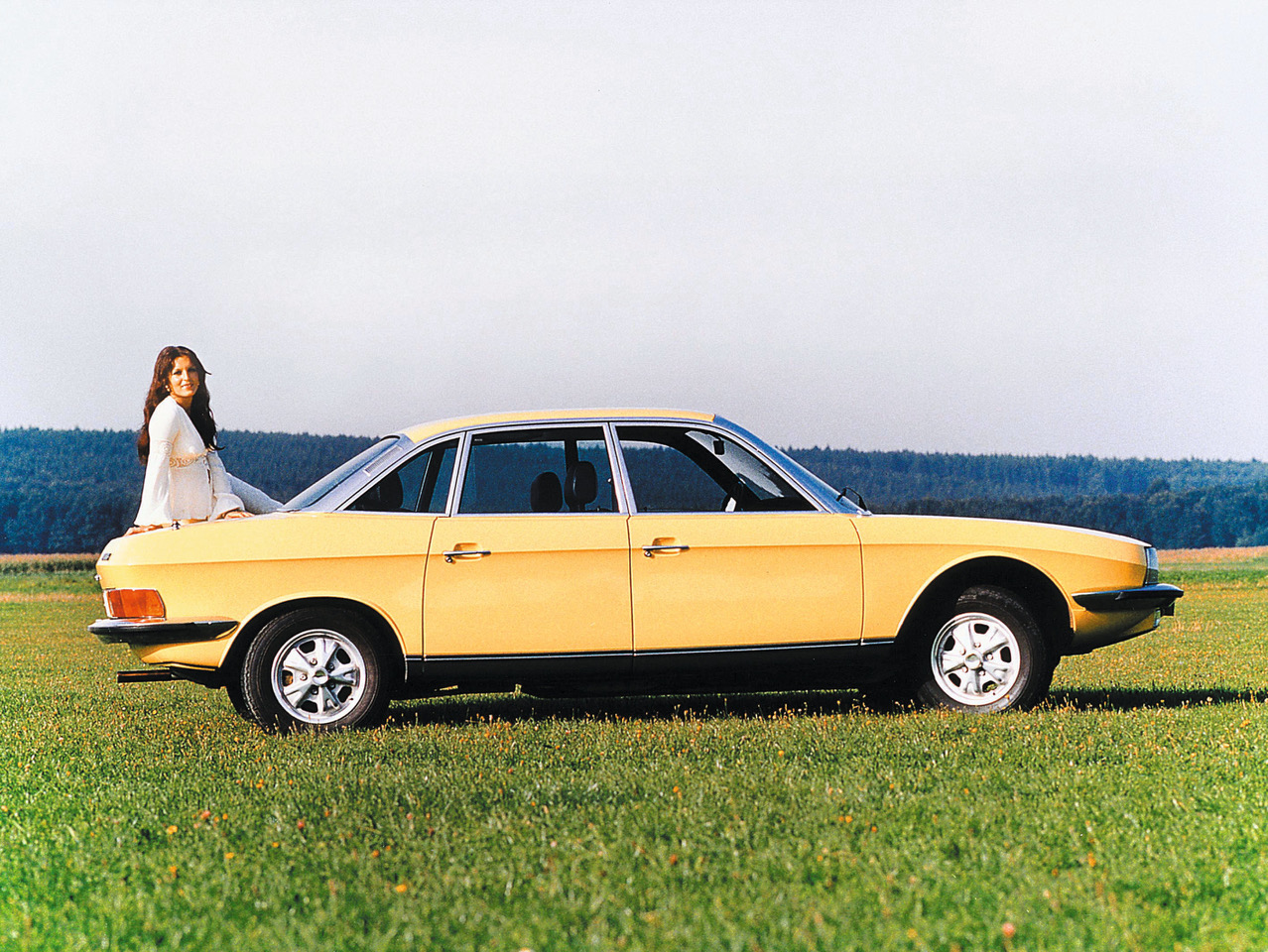 This Is How You Take A Lamborghini To The Beach