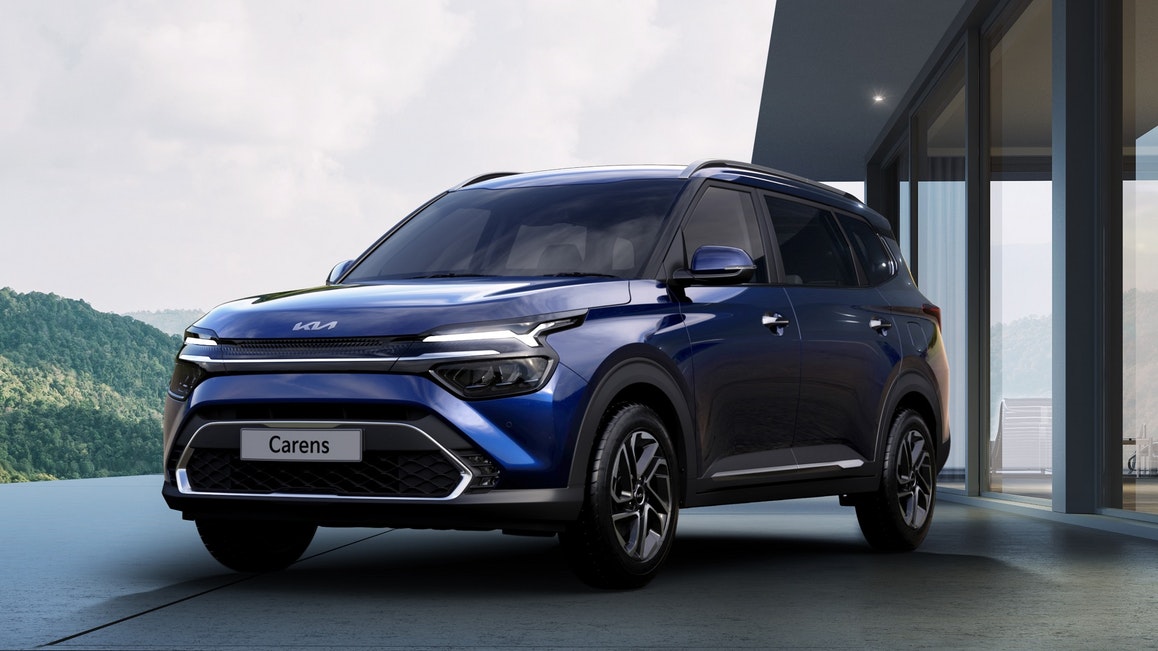 Here’s something that you should know from the get-go – the Carens might have some ingredients that make an MPV (Multi-Purpose Vehicle), but Kia has been cautious not to use that acronym anywhere in its official blurb. Instead, the brand has tagged its new offering as a “Recreational Vehicle (RV)”. That term might be of everyday use in other markets, such as the USA, but it’ll only confuse people in India. Perhaps the official word from Kia India is a bit different. Who knows!

Anyway, coming back to the job in hand. The Carens. Like all Kias of late, it looks interesting. Be it the flashy design, with all angles here and there, or the beautifully-balanced dashboard layout, which, as per me, is one of the main highlights. But, besides those aesthetically-pleasing touches, the Carens has a lot going for itself in terms of practicality and safety. For instance, it has a three-row configuration and a choice of six- and seat-seat layouts. And, as standard, all variants will pack six airbags, Electronic Stability Control, Vehicle Stability Management, Hill-Assist Control, Downhill Brake Control, Brake Assist System, tyre pressure monitoring system and disc brakes for all wheels. Thumbs-up for that!

Forgive me, but some dry stuff has to come in now. Carens’ skeleton is an extended version of that of the Seltos. Kia says that the wheelbase is the largest in the segment – a claim that the Hyundai Creta-based Alcazar made when it debuted. And, as we know, a longer wheelbase almost always translates to a roomier cabin. We don’t have confirmed numbers just yet, but reports suggest that the Carens’ wheelbase is longer than that of the Toyota Innova Crysta – one of the bestselling MPVs in India. But the Carens isn’t as long as the Japanese MPV.

Let’s talk creature comforts. Like other models from the South Korean brand, the Carens will offer a plethora of features. The list includes a 10.25-inch touchscreen infotainment system, an 8-speaker Bose sound system, 64-colour ambient lighting, electric sunroof, ventilated front seats and a built-in air purifier – a must for those highly polluted metros. Other features, such as multiple driving modes (Sport/Eco/Normal), LED DRLs, wireless mobile charger with cooling functionality, a digital instrument cluster and Kia Connect, which ropes in connected-car technology, are also available. However, one particular aspect isn’t as pleasing to behold – the wheels. The Carens has an upright stance, which deserves bigger shoes. But, those 16-inch alloys seem a tad too small. That said, Kia might offer larger wheels in other markets.

Moving to the mechanical stuff – Kia will offer the Carens with the same engine-transmission options as the Seltos. At least in India. That includes 1.5-litre petrol with 113bhp/144Nm; 1.5-litre diesel with 113bhp/250Nm; and a 1.4-litre turbo-petrol with 138bhp/242Nm. Both 1.5-litre engines will come coupled to a 6-speed manual transmission as standard, while the 1.4 will have a 6-speed iMT in the mix. Alternatively, you have a 6-speed torque converter (with the diesel), a CVT (with the 1.5 petrol) and a 7-speed DCT (with the 1.4).

Kia has announced that the Carens will be available in India and other markets starting from the first quarter of next year. And those residing in India can even book one right away. As for the rivals, it’ll lock horns (in India) with its step-sibling – the Hyundai Alcazar – and three others – the Mahindra XUV700, Tata Safari and the MG Hector Plus.

NO FILTER DXB: IS THIS THE FUTURE OF AUTO SHOWS?