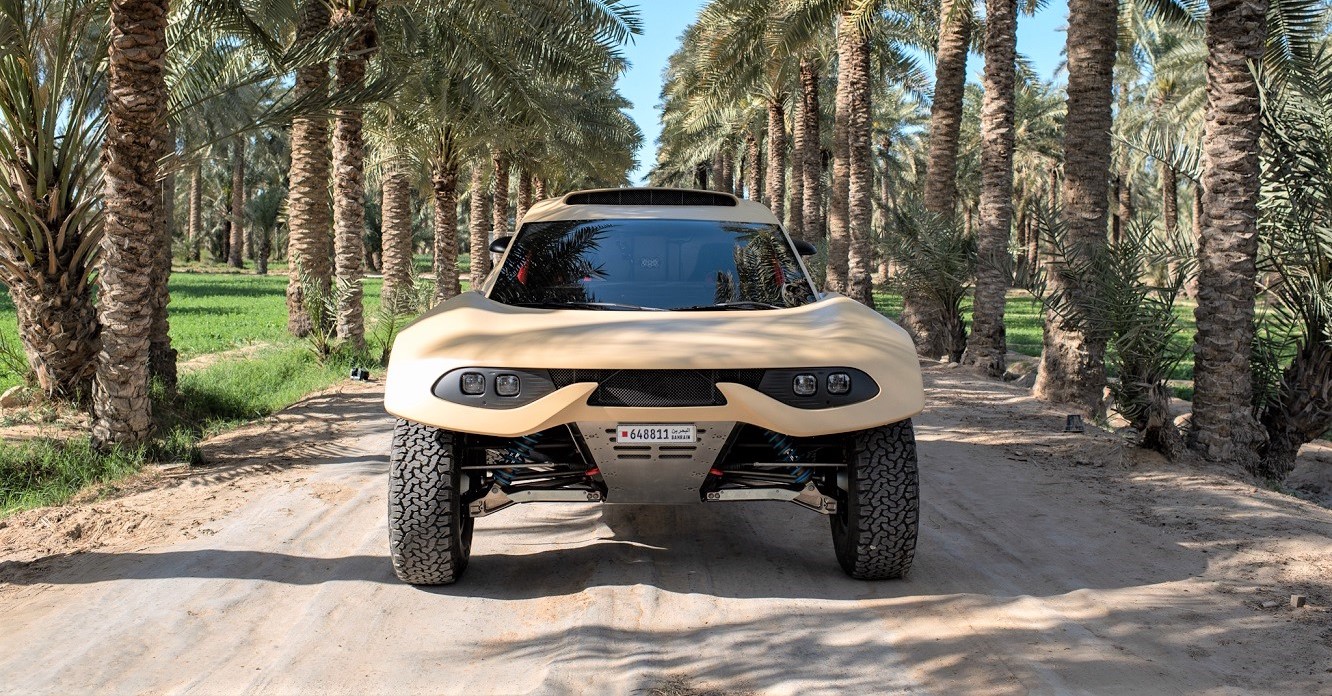 The makers of the world’s first all-terrain hypercar have opened the order book to UAE buyers keen to add the limited edition vehicle to their private collections.

The Hunter is a 600 bhp, four-wheel drive car built to deliver unrivalled performance across the toughest desert landscape, and with the comfort and style to make it an eye-catching addition to urban highways.

It is based on the competition car driven by Sebastien Loeb, the most decorated rally driver in history, in the world’s toughest motor sport race, the Dakar.

UK-based Prodrive, the world-leading motorsport business, is building a limited number of Hunters to the individual specifications of select super car enthusiasts.

Prodrive has made the UAE a priority market based on the abundance of discerning luxury car collectors in the country, and the combination of classic desert terrain and world-class road systems where the Hunter excels.

The first development version of the Hunter is currently being refined at Prodrive’s UK base after making its maiden public appearance anywhere in the world two months ago in Bahrain, to coincide with the F1 Grand Prix.

It will be shipped to the UAE in due course to give potential customers the chance to drive the car, and confirm their personal specification for production vehicles to be delivered later this year.

Those reluctant to wait are being invited by Prodrive to test drive the Hunter at its base in Banbury, Oxfordshire.

The Hunter is even more powerful than the version driven by nine-times World Rally Champion Loeb, with a 50% increase in power from the 3.5 litre V6 twin turbo engine, and more suspension travel to absorb the harshest of terrain.

But while the car is even faster and more capable than the rally version, it is also more refined, with a stylish interior much more in keeping with every day use than racing.

The Hunter retains the Dakar competition car’s engine, drivetrain and suspension, but to improve driveability, the manual sequential gearbox has been replaced by a six-speed paddle shift, giving a smooth gear change in just milliseconds.

The car will be capable of accelerating from 0-100 kph in less than four seconds, with a top speed of nearly 300 kph.