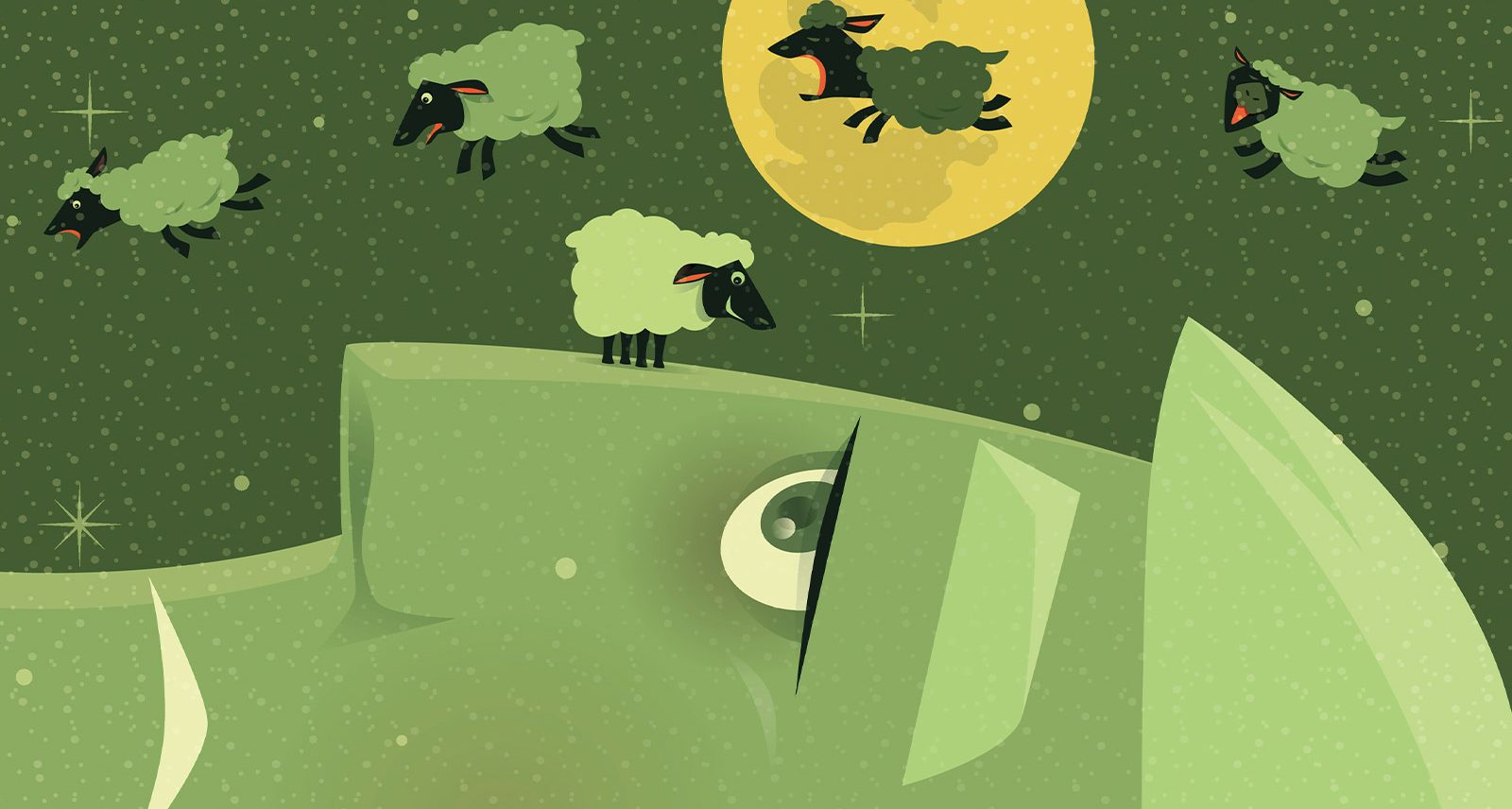 It’s 3:28 a.m., and for the past three, maybe four hours, I’ve been trying to fall asleep. To get the seven or eight hours that sleep experts recommend for adults, I’ve followed almost all their tips.

I blocked all the light in my bedroom. I turned off my phone, reluctantly, and dialled down the radiator to help lower my body temperature. And yet, night after night, I chase the most elusive of human necessities: a good night’s sleep.

It comforts (but it doesn’t help) me to know that I’m one of the 43 per cent of Canadian men who report trouble getting to sleep or staying asleep, according to a Statistics Canada study from 2017. For women, the number is closer to 50 per cent.

While biological and psychological factors — poor diet, workplace, romantic or financial worries — contribute to sleep disorders, a larger cultural and economic shift in our relationship with the night provides a more holistic understanding of this crisis. It’s not just New York City that never sleeps; it’s most of us, anywhere and everywhere.

Sleep experts tend to date the change in how developed countries disrupted the collective biological clock to the beginning of the industrial revolution in the nineteenth century. Until then, a largely agrarian and rural society followed the natural rhythm of the 24-hour cycle: morning and afternoons for work, evenings and night for rest and sleep. In Wild Nights: How Taming Sleep Created Our Restless World, Benjamin Reiss suggests that current notions of the uninterrupted, perfect-night sleep are a recent invention. The solutions for the perfect bedtime experience may actually be causing the problem.

“Battering our sleep with rules, training manuals, rituals, and commercial sleep products,” Reiss writes, creates “a society of fussy, stressed-out sleepers.” We’re cranky because we try not to be. Other sleep experts have documented how some cultures thought of sleep at night in increments or stages in which a few hours of shut-eye are followed by some nocturnal activities (food or sex) and then back to bed.

Despite my best attempts to resist it, incremental sleep has led to some of my most serene and happiest moments. After years of training myself to conquer sleep, I’ve surrendered to my wakefulness. There’s comfort in surrender. These days, I just pick up books I bought recently and never had the time to crack. When I’m too tired to read, I catch up on the numerous podcasts that I subscribe to or browse for new ones. The sound of strangers talking into my ears is oddly comforting, partly because I don’t have to join the conversation and partly because it comes with a readymade excuse to tune it out or, eventually, dose off without being rude.

I’ve become addicted to the BBC’s In Our Time, a Radio 4 program in which host Melvyn Bragg invites three guests to share their expertise on a single arcane or misunderstood subject. In the past few weeks, I’ve learned more than I probably need to know about Tutankhamun, the Siege of Paris in 1870–71 and the colonial history of coffee. A few hours of reading and learning for pleasure (and not as part of my job) strike me as a luxury, a gift from the gods of insomnia — and a fair compensation for the toll that sleep disorders take on my body.

I don’t mean to underplay the darker, long-term ramifications of sleep deprivation. The U.S. government declared sleep disorders a public health epidemic in 2016, as medical evidence links them to obesity and heart disease, as well as a third of fatigue-related fatal traffic collisions. The effects on our collective mental health are incalculable.

“Incremental sleep has led to some of my most serene and happiest moments. After years of training myself to conquer sleep, I’ve surrendered to my wakefulness. There’s comfort in surrender.”

What remains less understood and may lead to a worsening of this crisis is the dismantling of that break between the workday and the restful night for people who, nominally at least, have nine-to-five jobs. Mission creep seems an understatement when our mobile phones and laptops keep us tied to the office space long after our bodies have left them. I don’t mean just the need to respond to emails from colleagues or bosses, but the realization that the workday is simply not enough to get our lists of tasks done.

We’re borrowing from our free time to make up for the hours that were usurped by additional work, pointless meetings, or maneuvering demanding co-workers. The mental gap required to transition from the stress of work to the relaxation and rejuvenation of sleep — those hours where I really should be listening to those podcasts and reading my books — is narrowing, and, for most freelancers or the self-employed, disappearing altogether. The attention economy and the electronic gadgets that govern so much of our day-to-day lives don’t care much for our right to sleep.

The conversations we have internally as we replay the day in bed are dwarfed by the never-ending ones that take place on social media or the 24-hour news cycle. #NightTwitter has become a rallying point for millions of gig-economy workers, students and news hounds. In April, scholars of disciplines as wide-ranging as history, urban studies, health, and economy are scheduled to descend on McGill University for an international conference on media and the night. It would be hypo- critical of me to suggest to the organizers that we shut down our connections to the outside world a few hours before bedtime just like we limit food and avoid caffeine. I know that hasn’t worked for me. I wonder, therefore, if the sleep revolution experts seek should be one in which the complications of our over-connected world are factored in: how to sleep through the noise of life and not away from it.

In making that proposal, I’m also acknowledging that what I’m dealing with is a form of addiction — to breaking news, to Twitter threads, to rants, to the goings-on of a political cycle where, despite claiming otherwise, I continue to be shocked by the assaults on democracy and on the environment. Bedtime? Yes, right after one more column about the coronavirus or the bungled peace plan for the Middle East. It’s a miracle that so many people can sleep through it all.

My late father, who also suffered from the same condition, used to sing a lyric from an old Arabic song: “I stayed wide awake and alone while the night went to sleep.” I think I finally know what that feels like. But I wish I could go back in time and tell him about that sweet, sweet surrender to sleeplessness.

KAMAL AL-SOLAYLEE IS A JOURNALIST AND PROFESSOR AT RYERSON UNIVERSITY, AND THE AUTHOR OF THE AWARD-WINNING BOOKS INTOLERABLE AND BROWN.

Author Mark Manson on Modern Relationships, Staying Calm in Uncertain Times and His New Audiobook 'Love Is Not Enough'