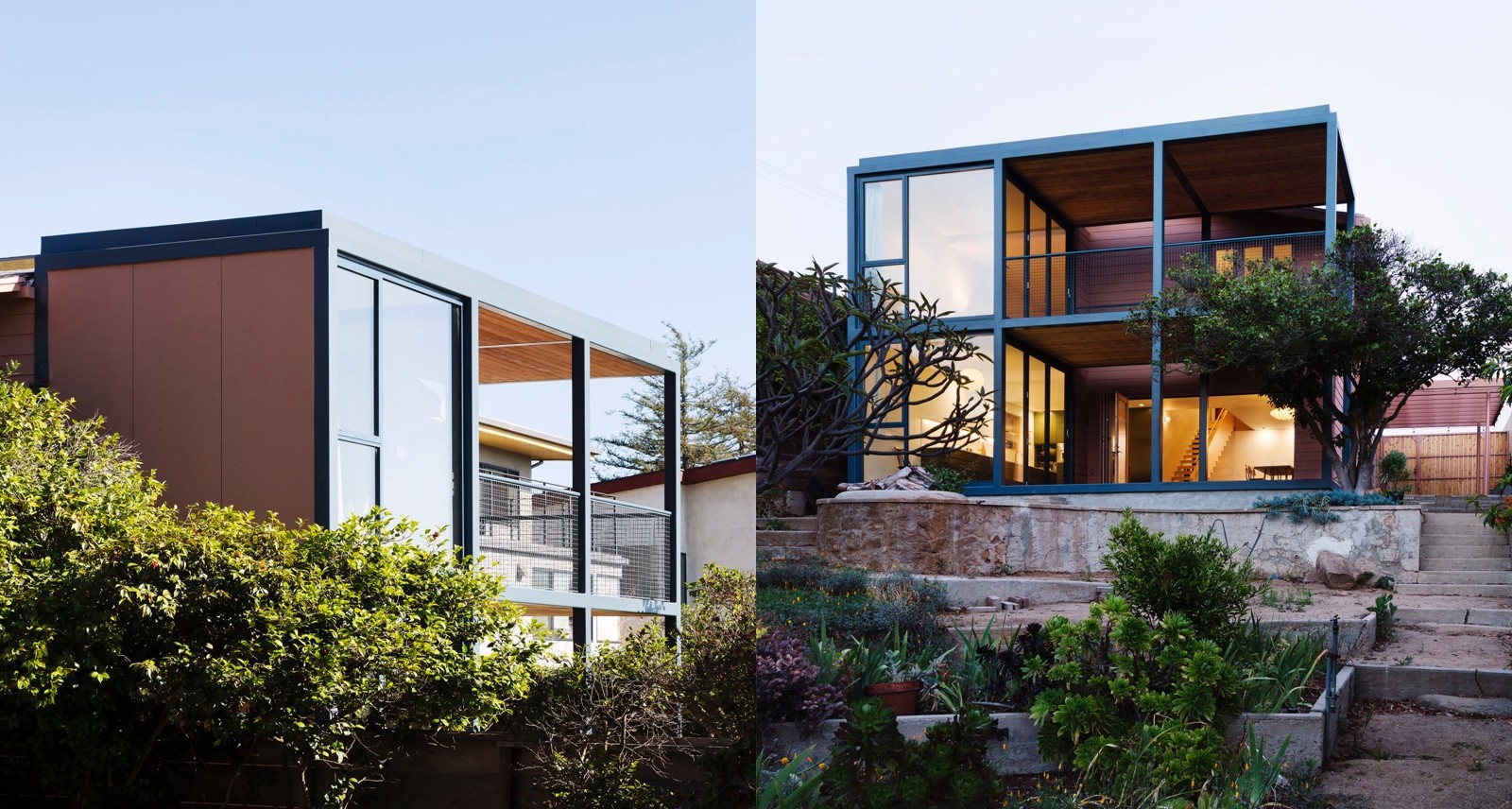 ho remembers the show, Weeds?  Tale of widowed suburban mom turned pot dealer who somehow gets involved in an underground tunnel scheme between Mexico and the U.S. — you must have lived under a rock if you don’t because it was literally a fucking hit.  Remember that opening theme song?  We all sang along to it — or really, half-assedly mumbled along to the parts we could remember.  “Little boxes on the hillside, little boxes made of ticky-tacky…there’s a pink one and a green one…and they all looked just the same,” sang Malvina Reynolds.  Well if we ever had the opportunity to make an analogy between a house and Nancy Botwin, now is probably our only chance — because this little hillside pink bungalow is not exactly what it seems.  It’s not like a meth lab or anything, it just has a really cool addition — that was another show. Located in the Echo Park neighbourhood of Los Angeles, this little bungalow combines the duality of vintage architecture and modern design.  Called the Fleischmann Residence from Productora, an architecture firm with offices in Mexico City and Los Angeles.  The front of the house retains most of the original 1920’s elements, the original home was just a generic tract home — hence the “little boxes” reference.  The architects wanted to maintain as much as they could from the original structure “we considered the typology interesting in relation to the site’s context and history,” says Productora. They decided to add a modern grid-like extension to the back of the house instead.  Painted in blue, it juxtaposes the home not only with colour but time.  Adding a modern extension to a “historic” building isn’t exactly a new trend but we can admit it’s still interesting.  Michael Lee-Chin’s ‘Crystal’ at the Royal Ontario Museum or I.M. Pei’s ‘Louvre Pyramid’ are definitely legitimate examples of modern additions to historic architecture.  They were both controversial when they went up but now we appreciate and understand it, the latter is literally a Parisian icon at this point.  Four of the six cubes in the grid serve as covered terraces overlooking the garden while the other two are glazed extensions of the kitchen and master bedroom. Inside the home, they excavated the existing crawl space at the front of the house to up the square footage of the property.  This gave the home a new ground level which houses the main living space and is connected to the second storey via a saw-tooth staircase.  A light colour palette of wood, marble, and polished concrete gives the space an minimal feel while still remaining warm. A Jaw-Dropping Geometric Home in the Heart of Mexico