Quincy Jones is a quick study of humanity. It’s one of his many superpowers. He can glance at a person and decide there and then they’ll be capital I important. And he’s usually right: that initial spark can turn into the most popular album of all time (you’re welcome, Michael Jackson), or a zeitgeist defining TV series (how y’doing, Will Smith?). But at 85, he’s finally started talking about his own life — and he’s not slowing down. That’s the basis of Quincy, the Netflix documentary directed by his daughter, Rashida Jones. We sat down with the Hollywood legend to hear a few of his famous stories for ourselves.

Civil rights are a cornerstone of your story. In Quincy, every scene appears to show you breaking another colour barrier or trying to heal a cultural wound through art.

I’ll always be political. I had great role models, man. I worked with Dr. King. I met him in 1955 at Jackie Robinson’s place. My band played a fundraiser for Rachel and Jackie and she said to me, “When you get off I’d like you to meet a very special friend of mine.” A guy came over, he had a black tie on, he had a beer in his hand, and Rachel said, “I want you to meet Martin Luther King.” It wasn’t Dr. then. Charlie Parker had just died three months before. Before every new black activist movement, black music changed. We had just changed to bee-bop and Charlie Parker died. Then came Malcolm X, Dr. King.

Would you say we’ve backslid in recent times? 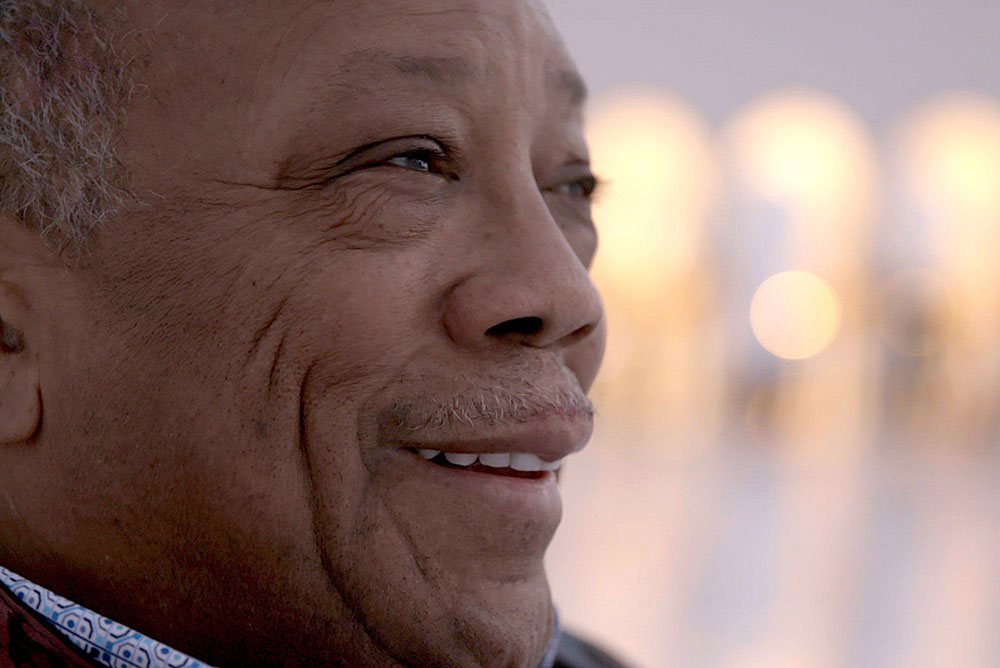 You had some part in that.

There’s always been that connection, because we helped usher hip-hop to the mainstream through Fresh Prince of Bel-Air; through Back on the Block. All of that stuff.

The film touches on that stewardship but it didn’t mention that your championing of hip-hop cost you your relationship with Michael Jackson.

I had Run-DMC ready to go on an anti-crack thing and Michael said, “Quincy is so old he doesn’t realize that rap is dead.” I said, motherfucker it hasn’t even started yet.

In the doc, you’re shown casually calling important historical figures like Colin Powell, who are happy to do you a solid. I think it’s safe to say you have the best Rolodex…

That sounds like Lionel Richie, man. My work entails more than having a great Rolodex. Trust me. It’s not who you call, but why. Colin Powell is like my brother. I talk to him every other day and he tells me what’s going on. He’s Jamaica and Bronx. Did you know Malcolm Gladwell is his nephew? Jamaican and Canadian!

Usually projects like this documentary, lifetime achievement awards, they indicate you’re planning on —

Expiring? No way, man. The doctors at the Karolinska Institute in Stockholm promised me 30 more years. With nano technology and the genome breakthrough in Cal State, kids can now live to 150 and I’d like to live to 110! I got 30 more years left, man. I got plenty to do!

What’s an Easy Way to Participate in Dense Conversations About AI?

Why I Still Use a Jukebox in the Streaming Era

How Do I Look Like I Know What I’m Doing in an Art Gallery?

So Help Me: the Pitfalls of Volunteer Work