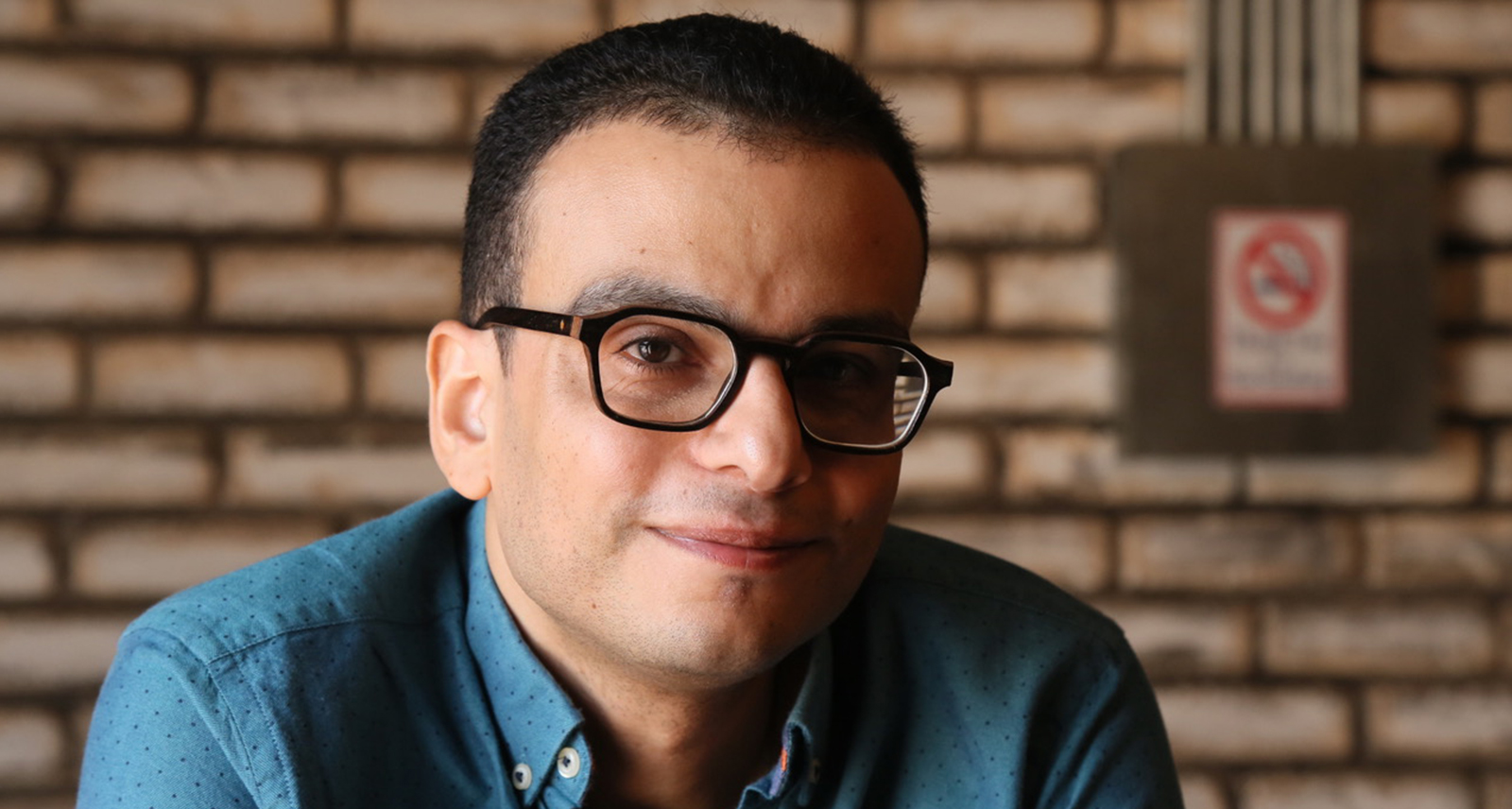 How did it all begin ? what got you into the movie industry in the first place ?

I think it all started when I was 10 , my family took me to the movie theaters a few times before that to see blockbusters like Indiana Jones ( which I loved ) but at the age of 10 I had a different experience , my father , intellectual as he was , took me to watch “the last empror” and it was a revelation , a film like I have never seen before , later , on the day he took me to watch “Alexandria forever and ever” by Youssef Chahine , I came out of the theater knowing that this is what I want to do in my life , become a film director “like Chahine” , I finished French school ( college de la salle for primary and high school), applied for film school got admitted , and here we are today

Tell us about the obstacles you faced when you first started ?

Well , I think I was lucky on so many levels , obstacles were minor , convincing my family to become a director instead of an engineer specially with my high grades which would help me get into the highest rank university , even the Dean of the Cinema institute at the oral exam , he said to me : I prefer to give your seat to someone else who needs it , your grades can make you become a doctor or an engineer , why film school ? well that’s where I see myself I said

So here was I , dropping Engineering Faculty which my papers went to , applying to Film institute among like 1500 person from which only 10 will be chosen for Directing Department , with no family friends or ties to the industry and we all know that counts in your acceptance to the institute , yet I made it , became first of my class for 4 years in a row

Then off course there was the whole “Youssef Chahine apprentice”  thing which is a blessing and a curse in the market  , you learn about cinema like no where else , yet you are framed like an intellectual complicated Art house filmmaker and producers are afraid to even listen to you talk about the films you want to make , yet again I made it and today at the age of 40 I have 6 feature narratives , documentaries , shorts , can’t complain

What is it like working and being taught by Youssef Chahine ?

It ‘s a marvelous experience , 5 years of being Close to Chahine , I came out a different director and most important , a different person , he shares his knowledge about cinema , theater , music , life experiences with you , when you work with him , you are under the impression you are doing the most important job In the most important project in the world, my French language helped me a lot to be closer to the execution of his films because of his coproductions , I learned how to do sound design  , lab work , coloring in France in the best studios in Europe because he trusted me to do that in his films

Well there are a lot of special moments , I mostly remember when I was doing sound design for Alexandria New York film by Chahine and had this idea I wanted to do , His mixer was like : oh nice idea but it’s Chahine , he would never like that , when there is music everything else should shut up , and I knew that for a fact , yet we decided to leave it and listen to it one time at the big auditorium with him , Chahine arrived to Paris , listened to the work we done, Came that scene he stopped , looked at us and asked who did that , shivering I said it was me , he smiled and said : ok , good , we’ll keep it that way , later on at diner he celebrated me like I had discovered the Americas , I can never forget the appreciation he showed that day for thinking and taking an initiative

How did the idea of Curfew come to you ?

Tell us more about Curfew , the characters the setting the experience …

Well it is set in 2013 , Faten ( Ilham Chahine ) comes out of Jail after 20 years of committing a big Crime , and she is obliged to spend the night because of the Curfew with Laila “ Amina Khalil” who can’t get over the crime Faten did and who keeps asking for the motive which for mysterious reasons , Faten is keeping to herself whatever the price is

Working on this project was great , I had a courageous producer “Safei Eldin Mahmoud”

And the film for me was all about the actors and the chemistry we had together , Camera movements , Artistic style is indeed important , but that film would be a great failure if the acting is less than great , it’s a duel and I was lucky to work with Ilham for the first time, Amina for the second and exploring new experience with the Palestinian actor Kamel EL Basha .

Aside from the pandemic, what other problems is Egypt'scinema industry facing?

I think Egyptian cinema is going through a rough phase production and funding are becoming 'monotone,' pushing unique films only into the pipeline. Independent cinema was carrying a heavy weight during the last years in representing Egyptian cinema internationally. But making and funding these films becomes harder every year.

How much has your post as artistic director of El Gouna Film Festival taken you away from your work as a director?

Undoubtedly being the artistic director of GFF has slowed my filmmaking plans. It is not easy being in charge of the biggest festival in Egypt and maybe currently in the region, the pressure of maintaining the success level we've achieved since our first edition makes the festival more and more time consuming. I think the result is worth the effort but I do wish I had more time for my films.

What highlights can we look forward to in October?

I think the next edition of GFF will be marked by our new festival center The Plaza and also some of the digital and virtual features which we will introduce this year that will mark a new era for the festival. As far as the line-up announced so far we promise the audience the most important international and Arab films of the year as usual.

Even though other Arab festivals like Marrakech announced the cancellation of their upcoming editionsGFF management are moving ahead with the festival despite the coronavirus pandemic. Why? What are the precautionary measures GFF will be taking?

I believe we have a responsibility toward the cinema industryand cancelling the edition would have been a very tough decision. Many events have already been cancelled and cinema is living a time of great depression. Filmmakers in the region especially need the support the festivals offer them and we believe we have a responsibility toward them. On the other hand the safety of our guests is a main priority this year. We've been planning early for more digital features, creating social distancing in venues took us months of planning. Constant coordination with the Ministry of Health for a plan of action has been taking place for a while now.

After a Lost Season, Taylor Hall Is Setting His Sights High