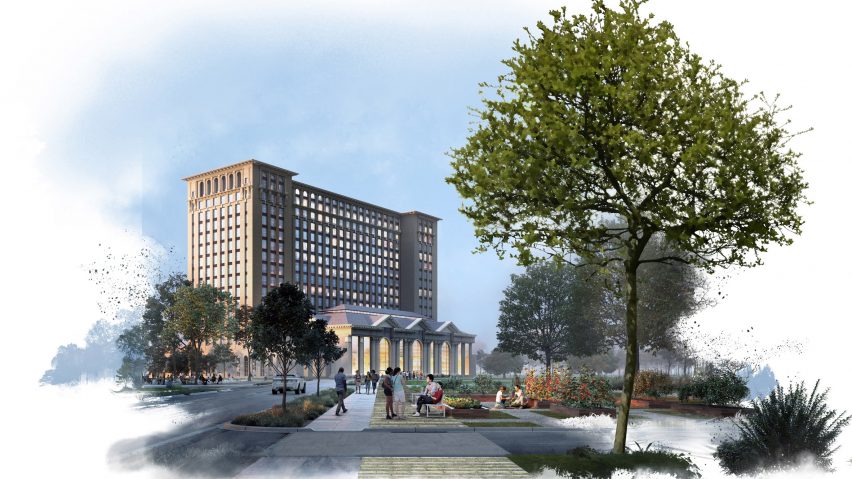 Architecture firm Snøhetta plans to transform Detroit's Michigan Central Station into a research hub for car company Ford, with proposals for a "collaborative ecosystem" of professionals to develop self-driving vehicles.

The Corktown Campus project will involve the overhaul of the historic building, which has been in disrepair for 30 years since Amtrak last used the train station, as well as nearby facilities to form a mixed-use development close to downtown Detroit.

Plans also include restaurant and retail spaces on the ground floor, with residential provision across the upper floors. 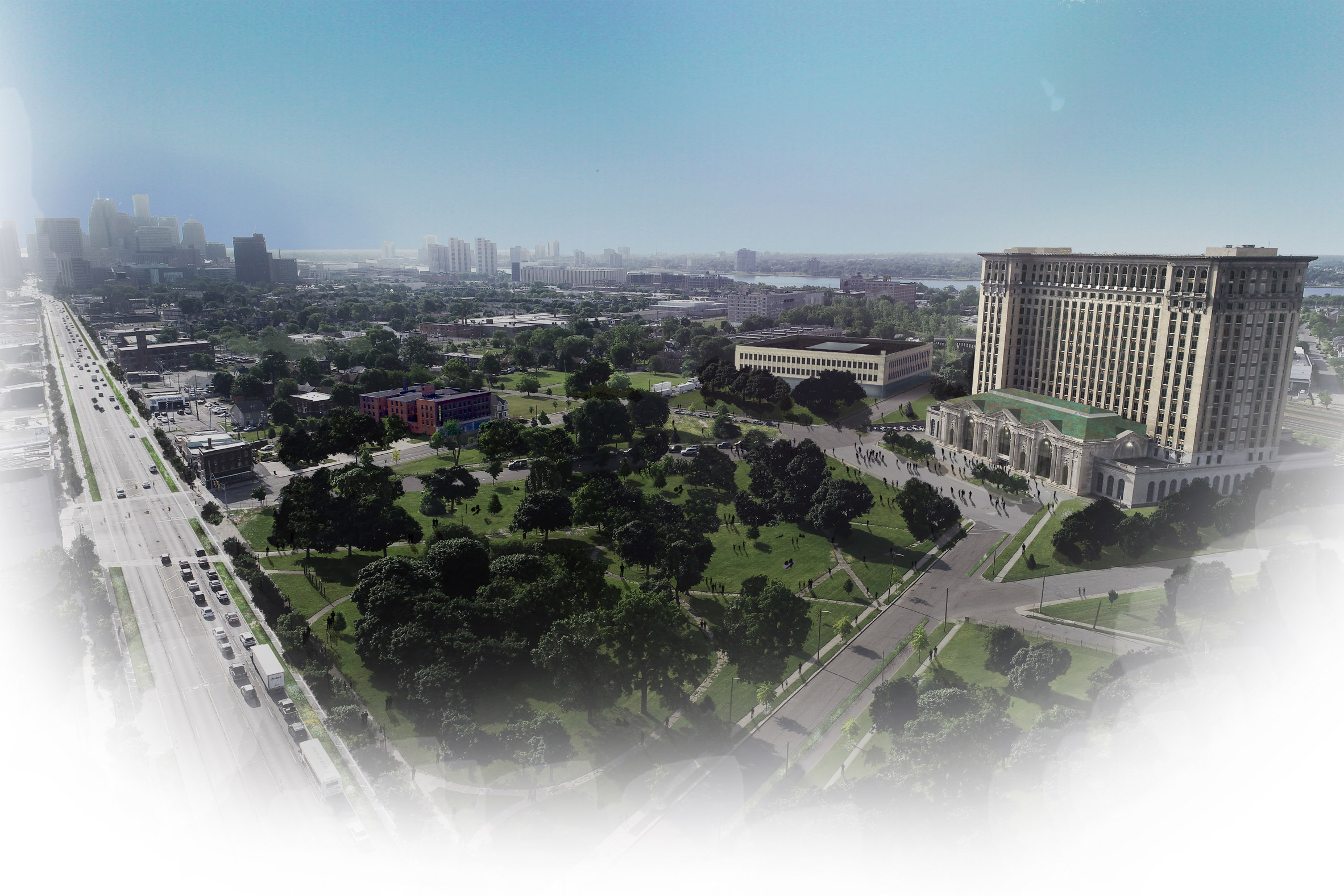 "This is where part of our team will live and work as a part of this community, alongside the customers and neighbours whose lives we're trying to make better," said Ford president and CEO Jim Hackett.

The Corktown project will be the hub for Ford's electric and autonomous vehicle business teams. Here, the company plans to create an open platform "that manages information flow and transactions between different services, to help cities optimise their various modes of transit", according to a statement

"This will be the kind of campus where the emerging economy thrives – a collaborative ecosystem of companies, educators, investors, and innovators," said Hackett.

The project will involve preservation efforts for the 18-storey Beaux-Arts-style station building, which is listed on the US National Register of Historic Places.

Completed in 1913, the structure was built by firms Warren & Wetmore and Reed & Stem – both of which are credited with designing Grand Central Terminal in New York City.

The Detroit station was designed at the same time and has similar features, including its shape and symmetry, as well as details like the exterior pillars, pilasters, arched doorways and windows. 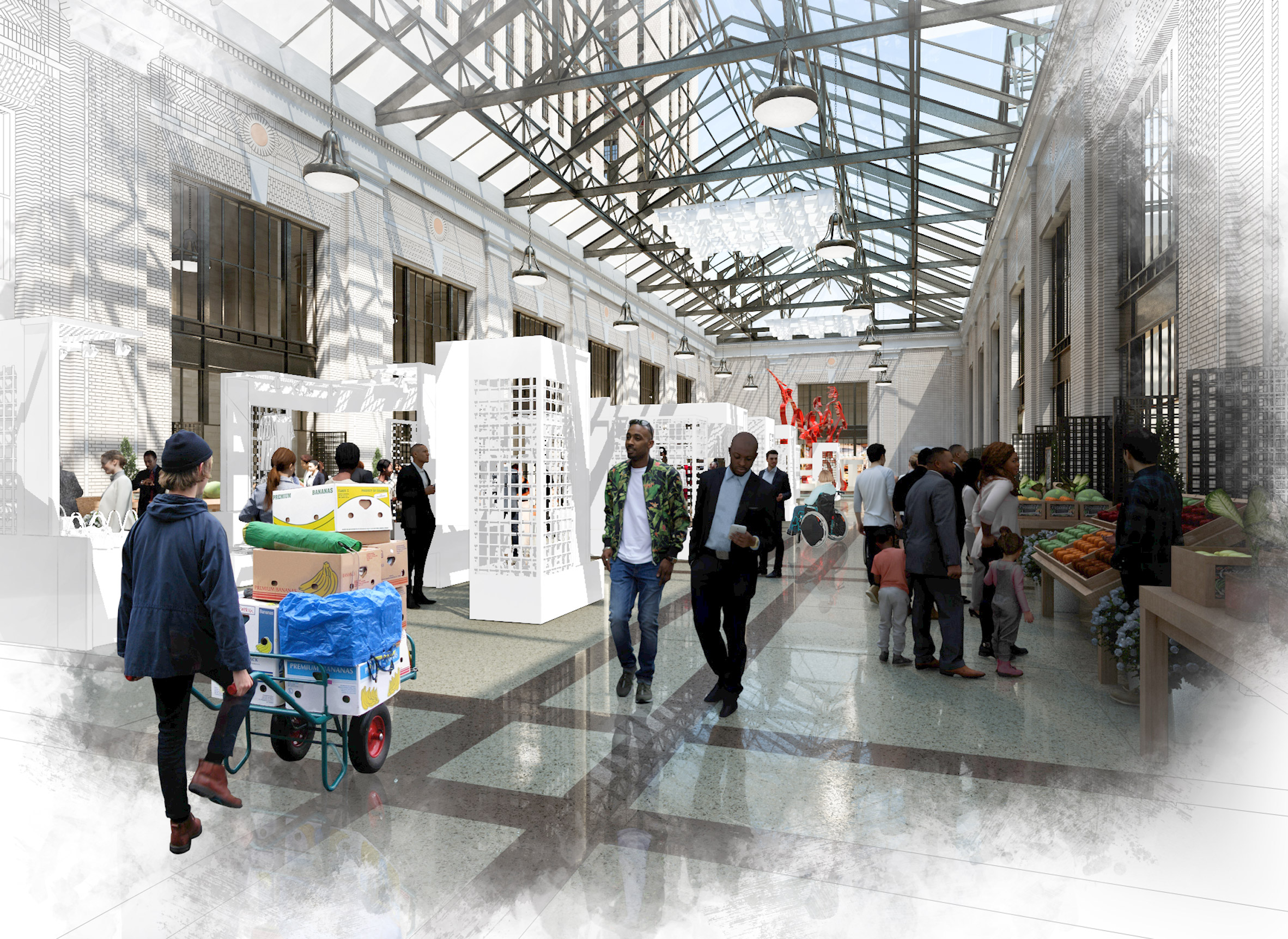 Inside are marble walls and vaulted ceilings, resembling a Roman bathhouse. A large hall with Doric columns originally housed a ticket office and shops, while central train concourse included brick walls and a large copper skylight.

"The preservation and redevelopment of the historic Michigan Central Station will be the centrepiece of Ford's new campus in Detroit's Corktown neighbourhood," said a statement from Snøhetta, which has offices in Oslo and New York.

How Long Should You Wait to Text Back?

What’s More Expensive: a Private Island in Canada or a Decent-Sized Vancouver Condo?

20 Father's Day Gifts That Will Make Any Man's Summer

A floating Pacific island is in the works with its own government, cryptocurrency and 300 houses