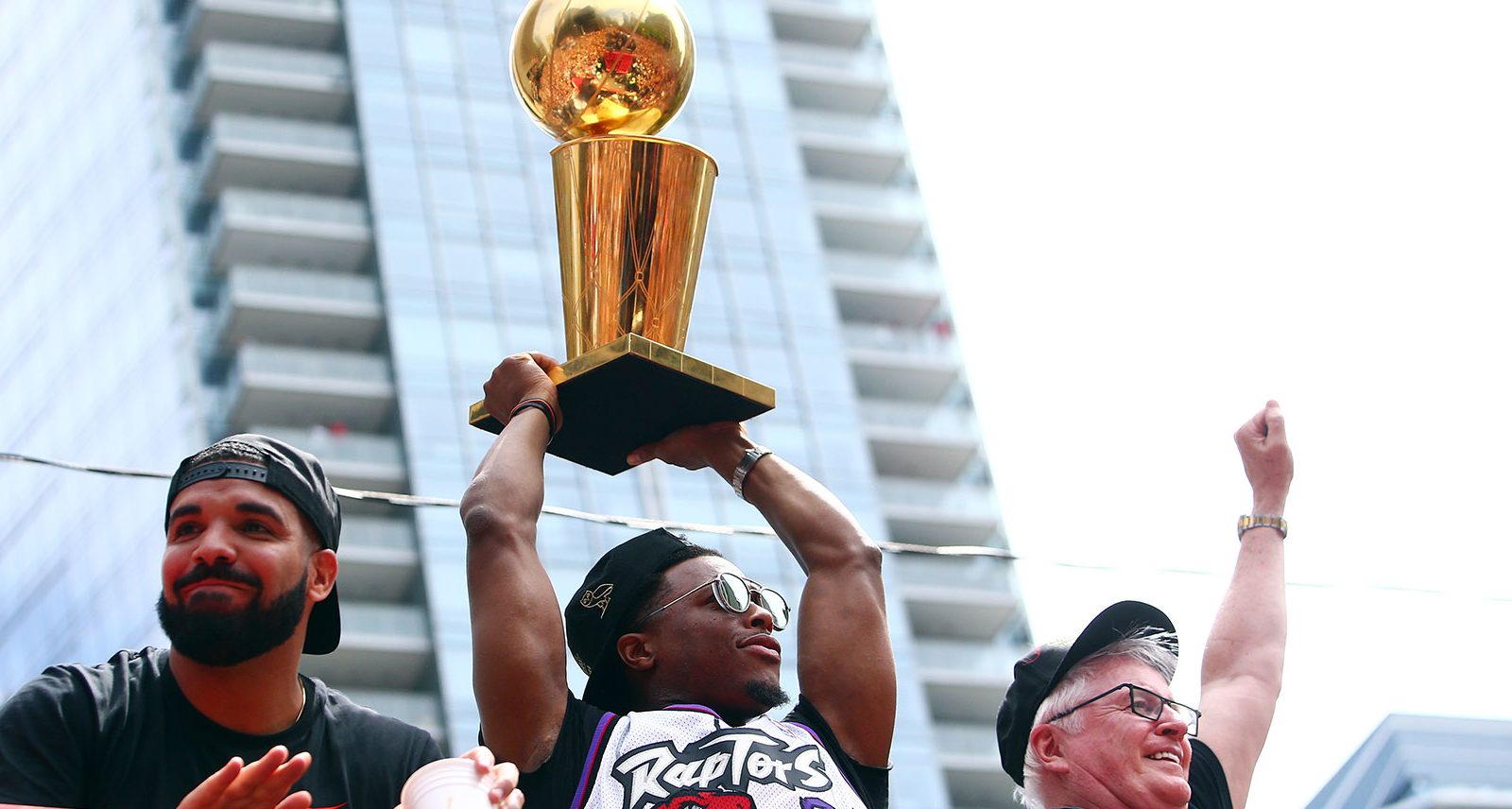 What a day. What a time. Seemingly all of Toronto ditched work on Monday to flood the streets of downtown Toronto for a colossal party celebrating the Toronto Raptors’ historic NBA championship win. You could tell the city hadn’t had a victory parade in a while — it was super disorganized and behind schedule and a bit bleak. But it was still a doozy of a day, and one that’ll be seared into this country’s collective memory forever.

Yesterday yielded countless priceless moments, but here are our six favourite ones. Rewatch these clips over and over to stave off the inevitable comedown from this dizzying championship high. (Seriously, I’m going to be popping 5-HTPs like no man’s business this week.) Let’s see if we can top all this at next year’s parade.

Toronto’s new meme-folk hero, Plant Guy — a Raptors fan who was interviewed on TV while carrying a large plant through the city following the Raps’ Finals win — finally got to hand Kawhi Leonard a miniature version of his “Kawa-ctus” (with some help from Drake). A beautiful moment.

Plant Guy was handing out the plants to both @Drake and Kawhi ???? pic.twitter.com/SryzQ20uft

Marc Gasol being the most lit dude there

This wasn’t even a contest. The big man was by far the most turnt Raptor at the parade, getting the crowd fired up, doing their Conor McGregor dance, and chugging entire bottles of wine. You can tell he’s been waiting a long time for a championship. (Big ups to Eric Moreland for making sure he didn’t fall off the bus.)

Marc Gasol and ALL OF TORONTO on another level #WeTheNorthDay | @Raptors pic.twitter.com/izveBTu9Gg

At one point, while the cavalcade was posted up under the Gardiner, the crowd began chanting “One more year” at Kawhi Leonard, begging him to re-sign with the Raptors in the offseason. If you look closely, you can see Leonard mouthing, “Just one?” while raising a finger.

WE WANT SOME OF WHATEVER MARC GASOL IS HAVING ????#WeTheNorthDay | @raptors pic.twitter.com/uN3VNbIOGg

Lowry decided to up the ante, urging the crowd to chant “FIVE MORE YEARS” instead. Dude wouldn’t mind the Klaw sticking around on his team a little while longer. Who can blame him?

Kyle Lowry taking out his Invisalign before his speech

Before addressing millions of fans at the rally at Nathan Phillips Square, Lowry can clearly be seen yanking out his Invisalign braces and stuffing them in his pocket. Dude’s never been more relatable. All hail the people’s champ.

Pascal Siakam starting his own chant

Fans kept urging Cameroonian wonderboy Pascal Siakam to “get spicier” as the bus rolled along the parade route, and it’ll clear he took heed. By the time he made it to the rally, he was way high up on the Scoville scale, culminating with him starting his own “Spicy P” chant.

Kawhi getting the last laugh

You couldn’t script it any better. Leonard bookended his speech at the rally with a parody of his own the laugh — the same laugh that went mega viral at the beginning of the season during his introductory press conference. What a storybook ending. Behold, a future Canadian Heritage Minute.