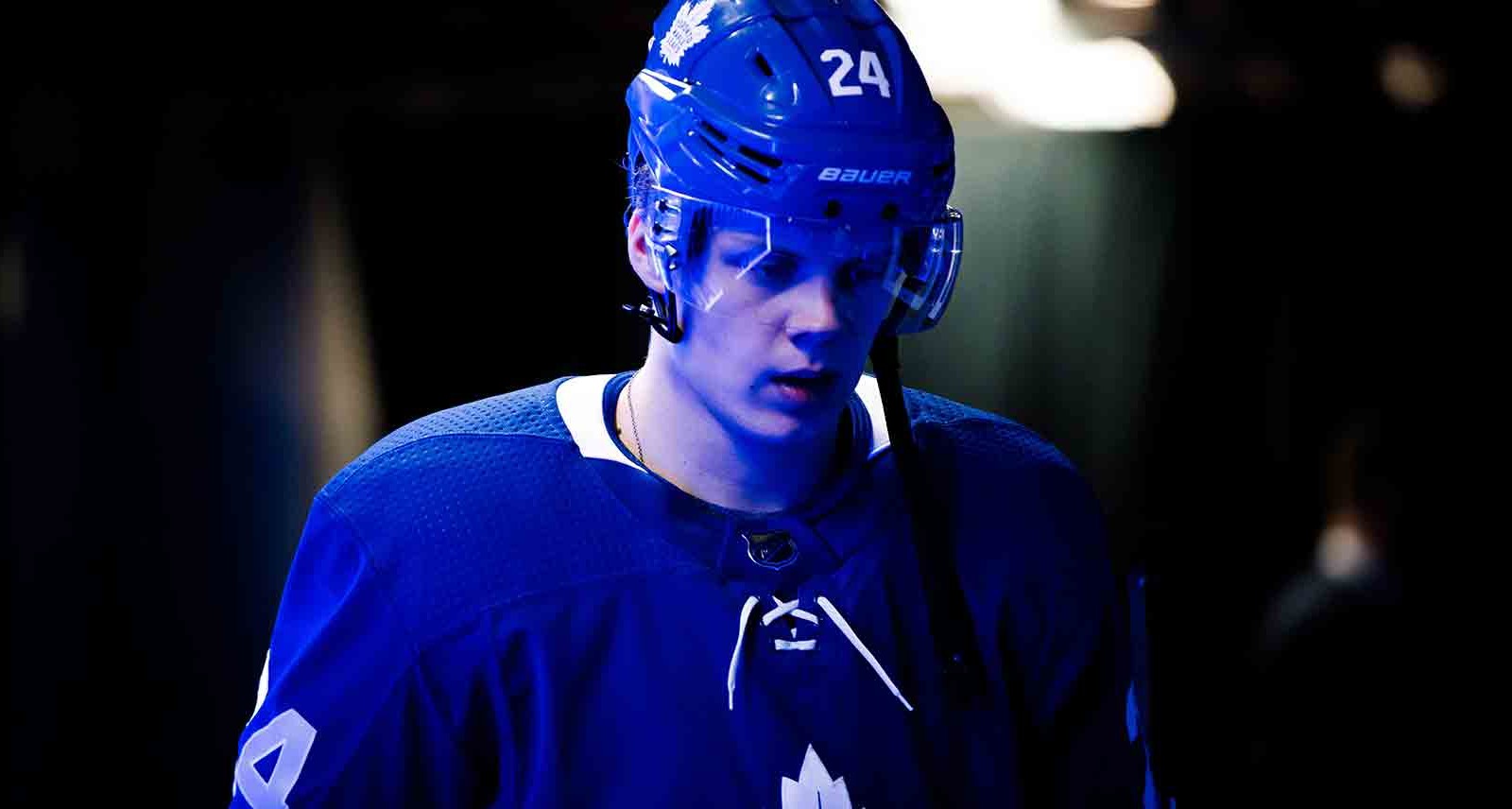 It has taken Kasperi Kapanen much longer to cement his place in the Toronto Maple Leafs’ lineup than it reasonably should have. A first-round pick, the fiery winger was the best asset the Buds received in the Great Phil Kessel Trade of 2015, and made a big impact in the playoffs last season, scoring twice against the Washington Capitals (including that unforgettable overtime winning goal in Game 2).

And yet, Kapanen found himself a victim of numbers at the beginning of this season — too many explosive young forwards, not enough roster spots — and was forced to play in the AHL with the Toronto Marlies (largely because he didn’t require waivers to be sent down to the minors). He wasn’t a diva about it, though — he put up 24 points in 28 games with the Marlies. He earned a call-up to the Leafs twice earlier this season and since joining the team again in late January, Kappy has impressed with his speed and ability to kill penalties, leading to an impressive shorthanded goal against the Nashville Predators in a recent 3-2 shootout win. In other words, he’s made it pretty much impossible for coach Mike Babcock to take him out of the lineup.

We sat down with the 21-year-old to discuss growing up around NHL locker rooms back when his dad Sami played, being a linemate with his pops, his golf game, and a side perk of being called up to the Buds.

Apart from skating, which attribute do you think is the most important to have in order to be a great player in the NHL?

Wow, other than being fast? Probably… poise. Poise in everything you do out there, poise with the puck. There’s no room out there and you can’t hold onto the puck too long. Guys like Auston Matthews and William Nylander, who can really hold onto the puck that extra second and make plays, it’s a great ability to have and makes them great players.

You are one of few players who I would pay to watch skate without a puck on the ice. How did you develop your incredible speed?

I’ve always been fast. I was always running everywhere as a kid! I guess it’s just in my genes and DNA. Luckily it’s always been there for me.

Speaking of DNA, hockey is very much in you, with your dad Sami having played a long time in the NHL and in Finland. What’s your earliest memory of being around NHL locker rooms with your dad?

Just going on the ice after practices and shooting the pucks around with my dad in Carolina. Funny story: Bates Battaglia, who played with the Hurricanes back in the day, he was taking slapshots against the boards and I was five years old, not really paying attention. I skate by and he missed my head by — it must have been no more than a couple inches. My dad got a little upset there at Bates, but it was alright. I survived.

You had the rare opportunity to be a teammate of your dad’s for two seasons back in Finland, playing for KalPa Kuopio a few years ago. What was the coolest part of playing with your pops?

It was something me and my dad had always dreamed about and we were lucky enough to make that happen. To be honest, it was pretty weird being on the same team, same line with him. But just to have him around — he’s always been one of my best friends — was pretty cool.

I guess if he was open, you better get the puck to him?

Oh yeah. He would let me know if I did something wrong.

What was the worst part of playing with him?

Getting upset with each other and starting to chirp each other. The guys in the locker room would think it was pretty funny but we’d carry on pretty long sometimes. We’d go home and still be mad at each other, so it was pretty awkward sometimes.

You would have been only seven at the time but do you have any recollection of the infamous hit your dad took from Darcy Tucker in the 2004 playoffs?

I’ve seen the video once and that was one too many times for me to have seen that. I haven’t watched it again. You never want to see a player in that condition, especially when it’s your dad.

Who’s one current player, not on the Maple Leafs, that you love watching? Someone who you are always shocked every time you see their highlights.

That’s tough to say. There are so many spectacular players in the league. But watching Connor McDavid, the way he skates and his hands are going at the same time, he’s fun to watch.

Which goal gave you a bigger rush? Scoring the winner for Finland at the 2016 World Juniors or the overtime winner for the Maple Leafs in game two of the first round of the playoffs in 2017 against the Washington Capitals?

That’s a tough question too! I don’t think I can really answer that one. One was from my home country in an international tournament — obviously that was huge for me. The other was for the city of Toronto. Both were great goals and I’m lucky to have scored them.

What’s one thing that has nothing to do with sports that you are passionate about?

Xbox. I have a lot of passion for that. It’s nice to have finally been called up this year because now the rest of the boys let me play with them, so I’ve been called up to the A-Squad there too.

If you aren’t watching hockey on television, what sport do you most enjoy?

I don’t really watch too much television in my off time, but I don’t mind watching golf.

Nah, not that good. Maybe like 85s on a good day. It’s respectable.

These Jean-Michel Basquiat Skateboards Are Paintings You Can Kickflip

The Maple Leafs' Frederik Andersen on the Weight of Playing in Toronto, Denmark's Tiny Hockey Scene, and John Mayer

50 Years On, Habitat 67 Has Never Been More Important

This has got to be one of the wildest interviews I’ve ever read.

Dublin Hotel Sends Out Fake Bill To Blogger For Exposure

Why Canada's Real Estate Market Is Becoming Too Big to Fail