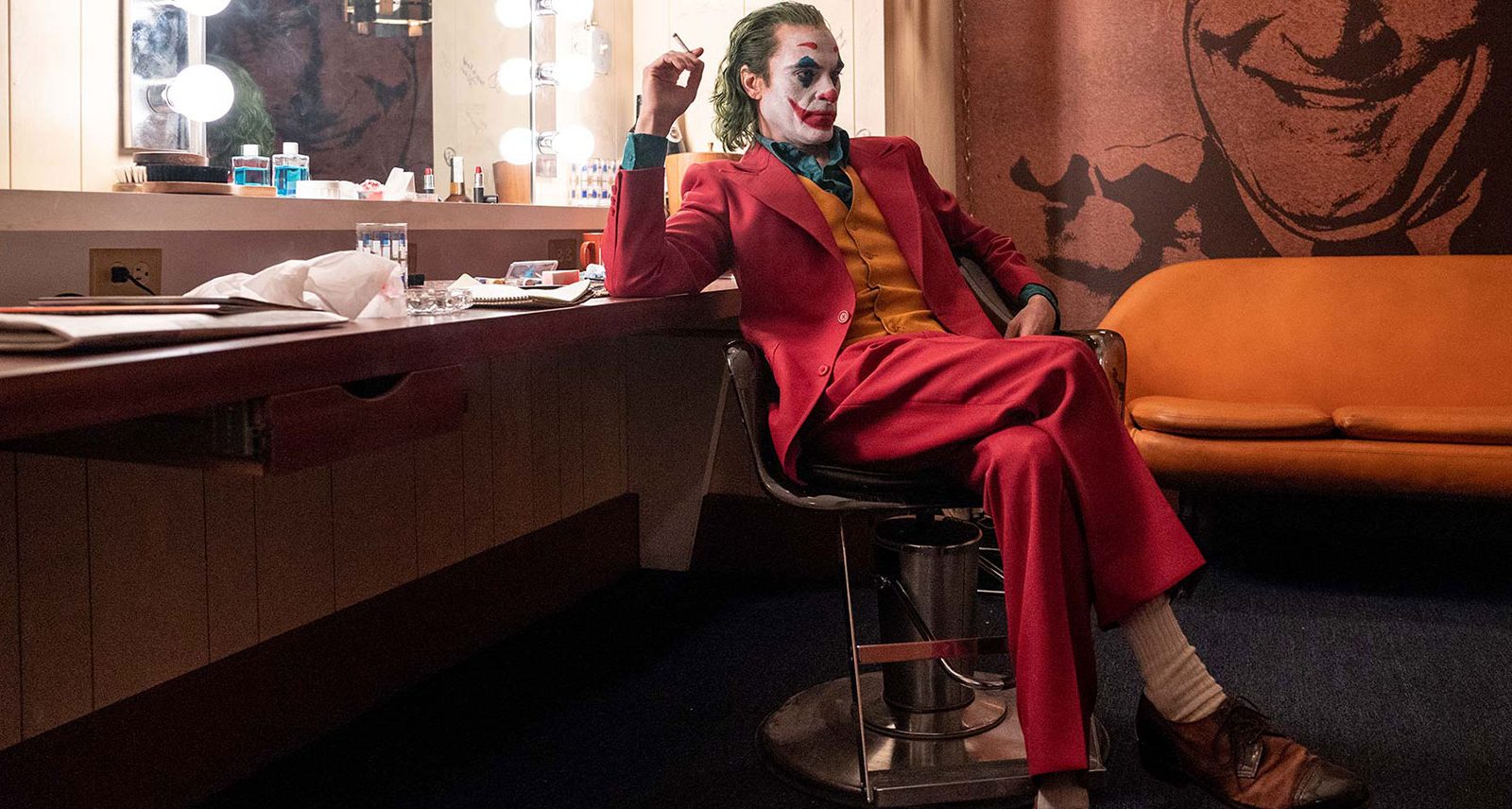 We’re going to climb out on the sturdiest of limbs here and assume that you’re already well aware of Todd Phillips’ Joker, a movie that already feels like it’s been out for months, even though, in reality, it’s finally opening in theatres this week. When it does, Joaquin Phoenix will become the fifth actor to portray the iconic Batman villain on the big-screen. (To say nothing of the various live-action series, animated versions, LEGO versions, and well, you get the idea.)

Only now, after years of playing the foil, the Clown Prince of Crime is getting his very own origin story, re-imagined as a mentally unstable wannabe stand-up comic on an increasingly violent downward spiral. Set in 1980s Gotham, where the streets are beset by mountains of garbage, a simmering class war, and “super rats” (not the kind you’re thinking of, unfortunately), Joker attempts to be a more grounded, realistic take on the typical comic book movie arc. Meaning there’s zero superheroes, minimal CGI, and definitely no Bat-ffleck.

Now, in a sane world, “A gritty character study about the Joker from the director of The Hangover and Starsky & Hutch” sounds like a bad joke. But, since it’s 2019, the movie somehow went and won the Golden Lion at the Venice Film Festival, and no one’s laughing about its Oscar hopes anymore. Instead, Joker is being billed as “Taxi Driver meets The King of Comedymeets Batman,” and the movie certainly wears its vintage Scorsese influences on its purple-suited sleeve.

And while your mileage on that combo may vary, it got us thinking: what about all the other famous supervillains out there? Don’t they deserve their own self-serious “character studies” too?

So with that in mind, here are a few elevator pitches for the next instalment in the newest superhero sub-genre: Comic Book Villain Oscar Bait. For your consideration.

The Pitch: Inside Man meets The Social Network

Remember in Inside Man, when Clive Owen’s bank robbing antihero gives Denzel some dumb riddle to solve in the middle of pulling off the “perfect heist?” Pair that plot with a hyper-intelligent, but borderline sociopathic narcissist with terrible fashion sense and bam, you’ve got yourself an Oscar-worthy Riddler origin story.

A searing character study of a scientist slowly being driven criminally insane by the fact that no one seems to give a shit about climate change and the melting polar ice caps. A documentary. (Then throw in some Shakespeare so he can make a “winter of our discontent” pun before he goes nuts and kills a bunch of people with an iceberg or something.)

The Pitch: Citizen Kane meets We Bought a Zoo

A portly aristocrat-slash-robber baron finds himself softening when he, you guessed it, buys a zoo. There, he discovers a passion for birds (especially – naturally – penguins) and falls into a heady workplace romance with the zoo’s resident penguin trainer that helps teach him how to love again. …Then he also goes and kills some people.

The Pitch: The Wrestler, but with Batman

A movie about a broken man desperately trying to hold onto his fading strength and make amends after years of hard living and countless steroid injections? I mean, just re-title The Wrestler, add a scene of Mickey Rourke looking wistfully at a faded picture of him giving Batman a backbreaker in the ring, and honestly, I think we’re all set.

The Pitch: Can You Ever Forgive Me?, but with Batman

All due respect to Halle Berry, but I think we can all agree that Hollywood could stand to take a mulligan on 2004’s Catwoman… And just try to tell me you wouldn’t pay good money to see Melissa McCarthy star as an ill-tempered, alcoholic cat lady who turns to literary forgery petty larceny and jewel thievery after falling on hard times.

A wealthy, self-absorbed megalomaniac grows increasingly dangerous and unhinged as he goes to any/all lengths to retain his power, all under the mantra “Greed is good.” And even when he goes so far as to stand in the middle of Metropolis’ Fifth Avenue and shoot somebody, no one seems to care. …Actually, on second thought, maybe we’ve already seen enough of this one.

The Pitch: The Last King of Scotland meets Downton Abbey

Leaving the DCEU, it’s time Marvel’s self-appointed “greatest villain” got his due. And what better way to humanize the autocratic Eastern European despot than with a state visit to everyone’s favourite British country estate? Just don’t expect that metal suit to protect him from being on the receiving end of one of Dame Maggie Smith’s signature zingers.

Following a particularly painful breakup and looking to get his life back on track, the Devourer of Worlds eats, prays, and loves his way across the Marvel multiverse, before ultimately being forced to confront his most fearsome adversary of all: his own self-doubt.