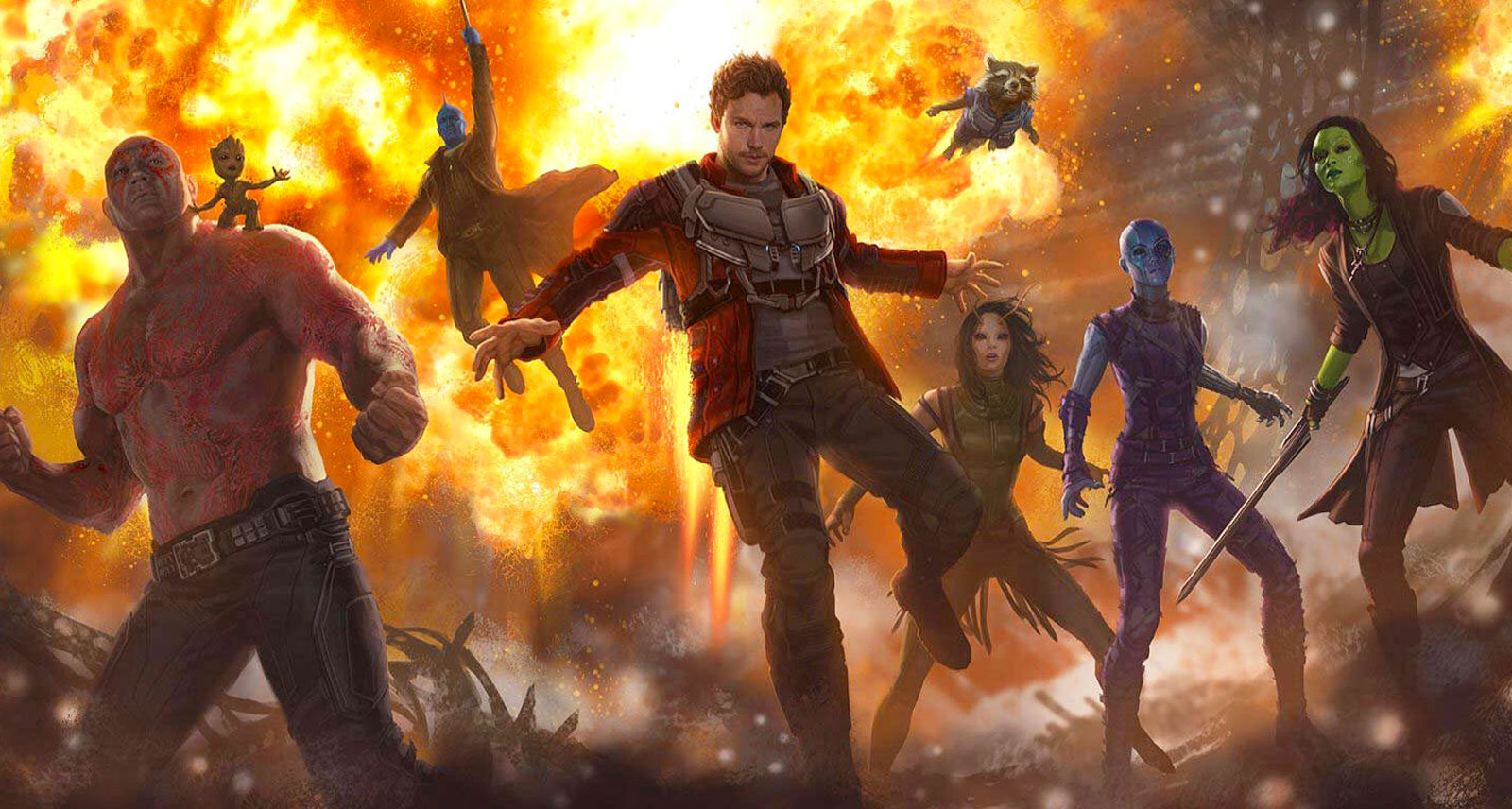 Here are two kinds of people in this world: those who are willing to brave crowds, high ticket prices and theatres chock full of obnoxious teens to go see a movie on opening weekend, and normal people. You know, the ones who realize the thing’s still going to be in theatres come Monday (or better yet, Cheap Tuesday).

But hey, if you’re planning on going to see Guardians of the Galaxy Vol. 2 over this grey, oppressively rainy weekend, we’re not going to stop you. The latest entry in Marvel’s ever-expanding Cinematic Universe is a worthy sequel to the surprise hit about a ragtag gang of quirky interstellar outlaws — even if it’s way more formulaic than you’d expect for a movie starring a character named Ego, the Living Planet.

Back in 2014, the first Guardians of the Galaxy made just under $94.5 million its opening weekend — trivia time: that’s the highest-grossing opening for a non-sequel since Iron Man — and Vol. 2 is expected to blow that number out of the water airlock. Which means you definitely won’t be alone at the theatre. Here’s who else you’ll be sharing an armrest with.

Relatively easy to spot — just look for the dude rocking the Marvel tee, plastic Thor helmet and/or full-on Groot cosplay. But chances are, you’ll hear them long before you see them. These guys have Opinions! and they’ve brought enough to share with the entire theatre. Likely to be seen holding court with their hot takes on what’s going to happen in Avengers: Infinity War or how “DC just doesn’t get it.” Only get a seat near these guys if you need someone to excitedly point out the obligatory Stan Lee cameo and semi-obvious Easter Eggs.

Also known as Well, Actuallys, these True Believers are the ones giving serious cut eye to the MCU Nerds… along with pretty much everyone else, for committing the unforgivable sin of making superheroes go mainstream. There are a grand total of five(!) credits scenes during Guardians 2, so sit next to these guys if you want a 10-minute explanation of what each one means for future movies, and a 30-minute explanation of how it didn’t actually go down like that in the comics.

Usually seen travelling in packs of threes, but can be a little tricky to spot. Look for the backpacks and hoodies saving an entire row of seats, because they won’t be coming back from their smoke break until halfway through the trailers. Con: likely to forget all about Marvel’s end-credits teasers and climb over you as soon as the lights come back on. Pro: also the most likely to share their snacks.

“Cool” Parents With Their Far-Too-Young Children

You know the type: kids aren’t going to stop them from doing what they want — like seeing the midnight showing of a major summer blockbuster – even if they should. But if you can make it through the first hour of fidgeting, you’ll get to enjoy the extra legroom when they’ve got to take the tots out of the theatre the second the action gets a little-too-intense. Or for a bathroom break. And then you’ll never see them again, because at that point, they’re resigned to waiting until it comes to Netflix to see the rest.

The first Guardians’ soundtrack featured a treasure trove of ‘70s hits, and the sequel digs even deeper into the classic rock catalogue for Quill’s Awesome Mix Vol. 2. There’s even – I shit you not – an entire scene dedicated to breaking down the lyrics to Looking Glass’ “Brandy.” And semi-obscure pop/rock is pretty much Baby Boomer crack. But as long as it doesn’t turn into a sing-along, you should be fine. (Really? You like Fleetwood Mac too? No kidding.) Plus, whatever, you’re going to be getting just as misty-eyed once they get to the Cat Stevens. Trust me on this.

Teenagers Just There to Get Out of the House

You won’t have much trouble spotting them — just look for the bright screen(s) popping up out of the darkness during every mid-movie lull (AKA whenever there’s more than 30 straight seconds of dialogue). Unfortunately, this group’s far harder to avoid, considering they’re typically rolling in five, 10, 20 minutes after the movie’s already started on their way out of another theatre.

You don’t have worry about the kids in the Star-Lord masks. They are here for this. Just like you. Instead, it’s their ride— Grandma, an older sibling, the babysitter — that’s going to be the fidgety one. Asking who everyone is and why exactly there’s a talking raccoon and a cute baby tree-man every ten minutes. (Although, to be fair, we’re still not really sure either.)

Also known as people who compulsively watch Chris Pratt movies no matter how good (or bad) they are. Telltale giveaways include audibly swooning at the obligatory beefcake shots, laughing hysterically at even the most innocuous throwaway line, and talking about how “underrated” Passengers was. Approach with caution.

People Who Are Just There For Baby Groot

Their Instagram feed is 90% puppies, kittens, and adorable babies. Their favourite part of the last movie was the 10 or so seconds of Baby Groot dancing during the end credits. And they are going to be thrilled, because the little guy pretty much steals the entire movie.

8 Other Classic Movies We Want to See as TV Shows

Channing Tatum Kicks Ass in a Cowboy Hat in the ‘Kingsman: The Golden Circle’ Trailer