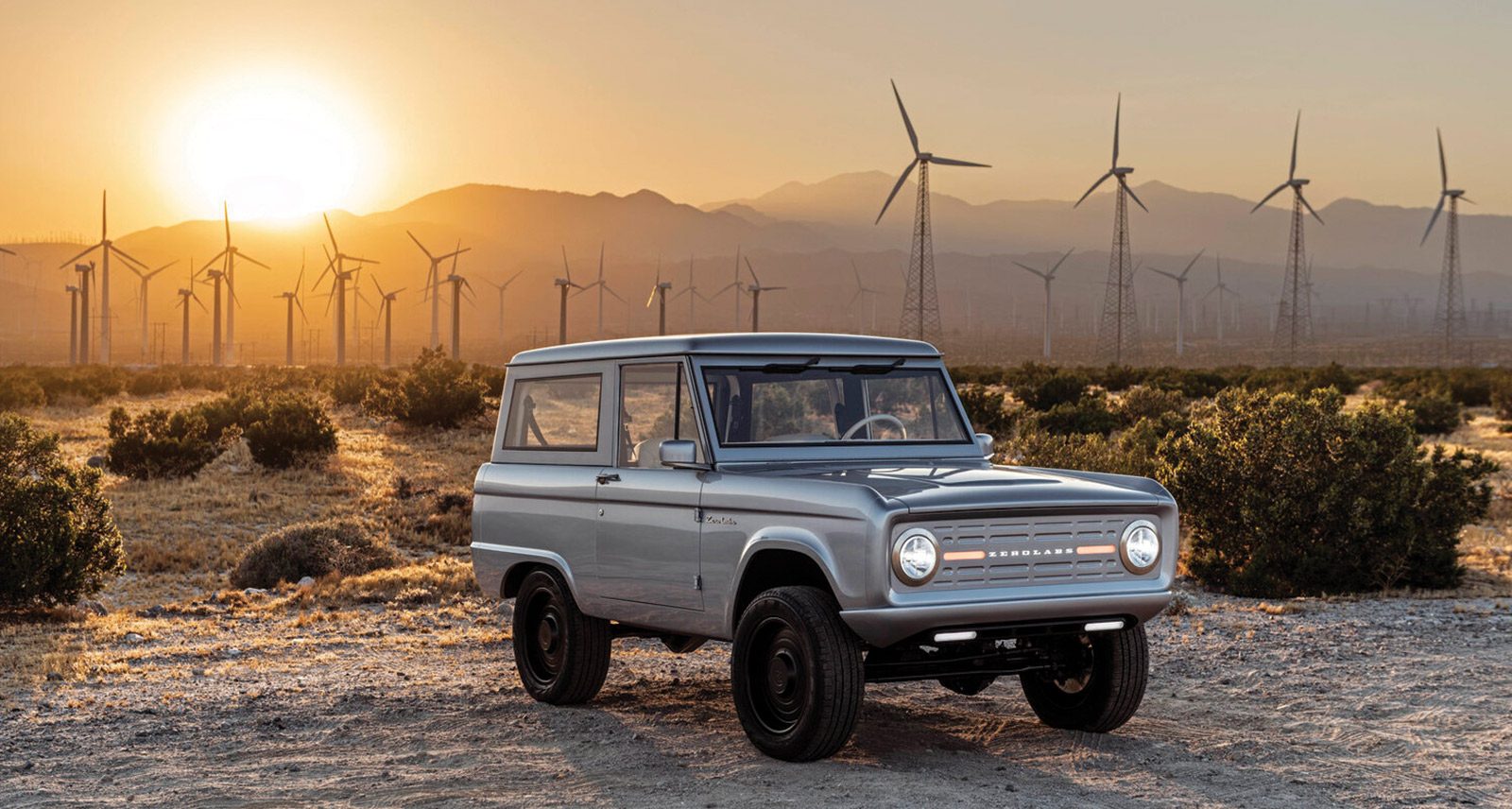 Ewan McGregor did it to his VW Beetle, Arnold Schwarzenegger did it to his Hummer, and to his G-Wagon, Neil Young did it to his yacht-sized Lincoln Continental, Prince Harry and Meghan Markle took off from their wedding in one; electric conversions of classic cars are so right now – and it’s a trend we’re absolutely here for.

It’s like a modern goldrush. Suddenly a new frontier has been opened and it’s full of exciting possibilities and, for some, vast riches. The race to make and sell electrified versions of reimagined, resto-modded and restored classic cars is on. New shops are springing up seemingly every week, each promising to strip the oily, fossil-fuel burning internal-combustion guts out of your classic are swap in an nice, clean electric motor and battery pack – often doubling the horsepower of the old car in the process.

Yes, okay, some conversions turn out more like Frankenstein’s monster, but others are spectacular, more like the Bionic Man; “We can rebuild him. We have the technology. We can make him better than he was. Better…stronger…faster.”

Make no mistake, electric conversions are the cutting edge, a technology still largely for early adopters and thrill seekers (and those who really, really want access to the HOV lane). It’ll be exciting to see how the market matures as major automakers like Jaguar and Aston Martin jump into the fray. For now, there are some of the best classic car electric conversions out there today: Adam Roe, founder and CEO of California-based Zero Labs, didn’t set out to build the fastest, most connected or most autonomous car, and he certainly didn’t set out to build any kind of “Tesla killer.” Roe started Zero Labs, as he told us, “because I was a long-time collector of classic vehicles and I, like many collectors back then, was caught in between a love of the past, but a growing responsibility to a better future.” Each electric Bronco is built to order, and keeps its original VIN and classic car status. Version 2.0 has a driving range of about 380 km and prices starting at $185,000. The same company is also developing an electric Land Rover Series III conversion. Zero Labs is not the only firm doing electric Landies, but if their Bronco is any indication, this one is going to be a stunner. Vintage Aston Martins are worth, at the high-end, upwards of $20 million (as was the case with a DBR1 sold last year). That’s not the sort of old jalopy people generally want to modify. So, Aston has come up with a clever plan, “to future-proof these increasingly precious machines by creating the world’s first reversible EV powertrain conversion.” That’s right, the company will carefully take out the gas engine, insert its own electric “cassette” drivetrain, and you get to cruise in the Green Vehicle lane. This slick 1970 DB6 MkII Volante is proof of concept.

We are proud to reveal our GT electric rear reshaped in forms and materials to create a timeless car with a smoother line. Enjoy one of the first sketches from the very beginning, when the dream started to take shape. Look at the details ◾curvy shape ◾geometric patterns ◾LED taillights ◾large extractors What's your first impression? Write a comment below???? ????Stay connected for further updates!! . . . . #design #handcrafted #italiancars #restomod #electric #luxury #alfagiuliagt #giuliagt #gta #bespoke #custom #handmade #limitededition #totemautomobili #carbonfiber

Driving an old Italian car is like dating someone who’s wayyyy out of your league. They are absolutely beautiful, but you also know they will absolutely let you down at some point, and they’ll do it in heartbreaking fashion. The problem (with the cars, that is) is reliability; these old machines from Italy often feel as if they were made to look great first and run properly second. Converting one of these beauties to reliable electric power solves the latter issue. A startup called Totem Automobili is developing an electric Alfa Romeo Giulia GT 1300/1600 restomod that looks dreamy. And, it’s said to more than double the original car’s horsepower, boosting it up to 518 hp. Yikes. Austrian company Kreisel Electric were the ones who turned Schwarzenegger’s beloved OG Hummer into an electric monster. The thing weighs 3,300 kg (hundreds of kg more than a Cadillac Escalade) and was stuffed with two motors producing a total of nearly 500 hp. It’s the same company that also electrified his Mercedes G-Wagen in 2016. Arnie was in on this trend before everyone else. UK-based firm Lunaz offers all manner of aristocratic, electrified British classics, like the 1961 Rolls-Royce Phantom V and Silver Cloud, with prices of GBP$500,000 and GBP$350,000 respectively. Each will be made in a limited production run. However, we’re partial to their electric Bentley S2 Flying Spur, which is, to our eyes, among the best-looking luxury cars of all time. Buyers can choose from a fixed-rood sedan or drop-head coupe, natch. Jaguar’s in-house Classic department – which is normally busy restoring vintage Jags to better-than-new condition – was gearing up to sell turn-key, fully-electric restorations of its iconic E-Type sports car. We say “was,” because word is the project is currently on hold, but the level of fit and finish on this prototype is a target to which the rest of the burgeoning EV conversion industry should aspire. Fingers crossed Jag re-starts the project someday.

A real #gamechanger by @charge.cars

Charge Cars is taking reservations now for its limited run of 499 electrified 1960s Mustangs. The London-based company looks serious, with a team coming from McLaren, Jaguar Land Rover and F1 racing teams. The level of craftsmanship is evident not only in the GBP$300,000 price (roughly $500,000) but also in the details: a new digital interface, beautiful leather finishes, meticulous visible wiring harnesses, and officially-licensed recreation Mustang bodyshells. With 470 ponies, this classic could give any modern Mustang a run for its money.
Share