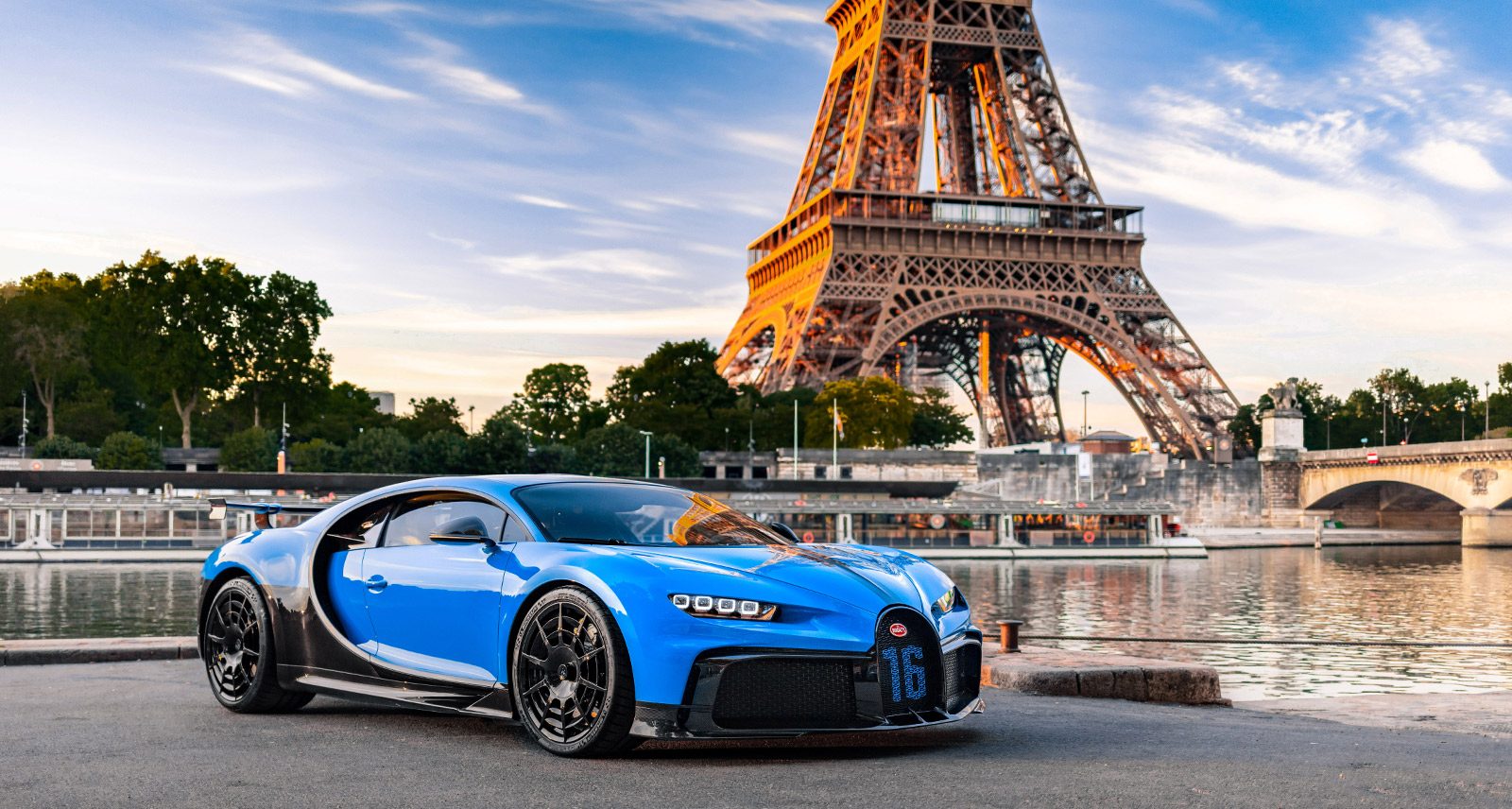 How do you teach a fully-grown rhinoceros to tap dance? This, more or less, is the problem that’s been keeping Bugatti’s top designers and engineers up at night. Their task has been to turn the Chiron – something built for raw speed and power – into something lithe and nimble. The result is the new Chiron Pur Sport, a gargantuan new sports car the likes of which the world has never seen – and we got the clever people at Bugatti to explain how they did it.

The Pur Sport is actually one of two “extreme derivatives,” of the Chiron, explained Frank Heyl, Bugatti’s deputy design director. The other was last year’s Chiron Super Sport 300+, limited to 30 cars, which Andy Wallace piloted to 304 mph (489 km/h) making it the fastest production car in the world. That car was built purely for all-out speed, something Bugatti is very familiar with, but the Pur Sport — built not for speed but for handling — is new territory for the company.

Even though Bugatti’s long-rumoured second model line is reportedly on hold, for now, Heyl and his colleagues have hardly been twiddling their thumbs. The important facts on the Pur Sport are this: they’re only building 60, each with a price tag of €3 million (CA$4.7 million).

Bugatti said customers wanted a more emotional, more reactive car. But that’s no easy task, because the sheer size and weight of the Chiron work against it as a track car. It’s the opposite of a lithe, minimal F1 racecar. But the team in Molsheim, France, always take their customers whishes seriously, so they got down to work. Jachin Schwalbe, the head of chassis development, is really the one responsibly for teaching this rhino to tap dance. He explained the gritty details of the new carbon-fibre anti-roll bars, suspension joints, bearings and stiffer springs. For example, this is the sort of thing Schwalbe gets very excited about: “With 2.5-degrees of camber on all four wheels, we’re limiting the top speed to 350 km/h, but with the huge advantage of increased grip: 10 per cent more lateral acceleration,” he said.

Translation? The aggressive camber and suspension setup means the Pur Sport works best when you chuck it into a corner and hang on for dear life, straining against the lateral g-force as layer upon layer of rubber melts off the tires. It’ll make you work harder to get your kicks than any other Bugatti. “You really can play with the throttle, deciding if you would like to go for more power slides, for more drifting,” said Schwalbe. From a driver’s perspective, the turning axis is shifted forward, he explains, which makes the car feel like it’s on its toes, so it’s quicker to react. Thanks to recalibrated stability control, you have more freedom to steer the car using your right foot too. Schwalbe insists it’s still an car easy to drive though.

Of course the Pur Sport is lighter too – by 50 kilograms (110 lb), to be exactly – which is a drop in the bucket on a car this heavy. Most of the weight savings is unsprung mass – wheels and brakes – which is important. We’ll spare you Schwalbe’s physics lesson, but basically it means better traction, ride and handling. All the lightweight hardware looks so trick, like it was pulled off an Le Mans prototype. There’s carbon everywhere. Every little detail is a work of art, like those magnesium and carbon wheels that save 16 kg.

Heyl walked us through the aerodynamic changes, like the wider front splitter, the swollen Bugatti horseshoe grille (for increased cooling), the massive carbon rear diffuser and full-width wing with X-shaped supports. Canadian customers will be happy to hear the Pur Sport doesn’t need those little bumper addenda that were required to meet regulatory requirements on the original Chiron. “The exhaust is partially 3D-printed from titanium,” Heyl said, excitedly. The exhaust walls are as thin as 0.4 millimetres, which saves a lot of weight, he explained.

“We tried to make it look lower and wider by splitting up the colours,” he added. The bare-carbon dark half visually blends into shadow. “It’s a much-more aggressive face,” he said. It’s all in service of function though, trying to get more downforce and cooling out of the car, in order to make it a capable track-day weapon.

The Pur Sport was meant to debut at the Geneva show this year, where potential customers would’ve got their first good look at it, but for obvious reasons, that didn’t happen. Despite the fact many buyers have yet to see the car, sales are “exceeding expectations,” a company spokesperson said.

We’re not surprised. With the Chiron Pur Sport, Bugatti has delivered just the sort of the driver-focused car we’d always wanted them to build. How well can this beast can tap dance around a racetrack? We’re excited to find out.

The Unlikely Resurgence of Custom-Built Cars