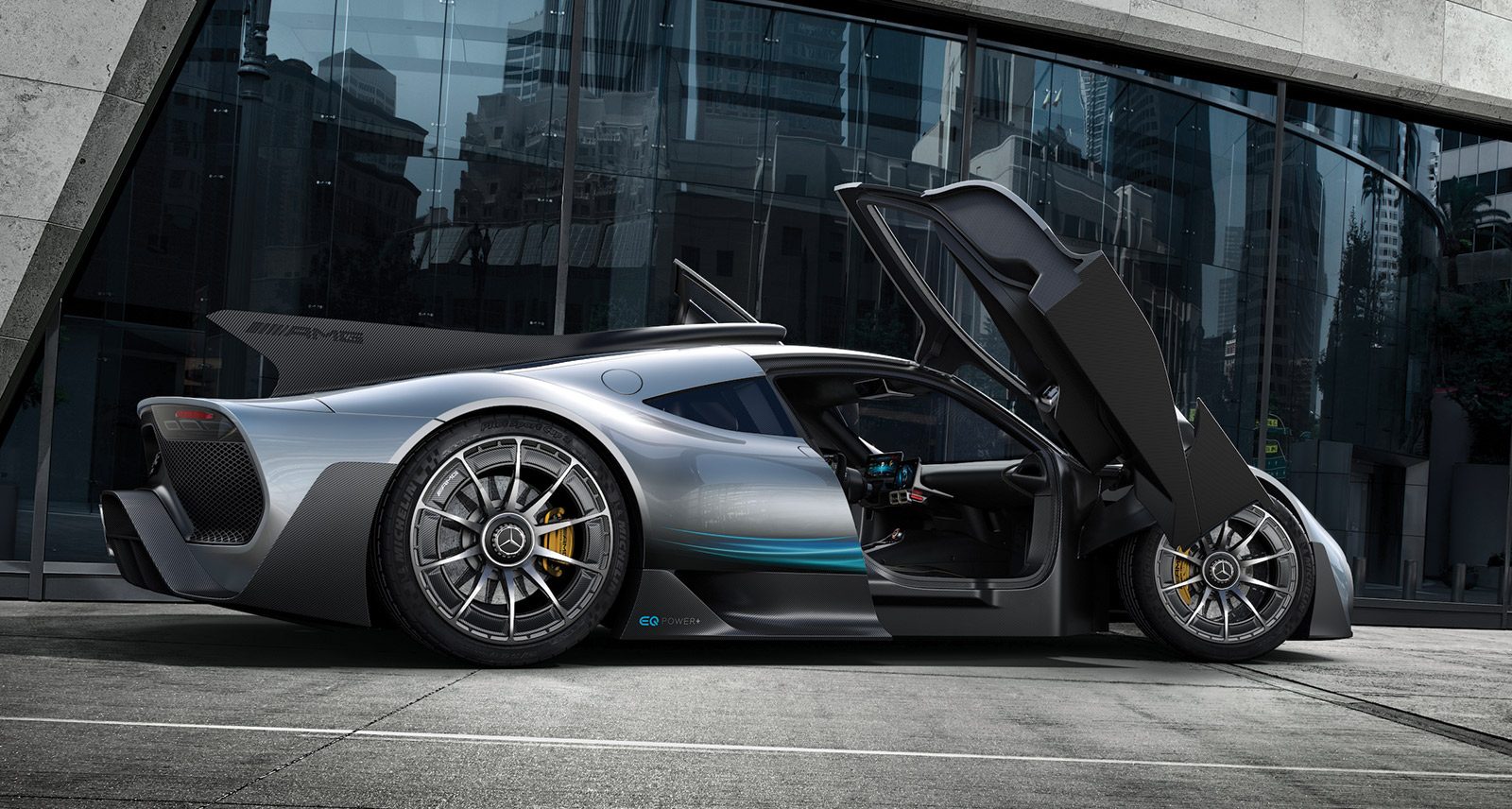 Look, we’re just going to say it: Mercedes-Benz is hot right now. A small army of grey-suited engineers in Stuttgart are cranking out hit after hit, which, perhaps isn’t entirely surprising given that this is the company that arguably invented the modern automobile way back before any of us were born.

That puts would-be Mercedes-Benz drivers in a tough spot, though: the brand is too successful for its own good. Consider this: there are 30 different Mercedes models in showrooms to choose from now, with another dozen or so coming soon, and that doesn’t even include the 38-ish different high-performance models from AMG. How do you choose from a lineup like that? It’s like trying to pick just one pair of sneakers to buy on StockX.

Good news! We’ve driven pretty much every Mercedes and AMG of note. We crunched some numbers, went back through our notes and picked our seven favourite Mercedes-Benzes to buy right now. Some are 2020 models, some are fresh 2021s, but either way these machines have got us singing, “Lord, won’t you buy me one of these Mercedes-Benzes”. Do you ever have that feeling where something is so good, you miss it even before it’s gone? That’s how we feel about the Mercedes-AMG GT C Coupe. How they managed to cram a hand-built twin-turbo V8 into a car this long, low and svelte we have no idea. It’s gorgeous, and not like anything else on the road this side of a Ferrari or Aston Martin. The two seats are surprisingly spacious. Luggage space is minimal, but who cares: pack light. The 4.0-litre V8 motor has 550 hp and 502 lb-ft of torque and an old-school rumble that you feel in your bones. The nimble rear-wheel drive chassis makes the car seem alert, feisty, even ferocious at times. It’s a pure driving experience, high on dramaGet one while you still can. Price: $170,000

THE CHEAPEST MERCEDES-BENZ THAT’S ALSO AMONG THE BEST At just $38,300 the A-Class hatchback is a bargain. Hear us out. The Mercedes-Benz A250 Hatch is the most affordable Mercedes-Benz right now, and it’s also one of our favourites. The reason is simple: it’s a great car to live with day-in, day-out. Its compact size makes it easy to wheel around a tight condo parking garage, but it still has room for four adults. It rides and handles like a proper luxury car, but isn’t priced like one. The high-tech cabin is spectacular for its tasteful use of technology and minimal fuss. In fact, the cabin on the A250 is far better than any of its rivals. Plus, the hatchback trunk gives it a dash of sporty Euro style. For more grunt, go with the 305 horsepower A35 AMG, but know that the A250 is all the Mercedes-Benz you need in the real world. Price: $38,300 This is a tough one to pick, because there’s simply so many models from Mercedes that could fill this role. But, the Mercedes-AMG GLE 53 4Matic+ is an all-wheel drive, mid-size SUV that’s fast, comfortable, practical, fuel-efficient, family-friendly and great to drive. It can be everything to everyone. It’ll even tow up 3,500 kg (7,716 lb). It’s like a Leatherman tool; you just keep finding new uses for it. Sure, okay, the state-of-the-art 429 hp, straight-six engine with a turbocharger and electric compressor is probably overkill. You don’t need that much power, but because it’s a mild hybrid it’s better on fuel than you might expect. Besides, sometimes, like the great Ricky Bobby, you just want to go fast. The ride with air suspension is very plush too. If you simply can’t decide which Mercedes-Benz to get, get this one. Price: $87,800

THE WOLF IN SHEEP’S CLOTHING The E-Class sedan is Mercedes-Benz at its low-key best. It’s the smart grey suit of the lineup; a staple of executive parking lots the world over. The Mercedes-AMG E63 S 4Matic+ wagon, however, is like that car’s evil twin from the Upside Down. The mad geniuses at AMG got their hands on this mid-size station wagon and turned it into a hot-rod that just so happens to have four doors and room for kids and dogs. The E63 has been around for a while now, and is a cult-favourite among car aficionados. Its 4.0-litre twin-turbo V8 puts out 603 hp and – with the help of 4Matic+ all-wheel drive – can haul itself from 0-100 km/h in 3.3 seconds. Did we mention it sounds like a muscle car? Because it does. But it’s a wagon. And we love it. Price: $124,200 Well, this is an easy one, since there’s only one fully-electric vehicle from Mercedes right now. The Mercedes-Benz EQC SUV is already on sale in Europe, but unfortunately won’t arrive here in Canada until 2021. That said, it should be worth the wait. It uses two electric motors (one for the front wheels and another for the rears) which combine for 402 horsepower. We don’t know what its range will be yet, but it will be capable of using DC Fast Chargers to refill the battery from 10 to 80 per cent in 40 minutes. From the outside it looks like most other Mercedes SUVs, but the interior is pure sci-fi with two 10-inch widescreen displays running across the super minimal dashboard. And, it’s just the tip of the electric iceberg from Mercedes. Watch this space. Price: TBD.

THE ONE FOR RUGGED INDIVIDUALISTS You’d never know – because the G-Class (aka G-Wagon, aka Geländewagen) looks essentially the same as it did in when first introduced in 1979 – but the 2018 model got a major update, perhaps the most important in its 41 year history. It now has independent front suspension, which means it drives less like an military truck and more like an lux SUV. (Slightly.) Don’t worry, it’s still able to drive over just about anything. Through the decades, the G-Class gained some new tech and creature comforts, but we love it simply because it still looks the way it did 40 years ago. An all-black G550 is a modern classic, a living legend, and Mercs don’t get any cooler. Price: $147,900

THE MERCEDES-BENZ FOR COLLECTORS, F1 FANS AND THOSE WITH AN INSATIABLE NEED FOR SPEED Ah, the Mercedes-AMG One. It’s a mythical beast. This is what it looks like when Mercedes-Benz and AMG decide to flex their collective muscle. Mercedes has dominated Formula 1 racing in recent years, and they’re celebrating by building this: essentially an F1 car for the road. It uses the F1 racer’s 1.6-litre turbocharged hybrid V6 working in combination with four (yes, really) electric motors to produce more than 1,000 hp. The carbon-fibre steering wheel too is just like the one in Lewis Hamilton’s championship-winning car. No other car company in the modern era has ever dared to put its F1 technology in a road-legal car. But, like we said at the beginning, Mercedes-Benz is on a roll right now and those engineers in Stuttgart must be feeling like they can do anything. This car is proof. Sadly, they’re only making 275 of them. Price: $3.6 million