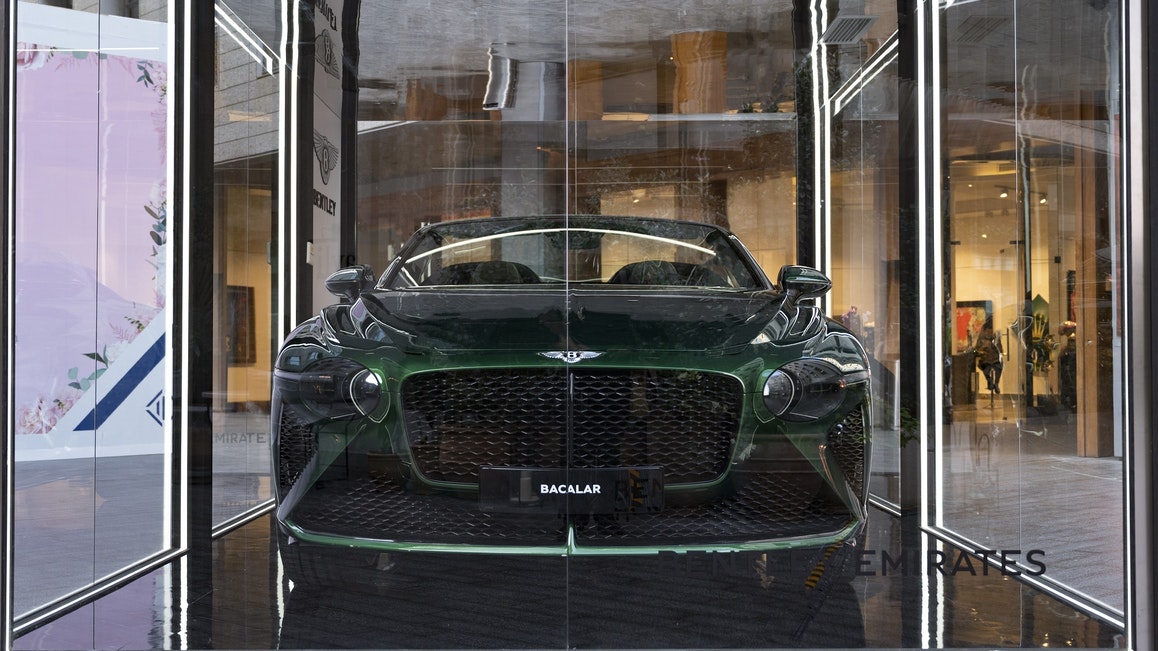 This one’s special. Dare I say, even by UAE standards. For the very first time, the United Arab Emirates, Dubai, to be more precise, has made space for exhibiting an ultra-rare car – the Bentley Bacalar. Those around can find it at Gate Avenue Building 8, in Dubai International Financial Centre. So, why is this open-top grand tourer special? It is the rarest two-door Bentley of the modern era, curated by the world’s oldest coachbuilder – Mulliner. Only twelve specimens will ever exist, each one tailor-made to soothe the tastebuds of their super-wealthy owners. And unsurprisingly, the car’s sold out.

There’s so much more to the Bacalar than just exclusivity. First of all, its association with Mulliner – a marque that has been around since the 1500s. Also, the car in question marks the beginning of a new era for Bentley Mulliner. It has divided services into three separate portfolios – Classic, Collections and Coachbuilt.

The Bacalar might look like it shares bits and pieces with other Bentley, but that isn’t the case. In fact, it shares just one bit with Continental GT – the keyless entry system-enabled door handle. Everything else, from the extended rear track (compared to the Continental GT) and the 22-inch tri-finish wheels to the unique front and rear lights reminiscent of those first seen on the EXP 100 GT. The concept car was also the inspiration of Bacalar’s paintwork, which contains ash from rice husks – a sustainable way to deliver that metallic finish. The sustainability trait is seen indoors, too, with the use of British wool and 5,000-year-old Riverwood sourced from Fenlands of East Anglia.

Under the hood is Bentley’s flagship motor – the twin-turbocharged 6.0-litre W12 TSI. It puts out 650bhp and a peak torque of 900Nm, while an 8-speed automatic unit handles transmission duties. Also, there’s an adaptive chassis with a 48-volt Dynamic Ride System, and nearly all other creature comforts one expects in an open-top luxury yacht for the road. And for that cherry on top of the cake – Bentley will build the Bacalar in the world’s first certified carbon neutral factory for luxury car production.

If you had all the money in the world, and the Bacalar was still on sale, would you buy it?