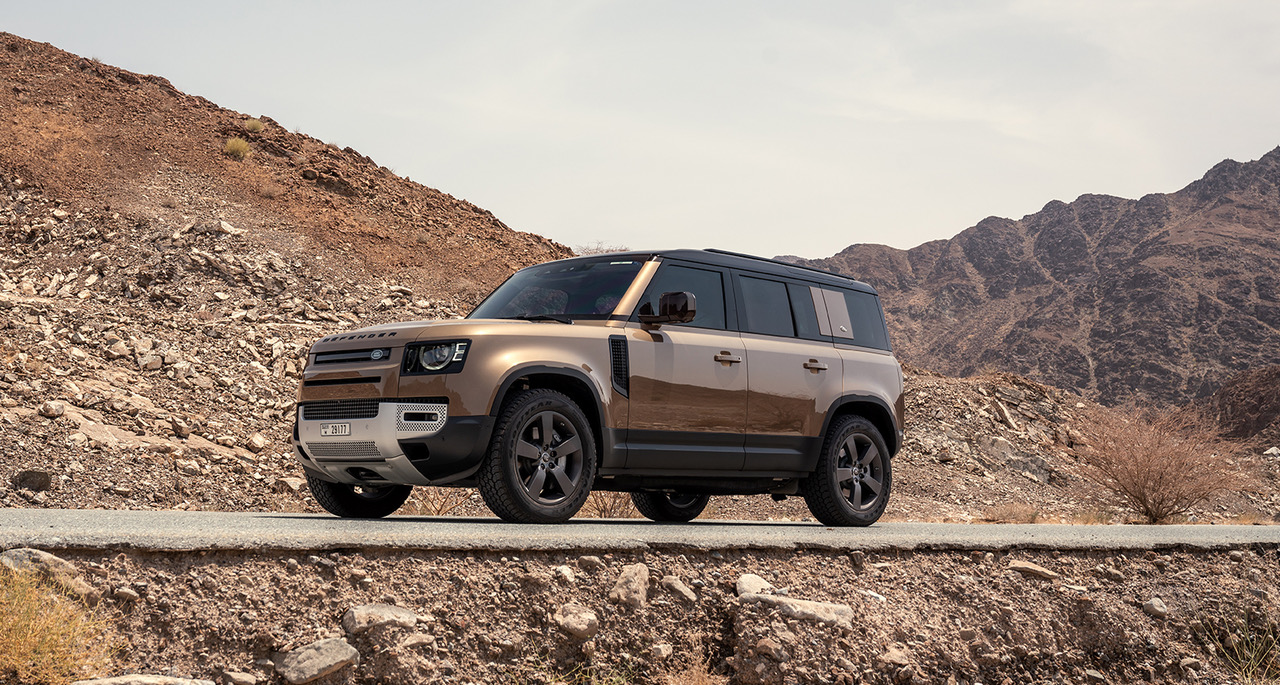 The classic Defender always played the role of Land Rover’s ambassador model, its original form dating back to 1948 when the Series I was introduced. It took nearly seven decades until the last 2016 Defender left the production line, so it’s fair to say the Defender pretty much made Land Rover into what it is today.

In its final years of production, the old Defender had hard times coping with modern safety and emissions regulations mostly due to its bare-bones utilitarian design approach. JLR (Jaguar Land Rover) as we know it today, now owned by Tata Motors, took on the challenge of reinventing the original into a successor worthy of the legendary name. 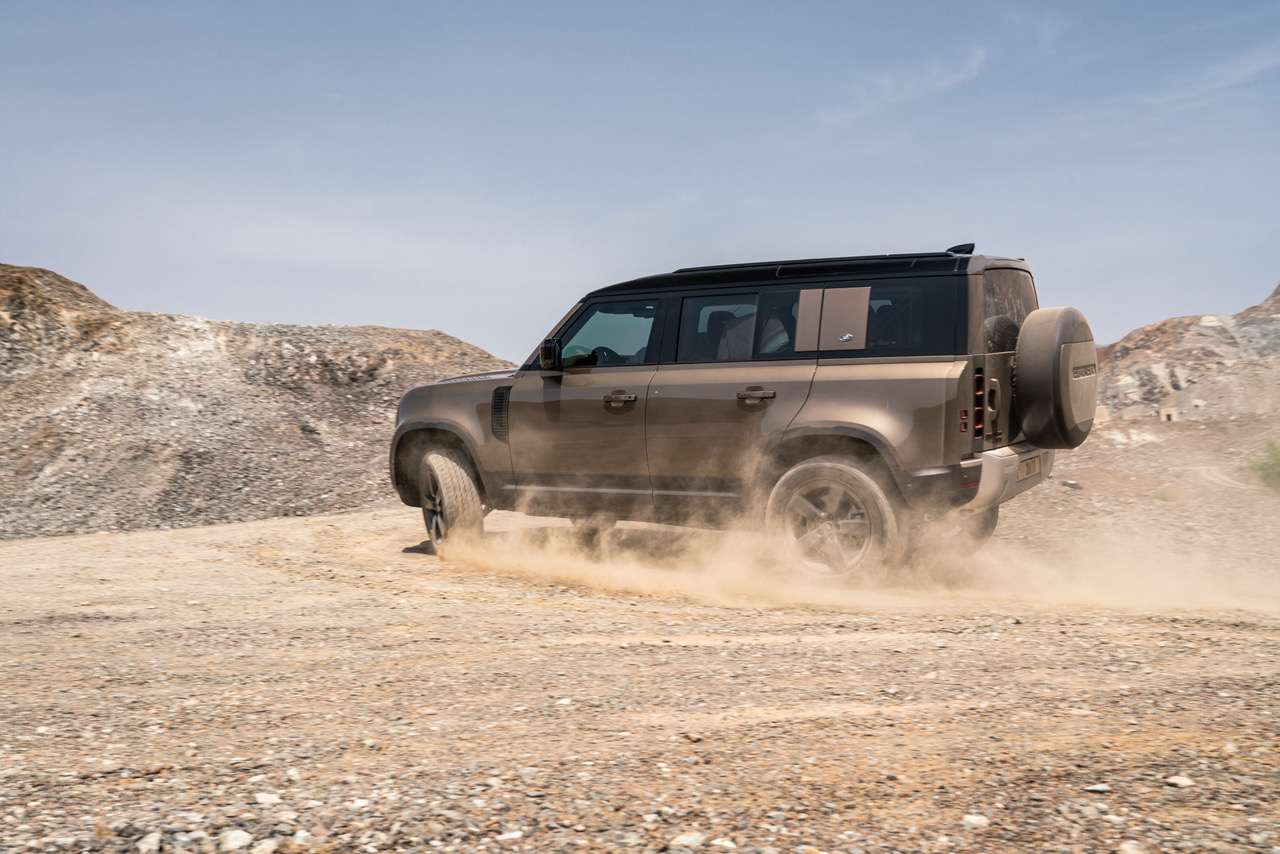 With the Defender concept unveiled back in 2011, Land Rover hinted the model would be returning as a more lifestyle orientated design. Even though the public response to the show car was good, the Brits were taking on faithful fans with their new Defender and the touchy subject was postponed in favour of building sure profit makers.

Eventually Land Rover couldn’t just dance around the subject, and knowing they had to go for it, after a seven year will-they-won’t-they JLR finally gave us a new Defender for the 2021 model year. 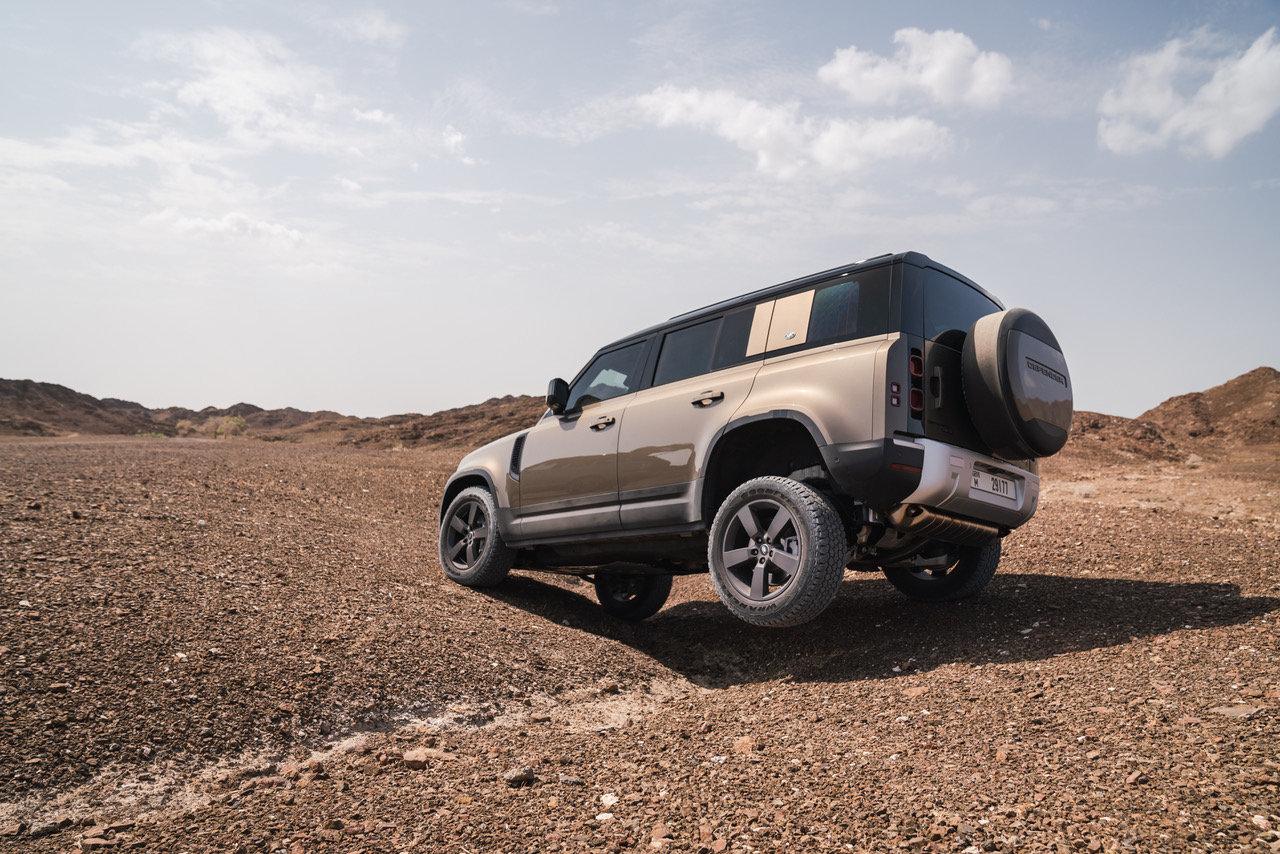 The reimagined Defender is offered with a new line of efficient four-cylinder and six-cylinder engines, which are well up to the standard when it comes to the latest technologies. Most of the tech used in these new engines is pretty common for 2020, but it’s quite an update as far as the Defender line is concerned. Engineers included low friction internals and a 48-volt system powering the ancillaries with a seven kilowatt electric supercharger allowing for a 142Nm increase of torque. Even though the Defender is advertised as a “mild-hybrid” the system can’t propel the car by itself. 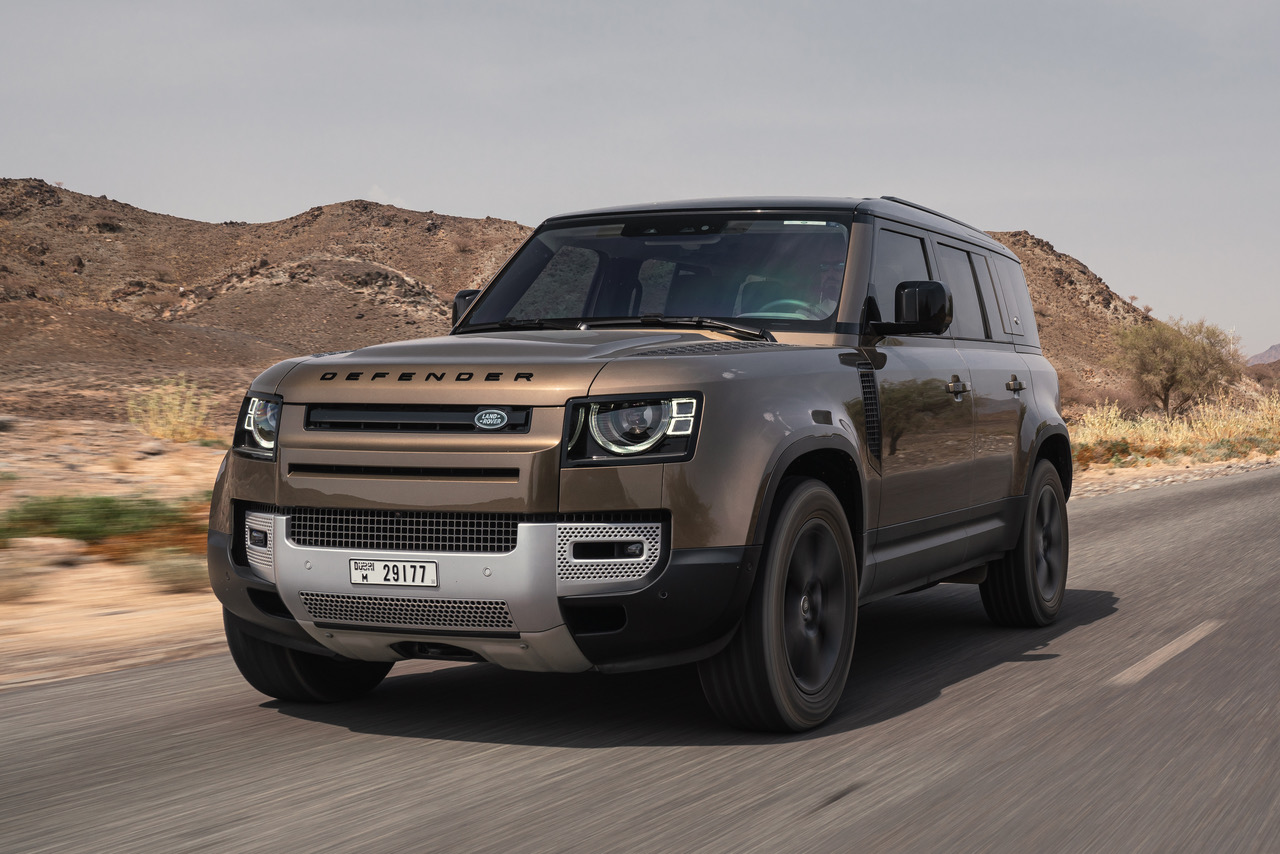 It’s not that easy to make a simple, boxy design work these days not only from a styling perspective but from a safety standpoint as well. With regulations getting stricter every year we were pleasantly surprised how Land Rover kept the essence of the original Defender with the touch of its latest corporate look.

The interior is a mix of traditional and modern, just like you would imagine a Defender for the 21st century. It’s quite a pleasant place to be, functioning as you would expect, but also filled to the brim with gadgets including a big infotainment screen as well as a virtual instrument cluster. The dashboard features a high-mounted gear lever placed conveniently close to the steering wheel and when in manual mode it’s used for shifting as there are no paddles behind the wheel - which is fine as the whole Defender ideology doesn’t work with paddle shifters. 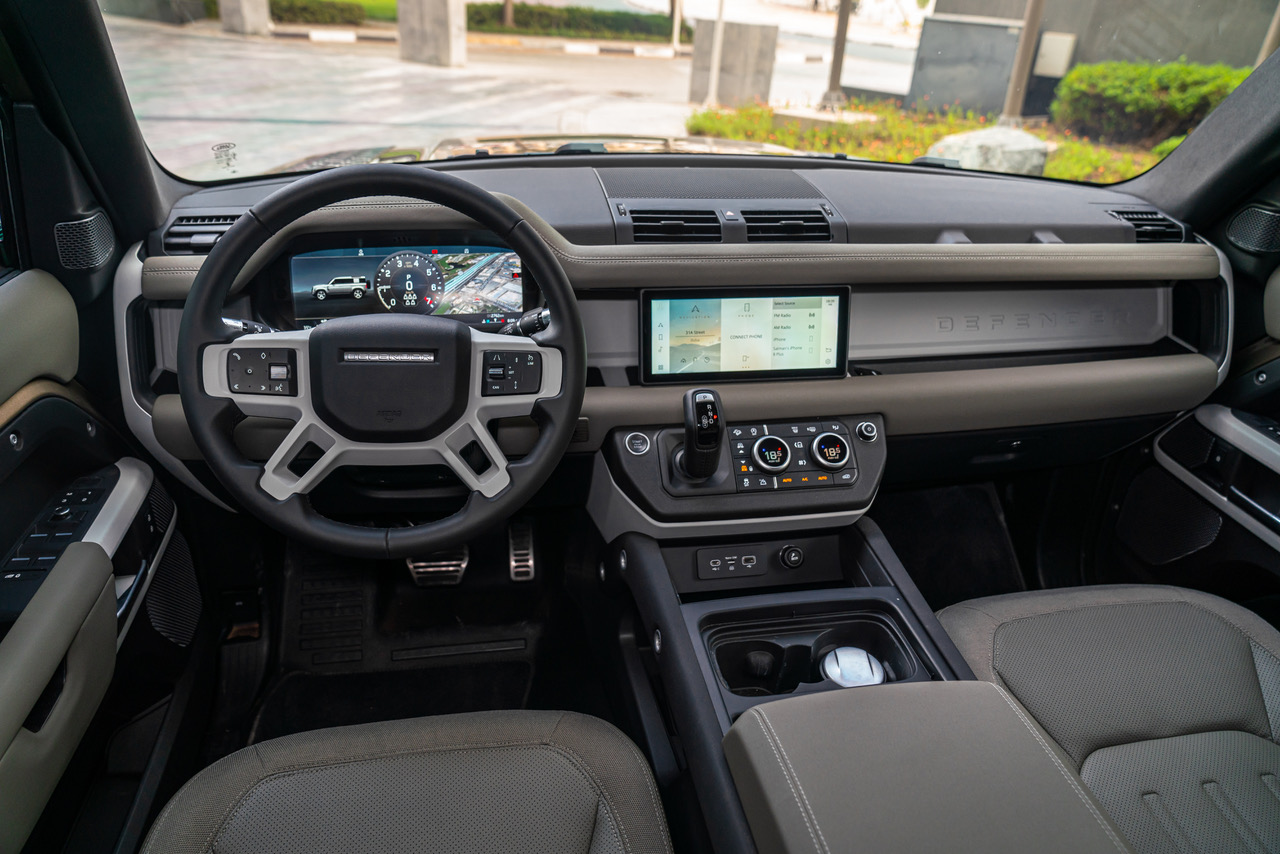 Although it’s the opposite of the farmer-friendly original, the new Defender features enough toys for serious capability off-road. As a matter of fact it isn’t shy of its genes and it likes to show off its adventurous spirit.

Many different accessories are offered to suit every taste and lifestyle need- you could opt for the Explorer Pack which adds roof and side racks as well as a raised intake to help you wading wadis, but if that’s not your thing, the Urban Pack strips the Defender of any unnecessary off-road kit as you wouldn't be needing any of that while cruising down the Beach Road. Land Rover’s styling department did some of its finest work here, making personalisation of your Defender a real treat with a full catalogue of different options. 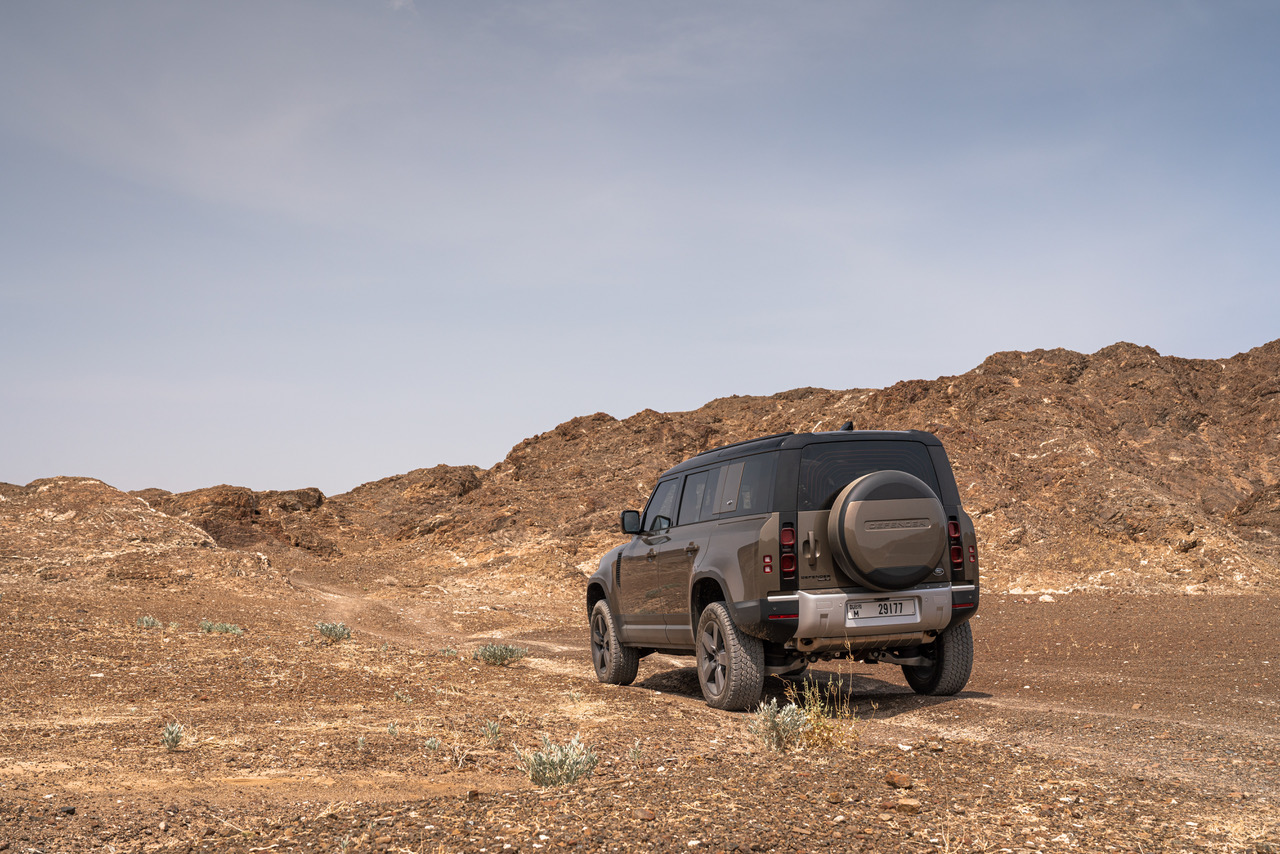 The dynamics of the new Defender are one of its strongest points, both on and off the tarmac.

Land Rover has achieved that multi-character feel thanks to its air suspension which makes the new Defender pretty capable on road, with handling more suited to a sedan rather than a 2.3-tonne SUV, and yet, like every other Land Rover/Range Rover it’s ever capable over rough terrain. When required, a selection of different modes turns the Defender from a boulevard cruiser into a dune basher, or simply a quiet, practical daily driver. Depending on the trim package, wheel options vary from 18 to 22 inches in diameter which is the usual deal nowadays, although we didn’t notice any changes in ride comfort with the bigger wheel sizes. 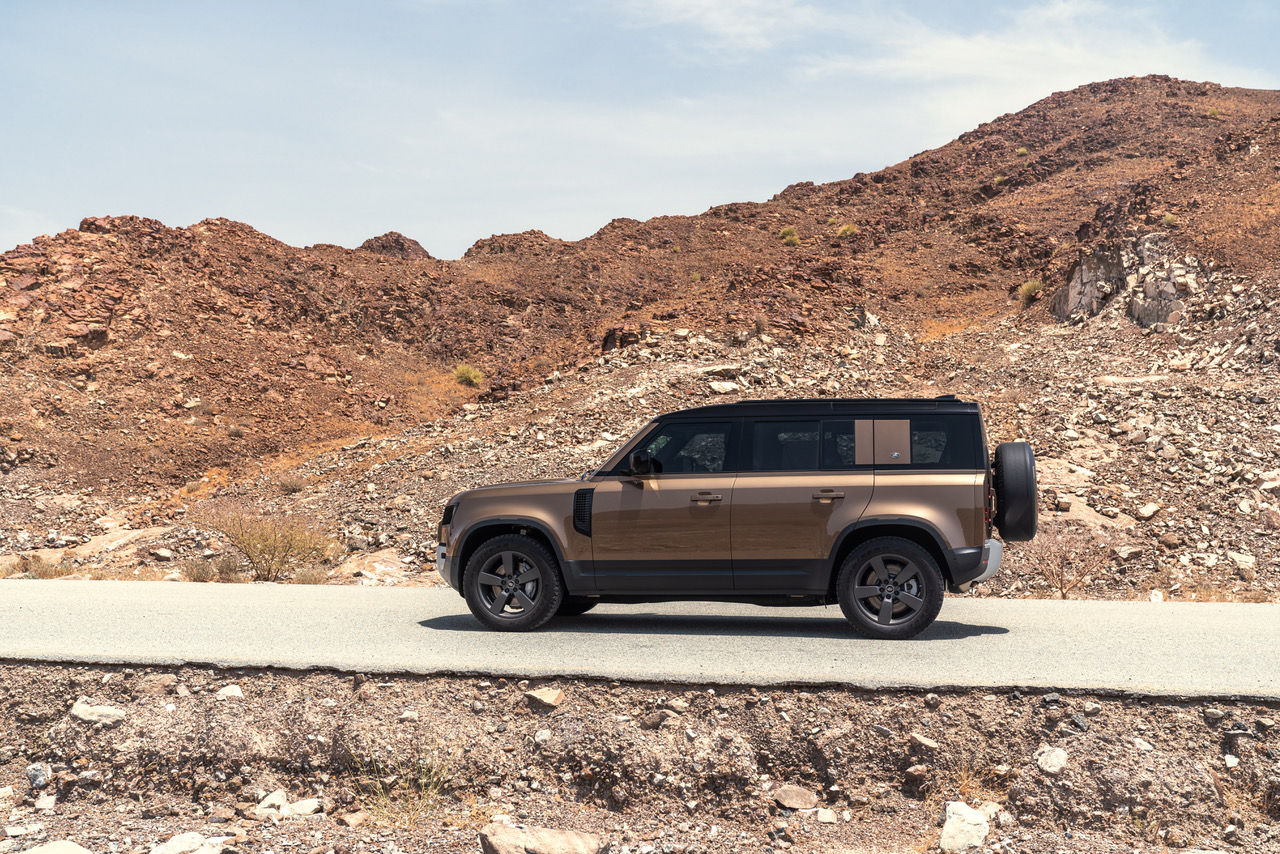 A turbocharged straight-six engine powered our test vehicle in scorching heat over the Dubai desert, producing 400 horsepower and 550Nm of torque. Power delivery is smooth and responsive thanks to the combination of a twin-scroll turbocharger and the introduction of electric supercharging, there to fill-in boost at lower engine revs to minimises turbo lag.

Performance wise, acceleration from zero to 100km/h is well into hot hatch territory, quoted at 6.1 seconds - for a 2.3-tonne vehicle that’s more than impressive. 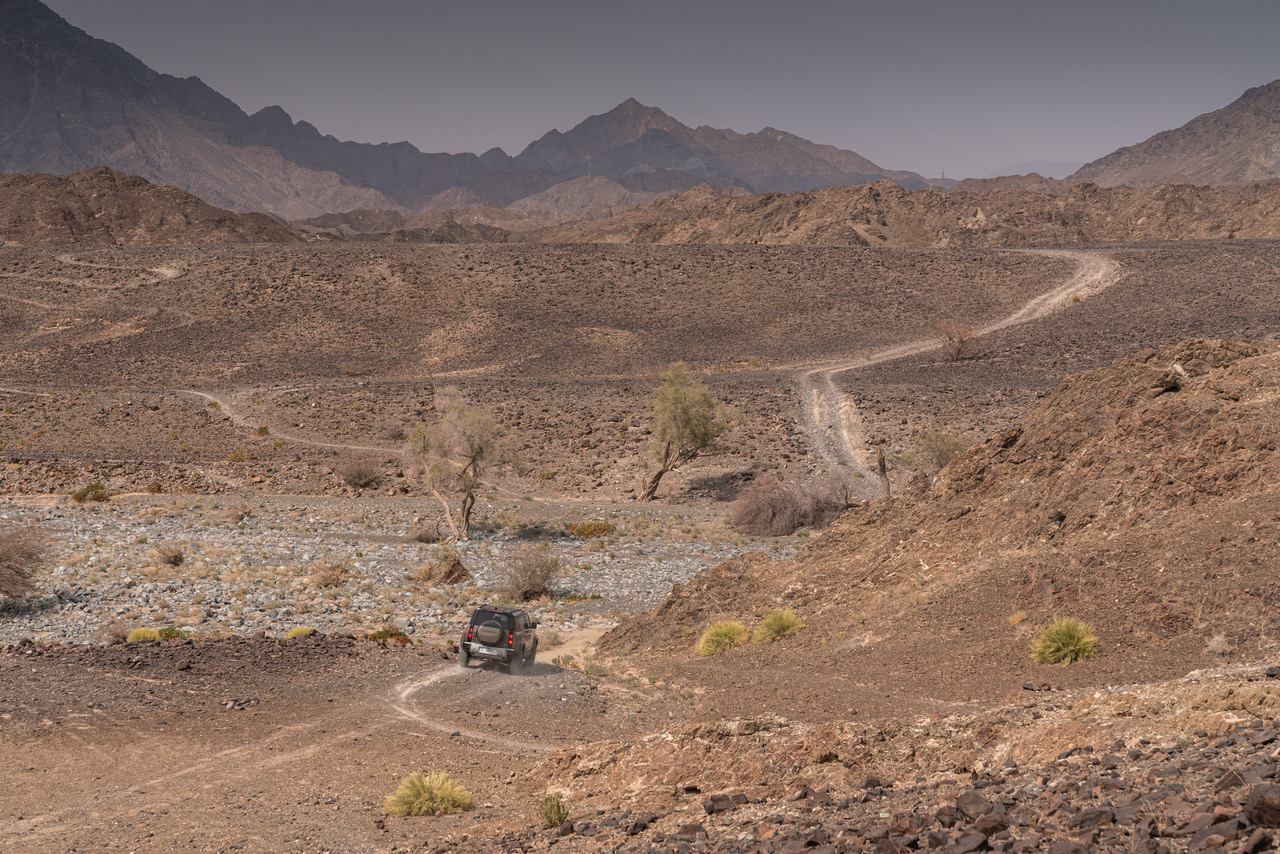 Land Rover didn’t take off-roading for granted when it comes to the new Defender platform which now has to work both in and out of the city. With all that cutting edge engineering they had to make sure it would work pretty much anywhere, which meant testing it for thousands of gruelling kilometres around the world, many of which were spent in the UAE preparing the car for extreme climates

Land Rover can be proud of the new Defender, a faithful reinvention, if not successor, of the iconic classic that started it all for this storied British brand.