The Urus Is Stong As an Ox - Lambo Is Betting Its Sales Will Be Too.

At this point, it’s undeniable: luxury SUVs are a thing. So much so that Lamborghini didn’t just jump on board - they’ve built a new ship entirely. Enter the Lamborghini Urus, which the automaker bills as the world’s first “super-SUV.”

This isn’t even Lamborghini’s first rodeo. From 1986 to 1993, the Italian automaker made the LM002, an SUV that basically looked like a tank (it was actually intended for military use, but with a Countach engine, because that makes sense). Think along the vibes of the Defender or G-Wagen, but unlike those, it was never quite took off - the world wasn’t ready for it yet. (That, or Hummer already had that market on lockdown.)

Fast forward to this week and Lamborghini just released their second SUV, the Urus. First question here: what the hell is a Urus?  Apparently, it’s another word for the aurochs, which were the ancestors of modern domesticated cattle. So Lamborghini may have just named their new SUV after a cow. But hey! It could also mean they’ve domesticated a wild beast. 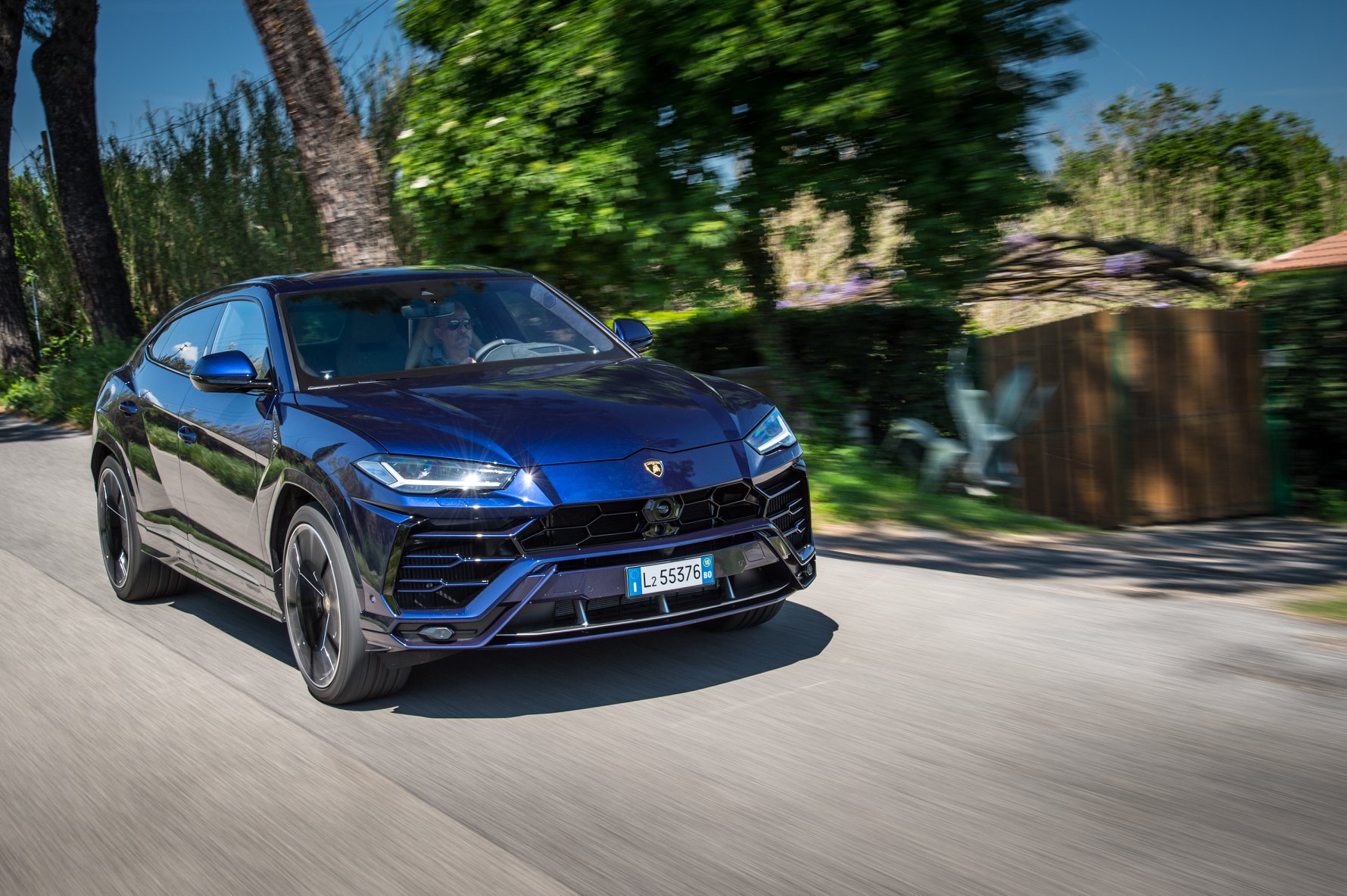 Looks-wise, it’s definitely your typical scary-as-hell Lambo, except this time it’s hopped up on steroids. I mean, just look at the lines! Lines everywhere! So sharp they’ll probably cut the shit out of you. This thing is angular AF, making it look hella mean, and we’re okay with that. Wait a minute - that whole domesticated beast thing is making sense now. Alright Urus, I see you.

Obviously, if you were brought up right, you know that looks aren’t everything; it’s about what inside that matters. Considering it’s a Lamborghini, we’re probably going to like whats inside too. Under the hood, is a 641-horsepower twin-turbo V-8 engine with a top speed of almost 306 km/h, and you can reach 0-100 in 3.6 seconds. It beats the Bentley Bentayaga’s top speed of 300 km/h, making it the fastest SUV in the world. That’s a lot of power for a grocery store run, because let’s be real here, nobody that gets the Urus is actually going to take it off-road - it’s a Lamborghini for God’s sake. There’s also a rumour going around that a plug-in hybrid version might be available after production begins in 2018. I don’t think any of us imagined a day where you can get a hybrid Lamborghini, but guess what, that’s the future. 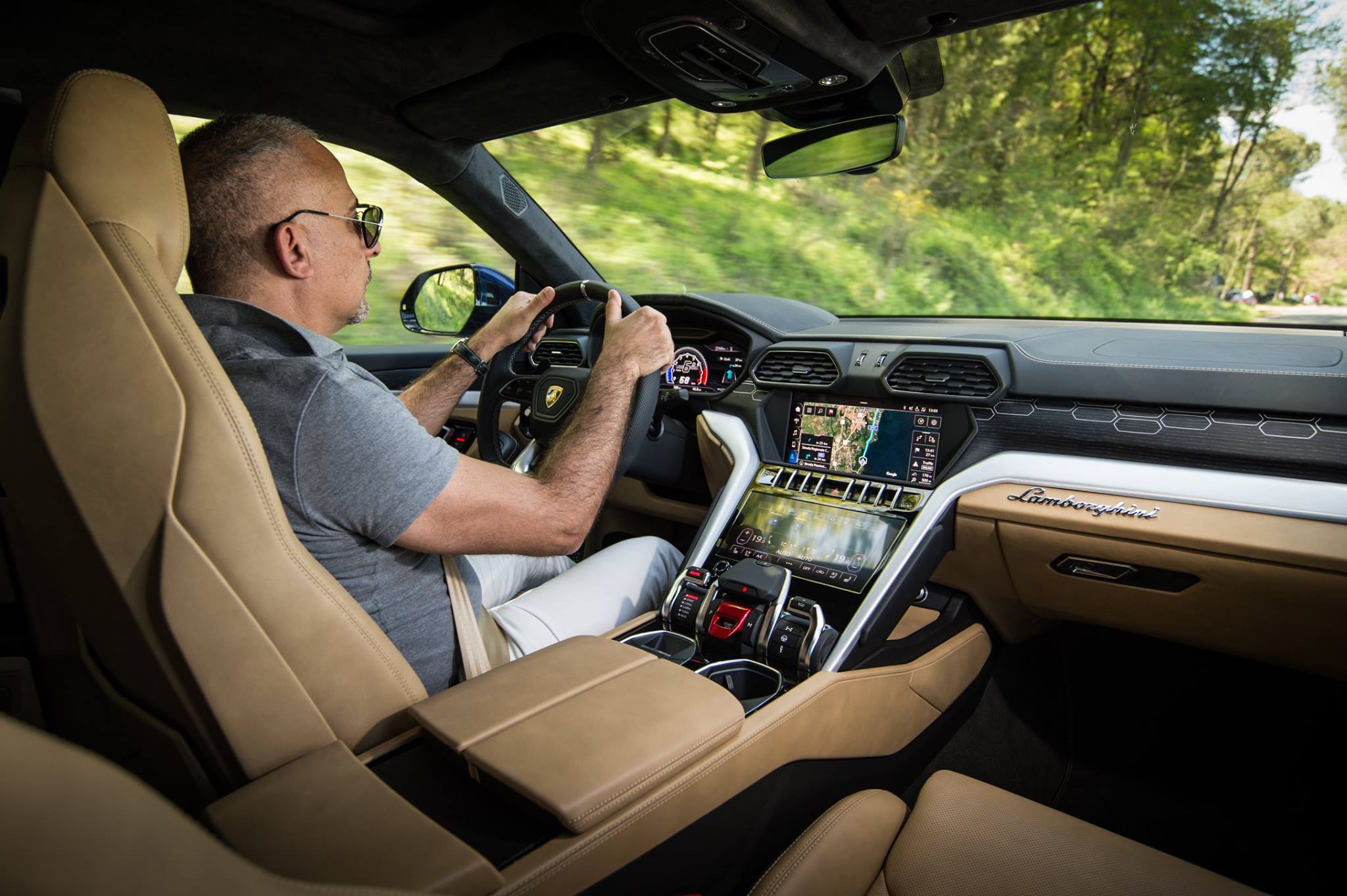 Finally, let’s take a peek inside the gorgeous Italian interior. It’s exactly what you’d expect from Lamborghini, but there’s something different compared to, say, the Aventador. Maybe it’s the fact that there are rear seats, but something is strangely approachable about this interior. Perhaps it’s the fact that you probably won’t bang your head trying to get into it. Unlike the vicious exterior, the interior almost looks welcoming. After all, this is technically meant to be a family car.

To understand the ethos behind the Urus, one must ponder its sales slogan: “We are not supercars. We are Lamborghini.” It sounds rather antithetical. When you think supercars, you think Lamborghini, don’t you? Posters of the company’s ultra-luxury Diablos and Countachs and Miuras have been pinned up on teenage bedroom walls for decades.

Turns out Lamborghini want SUVs to adorn those walls too. Super-SUVs, in fact. Of course, the luxury SUV craze kicked off back in 2002 when Porsche debuted the Cayenne, and Jaguar, Bentley, Maserati, and Rolls-Royce have since joined the party. So what makes the Urus different? 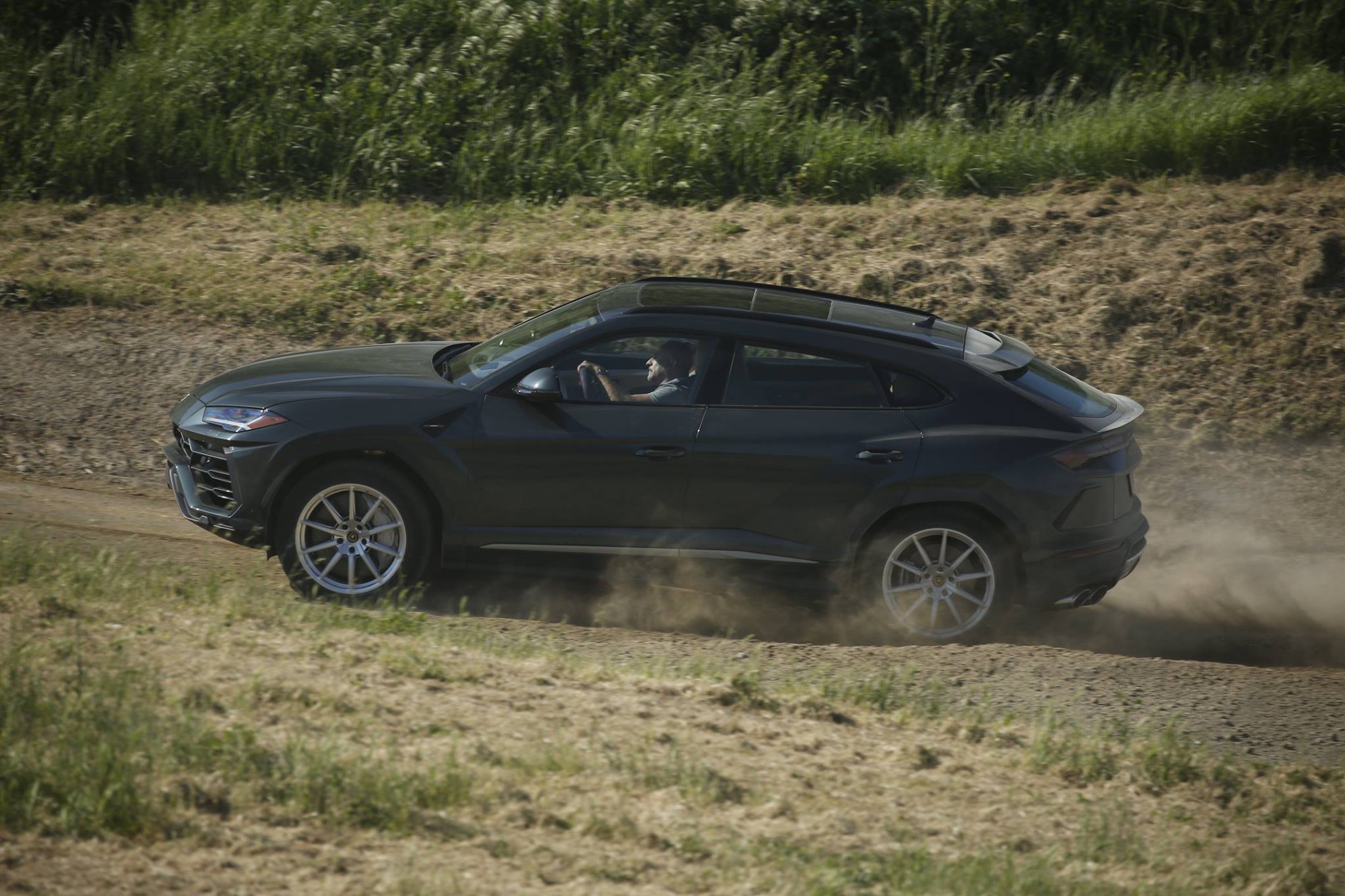 We recently sat down with Lamborghini COO Alessandro Farmeschi, at Urus’ Canadian launch, to ask him exactly that.

Obviously, not many people think of SUVs when they think of Lamborghini. Why did you guys decide to enter this segment?

Basically, as Lamborghini, we watch the market’s condition, and what we saw was that the SUV segment is a one that is in continuous expansion. Throughout the year, the segment is becoming bigger and bigger worldwide, and I would say mostly the States and Canada are the biggest markets for it. What we noticed was there was no offering for the high-end super-sports - so if you look at the market with the launch of the Urus, there were SUVs, but not super-SUVs. When I say super-SUVs, I say a product that is specifically positioned at the high-end in terms of pricing, but also in terms of sportiness. The driving dynamics, the emotion, the design of the car are typical characteristics in the DNA of Lamborghini. So we created the super-SUV that is a combination between a super sports car, with the DNA coming from our Aventador and Huracan, together with the characteristics that an SUV usually has: roominess, versatility. That is giving to our future clients the opportunity to live our brand, not only in specific moments, but every day and anytime.

Would you say you’re now trying to appeal more to a day-to-day driver?

Yes. The Urus is a car that is for day-to-day drivers, for commuting, for shopping, for holidays, for skiing. You can host up to five people in the car, so it’s so versatile, but at the same time, has the pure DNA and driving emotion of a Lamborghini. This is a perfect mix. This was done because we want to open the door to many possible clients who can enjoy the car. A day to go shopping, the weekend to go skiing, and maybe a day, why not, to have fun driving the car on a race track. And the car has a lot of roominess, so for instance, the back trunk can host up to three golf bags, and has all the technical features for on-board entertainment, but also the more safety oriented devices such as the advanced driver assistance system. But nonetheless, to give all these features you need emotion when driving the car. 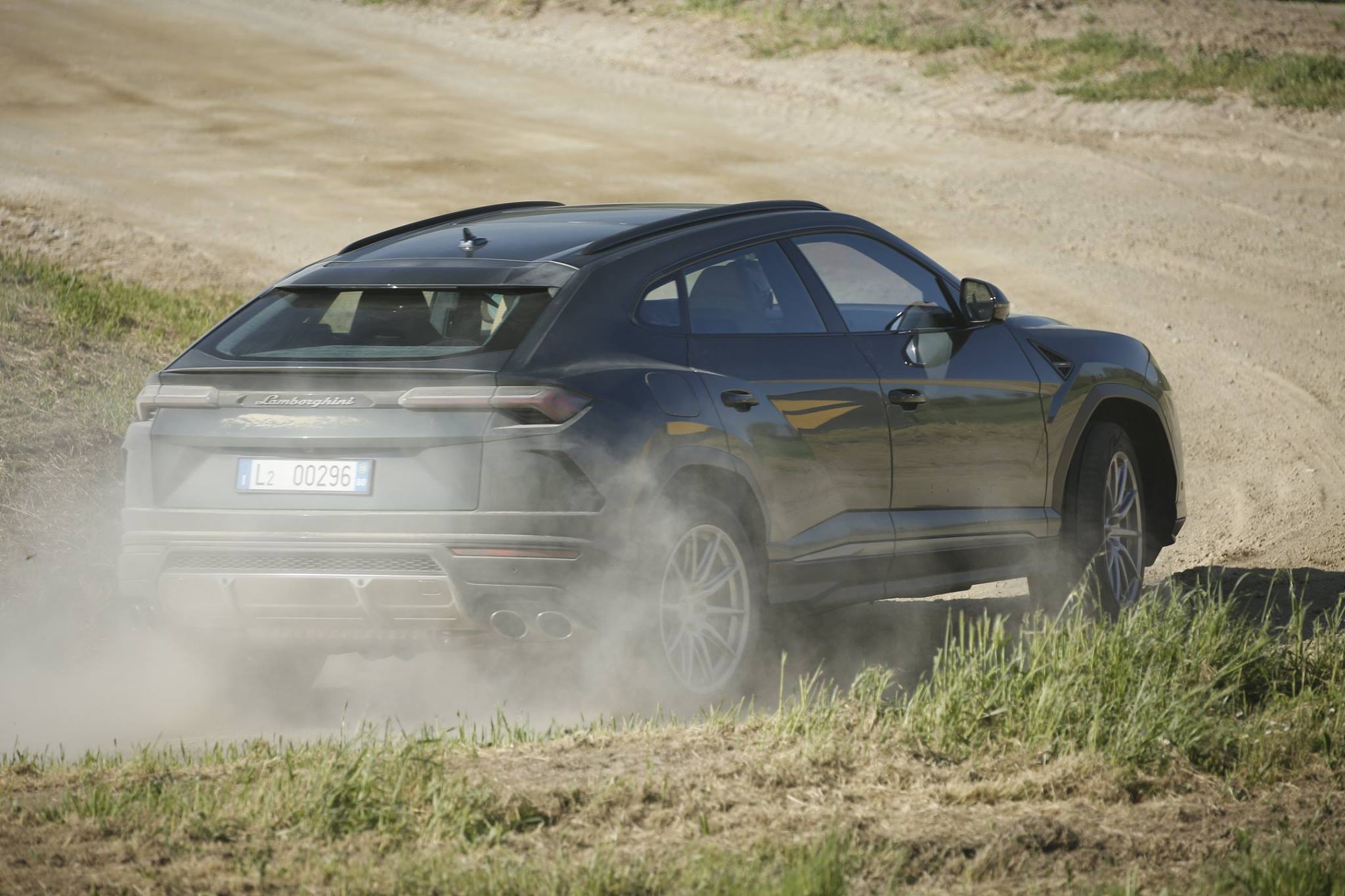 Why are we seeing more and more demand for SUVs these days? Where is it stemming from?

The increase in demand. I believe, is due to the fact that there is a tendency today of having the need for more roominess and comfort when driving cars. For us, in terms of product offers, this is mainly a conquest product because we are adding something new that is not in competition with our current products. So the idea for us is to double the sales and to propose a product that today is not in the market. We believe we will attract a lot of clients from other luxury brands, from premium brands, who can get something that today is not present in the market.

But we’ve seen other high-end automakers launch their own version of SUVs - Porsche has the Cayenne, and now we’ve seen Jaguar and Maserati do it. What makes the Urus different?

What differentiates Urus from the others, first of all, is that it’s a pure Lamborghini. Lamborghini means the design and emotion typical from driving a Lamborghini, this means acceleration - this means handling, this means the design of the car itself, and this means the sound of the engine. So it’s the experience of when you sit in the cockpit and you have around you a Lamborghini. In terms of performance, this is something that, in terms of packaging, what is in this car is not present in the market. It’s the most powerful super-sport utility vehicle; it’s the car with the best-in-class speed: 305 km/h, 0-100 in 3.6 seconds. And on top of that, when you move a car like that with a certain mass that is 2200 kg, we need also to stop and manage the power and the mass of the car. We have the biggest braking system in the world with discs that are 440 mm, with callipers with ten pistons in the front. That is something that sometimes, if you could just check how big the braek disc is in the front, it’s as big as the wheel of a normal car. That’s the reality, how important the presence is of the braking system. So all together, this is an incomparable package that has no equal in the market. 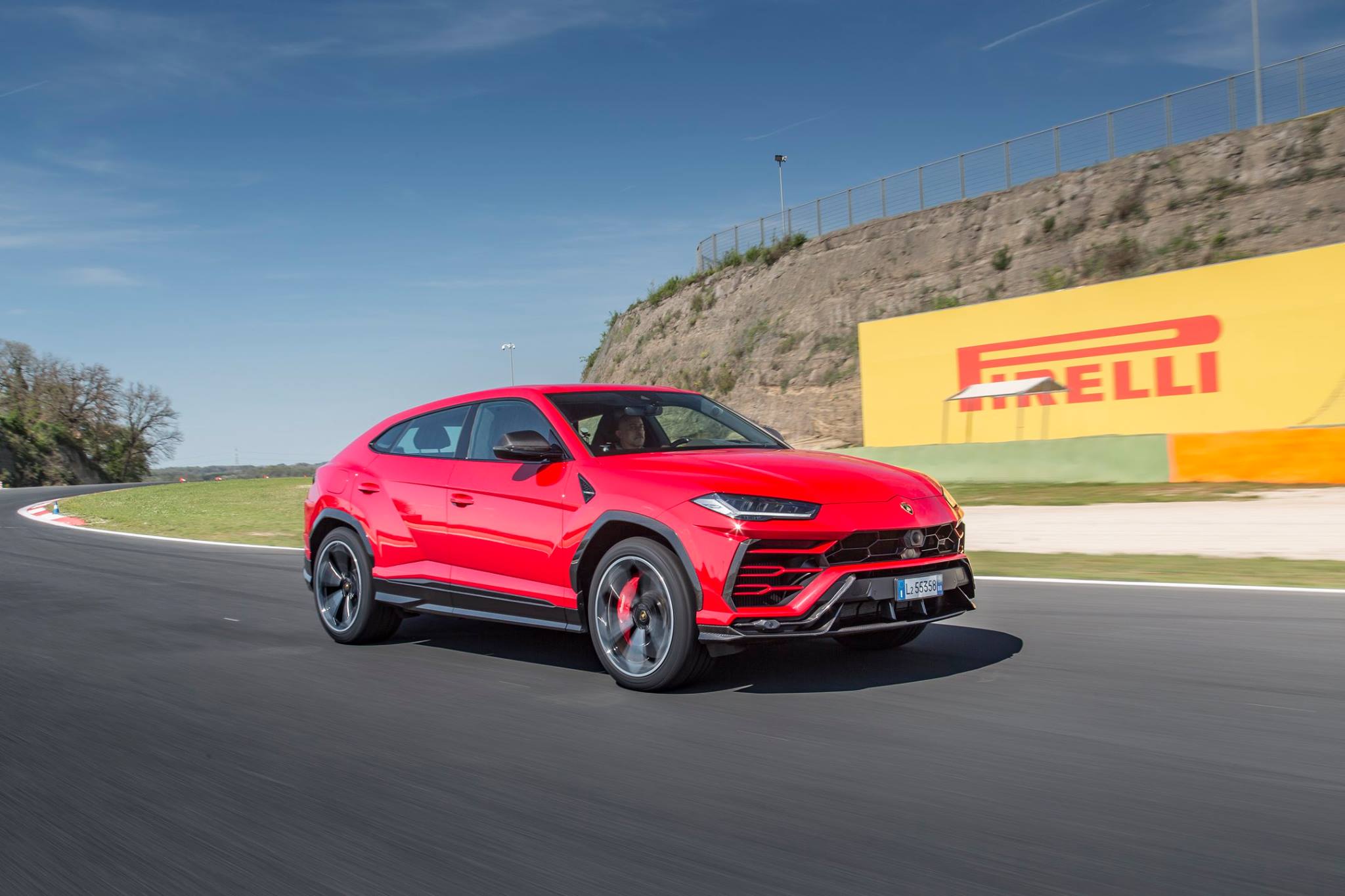 Obviously a lot of Lambo enthusiasts didn’t grow up with pictures of SUVs on their walls. How do you address that challenge of still appealing to the Lamborghini enthusiasts while also attracting the day-to-days?

I’ll start by saying we have an example behind us: Lamborghini already has an SUV in its history, a car that was launched in ’86, the LM002. That was a pure Lamborghini; it was a visionary project at the time that many people thought was crazy, but in the end, it was the predecessor of the current SUV, so in terms of heritage, we are linked to the past, but in terms of design, I can tell you driving the car and also watching the car on the road, you don’t see an SUV - in the end, you see a super-sport car. So also, seeing how good the reception of this car has been in the market, I can say that we are satisfying the finest tastes of our clients.

When you look back at the LM002, are there lessons learned from that car? Things you sought to do differently this time around?

We believe that the LM002, at that time, was a visionary project and product. Clearly, today what we took from the LM002 is the inspiration, the visionary approach to create an SUV that is a super-SUV. The idea was: was there a super Jeep at the time? What there a super-SUV already? Nobody could call it an SUV because there were no SUVs around. The vision we had doing this was to create something that starts from there; a car that has the performance, the roominess, the agility, and the comfort of an SUV in a super-sport package. This is a vision because there was nothing in the market, nothing that could pull together all these elements. 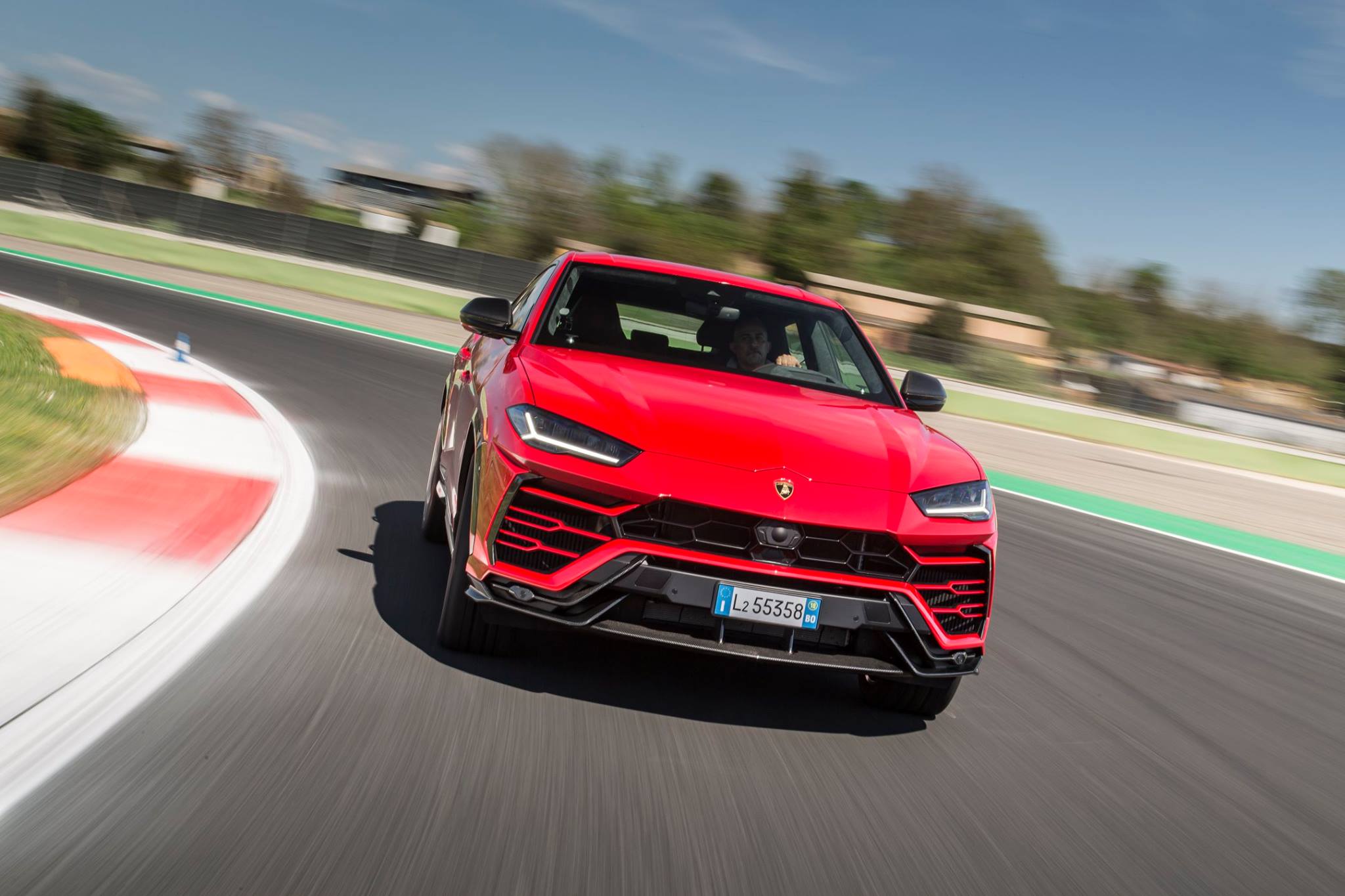 What kind of impact do you see this car having on Lamborghini?

For us, the first impact we are having is the dimension of the company. To create an SUV will double the size of the company from 80,000 metres squared to 160,000 metres squared. Basically we built a new production line, built a new finishing line, a new logistics centre, so this is a big investment. because all the production of this car is in Sant’Agata Bolognese. Obviously, this comes along with the almost 500 new people we hired, so we say that we doubled the size of the company. This is a game-changer for this reason, but also because the expectation is to double the volume, because we’ve opened a segment to different people, different personalities, different needs. Families, for instance, a family of four or five people can go with a Lamborghini to enjoy the car and have fun, and have the emotion of being inside. This is the task of this car; to respond to a demand that is going to double to company’s size.

Lamborghini doesn’t make affordable vehicles and that’s okay. Still, the Urus’ price tag will be pretty low for a Lamborghini, with a base price of around 735,000 AED.

Declarin’ , the McLaren 570GT is a super refined super car

Meet Karim Habib, the Canadian Who's About to Completely Reinvent Infiniti

The One-Off Ferrari SP38 Is What All Ferraris Should Look Like: Here's What We're Reading Today