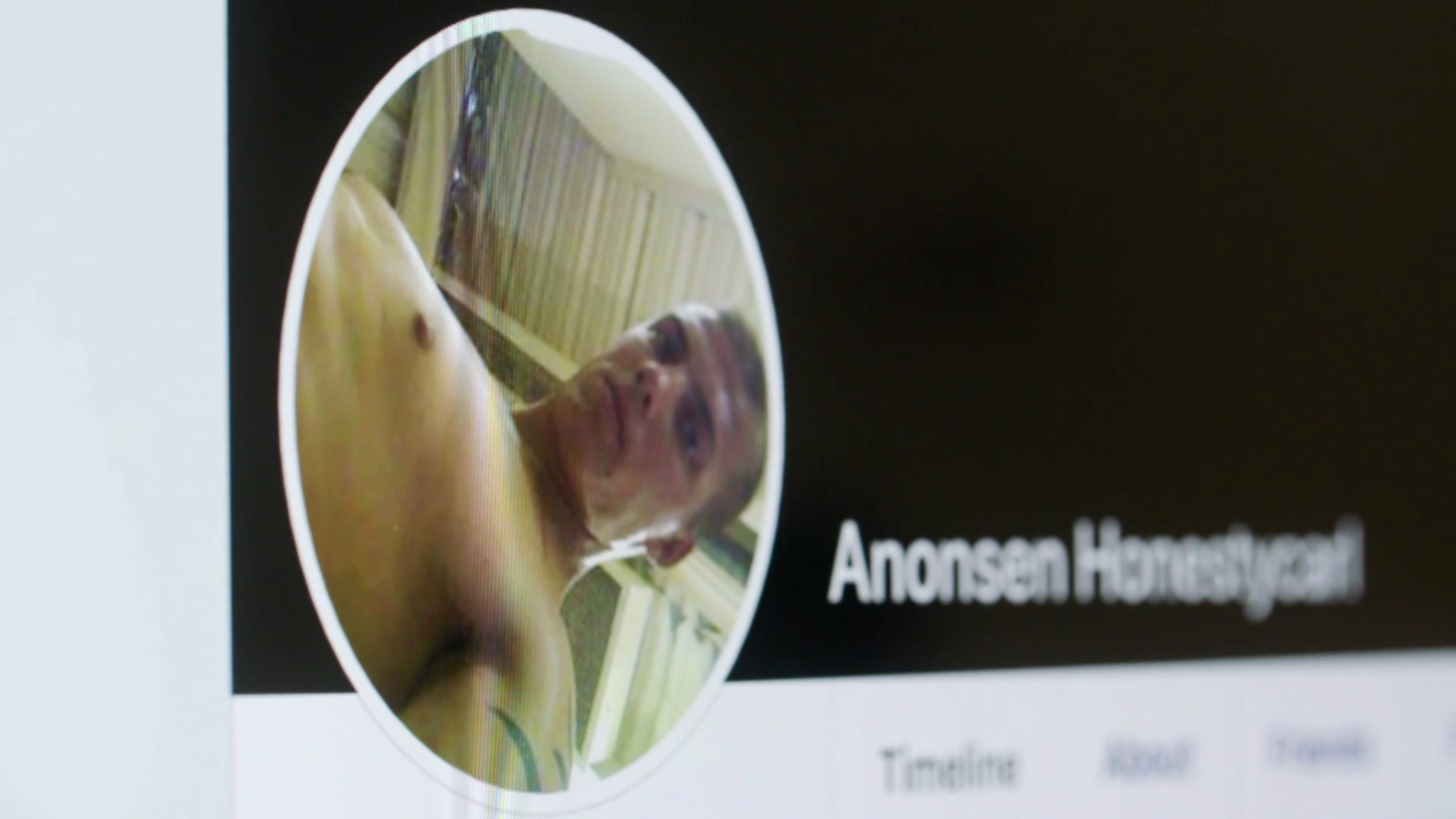 Renee Holland sent her Facebook friend thousands of dollars. She became entwined in a global fraud that the social network and the United States military appear helpless to stop.

FORT PIERCE, Fla. — On a Monday afternoon in June 2017, Renee Holland was draped in an American flag at Philadelphia International Airport, waiting for a soldier she had befriended on Facebook.

The married 56-year-old had driven two hours from Delaware to pick him up. Their blossoming online friendship had prompted her to send him a care package and thousands of dollars in gift cards. She also wired him $5,000 for plane tickets to return home.

Now she was looking for a buff, tattooed man in uniform, just like in his Facebook photos. But his flight was not on the airport arrivals board. Then a ticket agent told her the flight didn’t exist.

From there, Ms. Holland said, it was a daze. She walked to her car, with “Welcome Home” written on the windows, and sobbed. She had spent much of her family’s savings on the phantom soldier. “There’s no way I can go home and tell my husband,” she remembered telling herself. She drove to a strip mall, bought sleeping pills and vodka, and downed them.

The man in the Facebook pictures had no idea who Ms. Holland was. His real identity was Sgt. Daniel Anonsen of the Marine Corps, and he had joined the social network a decade earlier to keep in touch with friends and family in Maryland. Now he was contending with dozens of Facebook impostor accounts using stolen photos of him at the gym, at his brother’s wedding and in Afghanistan.

“For every one that I deleted, there was 10 more that were popping up,” he said. “It turns my stomach.”

Ms. Holland and Mr. Anonsen represent two sides of a fraud that has flourished on Facebook and Instagram, where scammers impersonate real American service members to cheat vulnerable and lonely women out of their money. The deception has entangled the United States military, defrauded thousands of victims and smeared the reputations of soldiers, airmen, sailors and Marines. It has also sometimes led to tragedy.

The scheme stands out for its audacity. While fraud has proliferated on Facebook for years, those running the military romance scams are taking on not only one of the world’s most influential companies, but also the most powerful military — and succeeding. Many scammers operate from their phones in Nigeria and other African nations, working several victims at the same time. In interviews in Nigeria, six men told The New York Times that the love hoaxes were lucrative and low risk.

“Definitely there is always conscience,” said Akinola Bolaji, 35, who has conned people online since he was 15, including by posing on Facebook as an American fisherman named Robert. “But poverty will not make you feel the pain.”

Facebook has long had a mission to “connect the world.” But in the process, it has created a global gathering place where the crooks outnumber the cops.

For digital criminals, Facebook has become a one-stop shop. It has plenty of photos of American service members. Creating an impostor account can be easy. Facebook groups for single women and widows are full of targets. Scammers can message hundreds of potential victims. And they congregate in their own Facebook groups to sell fake accounts, Photoshopped images and scripts for pulling off the cons.

“There are so many people out there that are lonely, newly divorced, maybe widowed,” said Kathy Waters, head of a group called Advocating Against Romance Scams. “Everybody wants somebody to love and to listen to them and hear them. And these scammers know the right words to say.”

Facebook said it requires people to use their real identities on its sites. To eliminate impostor accounts, it has invested in technology and more human reviewers. The company works with the authorities to prosecute scammers. Billions of fake Facebook accounts have been blocked over the past year, the company said, though its estimate for the number of active fakes has steadily risen to about 120 million. It declined to disclose a figure for Instagram.

“That job is not finished and we are committed to sharing our progress,” Facebook said in a statement.

Kim Joiner, a deputy assistant to the secretary of defense who oversees the military’s social media accounts, said her team works with Facebook to remove impostors and was pleased with the company’s response. “I’m absolutely satisfied,” she said.

When shown that searches by The Times for three top American generals on Facebook and Instagram had yielded more than 120 impersonators, Ms. Joiner said it was “disturbing.” She said she did not know why the fakes were not eradicated.

“I mean, the numbers are astounding,” she said.

To her friends and family, Ms. Holland was known as trusting and impulsive. Born in Philadelphia, she had spent time in Arizona and Missouri, working as a gardener and in an auto shop. She met her fifth husband, Mark Holland, when she offered him a ride off the side of the road.

In 2001, she moved to Delaware to care for her sick mother. When her mother died in September 2016, Ms. Holland found herself depressed and with free time. She noticed her sister glued to her smartphone, scrolling through Facebook. So she bought a smartphone, too, and created a Facebook profile.

A few weeks later, Ms. Holland got a Facebook message from a stranger. The profile showed a man in uniform named Michael Chris. He told her he disarmed bombs in Iraq.

Ms. Holland said she initially felt uneasy, but the conversation flowed. Mr. Chris told her about life at war. She made him laugh.

Ms. Holland said she initially felt uneasy, but the conversation flowed. Mr. Chris told her about life at war. She made him laugh.

Ms. Holland said she initially felt uneasy, but the conversation flowed. Mr. Chris told her about life at war. She made him laugh

“He kept saying, ‘You’re really funny. And you make it easier for me just to know that somebody is at home that I can talk to,” she said. “How cool is this that I could really make somebody feel better?”

What Ms. Holland did not know was that the man in Mr. Chris’s photos was actually Mr. Anonsen — and that his images were all over the internet.

Mr. Anonsen grew up in suburban Maryland, about two hours from Ms. Holland’s Delaware home. The oldest of four boys, he said he had “wanted to be in the military since the day I could remember.” After graduating high school in 2006, he joined the Marines.

In 2010, while browsing Facebook, he discovered hundreds of unsolicited messages from women he did not know. Many said they loved him. They asked why, after months of correspondence, he was not responding. They implored him to write back.

Confused, Mr. Anonsen searched for his name on Facebook and found dozens of impostor accounts. The problem quickly mushroomed. The women who thought he had duped them harassed his parents online. A new real-life girlfriend grew suspicious.

"She started questioning everything about what I was doing,” said Mr. Anonsen, now 31. “It actually ended our relationship.”

Mostly searching variations of his name, The Times found 65 profiles on Facebook and Instagram that used Mr. Anonsen’s photos. When The Times reported the fakes to the sites, 24 were removed over more than six months.

Several months into their online chats, Mr. Chris asked Ms. Holland for money. She bought him iTunes gift cards so, he said, he could buy more minutes on his cellphone. She sent money for beer for his birthday. And she paid for medicine for what he said was a sick daughter, Annabelle, in California.

n June 2017, she wired $5,000 for Mr. Chris and a friend to fly to Philadelphia from Iraq. She sneaked the money from a pile of cash she and her husband hid in their bedroom, which represented their life savings. Mr. Chris promised to pay her back when he got there. He never arrived.

That was when Ms. Holland took the sleeping pills and vodka. Days later, she awoke in a hospital bed. “You open your eyes, and the person you didn’t want to face the most is sitting next to you,” she said. “Mark.”

Mr. Holland knew about his wife’s Facebook friend. An Army Airborne veteran himself, with tours in Honduras and South Korea, he once helped Ms. Holland prepare a care package of snacks, underwear and foot powder for Mr. Chris. (The package was returned.) Now he said he realized his wife’s relationship with this man had gone further than he understood.

“I had a lot of anger,” Mr. Holland, 53, said in an interview last year. “But I also had a little bit of compassion because I knew how bad she felt.”

When Ms. Holland returned home from the hospital, her relationship with her husband and her then 82-year-old father, whom she was caring for, was strained. One person kept talking to her: Mr. Chris.

“He wanted to make it up to me,” she said. “He was going to sit there, look my husband in the eye and tell him how sorry he was and pay him back.”

Ms. Holland said she had been convinced that it was a scam. But Mr. Chris swore to her that he had been delayed by a military operation. She received an email from someone claiming to be Gen. Stephen Townsend of the Army, confirming the story. There were soon new photos of Mr. Chris injured in war, documents showing he was due big insurance payments and promises she would be reimbursed for more than she had lost.

She just needed to get him home.

But the strains remained. Mr. Holland was arrested on domestic violence charges in August 2018, according to a police report. Ms. Holland dropped the charges. She said in an interview last year that there had been another incident in 2017.

On Dec. 23, 2018, Mr. Holland shot and killed Ms. Holland and her father at their new home. Mr. Holland then turned the gun on himself.

Out of their hands

He estimated that he had reported roughly 200 impostor accounts to Facebook. The company removed some, but said many didn’t violate its rules. When he sent messages to Facebook pleading for help, he received automated responses.

Mr. Anonsen told his platoon commanders about the issue, then his battalion’s intelligence officers. All said it was out of their hands.

“I thought military intelligence would be able to type a couple of zeros and ones and it would all go away, but it’s not that simple,” said Mr. Anonsen, who left the military last year and now works on a ship in the Gulf of Mexico.

His experience reflects the futility of stopping military romance scams: No one appears to be able to help.