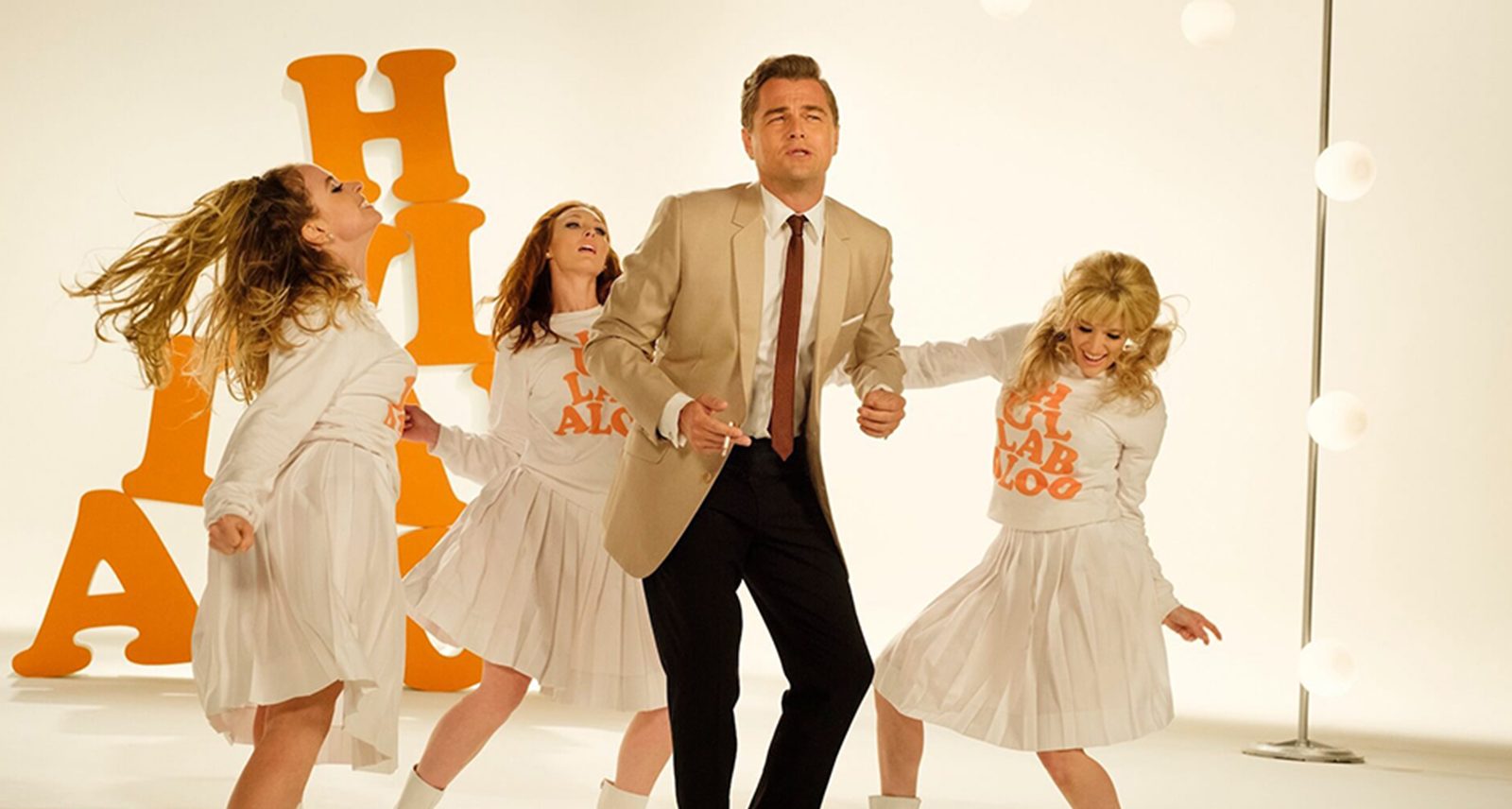 And the same way you can be 99.9 per cent certain you’re watching a Roland Emmerich movie whenever you see a shot of the White House getting blown to next Tuesday, it’s not exactly hard to tell when you’re watching a Quentin Tarantino movie – even though he’s only made nine* movies to date. (*Apparently we’ve collectively decided to count Kill Bill 1 and 2 as a single movie, huh? Cool cool. Just checking.)

His latest, Once Upon a Time…In Hollywood, is no different. Sure, Samuel L. Jackson doesn’t star in it, no one gets thrown in a trunk, and there’s not even a single instance of a white guy casually dropping the n-word – showing some remarkable restraint here, Quentin – but other than that, the director’s ode to 1969 L.A. and spaghetti Westerns is classic Tarantino through and through. So, with the movie coming to theatres this Friday, we’re running down the nine most unmistakably Tarantino moments in the latest Tarantino movie.

Just like every single other Tarantino movie, the soundtrack in Once Upon a Time…In Hollywood is meticulously curated, packed with ’60s hits both big and small. Although, seeing as how since the year’s 1969, it’s no longer an anachronistic affect for one of Tarantino’s characters to listen to vinyl. It’s just period accurate. The first uncomfortably lingering closeup of an actress’ feet

When Margot Robbie’s Sharon Tate goes to catch a matinee of her 1968 comedy The Wrecking Crew, she puts her bare-ass feet on the chair in front of her, and real talk, it might be one of the most disturbing things in the entire movie. (Including, yes, the whole Manson Family business.)

The second uncomfortably lingering closeup of a different actress’ feet

Or the third. Or fourth. I presumably don’t need to tell you that Quentin has a well–documented foot fetish, right? Supposedly, Tarantino specifically wrote the part of fictional Hollywood producer Marvin Schwarzs for Pacino, which makes sense, considering the director’s obsession with casting aging ’70s icons in supporting ensemble roles like they were Pokemon and he’s gotta catch ‘em all. Here, Pacino’s trying to convince DiCaprio’s former TV cowboy to go to Rome to make spaghetti Westerns in order to turn his luck around. Or, in other words, he’s in exactly the kind of place in his life where Tarantino would’ve wanted to cast him in his next movie so he could take sole credit for reviving his career.

Every scene of people laying around on a couch watching TV

Tarantino loves to make audiences sit around and watch people sitting around watching TV, and that’s a well he returns to more than once for Once Upon a Time. Whether it’s the Manson Family spending some quality family time in front of their set or Leo’s Rick Dalton and his stuntman pal (Brad Pitt) sitting down to chain-smoke cigarettes and provide director’s commentary for an episode of FBI, it just wouldn’t be a Tarantino movie without someone lounging on a couch watching at least one beloved TV show from the director’s childhood. The nods to classic grindhouse cinema

As a self-described “memory piece,” Once Upon a Time is packed with loving homages to ’60s grindhouse B-movies both real (like the Joe Namath-starring biker gang movie C.C. & Company) and fictional. There’s the spot-on faux spaghetti Western movie posters, with names like Operazione Dy-no-mite! Even an entire extended sequence of DiCaprio’s Dalton burning Nazis alive – another QT trademark – in his WWII action flick The 14 Fists Of McLusky, that feels like some kind of weird hybrid cross between Inglourious Basterds and Death Proof.

It’s not quite Mr.-Brown-delivering-a-dissertation-on-Madonna-lyrics levels of pop culture pontification, but there is a drunken bar debate about the greatest action directors of all-time, a discussion on the relative coolness of Paul Revere and the Raiders, and a lengthy monologue from Bruce Lee himself (played by Mike Moh) about whether he could beat Cassius Clay in a fight. Count it. It wouldn’t be a Tarantino movie without a tense standoff with a character who doesn’t seem nearly as concerned as he should be about the fact that there’s currently a gun pointed in his face. But Tarantino gives the well-worn cliché a clever spin here as he drops Dalton’s TV cowboy and his stuntman friend into the action the night of the Manson Family murders – turning Once Upon a Time into, essentially, historical fan-fiction.

I know, I know, it’s not a Marvel movie. But for all the signature Tarantino touches, if you stick around through the credits, you’ll find something seemingly very out-of-character for QT… Namely, the director’s first-ever (as far as I know) mid-credits sequence: a commercial for Tarantino movie staple Red Apple cigarettes. And that’s the moment you realize Tarantino’s been low-key building his very own interconnected cinematic universe long before RDJ ever became Iron Man, making Once Upon a Time feel like the culmination of the director’s entire 27-year career to date. I’m not saying it’s his Endgame. But still… aging heroes attempting to rewrite history and a mid-credits sequence? The only thing it’s missing is Samuel L. yelling at everybody.