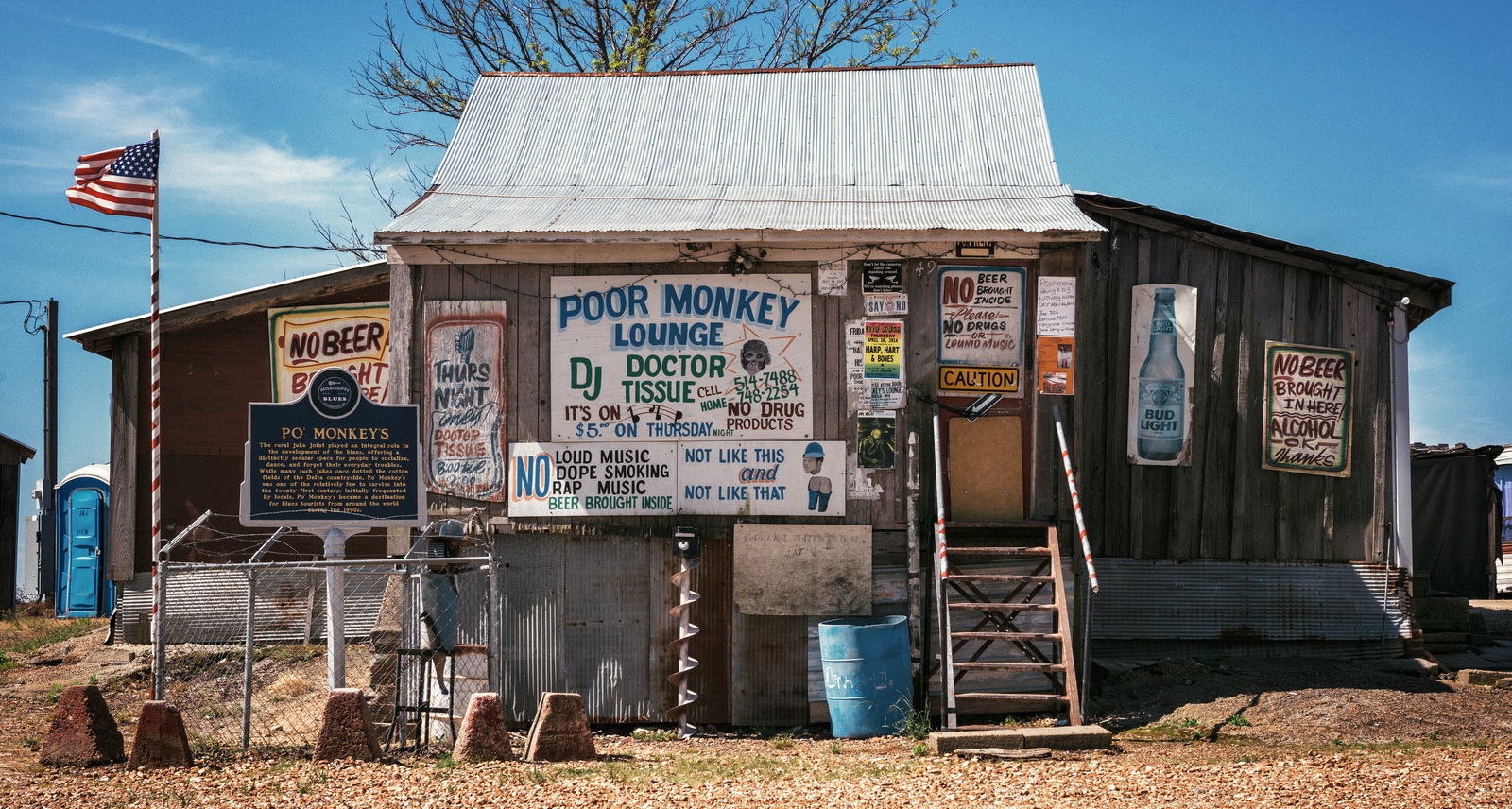 EDITOR’S NOTE: THIS STORY WAS ORIGINALLY WRITTEN IN 2011 FOR A NOW-DEFUNCT WEBSITE CALLED HANDLEBAR. WITH THE SAD PASSING OF PO’ MONKEY’S OWNER WILLIE SEABERRY EARLIER THIS WEEK, WE’VE DECIDED TO SHARE IT HERE AS A SMALL TRIBUTE TO A GREAT MAN.

There was room to dance, but not to move. I had sweat more in the past two hours than I had in the past two weeks. It was all but assured that if there was a mishap with one of the room’s many, many lit cigarettes, we would all be torched faster than you could ask, “Is this a fire hazard?”

A friend asked if I wanted to leave. I did not.

I was at Po’ Monkey’s in Merigold, Mississippi, a three room shack older than God but twice as fun. Ninety minutes south of Memphis and miles away from America as you or I know it, Po’ Monkey’s is one of the last surviving juke joints in the Mississippi Delta, though to describe it as “surviving” seems condescending. Survival is for capitalists; Po’ Monkey’s will die when it’s good and ready.

For the uninitiated — myself included, seven weeks ago — the juke joints of the Mississippi Delta are where blues music as we know it was born. Typically housed in sharecroppers’ huts on the same cotton fields where freed but not free black Americans toiled daily, juke joints were a release, a place to escape the back-breaking work and soul-breaking oppression of everyday life in the South. In the process, the juke joints sowed the seeds that would eventually produce all the best music you’ve ever heard: rock and roll, hip-hop, R&B, and, of course, the blues.

It’s 2011, and Po’ Monkey’s doesn’t exactly rock Robert Johnson all night long. But the joint retains its historic yet timeless quality, even as the night’s DJ is exhorting the crowd to do “The Wobble.” The song selections during my visit to Po’ Monkey’s spanned the black music spectrum from soul to R&B and back again, and I barely recognized a single one. This is a compliment; if a white guy from Chicago can readily identify the bulk of your dirty Delta blues music, you’re not trying hard enough.

Po’ Monkey’s is trying just hard enough, and despite its steadily increasing presence in local and national media — the New York Times ran a profile a few years back — it hasn’t yet fallen victim to the curse of dive bar tourism. Though Po’ Monkey’s now attracts a significant number of adventurous outsiders, it has neither lost its traditional character nor smothered that character with xenophobia. All are welcome, but they’re not going to throw a fucking parade for you.

If it sounds like I’m beginning to characterize Po’ Monkey’s as something of a charming antique, let me assure you that it gets rowdy. Officially open only two nights a week, Thursday serves as the bar’s de facto “family night” only because the strippers come on Monday. Beer is sold by the 32 ounce bottle. The hard stuff is passed around indiscreetly. Part of the appeal is that Po’ Monkey’s still feels dangerous and unsustainable, as if the absurd energy of the room could burst at any minute and take all of us with it: the black girl grinding against the wall in back, the white guy taking pictures underneath her, the earnest young college grads making mistakes on the dance floor, the wizened pool sharks in the corner. All of us. It’s a melting pot that could potentially catch fire because someone put too much bourbon in it, and it’s perfect.

Your Next Dream Vacation Spot Is Oahu’s Wild West