Let’s get into the title of this article and keep it real. The world has a perception of women and how they are treated in the MENA region and of the Muslim faith, and not all of it is positive. If left to particular media platforms and the characters played in motion picture entertainment, there would be plenty of misconceptions.

There are stereotypes that the region has faced for decades, and they may have intensified even more during modern times. When it comes to dispelling ridiculous myths and unproven narratives, humanity will always win with people whose heart is in the right place.

We wanted to introduce you to a woman that has made it her mission to defy all the negative stereotypes. A woman who celebrates her culture and heritage and has a global impact in the world of fashion and lifestyle provides platforms for international designers and artists. Meet Amal Ameen, Qatar’s hidden gem.

I met this stunning beauty during the Fall 2022 New York Luxury Bridal Fashion Week. She walked into a crowded room filled with models and exquisite clothing, wearing a belted, sleek black coat, black slacks, and what looked like an elegant black baseball cap. Her makeup was flawlessly applied as though it was divinely painted on -simple perfection.

Being who I am, I boldly walked over, paid her a compliment, and walked away after taking a picture for our coverage. I asked to schedule an interview to hear more about her business in Doha and establish a business relationship.  We met at the Plaza Hotel and conducted a casual discussion at my favorite Assouline Boutique as we shopped. 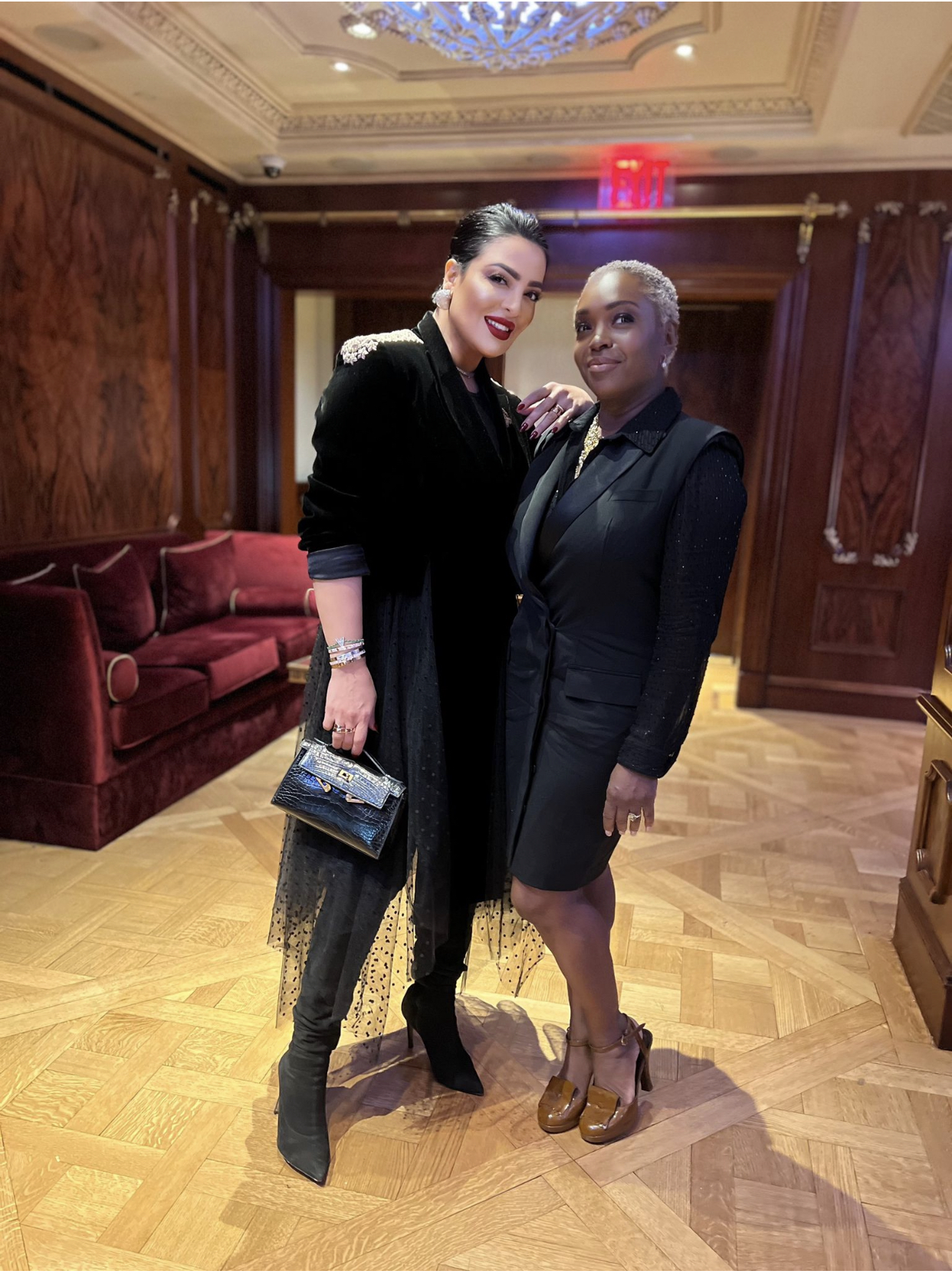 The interview was an eye-opening conversation about her work, awards, achievement, and desire to break barriers when it comes to becoming a positive representation of the region, helping small businesses launch, and sharing their work with not only the people of Doha but worldwide.

Amal travels the world in search of gifted artists, and even in their beginning stages, she has invested the time and energy to groom and prepare them to enter the luxury space. She has unwittingly become a mentor to these gifted artists.

Amal is considered a fashion icon. Her creative influence led her to grace the covers of Harper's Bazaar Arabia, Vogue Arabia, and most recently, American-based World Bride Magazine, which recognized her for being a recipient of the notable award with cover designer Ziad Nakad.

We honor Amal Ameen because she has gained the respect of her fellow countrymen and women. Their admiration stems from the positive image Amal portrays to the world about women of influence and empowerment. Amal’s contribution inspires women of the region and the women of her faith to keep moving forward and “be the light to the world and let them see who we truly are.”

The gift of an effortless, debonair style from Collars & Cuffs for Father’s Day