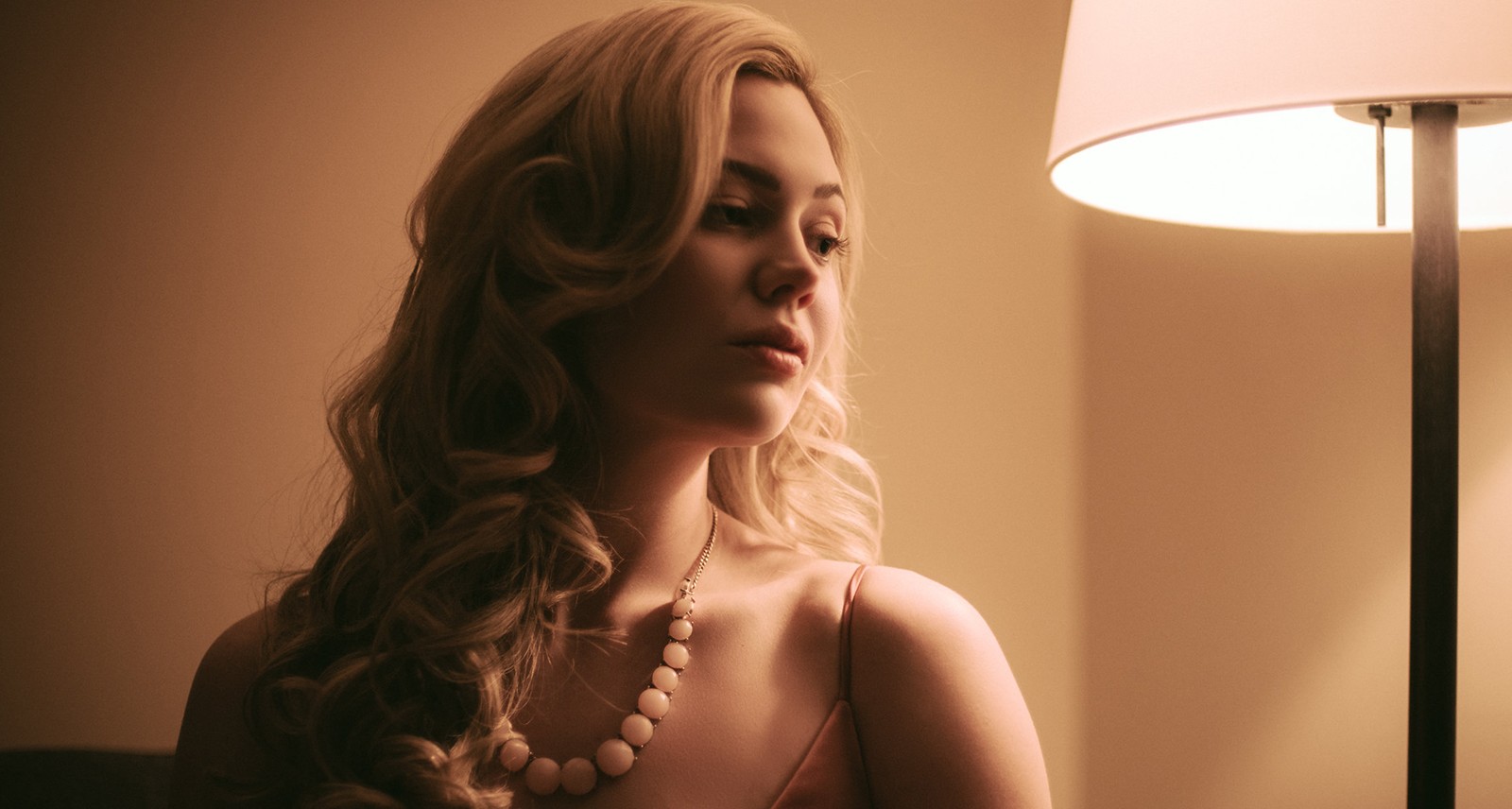 Watch out, Suits — there’s a new juicy legal drama in town. One also featuring an actress named Megan. But unlike Meghan-with-an-“h,” this one isn’t just going to skip out on her TV law firm to live out some wild, overblown royal fantasy. (Don’t quote us on that, though…)

Megan Hutchings plays Tracy Campbell, a southern belle with a fiery personality in the new BET series In Contempt. It’s a bit of a stretch for Hutchings, who was born in Toronto (and also acts in CBC comedy Crawford), but she nails the role with enough grit and sass to make Zelda Fitzgerald blush.

We caught up with Hutchings to talk female bosses, raccoons, and awkward auditions.

What quality do you relate to most in your character Tracy?

I think what I related to most, what I think many people can relate to, is that she kind of lives behind a mask — she’s a little bit embarrassed and hesitant to show who she truly is. And I can definitely relate to that coming from the background that I did.

So what would surprise viewers most about Tracy? What is she hiding behind?

I can’t say too much! But she puts forth this kind of sexy, carefree, does-and-says-what-she-pleases persona. It’s kind of really who she is but she puts it on to hide the complicated and sad past she comes from.

How was preparing for this character different from your other roles in dramas likeReign and comedies like Crawford?

I think for Tracy, I wanted her to have her southern, sexy, carefree attitude and use her sexuality to her advantage without apology. Us Canadian women, especially, we don’t often do that. We’re kind of taught not to do that. So I watched a lot of women in the south, I watched news anchors, beauty pageants, lawyers who are in the south, and just tried to get a vibe for how they carried themselves. That was different because I’ve never had to do that before. What makes Tracy an important figure in the life of Gwen, the star of the show?

So there’s a sort of female boss vibe to the show?

Yeah! I think so. I think that all the women are kind of celebrated and powerful. We all have our own role and we have our dynamics within the show that doesn’t challenge each other, doesn’t bring each other down. But we’re constantly trying to lift the other women up. I think that comes from our creator and showrunner, Terri [Kopp]. She is a very strong, powerful woman. Many of the executive producers were strong, powerful women. Even our head of construction on set was a woman, so I think all around, it was just a powerhouse of women, you know?

Yeah, that was amazing. As a Torontonian, what’s your favourite dinner spot in the city?

I’m, like, the most boring person. [Laughs.] But I love going to Fresh. I’m a vegan, so I feel like they have really yummy, good options.

I saw on your Instagram that you post a lot of dreamcatchers with the hashtag #dreamsofrescue. What’s that about?

So, I build personalized dreamcatchers for people, and all of the proceeds go to animal rescues or shelters.

Yeah. I’ve always liked making dreamcatchers for friends and family, and I’ve always kind of donated my time — whether it be as a transport volunteer or giving money — to the shelters. So I thought it would be a good way to combine both.

Other than working on the set of Crawford, have you had any close encounters with the infamous raccoons in Toronto?

[Laughs.] I haven’t but I personally love all animals. I don’t find them a nuisance. But I recently, last year, did find an orphaned baby [raccoon] who I took care of for a while, which you’re not supposed to do. But I did.

I would do the same. What Canadian actors did you grow up watching or admiring?

I’m a big fan of Rachel McAdams. I think she’s really talented. I love how she works, and I also like how she chooses to keep her private life private. You know, I think that’s cool and you don’t see her doing a ton of ads. She just kind of focuses on the art and I like that about her.

What’s the most embarrassing thing you’ve ever done in an audition?

I feel like I’ve probably had many, many embarrassing auditions. I remember one of my bigger auditions in L.A. for that movie with Brooklyn Decker and Adam Sandler; you had to eat, or I chose to eat because [my character] was eating a burger. But I brought in these crackers that I could just not swallow, so the entire audition I was trying to swallow — there were crumbs falling out of my mouth. The casting director was like, “Do you want to take a second?” and I was like no, no! But it was a disaster. I looked like an absolute fool. So that’s the one that comes to mind.

A Woman You Should Meet: Hayley Hasselhoff

Symon Is Ready to Conquer the Airwaves