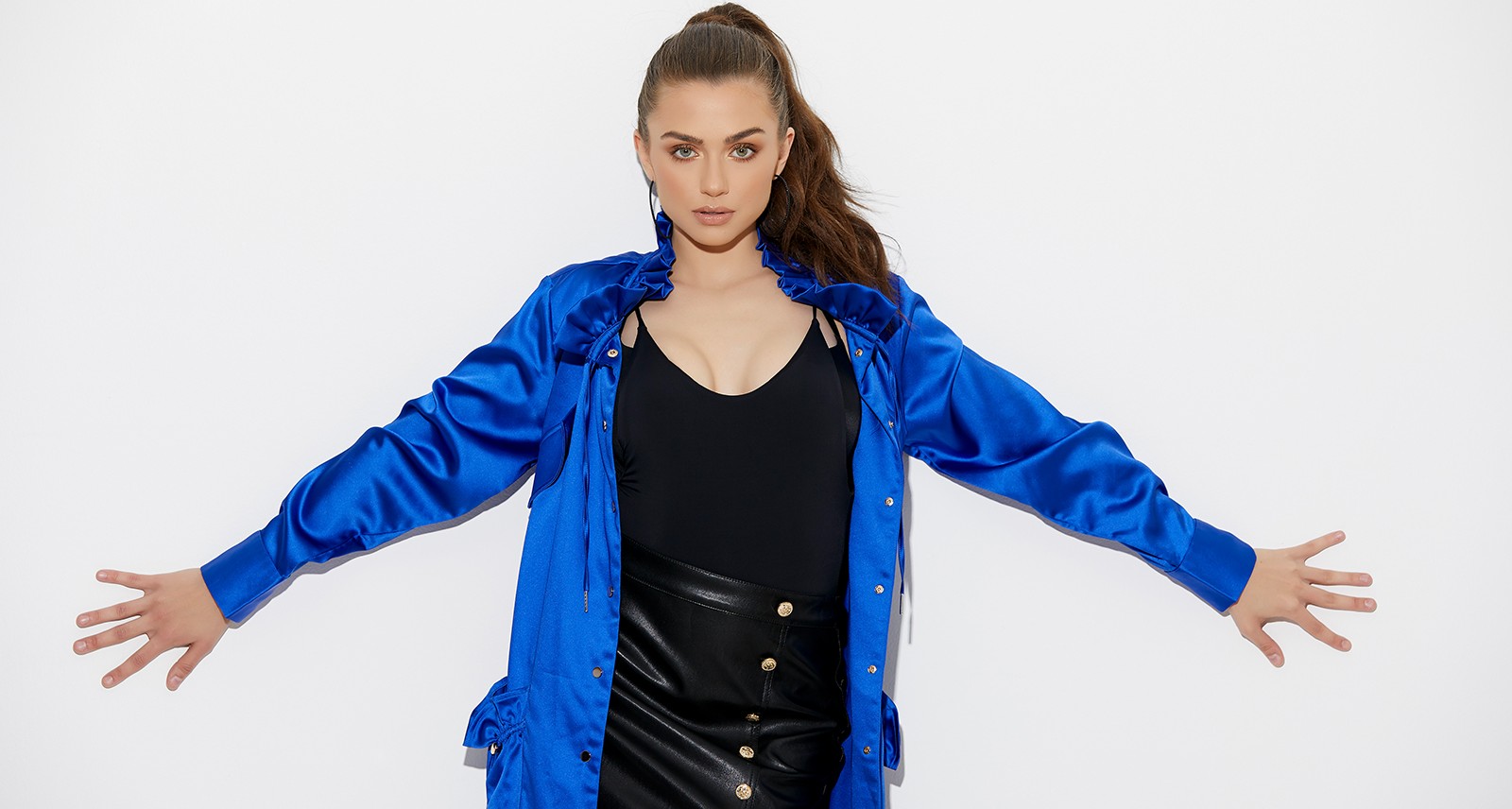 We’ve all got our guilty pleasures. Guys, don’t even front like you don’t. For some dudes, it’s Phil Collins (replete with the air drumming). For others, it’s the odd episode of Keeping Up with the Kardashians. At least one male in our office has copped to secretly loving Days of Our Lives. And with Victoria Konefal recently joining the cast as Ciara Brady, daughter of supercouple Hope and Bo, we can’t really blame him. The Brooklyn native plays a young ingenue facing love and loss, and she does it convincingly — sans any stilted, The Room-esque delivery (or demonic twists).

We caught up with Konefal to chat about soap opera life, how she spends her downtime, and her Oscar-sized ambitions.

How is working on a soap opera different from other work you’ve done before?

I’ve typically done movies in the past, and soap operas are different because of the pace we work in. We film like three episodes a day — the most material I’ve ever had to memorize for a day is 60 pages! I was never used to that kind of environment and we also shoot in one take. Whereas in film, I get four or five takes, so soap operas are very fast-paced and a very well-oiled machine.

Do you have tricks to help memorize all that material?

My memorization method is a little unconventional. Memorizing has always been a gift of mine. So I’ll memorize my script the day before because that’s how I draw the most organic material from the work and that’s how I bring the most organic performance to set. It’s when the words are very fresh, and I have time to play around with it.

So acting sounds like a natural thing for you!

Yeah! The first time I discovered my passion for acting, I was 7 years old and I went to see an Off-Broadway production of The Hobbit with my mom. I was so captivated and moved by the performance that I wanted to join them on stage and my mom had to stop me! But we met with the director of the production after and he let me audition for South Pacific and I booked it. I was with that Off-Broadway production centre for about six years after that. 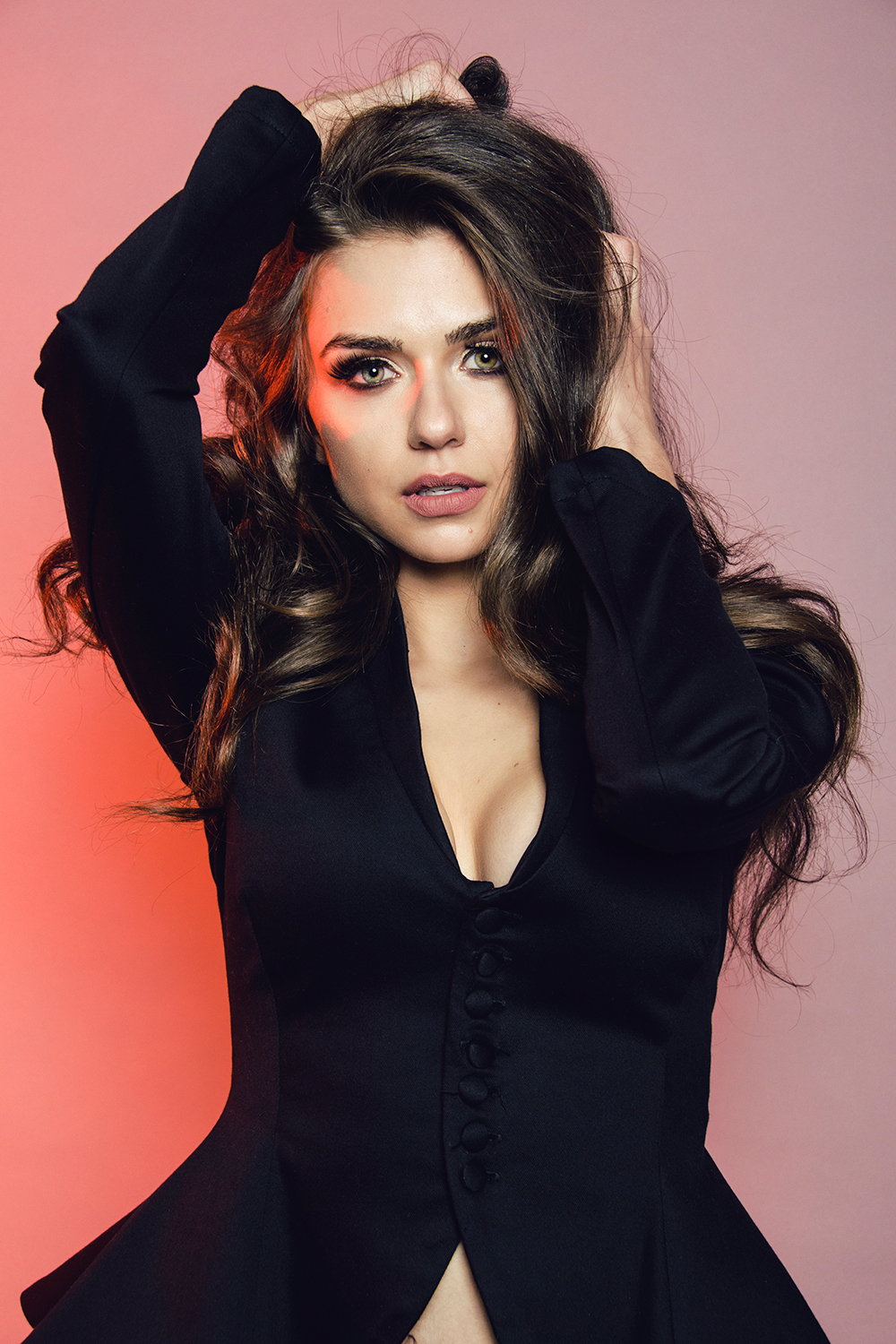 Were you a Days of Our Lives fan before the role?

I wasn’t but my mom was. My mom was an avid Days watcher when she first moved to America from Poland. She actually watched it every day to help her learn the English language. The other day we were going through family videos and in the beginning of the video there was an old episode of Days from 1996 that she had taped. She used to tape over the episodes, after watching them, with videos of me. It was so funny to stumble upon it!

Where would you like to see your career going in the next few years?

I see myself doing passion projects. Movies that I’m really passionate about, movies where the topic moves me, and will move other people. I want to make a mark on this planet and I want to leave future generations with something valuable and something they will appreciate. So I just want to make beautiful art… and then win an Oscar one day. That’s a goal for sure.

Is there anything in particular you’re passionate about and would want to portray in a role?

You know, I’ve always been into the like coming-of-age movies. I think those are really important because teens struggle with a lot of mental health problems. And when I was a teen going through my difficult teen years, those kinds of movies always made me feel better. I want to be able to give that to someone. I also want to play in a film where I get to be a strong female athlete — something like Million Dollar Baby would be really great.

What are your favourite things to do on a day off, now that you’re living in L.A.?

Go to the beach and tan! I’m very outdoorsy, so I really enjoy hiking and doing all the great things we’re so blessed to be able to do because of the weather. So I fully take advantage of that.

What’s Ciara’s love life currently like on the show?

She is finally in a place where she is ready to let that wall down and find love. With Tripp, I feel like she really cares for him and she can tell he cares about her, and that’s what allowed her to care about him in the first place. I think that she’s very lucky to have met him.

It’s funny — I relate to their relationship on a personal level because my boyfriend was first my roommate when I met him and then we ended up dating. So that’s relatable. Ciara and Tripp were roommates first and then they progressed into a romance.

Was it hard adapting to a role that was already formed by someone else?

It wasn’t hard. If anything it was a little bit easier because I had preset guidelines for the characters’ personality traits and her relationships with different people in Salem. In terms of taking the role over, I tried my very best to bring as much of myself to the role as possible, because they hired me for a reason. I just wanted to give them a fresh take on the character.

Is there anything viewers can expect to happen with Ciara?

Viewers can expect Ciara to be getting herself into a pretty dangerous situation soon. And that’s all I can say…