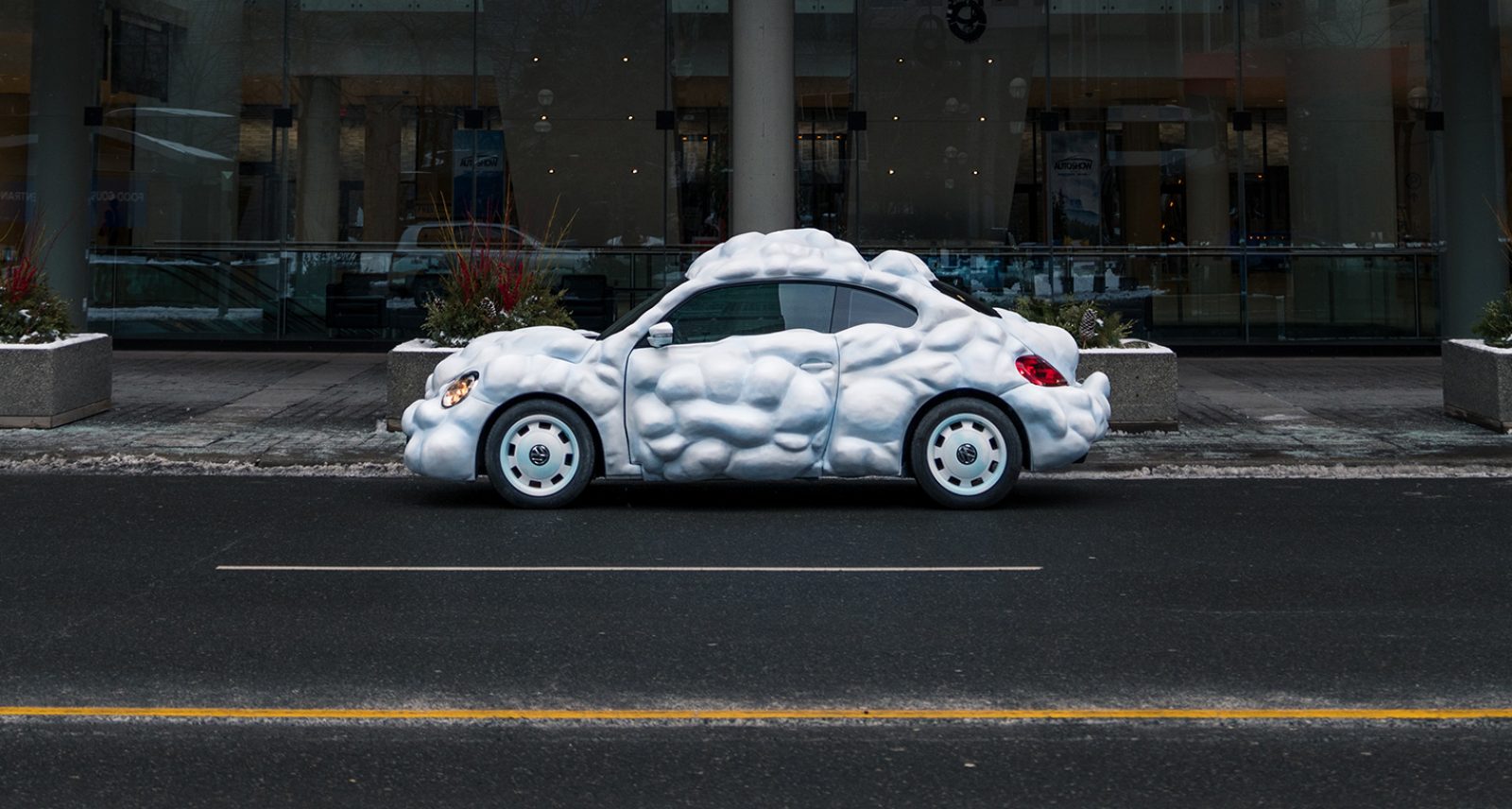 Thanks to the flashing lights and spinning podiums at this year’s Canadian International AutoShow, it can be easy to admire all the futuristic new sports cars on display without necessarily having to acknowledge road safety realities. But no matter how tricked-out cars get, they can still pose a risk. The sooner a driver recognizes that, the better they will ultimately become at driving. Which is why, amidst all the menacing grilles and angular headlights on display in Toronto’s Metro Convention Centre, there is also something…fluffier. Insurance provider Onlia’s Cloud Car — which genuinely looks like a car that’s been consumed by a giant cloud — isn’t at the show to demonstrate its cutting-edge design. Instead, it’s there to remind visitors about the benefits of safe driving, and putting a cushion of protection around your investment and your well-being.

Of course, one way to do that is by enlisting Onlia’s insurance services, which help to fix damage and arrange recovery after collisions. But Onlia’s commitment to the safety of the community at large means it believes protecting yourself, your car, and other road users should really start with bringing a softer touch to navigating the road. Onlia takes a prevention-first strategy and believes there’s no reason that cars moving along the highway should be any more menacing than soft cumulus clouds moving across the sky. If that sounds a touch too whimsical for your taste, consider the hard facts instead. Research has shown that over 90 per cent of road collisions are, to some degree, the result of human error. While modern AI safety features can help in some circumstances, a more cognizant driver is still the best solution. Enter the Onlia Sense app, which uses your phone’s sensors to score you on each drive, then offers rewards like gift cards and cash back for completing safe-driving challenges. At a time when distracted driving poses a growing risk, Onlia Sense is the rare app that’s designed to refocus a driver’s attention where it belongs: on the road. To encourage AutoShow visitors to adopt the app, Onlia is offering free rides (within five-kilometres) via marked taxi to anyone who demonstrates it installed on their phone.

To start drivers off on the right path at a young age, Onlia has also partnered with Young Drivers of Canada on “Play it Safe,” a trivia game that tests road safety knowledge and skills. Visitors to the AutoShow can play the game live onsite for the chance to win instant prizes, gift cards to Young Drivers training programs, and a chance to win a year of free Onlia home and auto insurance. And in a move that complements the fluffiness of its cloud car, the insurance company has also invited dog influencer @ryderthesamoyed to be their booth ambassador for the show. Because if there’s ever a reminder to drive safely, it’s a cute canine passenger hanging out the window of the next car over. (We admit it — we ended up taking a picture of him.)

All of this serves as a strong reminder that, no matter how cool the car you’re driving might be, you have to take responsibility for driving it safely. And while that’s a big job, Onlia is here to help.