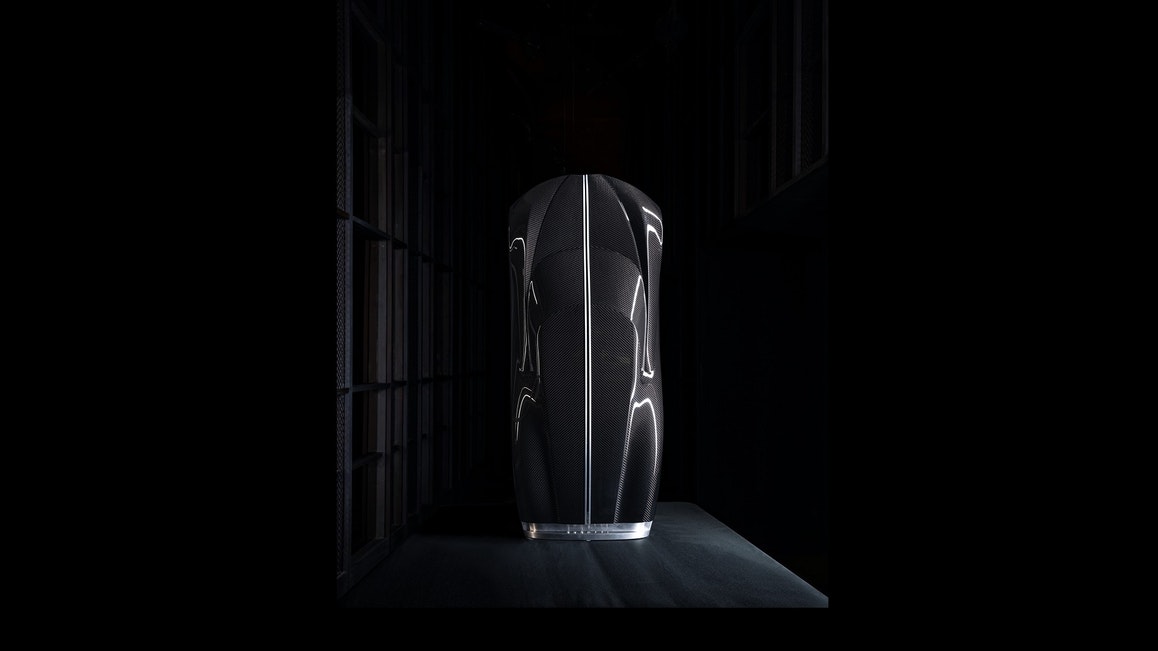 No, it isn’t a car. And no, you can’t have one either, unless Bugatti and Champagne Carbon decide otherwise. But before getting to the duo’s latest creation, let’s have a quick history lesson. In 2018, Bugatti partnered with neighbours Champagne Carbon to create something unique. The result was ‘ƎB.01’ – champagne comprising 90 per cent Chardonnay and 10 per cent Pinot Noir. Only grapes from “distinguished” territories were used from a 2002 vintage. Get this – the ‘8 at the Londoner’ restaurant – regards ‘ƎB.01’ as one of the most exclusive champagnes in its wine cellar.

The second creation takes the exclusivity factor to a whole new level. Bugatti and Champagne Carbon have revealed a handcrafted champagne bottle and case. It’s called the La Bouteille Noire, and there’s only one of its kind in the world. That aligns perfectly with what Bugatti unveiled in 2019 – La Voiture Noire. A one-off, handcrafted hypercar that took inspiration from the Type 57 SC Atlantic model.

The carbon fibre bottle has a 15-litre storage capacity. Bugatti says that “150 hours of craftsmanship involving 37 steps” went into conceiving it. Then there’s the case, which is just absolutely crazy. It features 314 prepreg carbon fibre sheets, a material used in modern-day Bugattis. Inside the case are an automatic solid-state thermodynamic cooling cell (found in orbiting satellites) and 14 fans circulating cool air.

Quite rightfully, La Bouteille Noire’s has a throne. Its illuminated base, which features sanded acrylic glass and red LEDs, is a miniature recasting of the La Voiture Noire’s rear light. And, there’s more evidence that this was created, albeit partly, by a carmaker. The case opens and closes using a stainless-steel button bathed in blue light. As for the doors (what else would you call them!), they are trimmed with a single piece of laser-cut aluminium – just like the central fin of the Type 57 SC Atlantic. The interior upholstery (yeah!) is fine Havana brown grain leather with LED lights enclosed in aluminium shells.

All-in-all, the La Bouteille Noire is something super special. And since there’s just one, getting close to it would be a rare event. It was on display outside The Londoner Hotel in Leicester Square until December 1, 2021. Where is it now? Why not get in touch with Bugatti for that one!

Everything You Need to Know About Hard Kombucha

These Gourmet Pantry Staples Will Seriously Improve Your Home Cooking