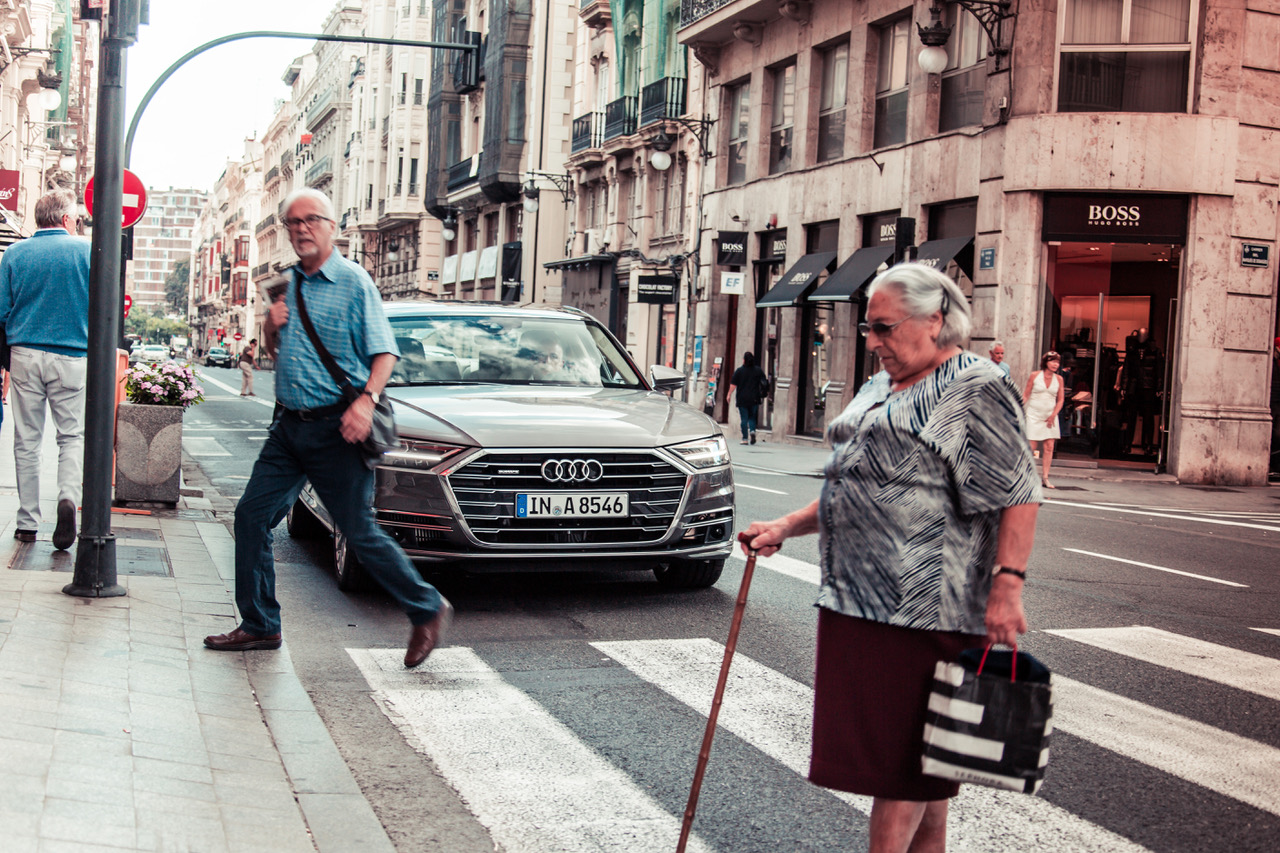 Taking the Audi A8 out for a prance in Spain

When the Audi A8 last rebooted, people were hardly in an uproar over the changes. No, Audi plays it safe with their big limo, a flagship that necessarily must embody all the aspirations implicit in the marque’s “russian dolls” approach to carmaking. The car is especially handsome under Valencia’s ochre, wintertime sun— even the tourists are straining for a look at the handsome car as it cruise the wide boulevard near L'Oceanogràfic, a stunning oceanarium situated in the east of the city of Valencia, Spain, where different marine habitats are represented. Designed by the architect Félix Candela and the structural engineers Alberto Domingo and Carlos Lázaro, the structure echoes the curving grace of the A8, casting an impressionistic reflection on my press car’s highly reflective hood in the afternoon light. 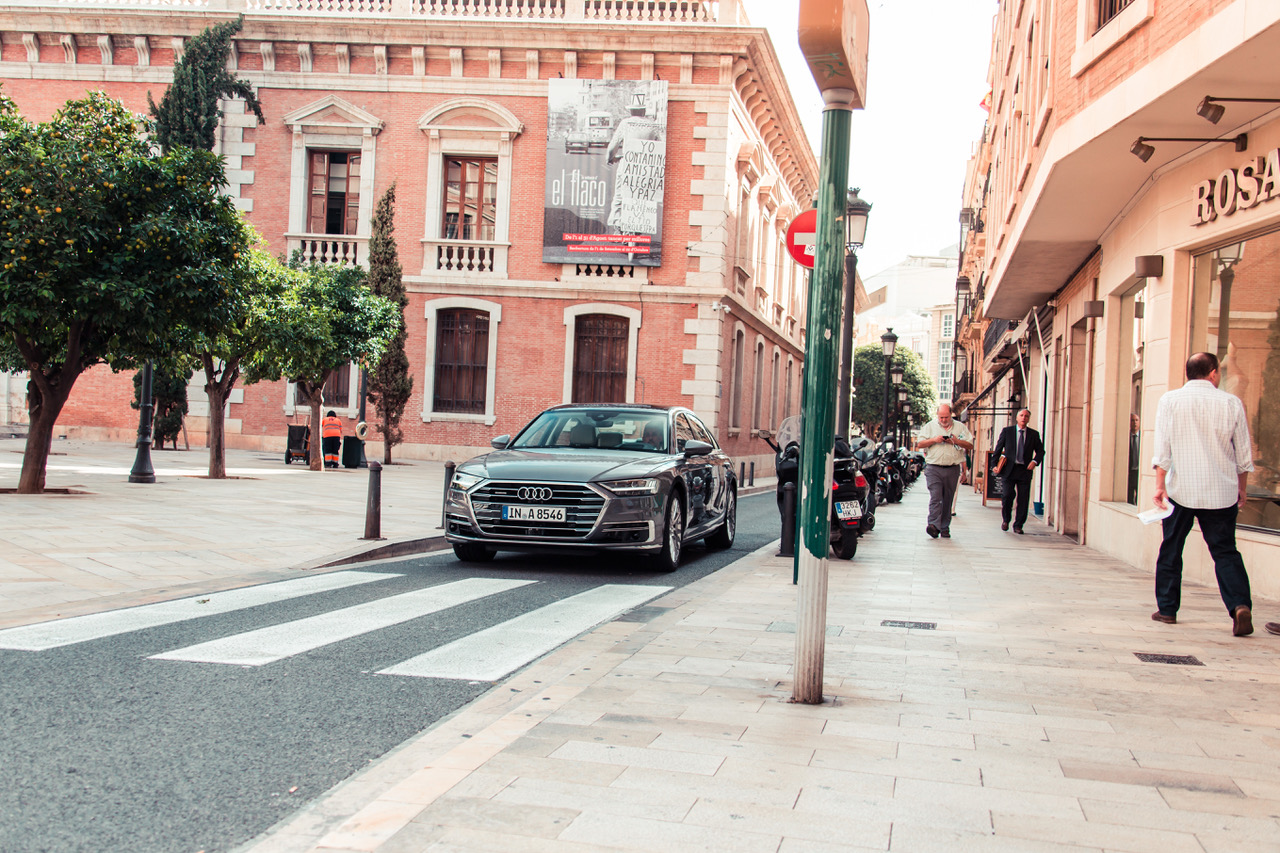 At the top of the heap, the Audi A8 is always already stylistically defining – it signals the dawning of a new design era for the entire brand. The front end with the wide, upright Singleframe grille and the fluid, muscular body symbolize sporty elegance, sophistication and progressive status. The new A8 delivers on the promise made by the Audi prologue design study. The luxury sedan possesses a powerful presence – whether in the 5.17 meter (17.0 ft) standard version or the A8 L, which has a 13 centimeter (5.1 in) longer wheelbase. 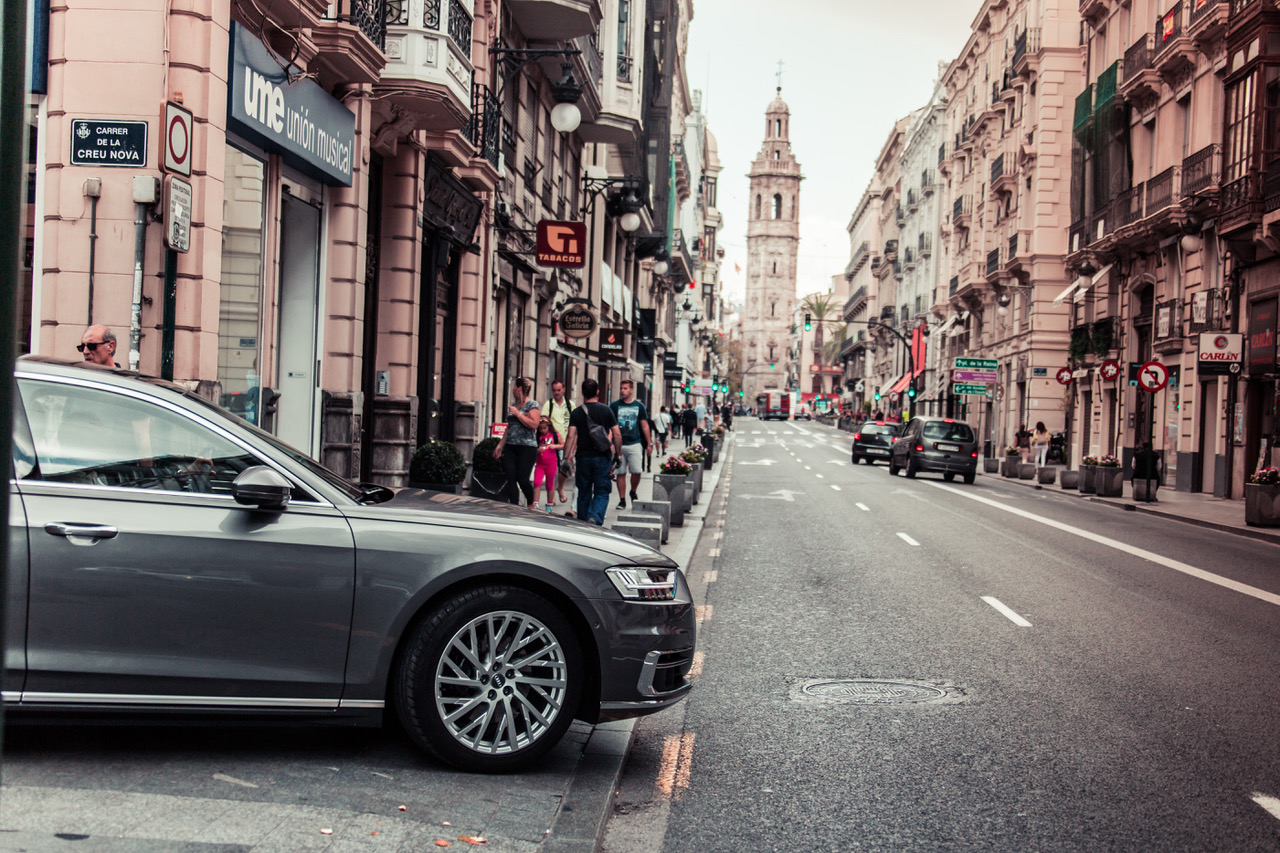 The Audi brand is renowned worldwide for sports appeal, lightweight construction and quattro permanent all-wheel drive – and the design of the new A8 conveys these values. The balanced proportions emphasize all four wheels in equal measure. Muscular shapes above the wheel arches give visual expression to the quattro drive. Viewed side-on, the upright front end combined with the gently inclined rear create visual tension. The flagship model proclaims its identity both day and night, drawing on both the striking HD Matrix LED headlights with Audi laser lighting, and the LED light strip combined with OLED technology rear lights. These produce unique light animations as the driver approaches and leaves the car. 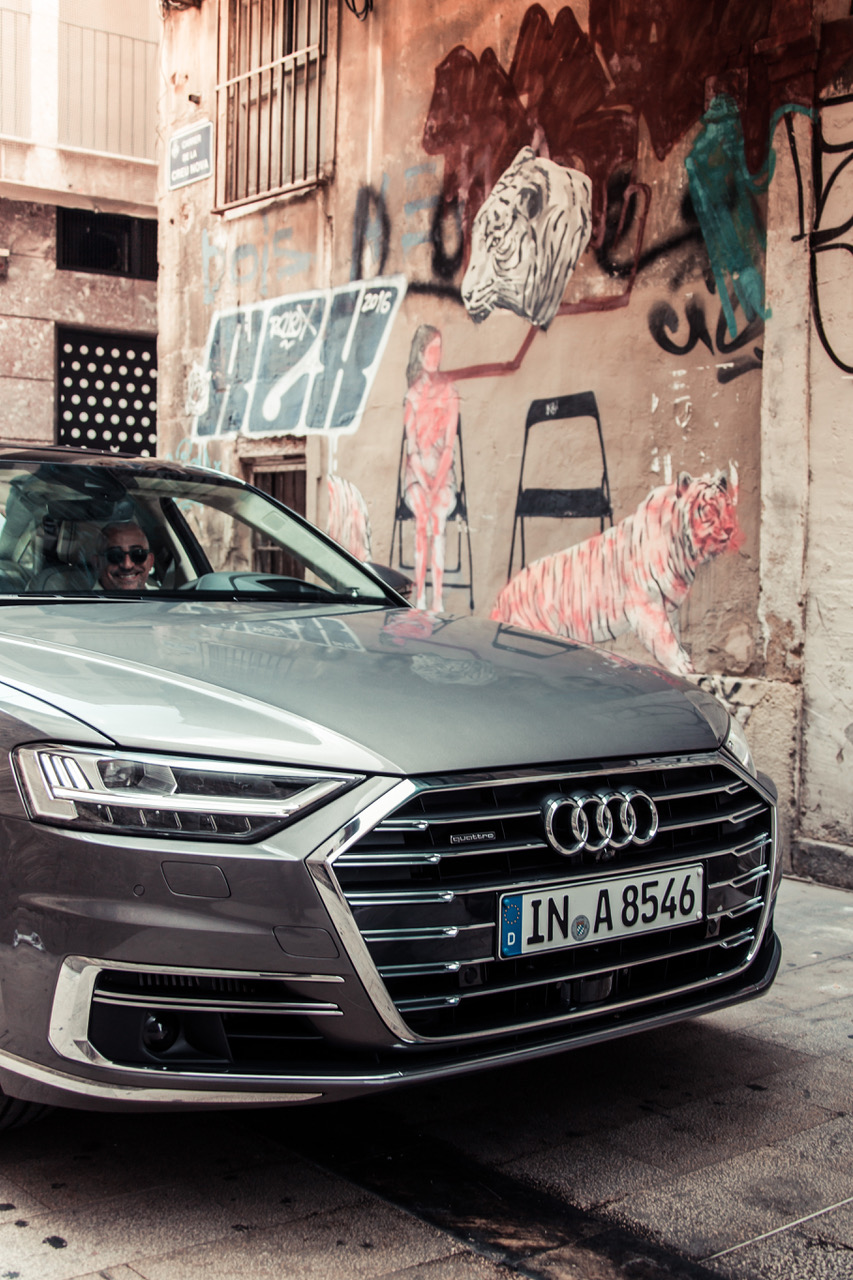 Starting inside, the cabin of this sports salon beats many of its luxury counterparts, with a nice mixture of stitched, (optional) carbon-fibre trim, supple leather and comfortably contoured seats. The front seats offer optional ventilation and massage function, for those long hot days of toiling, er, in an air-conditioned office no doubt of you’re buying this car. There’s also Audi’s intuitive MMI infotainment system and (since you do have to leave said office once in a while) climate control is standard. MMI is configured with navigation plus with MMI touch running off of a power-retractable eight-inch running lightening quick Tegra K1 graphics chip from Audi’s tech partner Nvidia. 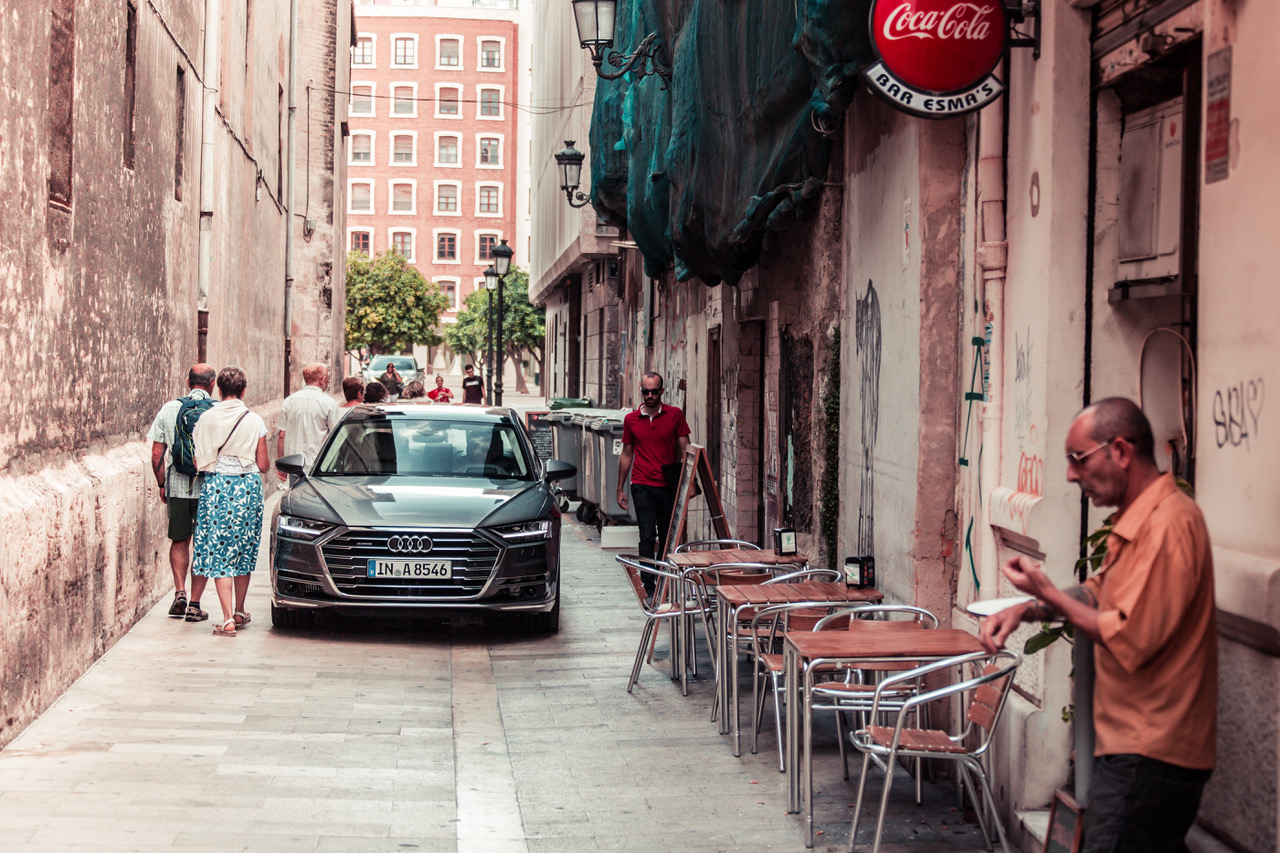 The new A8 becomes part of the cloud with the Audi connect navigation & infotainment services – this is illustrated especially vividly by the car-to-X services traffic sign and hazard information. The new sedan and other current Audi models report speed limits that they have detected with their on-board camera to a server in the cloud. The server processes this information and sends it to other Audi drivers who might benefit from it. The same applies to the hazard information service: Cars warn one another about accidents, broken-down vehicles, slippery road surfaces or impaired visibility. The system does this by analyzing multiple parameters, such as the in-car electronics, data from the rain and light sensors, the headlights and the operating mode of the windshield wipers. The information basis for the new car-to-X services is maps supplied by HERE, a data platform that Audi is continuously updating and expanding in partnership with the BMW Group and Daimler AG. It surveys the world of traffic with centimeter precision and can detect and evaluate events in real time. 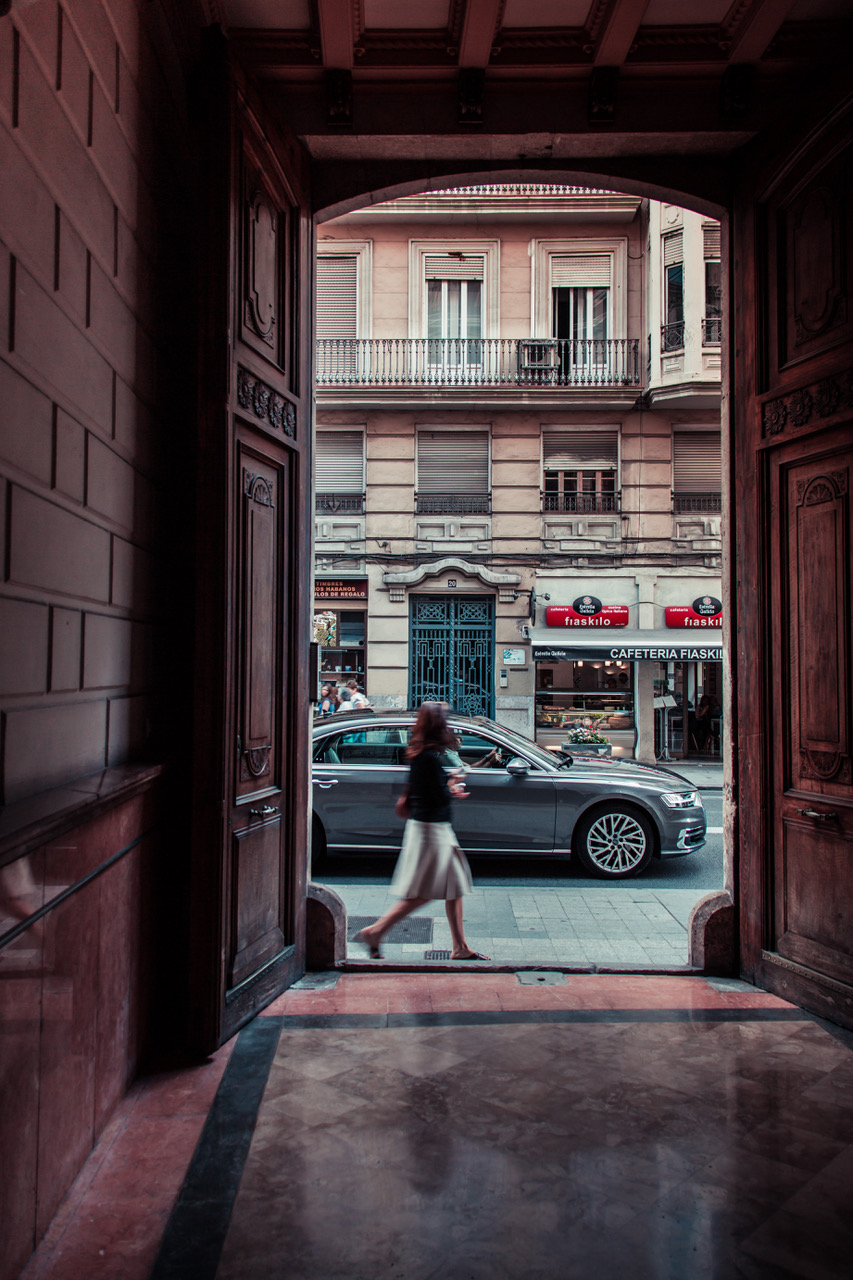 You get a robust set of driver assistance programs too, including adaptive cruise control with full stop & go function, Audi side assist, which uses radar to look out for you behind the car during lane changes, while working in conjunction with Audi active lane assist, which helps keep you between the lines when you’re zoning out on the long dry hustle to Abu Dhabi. Audi has updated the night vision assistant for the 2018 model year, and collision pre sense is now included standard. 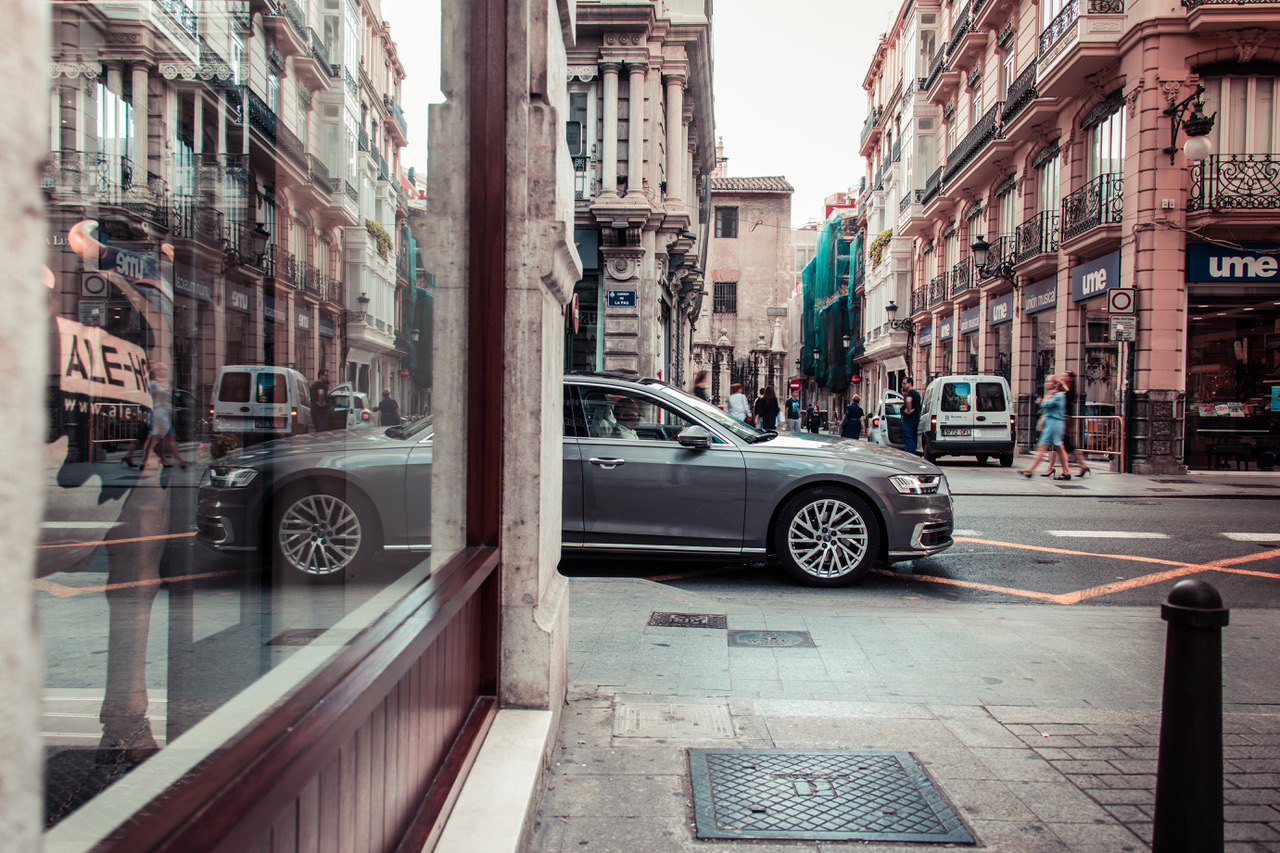 Not a lot is new here thus far, over the previous model year— but then why mess with a great combination of power and style for the consummate V8 lover looking for the utility of a saloon? Our test car boasted a 4.0 V8 TFSI with 338 kW (460 hp) while a W12 with 430 kW (585 hp) will be available as top engine version. 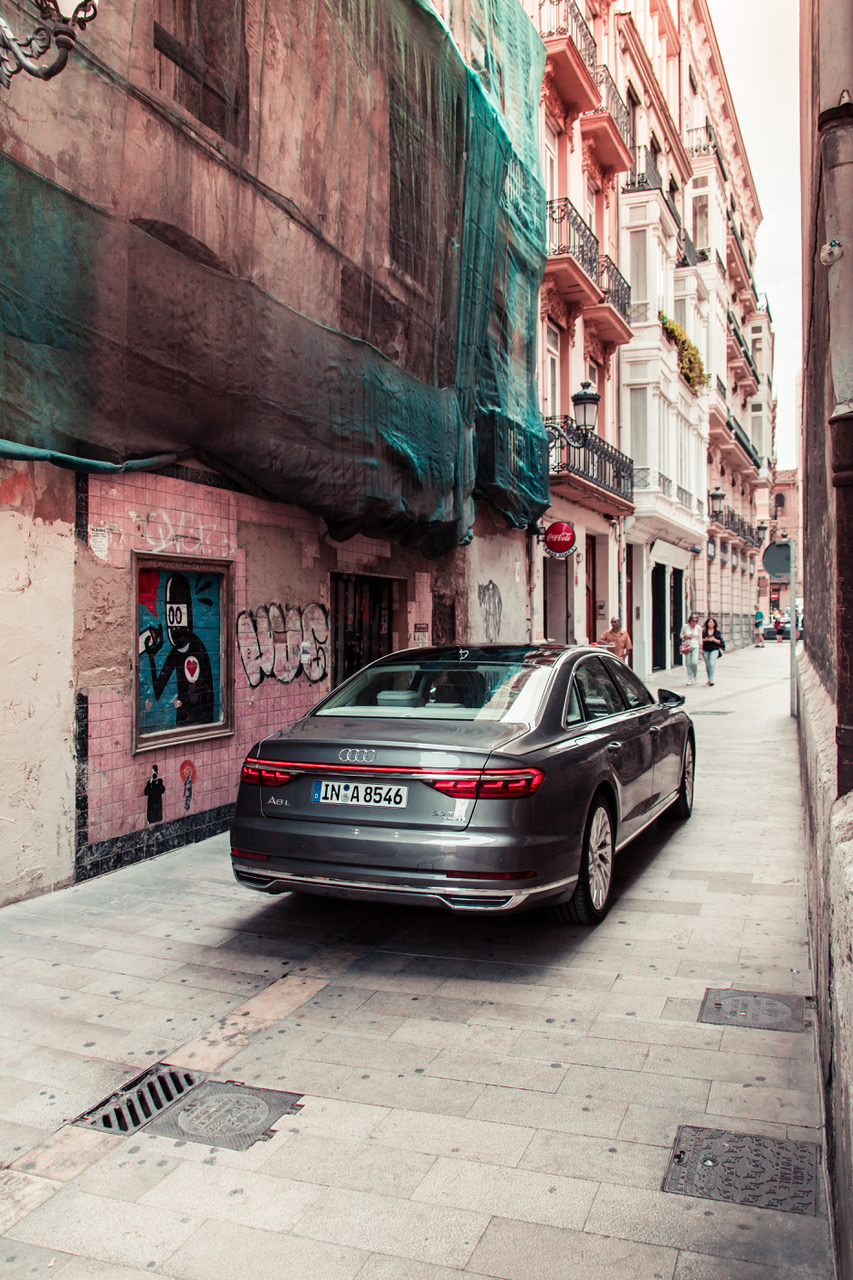 The car is incredibly smooth, even when the 4.0-litre V8 and newly developed eight-speed tiptronic combine to deliver the car’s ample torque to the tarmac in earnest, shuttling up to the 100kph mark in a few blinks of the eye, topping out at a healthy 250kph. Despite it’s unnatural aspiration, the big V8 eschews perceptible lag, running through the gears with the pep and alacrity of a Dubai taxi driver on, er, his or her (mustn’t neglect the pink taxis) last day of work. 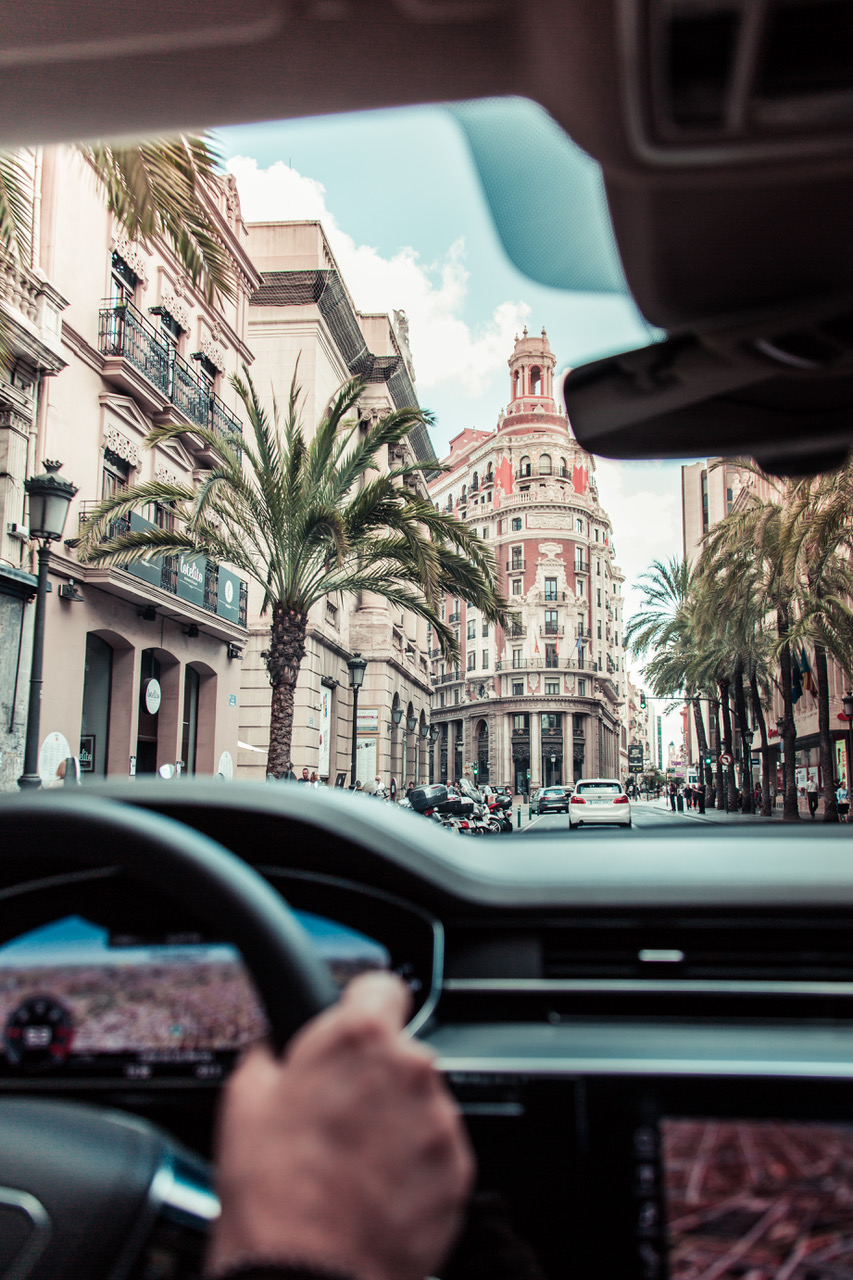 This is an Audi, so it’s properly grippy, hanging in on the turns to the extent that sanity and your tolerance for G-force is about all that seems to limit its, er, limits out on the road. I didn’t get a chance to try the car on the track, but I reckon that would be quite enjoyable too. If you lack an Autobahn, you may find yourself feeling constrained by any real place to put the A8 through its paces, so I suggest a visit to Yas or the Autodrome if you can swing it (and the car), of course that’s just my gut talking. The ride is on the stiff side, which helps give the handling its incredibly honed feel— just watch out for those sleeping policemen. 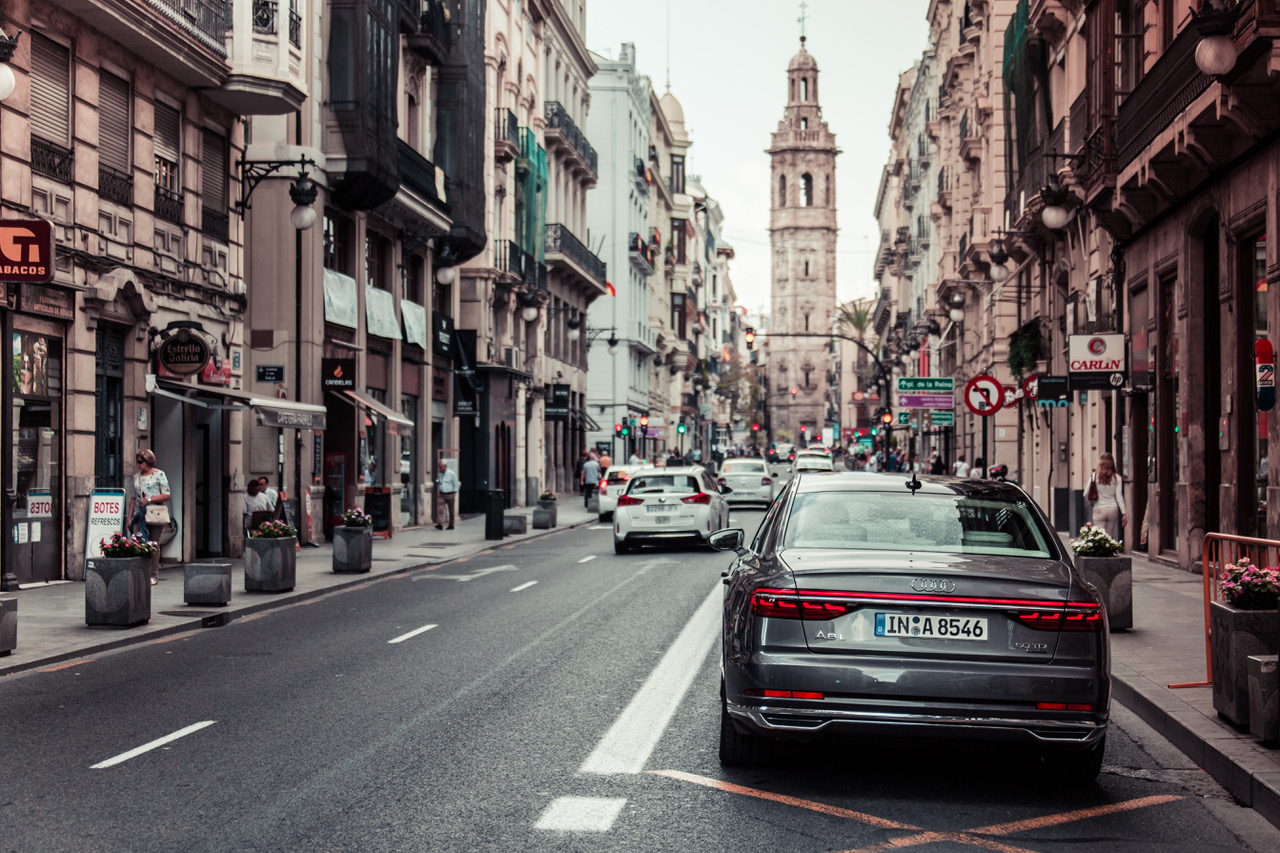 Adaptive air suspension already gives the A8 a wide spread of operating characteristics ranging from smooth ride comfort to sporty handling. This impression is heightened engagingly with Audi AI active suspension, which will be available from market launch for the V6 TFSI and the two V8 versions, but standard feature with the big W12. Audi AI active suspension is a fully active, electromechanically operated suspension system. For each wheel there is one electric motor supplied by the 48-volt primary electrical system. In each case there is also a transmission, a rotary tube housing a titanium roll bar and a lever that exerts up to 1,100 newton-meters (811.3 lb-ft) on the suspension via a coupling rod. 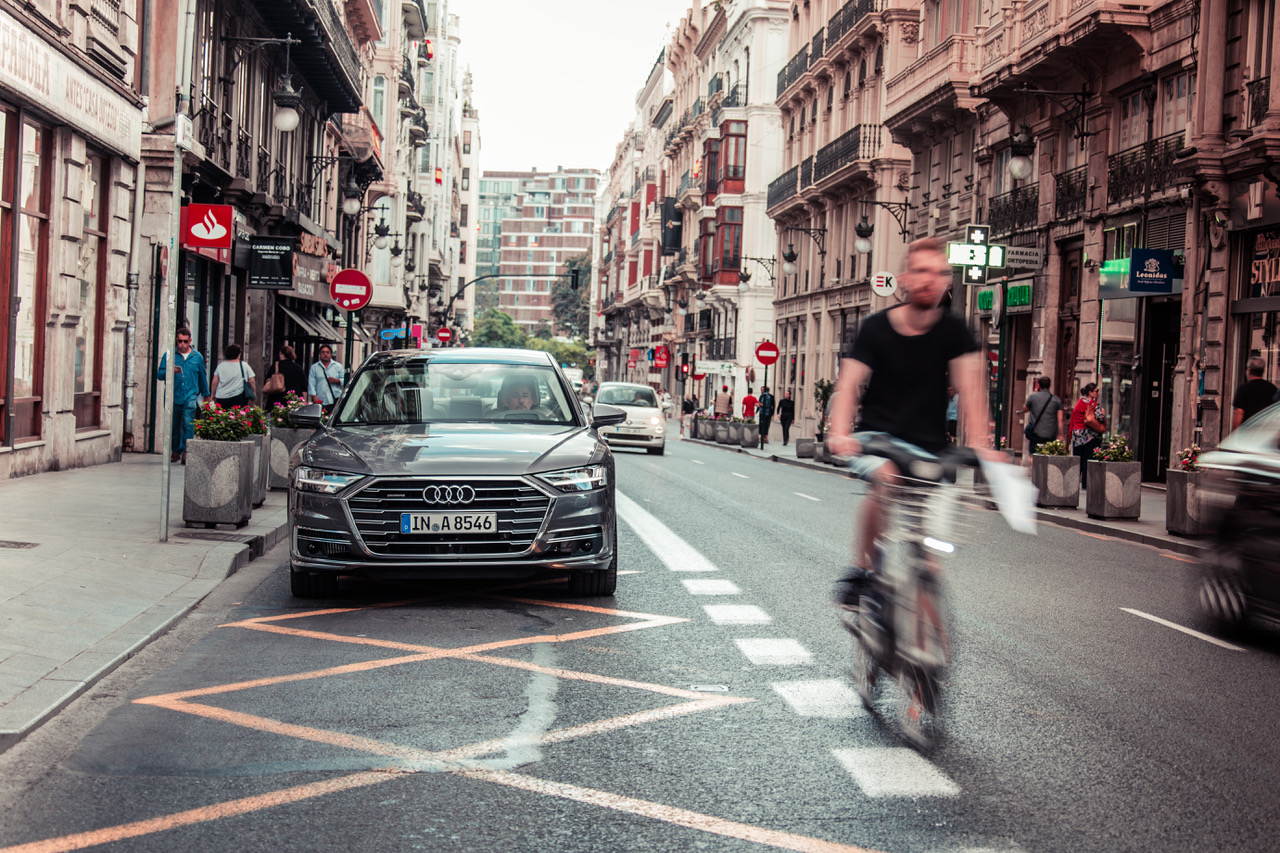 A new feature in active suspension is that the load can be increased or reduced individually on all four wheels, for active control of the body in every driving situation. This introduces a new dimension of flexibility: If the driver selects the dynamic mode in the Audi drive select system, the new A8 becomes an agile sports car – it turns in firmly, and its roll angles are roughly halved compared with the normal status. By contrast, in comfort mode, the body floats smoothly even over rough bumps in the road.

Out on the road in Valencia, I found the A8 both comfortable and sporty, with plenty of power on tap whenever I needed it. It’s also a great looking car that anyone would be proud to be seen in. The A8 gobbles up corners and loves to be hurled into tight corners with the various nanny bits defeated— assuming you’ve got the skills and stomach for it. Meanwhile, you could drive this thing to Yemen and barely need to stretch your legs, as it offers a great deal of comfort to match its superlative performance. August Horch began a tradition of spare-no-expense automotive engineering and, while there’s quite a bit of tech that comes optional on this car, the basic package is one serious driver’s car, and that’s reason to toast Herr Horch’s legacy. 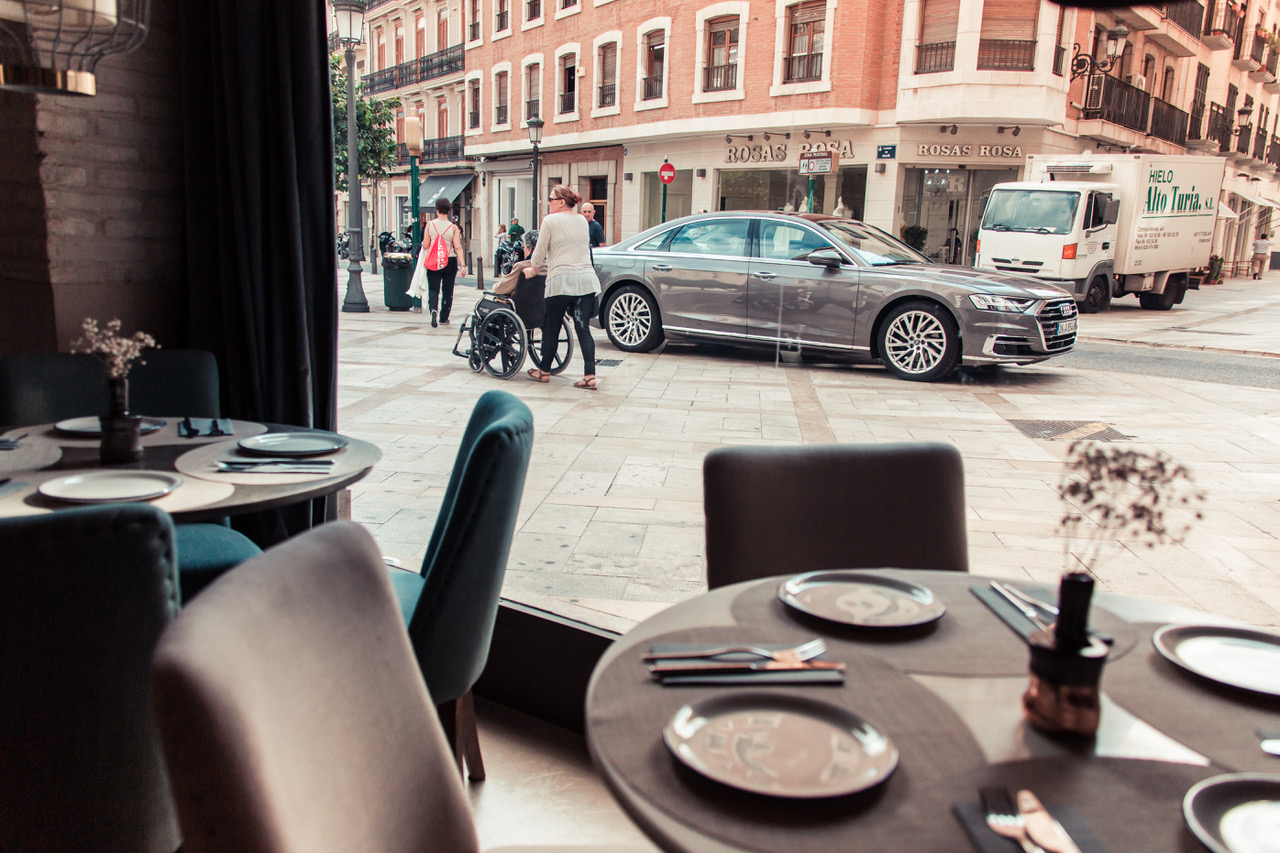 The Ferrari 488 Pista Master of Road and Track