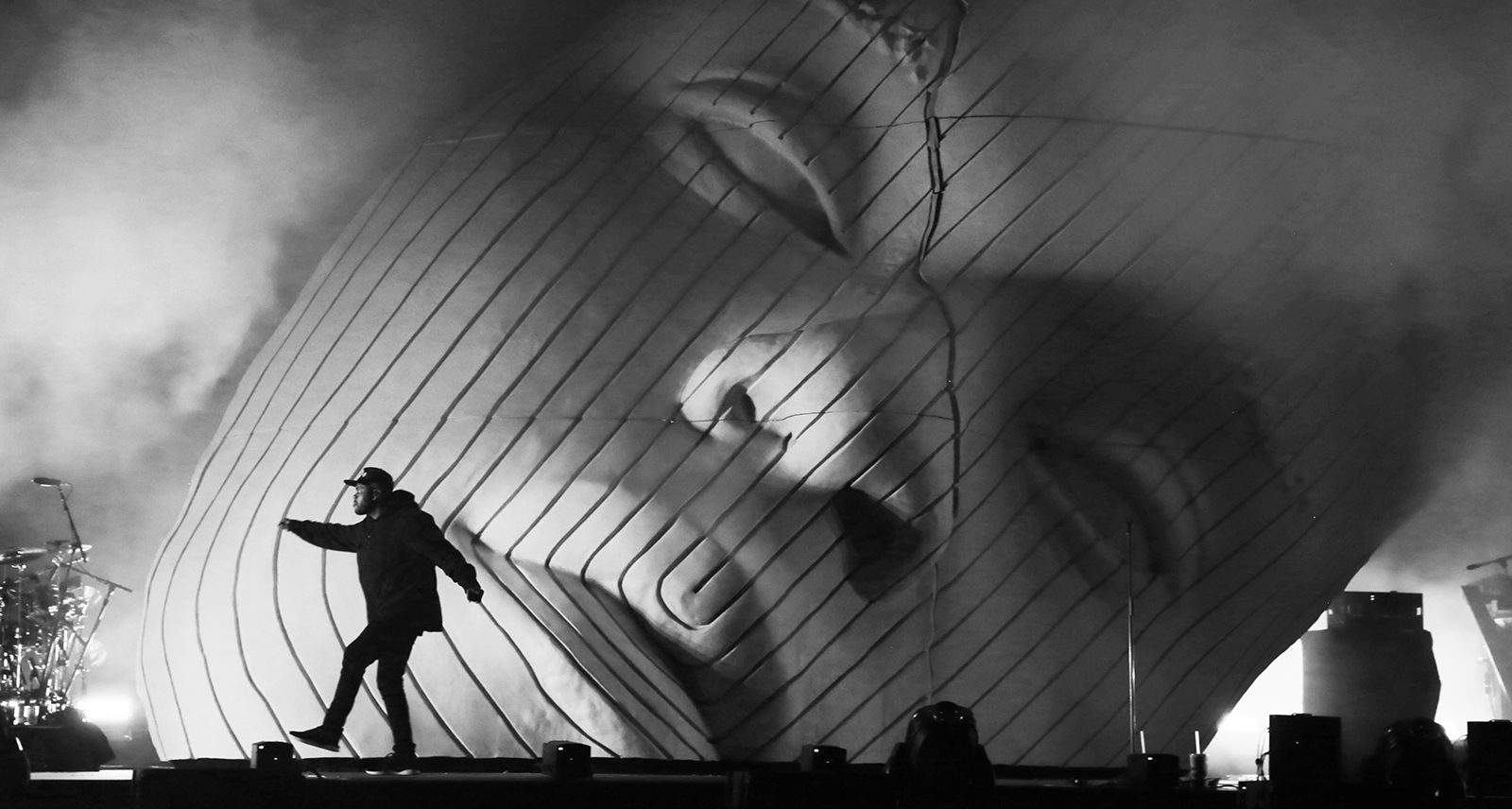 If you’re looking to be blown away by great special effects design, skip the latest blockbuster and buy a ticket to a pop star’s arena tour instead. While Hollywood dedicates more and more of its time to green-screen superhero battles, stage designers are carrying on in the pre-CGI tradition of the original Star Wars trilogy. Consider it the Kanye effect. Ever since he took to a floating stage on his Saint Pablo tour, today’s hitmakers have been going to increasingly impressive lengths to deliver an experience that grips not only the crowd, but also their social media followers. We’re talking animatronic robots, projected holograms, and even flying cars. And, unlike during the latest Avengers film, you won’t be able to chalk all of these spectacles up to mere digital renderings. Which is why, in our books, stage designers are quickly evolving into a concert’s true headliners. Here are the three names to pay attention to when  you’re debating shelling out for front-row seats. When they’re part of the show, Drake might as well just be contributing a guest verse. An awards show pro who’s worked on no less than five past Super Bowls — plus that transcendental Gaga–Cooper Oscars duet.

Recent Wow Factor: Midway into her Las Vegas Enigma show, Lady Gaga mounts a mechanical spider. Essentially, it’s just a rising platform, with its “legs” controlled by dancers. But to a live audience, the showpiece manages to make the robocalypse seem imminent. Often enlisted by Louis Vuitton to design the brand’s runway show catwalks, this British theatre designer was also the mastermind behind the 2012 London Olympics closing ceremony, syncing half a million LED screens into a massive mosaic.

Greatest Hits: Miley Cyrus sliding out of her own tongue on the Bangerz tour; Lorde performing inside a fish tank at Glastonbury.

Recent Wow Factor: For The Weeknd’s headlining Coachella performance, a 30-foot-high mask inspired by Afrofuturism became a backdrop for a series of apocalyptic projections. An L.A. creative as comfortable with interior design (see: Kanye’s brutalist California Yeezy HQ) as he is designing album art for Jay-Z.

Recent Wow Factor: Drake’s Aubrey & the Three Migos tour came complete with a stage-sized scorpion and a yellow Ferrari flying overhead. In fact, the “car” was a replica made of foam, filled with helium, and lifted off the ground by 200 drones.

Could This Modern Quebec Wonder Be the Perfect Family Cottage?

The World's Coolest Buildings According to the Country's Coolest Architects