It’s easy to fall for the new Audi A7, and at Sharp we fell for it hard from the moment the car rolled up to the office looking this chic. Where Audi places this car within the German manufacturer’s huge portfolio is almost irrelevant, since the A7’s attractions lie in the fact that it’s an attention-grabbing style statement. 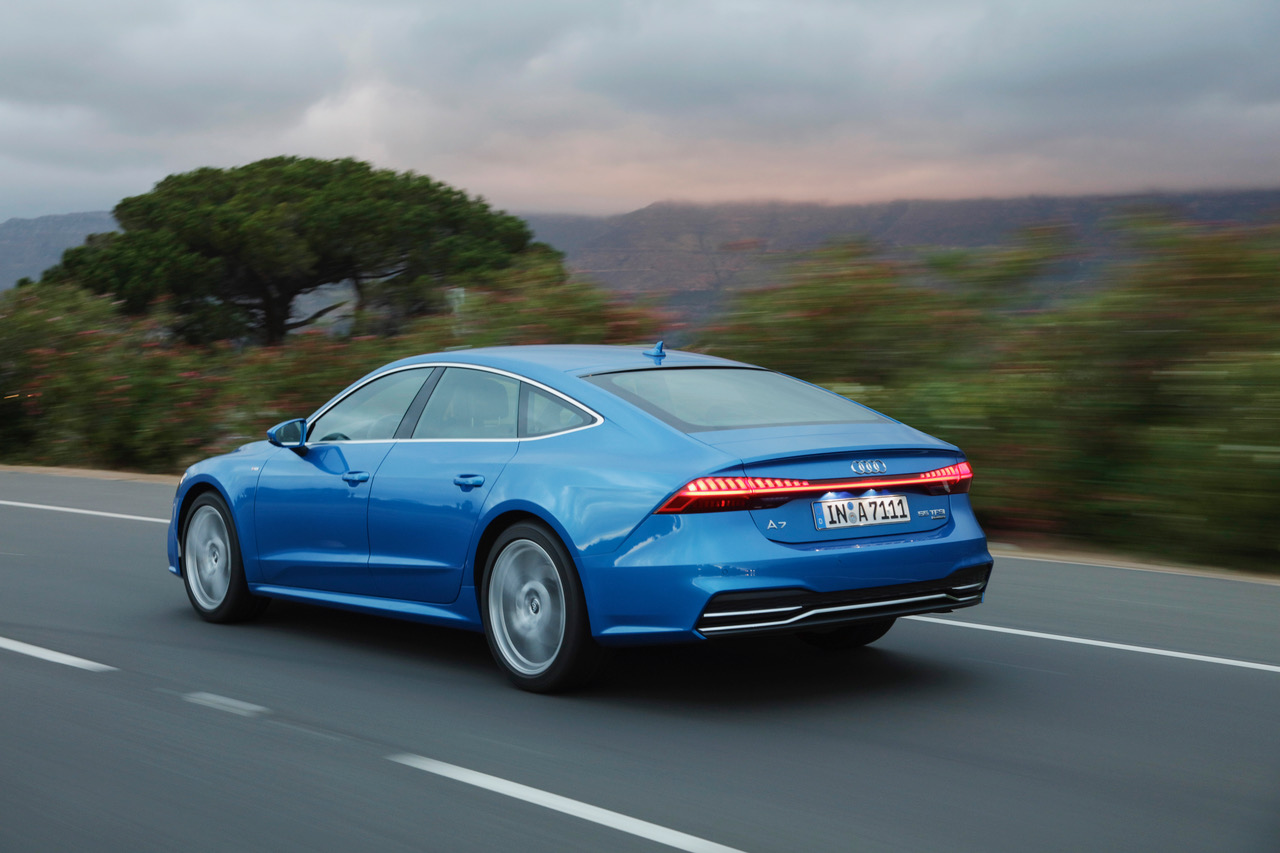 Having said that, the first-generation Audi A7 is arguably even better looking, but of course time will tell if the new car remains as relevant in the design world in a decade’s time as its predecessor did. And anyway it’s not that Audi has really toned down the chintz, as much as we’ve simply gotten accustomed to the whole four-door coupe niche. They seem to be a dime a dozen these days, with the trend having moved on to SUVs a while back already.

As far as this all-new second-generation A7 goes, the car benefits from the might of the Volkswagen Group all over the place. Namely, the Audi A7 shares its architecture with the A6 and the bigger A8, which are pretty nice architectures as far as that goes. Sure, Audi could have used the MLB platform that forms cars such as Porsches and Bentleys (also part of Wolfsburg’s stable), but that would mean a costlier end result. Certainly, it wouldn’t have resulted in a 3.0-litre V6-engined A7 that costs just over AED300,000.

Speaking of the engine, it’s definitely well suited to the rest of the A7. Together with that somewhat subdued and grown-up feel of the car, the engine plays its part delivering 340 horsepower and 500Nm of torque effortlessly, and with eight gears to choose from the automatic transmission never runabout of options. What this means is that you hardly need to stretch the motor to its ends to get plenty out of it, because mid-range acceleration in the A7 is rapid indeed. On its large, classy, optional 20-inch wheels, the Audi A7 Sportback 55 TFSI sprints from zero to 100km/h in 5.3 seconds, which is sports car category. 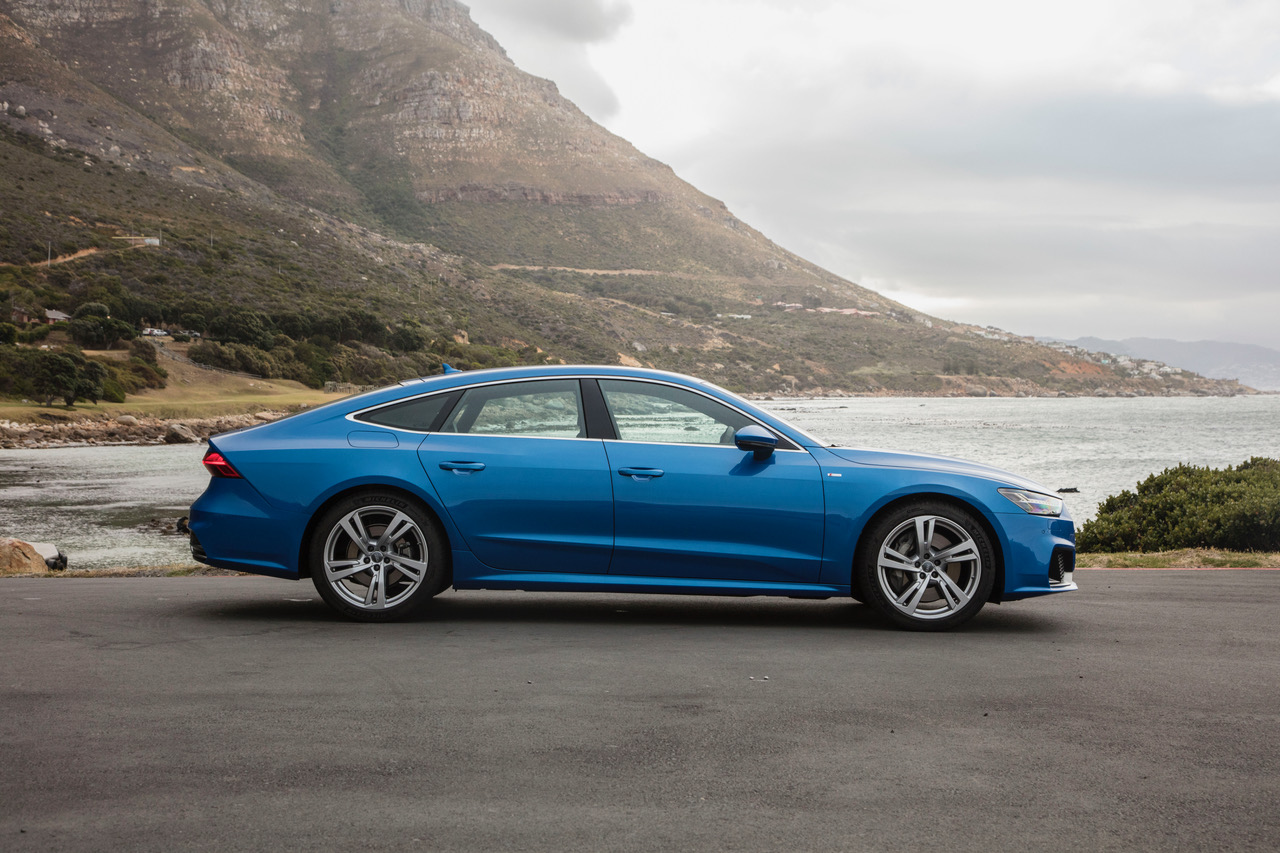 Just as well, because Audi reckons the A7 is a bit of a sports car anyway. Well, driving the car up and down the Hajjar mountains and exploring the eastern coast of the UAE, it’s clear this car is happiest cruising down the highway and removing any stress from its occupants. The quiet cabin and comfortable ride, even on the huge, bling wheels, makes any road trip a relaxing experience aided along by the massive equipment list associated with a luxury brand such as Audi. 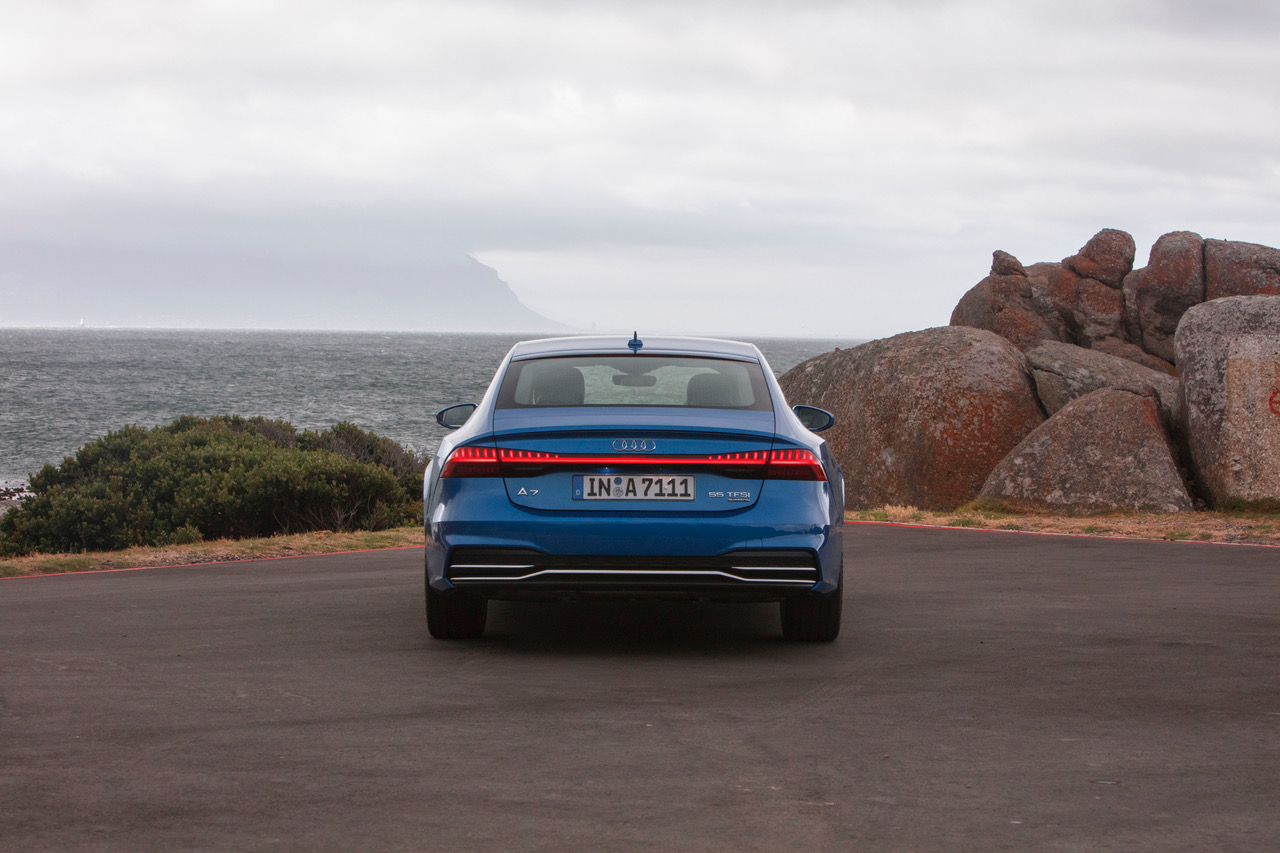 The optional all-wheel steering is a bit of trickery adopted from Porsche and Bentley, and it makes lane changes on the highway safer and increases agility through some of the sharper turns up in the mountains. There are also lasers and radars dotted about, so the car can cruise automatically without you having to worry too much about straying too close to the shoulder. Plenty of sound insulation means you can have whisper quiet conversations in the car on the move, and combined with the option of massaging seats you can understand why a journey taking all day is no sweat in the Audi A7. And if you get tired of the silence the Bang & Olufsen sound system can certainly shake things up. 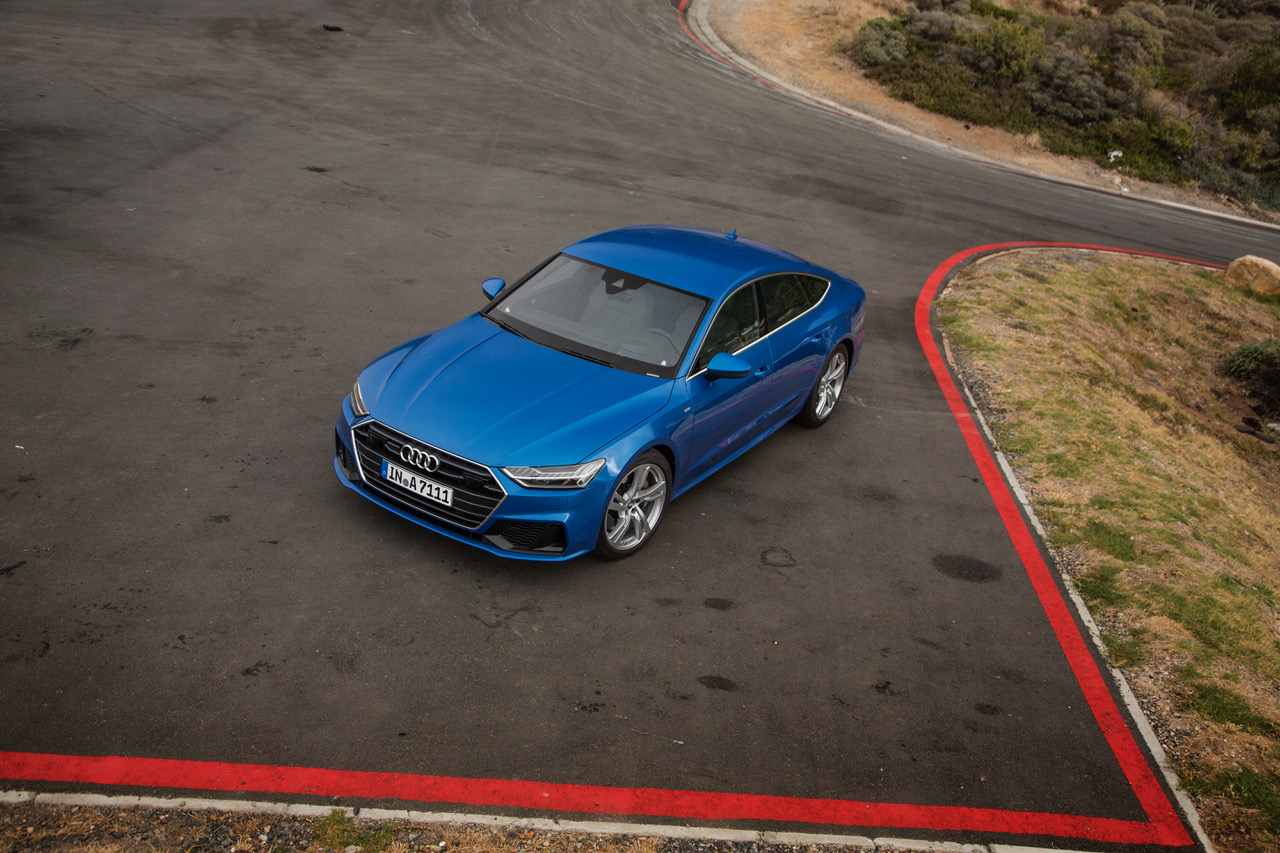 It takes very little concentration to make swift progress in the A7, and that’s the whole point. Even though Audi likes to pretend this is a sports car, it isn’t - the electric steering alone, for example, is so reluctant to feed back any road feel whatsoever, that you rarely ever feel inclined to mash the accelerator pedal and fly into a series of bends. The A7 Sportback dissolves the bit between A and B, detaches you from the journey and obsesses only about the goal: arriving. Like a good luxury car this Audi relaxes by taking away responsibility from the driver and it does so by adding technology. 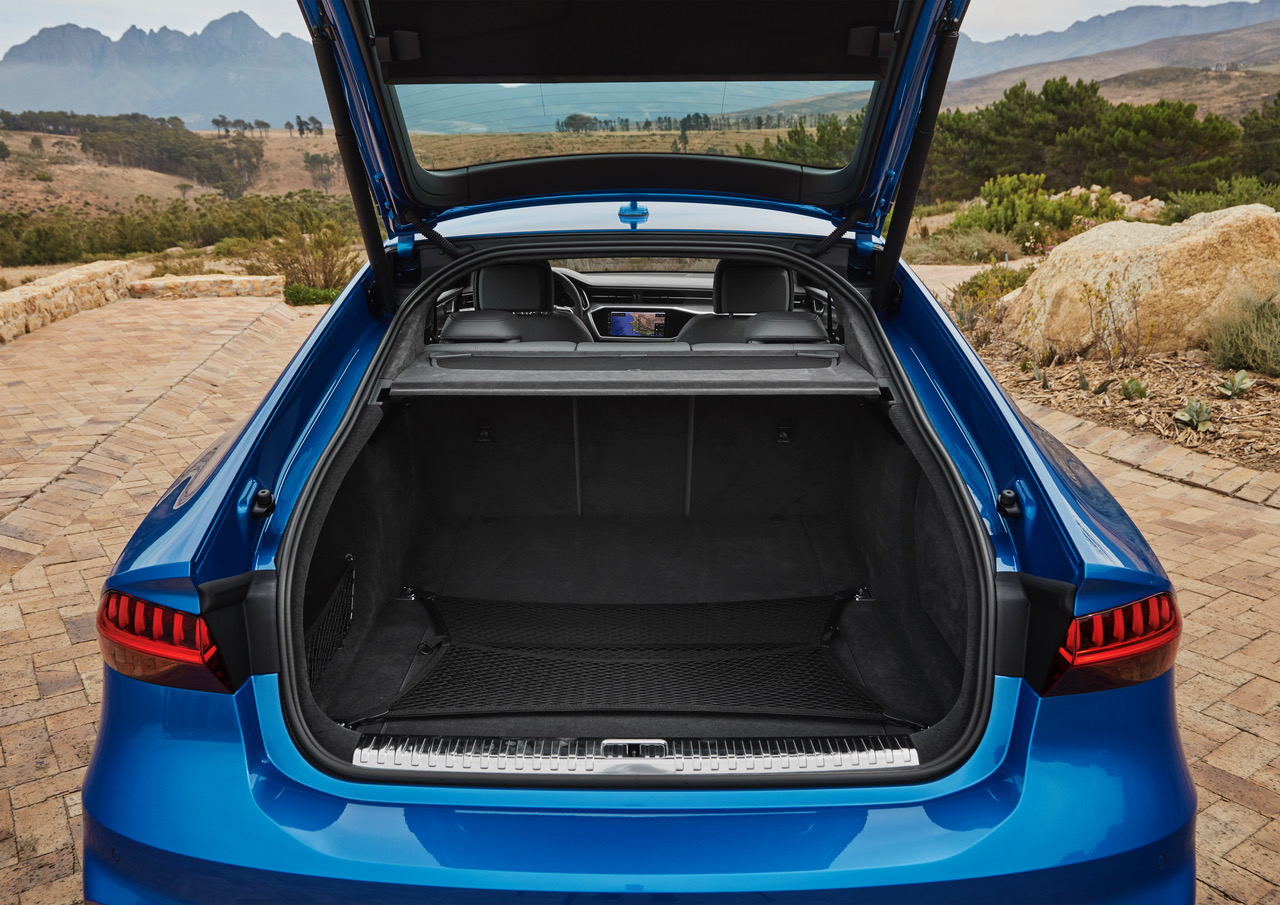 And while we’re on the subject, after a couple of months with the A7 it’s all too easy to get used to the technology on board. Stepping into another car after the Audi feels like a step back into time, and since we’re now used to the Audi’s gorgeously appointed digital cockpit anything else without a whole array of displays feels outdated too. The biggest problem you might come across in the A7 is the fingerprint stains all over your glossy black trim, so make sure you carry a microfiber cloth with you at all times.

And if that’s the biggest flaw we can find with this new 2020 Audi A7, it’s safe to say the Germans did their job, and as usual, they did it rather well indeed.

Zero to 30: How Lexus Became a World-Class Luxury Brand in Just Three Decades