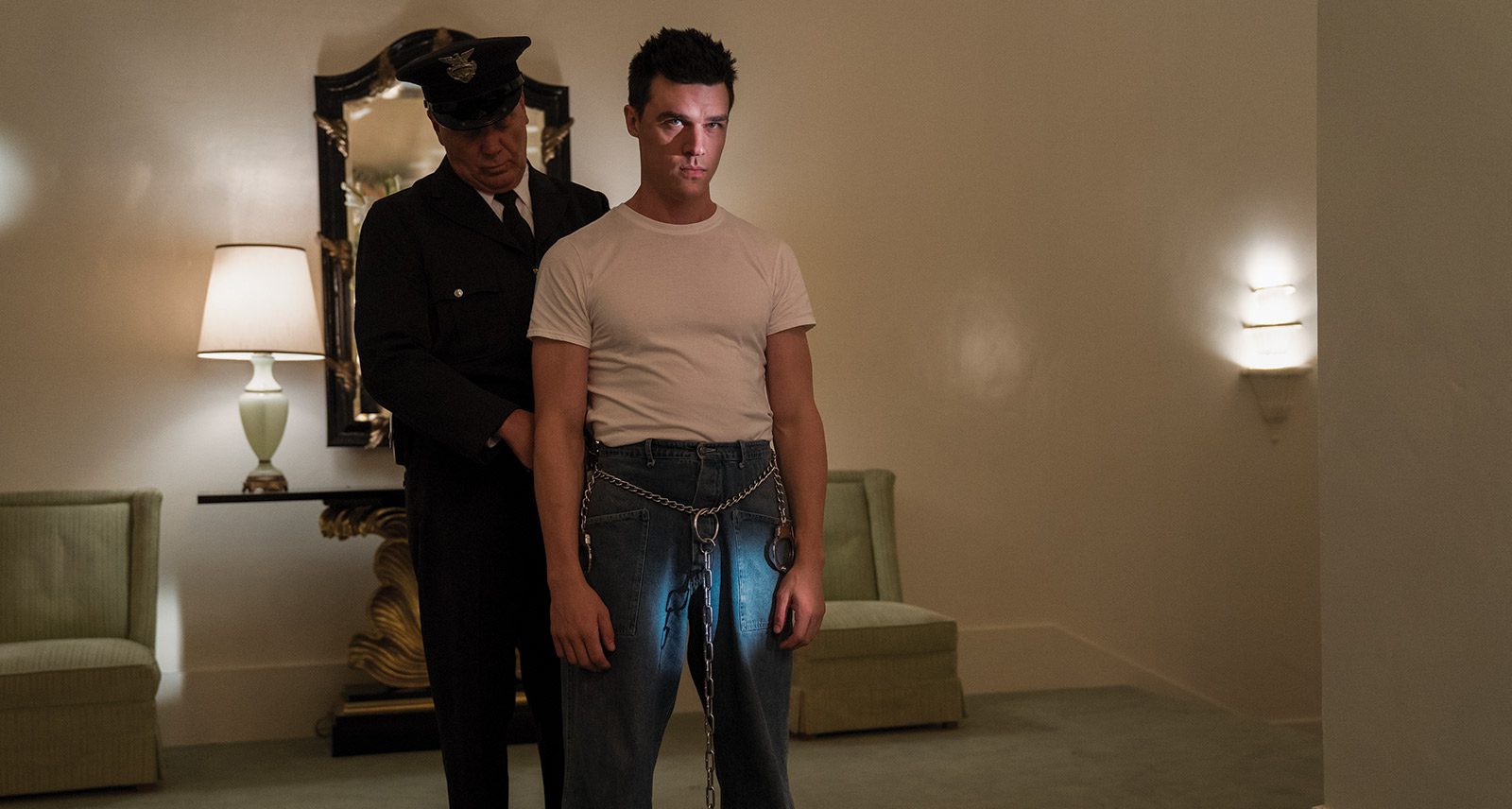 When a performance is so believable, it can be hard to separate the act from the actor. In 1973, for example, people were so spooked by The Exorcist that they believed Linda Blair, the 12-year old actress who played the possessed Regan, to be the devil incarnate. Such is the case with Finn Wittrock as Edmund Tolleson in Ryan Murphy’s new series Ratched, available now on Netflix.

Ratched follows the story of Mildred Ratched, a nurse at a psychiatric hospital with a mysterious past and a strange connection to Tolleson, a troubled man who is admitted after murdering several priests (quite the opening scene!). As their entanglement unravels in increasingly sinister ways, Wittrock, a formidable talent, is able to bring pathos to a seemingly cold-blooded monster. The show is an unflinching portrait of the mistreatment of society’s castaways in post-WWII America, with Wittrock’s character forcing us to ask ourselves whether evil is a product nature or nurture.

The Juilliard-trained, Emmy-nominated actor already has some serious credits to his name. In 2019, he co-starred in Judy alongside Renée Zellweger and is featured in the upcoming film Deep Water starring Ben Affleck and Ana de Armas, director Adrian Lyne’s return after a 19 year hiatus. Ratched may be Wittrock’s most challenging role yet: How can you ask audiences to have sympathy for the devil? Watch and find out.

Here, he tells Sharp how his acting training prepared him for this role, the importance of addressing mental health and what that final phone call with Mildred really means. You’re a Juilliard-trained actor, so I imagine you’ve had to play a range of characters. What kind of emotions did you have to tap into to play Edmund Tolleson?
I didn’t know everything about the entire season when I started, but I knew that he had a really traumatic childhood growing up, and I knew that it was connected with Mildred’s life. So, even when he was at his most monstrous, I wanted it to be, at its core, out of pain. It’s actually funny you mention Juilliard because I think that helped to have that kind of training, because I felt like Edmund was such a chameleon and a shapeshifter. Every scene he is kind of a different person: He’s a murdering maniac one moment, and then he’s kind of schizophrenic in the doctor’s office, then seducing the nurse [Dolly, played by Alice Englert]. He plays all those parts very, very thoroughly, so I actually thought of him as being a very good actor. Like he’s able to disappear into whatever kind of role he needs to play to get what he needs in that moment. Did you feel any sympathy for him as the show progressed?
[I thought it was an] interesting challenge, the way that it’s structured, because you start with this incredibly monstrous scene of just utter violence, and then as the season goes on, you unravel that monstrous picture of him and get at what’s underneath. It’s an added challenge to get people sympathetic when the first thing you see is him murdering priests. I have to have sympathy for him, but that doesn’t mean I have to like him; I think it’s because it’s all coming out of that early trauma. If you don’t have sympathy, you at least understand why his brain is so messed up. I think that the show is kind of talking a lot about the sources of mental illness, how it all [stems from early] trauma.

The show says that “monsters are made, not born.” Is that true?
I believe that most of the time, like 98%, that it’s all been made by society and upbringing. I think when we’re born, we’re all innocent and full of love. Charlotte, Sophie Okonedo’s character, has that horrifying experience [early on], and from that moment she creates these other personalities of cope with that, and Mildred, too. Everyone is dealing with their form of mental debilitation, but it’s not because they’re “born crazy”, it’s because they all went through something horrific. That last phone call between Edmund and Mildred rattled me to my core. Where does their relationship stand?
There is a deep love between them, a connection, but they are carrying a lot of baggage. They’re carrying a lot of years of scar tissue, especially him, that he kind of takes out on her. But by the time we get to the end of the season, they betray each other – or so they think. So, I think we’re launching into season two with like hunter/hunted. The thing about them is you don’t always know who the hunter is and who is the hunted, and it could switch at any moment. And there’s also a weird thing between them, I think, when she says at the end, “I’m coming for you, Edmund,”, we talked about what my reaction would be, and it’s kind of a perverse excitement ‘cause she’s the worthiest foe he has. They both want to destroy each other, but once one of them is destroyed, they’ll have no other purpose.