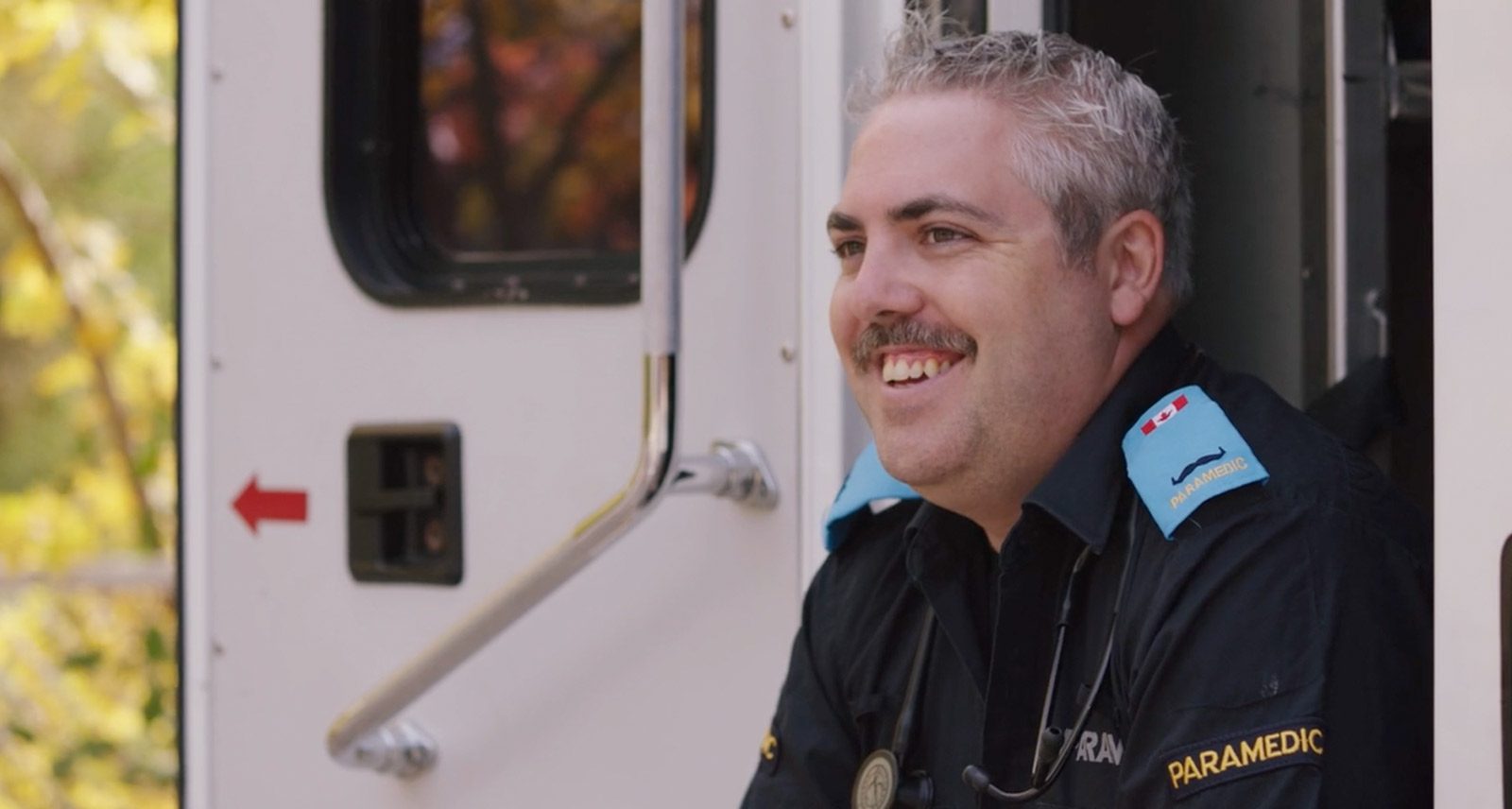 Toronto paramedic and 11-year Mo Bro Eden Rosenberg is speaking up about his experience with PTSD. “With paramedics, law enforcement, firefighting – all first responders – you don’t have that option to have a bad day. People’s lives can end because you’ve had a bad day and that’s not acceptable.” Eden opened up about how his job has affected his mental health and is proud of the way that first responders in Canada are now handling these issues.

“We see a lot of trauma. Not necessarily a traumatic incident, but what we deem traumatic to ourselves. It’s 30 years of being a medic and just seeing some really terrible things. Not one thing stands out, but you’ve got this anxiety and stress related to it.”

“It was a really big challenge to swallow my pride and go ‘I’m not well.’”

Reflecting on his life before his diagnosis of PTSD in 2014, Eden remembers, “I was angry. I was depressed. I was anxious. I didn’t understand why this had happened to me. I felt abandoned. Pretty much it was the perfect storm and I went ‘What I’m doing now isn’t working. I need to go into therapy. I need to speak to someone professionally.’”

“I was diagnosed with acute PTSD after a very bad assault when I was working in mental health. Even though it was not long ago, the system was a lot harder to navigate. The resources weren’t there. And especially as a male I was told to shrug it off; it’s part of your job – suck it up. And that was not the healthy approach.”

“PTSD can take a lot of different forms. For some people, it’s having the flashbacks. Depression. Anxiety. Anger. It’s not one-size-fits-all. It’s unique to each person.”

That mentality of ‘man up’ – it wasn’t sustainable. People aren’t able to do that. [Within the industry] the suicide rates were going through the roof, and everyone from the leadership team to the frontline medic saw that things needed to change. And I think opening up the dialogue is the biggest part of that.”

“The fact that the big burly police officers and firefighters will come up to you after a call and say ‘hey – that was terrible. Let’s talk about that.’ It’s a learning experience. There’s no shame. There’s no stigma. We’re a family. No one is going to judge you for having feelings. Just talk it out. It’s that simple.”

Movember has prioritized Veterans and First Responder mental health globally. In partnership with The Distinguished Gentleman’s Ride, a new grant program to improve the mental health and wellbeing of veterans and first responders was launched across 6 countries: Canada, Australia, New Zealand, Ireland, United Kingdom, and the United States. Learn more at movember.com/vfrgrants.

Eden has been involved with Movember since 2010 and has raised nearly $24,000 cumulatively to change the face of men’s health. Help Eden reach his 2020 fundraising goal by donating to his Mo Space and Sharp’s Mo Space.