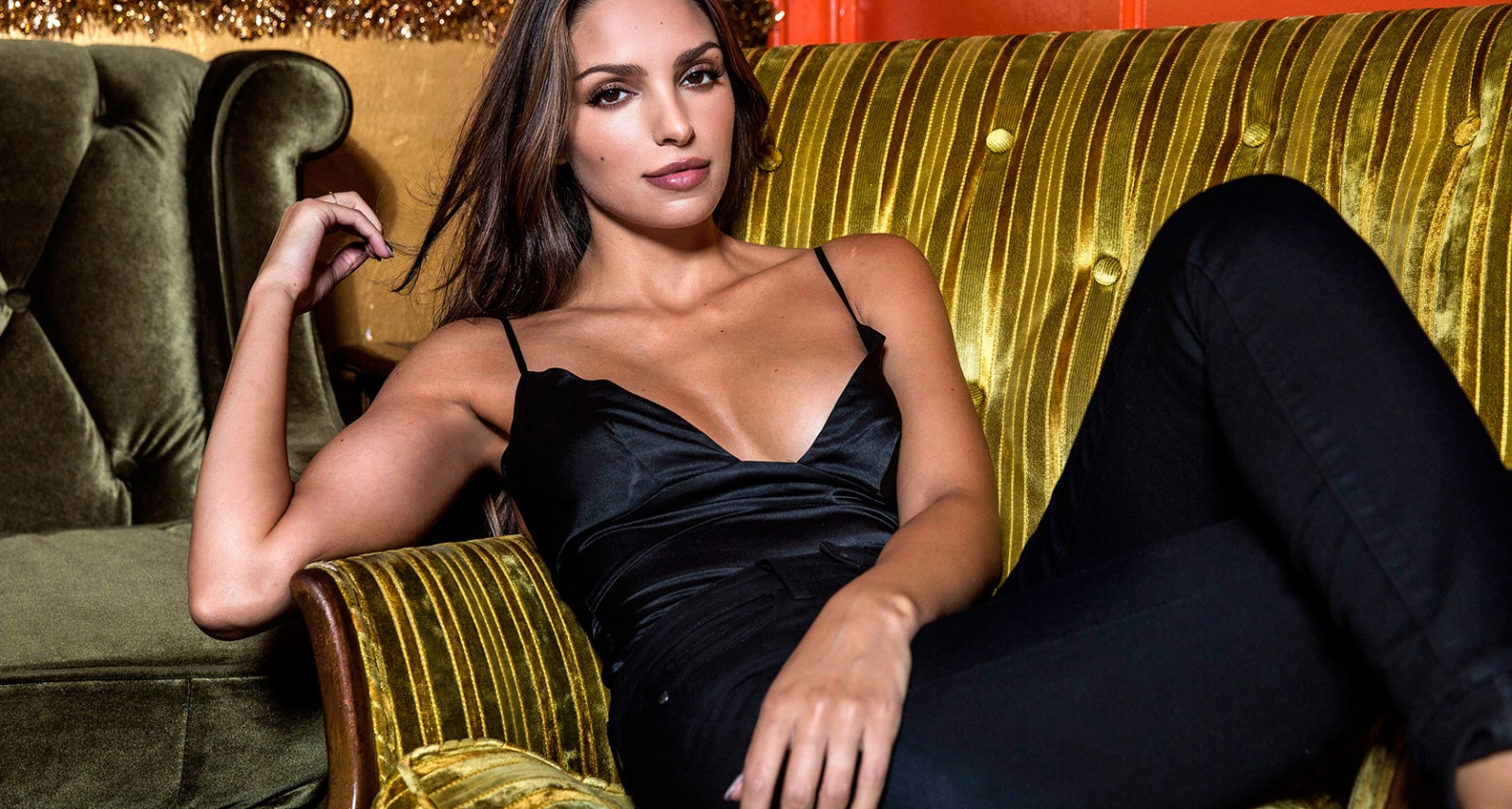 Everyone, meet Nadia Gray. Nadia, everyone. The quick-witted and, let’s be real, hot-AF actress stars alongside Will Smith in the new Netflix fantasy crime film Bright (out this week) as Larika — the “shit-stirring” elf. (Her words, not ours.) Set in a world similar to Earth (except for all the, you know, orcs, fairies, and elves), the movie follows LAPD officer Daryl Ward (Smith) and Orc Deputy Nick Jakoby (Joel Edgerton) on a routine night patrol until they discover an ancient relic that was thought to be destroyed, uncovering an insane world of darkness and chaos. Larika, our girl Nadia, just so happens to be the pixie in this scenario that’s up to no good.

That might not be so different to Nadia IRL. Chatting with her, we got the sense she has a propensity for getting into trouble. (For starters, she describes her sense of humour as “pervy” and has a dog named Mary Jane.) We also covered everything from Netflix, pizza, her inordinate love for L.A., and what a nightmare it was working with Will Smith — just kidding, apparently he’s really effing cool.

Tell me about your character Larika in Bright.

She’s an elf in the world of Bright.  She’s kind of a bad ass and also a villain. She stirs up a lot of trouble in the plot. So we’ll have to see how that plays out.

So who is she to Will Smith’s character?

Um… I don’t know if I can say. I guess she’s the shit-stirrer to his character. (Laughs.) 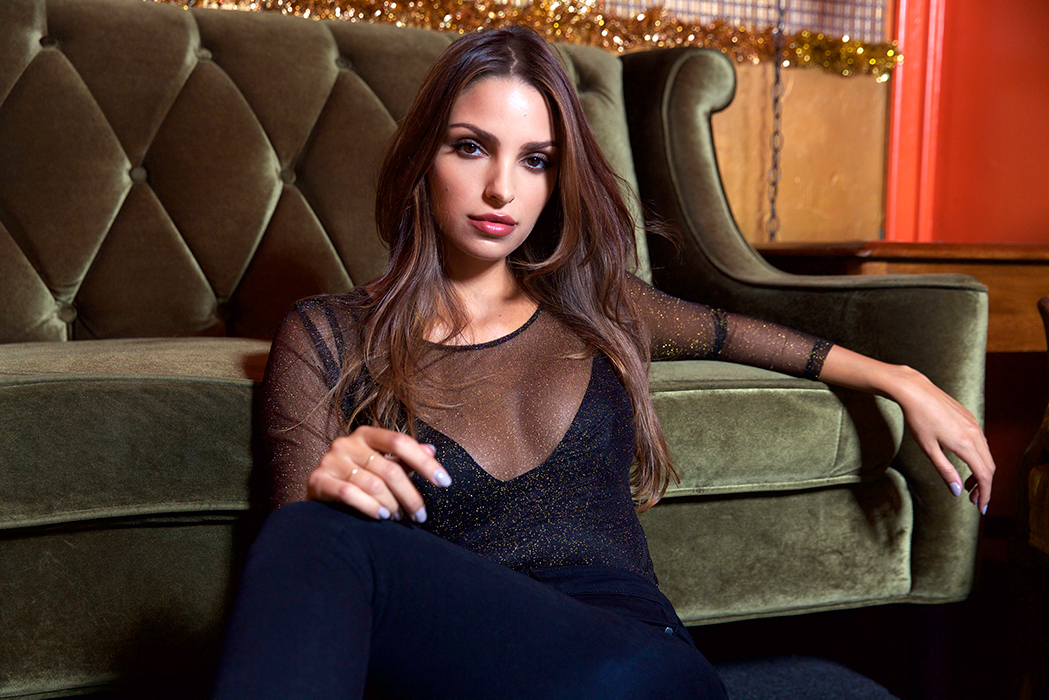 So you’re playing an elf.  Were there any other elves you looked to for inspiration?

Of course! I love Lord of the Rings and that whole franchise. But what Max Landis and David Ayer created for this was so new and original and unlike anything I’ve ever seen. I didn’t look to anything else specifically to draw inspiration from. Just the script, the setting, the makeup, and wardrobe. All of that really transported me kind of instantly.

How was the Netflix experience?

The best. The best I’ve ever experienced. I mean, this is my first big-budget film so I can’t really speak to how those typically run, but it seemed really relaxed. Like, they weren’t on set showing their power or presence and dictating the way things went. It was super chill and they let David do his thing. So it was just a really happy, good, and cohesive atmosphere. I think that says a lot about them [Netflix] as a studio.

I hear that a lot about Netflix.

They do a good job initially hiring the right person and they let them do their job and that’s so wonderful.

You moved from Florida to Los Angeles. How is that?

I moved to L.A. eight years ago and it’s definitely home. Like right away. My first day in L.A., I was like… yeah, this is where I belong. Instantly fell in love with it.

Just everything! I think California is just the coolest place to live. L.A. to me is a town full of dream chasers and I feel like that generally makes for happier people. I just love the atmosphere. 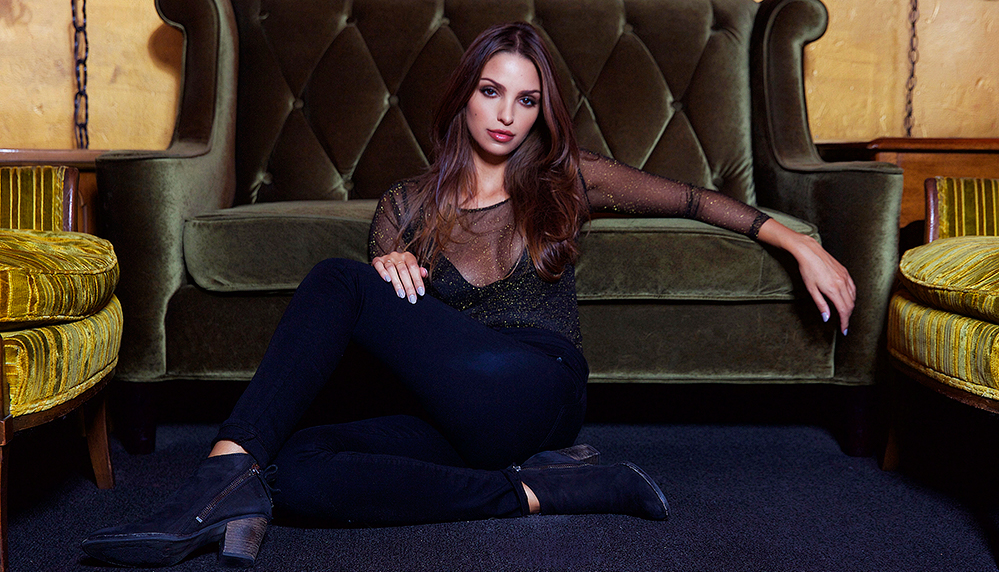 Do you travel around California a lot?

Yeah! I’ve spent a lot of time up north. San Fransisco is wonderful. It’s the best state to live in. You’ve got the beaches; up north you’ve got the snow and mountains. It’s just everything you could ask for.

Will Smith on set — is he actually cool or is it all business?

(Laughs.) Oh man, he’s so cool! He’s so nice and chill and approachable. He’s just the coolest guy. Everyone loves him for a reason, right? He’s successful for a reason. He’s so talented and he’s such a nice person.

Describe your sense of humour. I think I got a sense of it off creeping your Instagram and reading your captions.

(Laughs.) Oh, I’m in trouble now! I’m self-deprecating and sarcastic and, like, a little pervy. Yikes!

Are you more of a take-out person or dine-in person?

Oh, take-out. Don’t get me wrong, I love date night. You gotta have a date night at least once a week. I just crave home time. I will always prefer going home. (Laughs.)

Pizza. Always. If I could eat it for every meal and not be severely obese I would.

I hear you also like to put your feet up and enjoy a cocktail. What’s your cocktail of choice?

I love Casamigos Reposado. I like a really nice reposado tequila with soda and fresh lime — that’s my favourite. So refreshing. 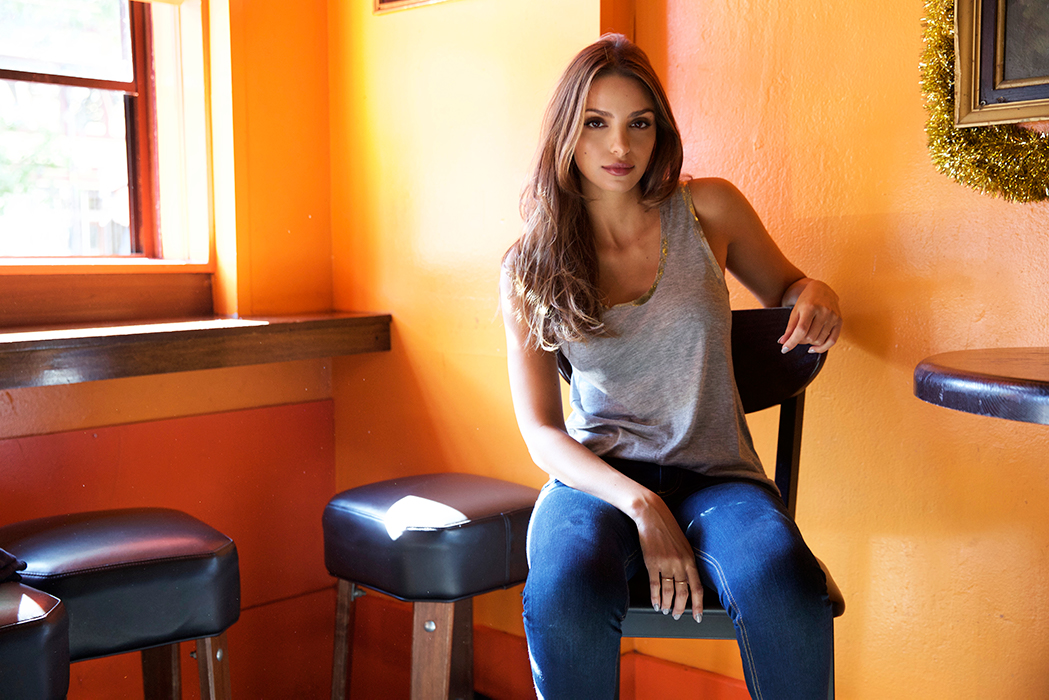 What kind of dogs do you have?

I have a mini Doberman, Mary Jane, and a Lab-Sheppard mix, Cora. And, of course, the little one dominates the big one.

When you’re not working, what are your favourite things to do in Los Angeles?

I feel like L.A. has great restaurants and I love the theaters as well. And hiking, of course. That’s like your stereotypical L.A. answer. It’s like… Runyon! It really is cool, but it’s like a weird social thing, hiking in L.A. 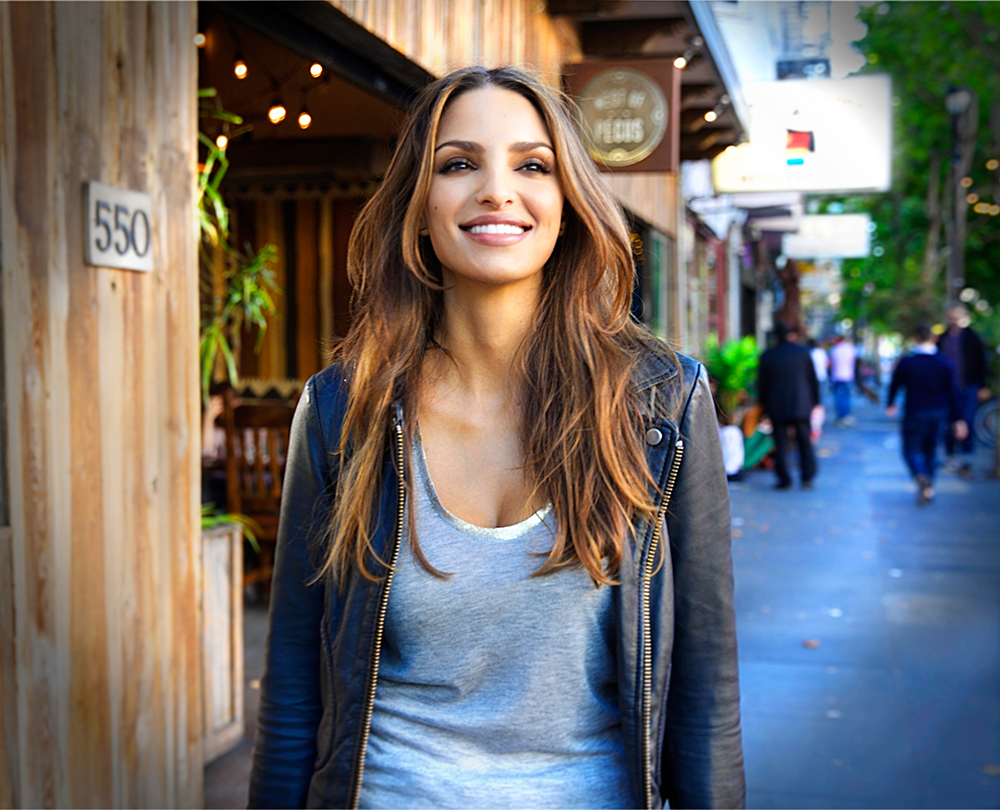 Okay, tell me about that. What is this social aspect of hiking in L.A.?

I wish I could explain. I don’t know! (Laughs.) It’s just like a thing. If you were to go on a Sunday, you’re like, Oh god, I’m walking into a shit show. The girls will have makeup on. The dudes are with their friends trying to scam on the hot girls. (Laughs). It’s such an L.A., healthy lifestyle, pickup spot, I feel like. I don’t know. (Laughs).

What’s your most embarrassing moment?

Oh shit. (Laughs). I don’t know if I have one specifically that I can think of, but I am pretty clumsy. I’m pretty damn clumsy. So just like, I’ll be walking somewhere not paying attention and I’m the asshole who trips and falls. Every time it happens I’m like, Oh my god… I hate myself. 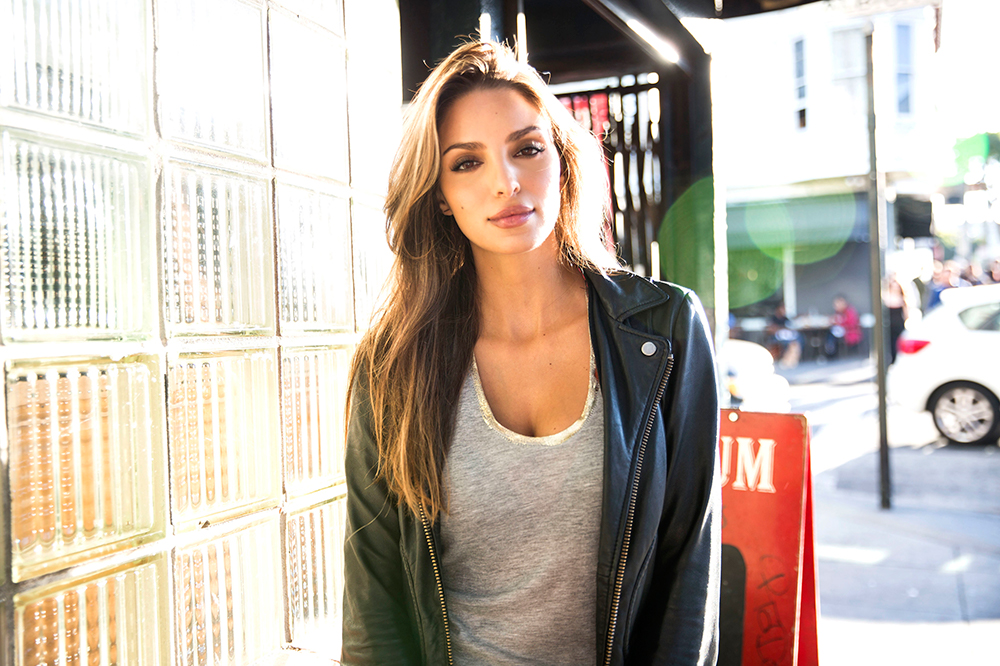 BRIGHT PREMIERES DECEMBER 22, 2017 ON NETFLIX AND WILL BE RELEASED IN SELECT THEATERS.