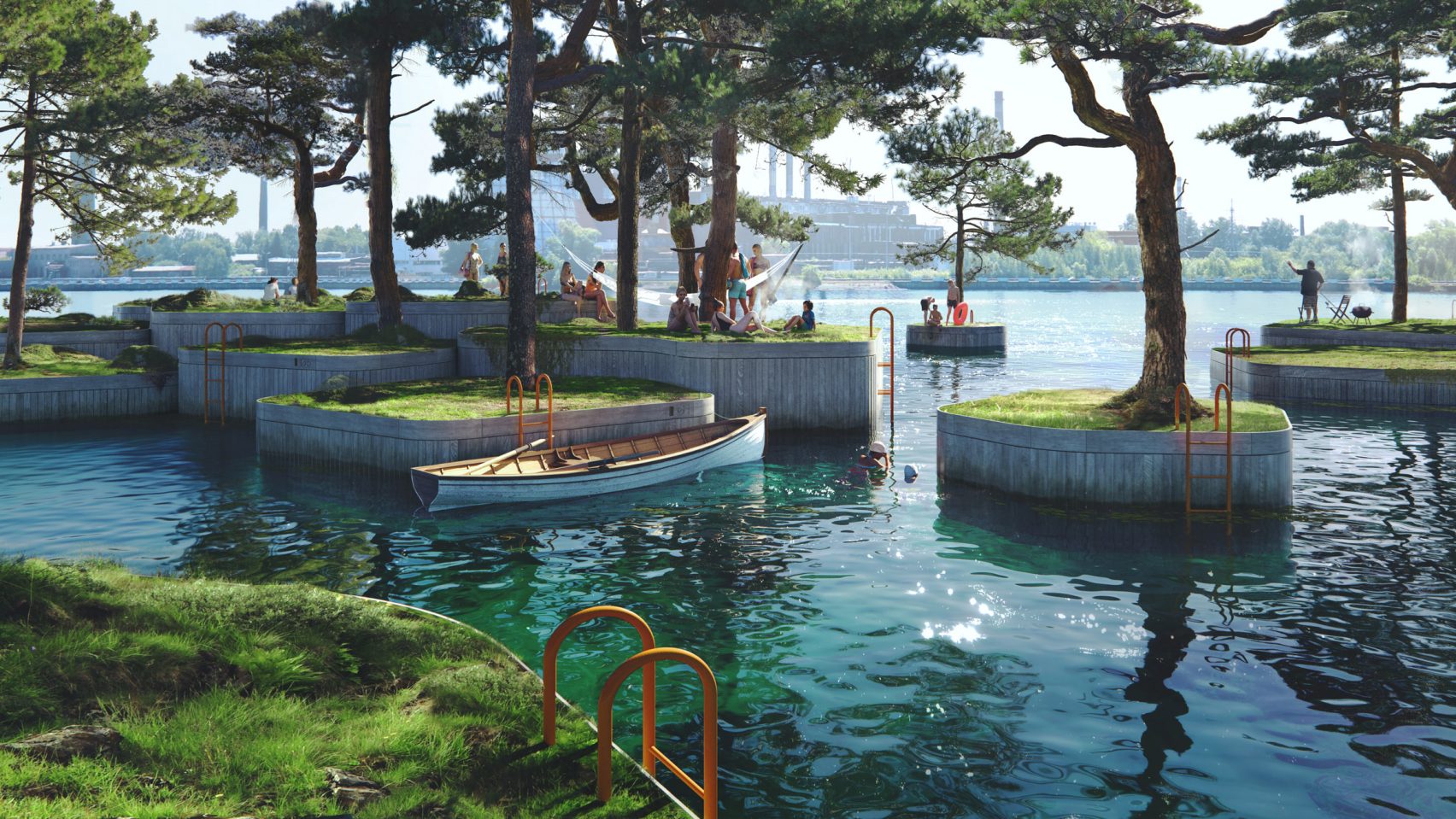 A cluster of roaming artificial islands designed by Marshall Blecher and Studio Fokstrot is set to be built in Copenhagen's harbour.

Anchored to the harbour floor, the islands will be made of steel and recycled floatation elements clad in sustainable Forest Stewardship Council-approved timber.

Forming an archipelago of floating parks, the islands will provide a platform for relaxing, fishing or watching the stars and will be accessible by boat, kayak or swimming.

The project follows the success of a prototype artificial island called CPH-Ø1, which launched in 2018 and has hosted talks, a photography exhibition and picnics. It will soon be joined by three more islands later this year.

Copenhagen Islands will also form a new habitat for wildlife, both above and below the surface of the water.

"The top of the islands will be planted with endemic grasses, bushes and trees, which will provide a sanctuary in the middle of an otherwise highly developed part of the city for the local seagulls, swans, pigeons and ducks," said Blecher.

"The underside of the islands will provide an ideal environment for seaweeds and mollusks to attach themselves, in turn providing the perfect habitat for fish and other sea life to congregate."

Blecher and Studio Fokstrot will build the islands in the harbour's shipyard using traditional boatbuilding techniques. Once afloat, the plan is to move the islands between different parts of the harbour each season.

The project, which was a finalist for Beazley Designs of the Year, could be expanded even further in the future.

"We have plans to add more separate islands as the project develops," said Blecher. "The project is inherently flexible and organic."

Floating projects in urban areas have become a trend in northern Europe. In Rotterdam, Dutch architects Powerhouse Company is building a floating office with a swimming pool in the harbour, and the city is already home to a floating herd of dairy cows.

Visualisations are by MIR.