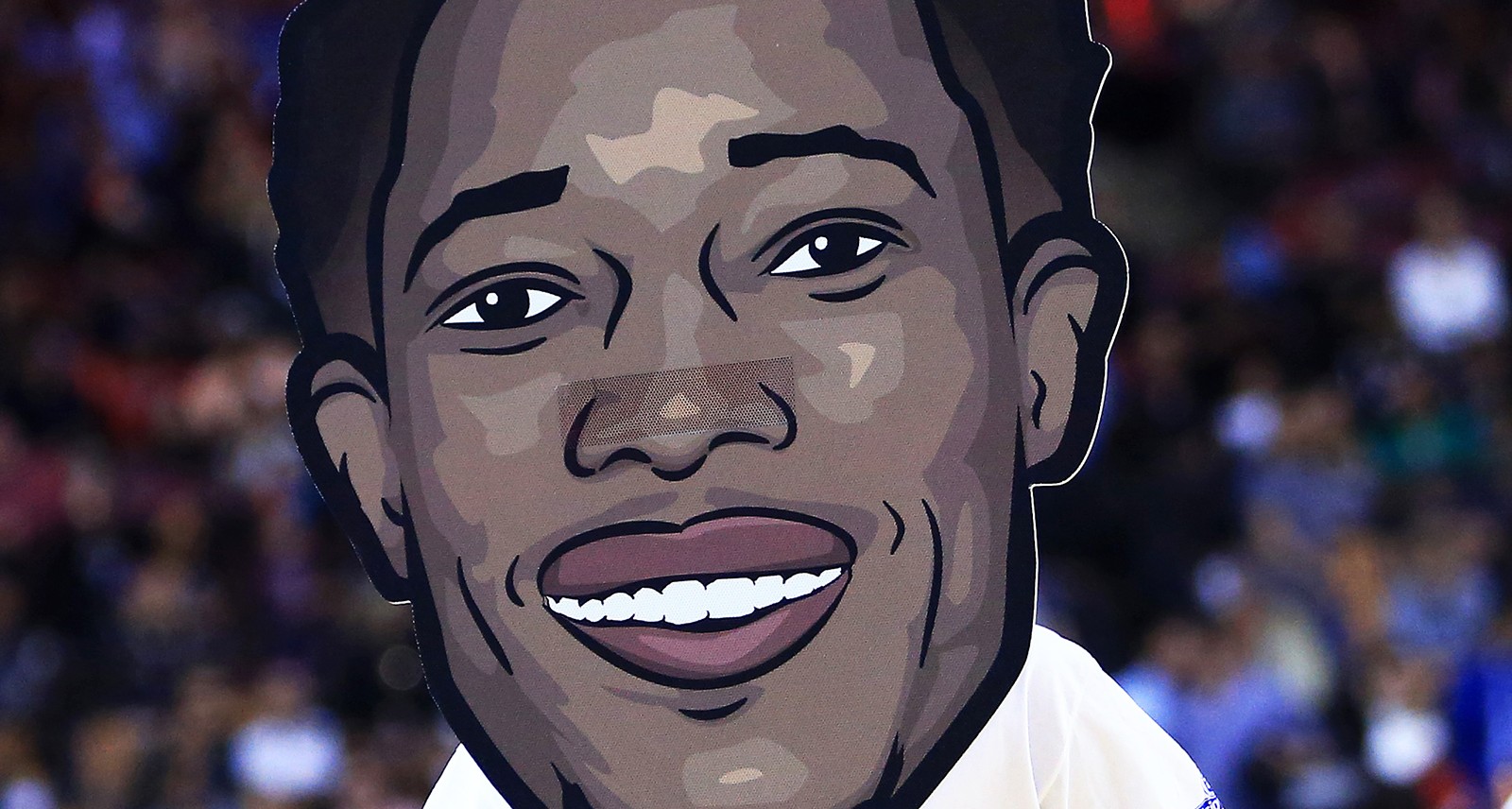 On the Sunday of Labour Day - while the rest of the world was barbecuing or dipping themselves in a lake or otherwise squeezing the last drops of leisure from the summer - I found myself hunched in the shade of a tree on a Toronto street, squinting at a push alert so unpromising and anodyne it felt impossible a human being had decided to send it to my phone. “Kawhi ‘doing great’ physically,” it read in full. I swiped eagerly.

It was the meagerest of reports, a transcription of a podcast in which a Raptors assistant coach seemed to be enthusiastically using words with great rhythm and style to communicate as little as possible. “He’s doing great,” the coach said. “He’s in great shape.” I read on. Kawhi Leonard’s shape was suddenly very important to me. “Body looks good, he’s feeling good.” I nodded vigorously. Having a body that merely looks good was blessing enough. But to feel good, too? It was almost too much to hope for. “He’s working hard and he’s a hard worker,” the coach finished, a master craftsman of tautologies who had at last found his medium.

I turned off my phone and blinked at the sunny day around me. It was August, the absolute dead zone of NBA news, a time when even basketball players weren’t thinking about basketball. There was a month and a half before opening tipoff. And I was obsessing over the smallest scrap of a report from the Raptors. It was a taste of things to come - a preview of life as a Toronto basketball fan in what will surely be the most consequential, least comfortable, most fascinating season in Raptors history.

A month and a half earlier, when the news broke that the team had traded DeMar DeRozan, my mood had been less rapturous. The trade had left me rattled - excited but apprehensive, gleeful but somehow melancholy.

DeMar DeRozan was the greatest Raptor of all time. Not the best player, but the person who had achieved more in a Raptors uniform than anyone else in the franchise’s mostly forgettable history. He was the team leader in points, minutes, games, and seasons played. He was, along with Kyle Lowry, one half of the most heartwarming bromance in professional sports.

More than any of that, he liked us. This was no inconsequential thing. For years, being sent to Toronto was seen as being sent to the Gulag. It was a city any decent player would leave the moment he had the chance. DeRozan changed that. He wanted to retire a Raptor. “I am Toronto” he said after signing with the team and refusing to even meet with another organization. Now, suddenly, he wasn’t.

“The DeRozan era was comfortingly solid. But a sports team exists to provide the visceral thrills that most of us can’t afford to take in our own lives.”

Replacing him was Kawhi Leonard, one of the very best players in basketball, a physical freak who instantly became the most talented player the team has ever had. He was also perhaps the least charismatic - a basketball-cyborg with a void where his personality should have been. If DeRozan had declared himself a Raptor for life, all smart money pointed to Leonard leaving the team after a year.

The trade seemed designed to make you question exactly what it meant to be a fan. To cheer the trade of a beloved teammate for a superstar who doesn’t want to be here felt like the clearest illustration of the old Seinfeld joke about the absurdity of fandom. In a league in which players are swapped back and forth constantly, we’re not cheering for the players, we’re cheering for the uniforms - the laundry.

More than that, the trade was destabilizing because it blew up a cozy familiarity. The DeRozan Raptors were good! They might never be great, but they would win games, make the playoffs, and be loveable enough in the process. The shooting guard’s years in Toronto had coincided with what I have since come to consider my own personal DeRozan era. As an adult man in the second half of his thirties, someone with a partner and a toddler, my DeRozan era has been a time of comfort. It’s been about learning to enjoy my position in life, rather than struggling to transform it. It hasn’t meant abandoning all ambition - just accepting what was good enough.

Like the basketball team I love, I had found a virtue in steadiness. The DeRozan Raptors were never going to win a championship. But they also weren’t going to embarrass you either. In the DeRozan era, the ceiling was constrained but the floor was comfortingly solid.

All this, of course, is loser talk. There’s no settling in sports. You shoot for the moon, go all-or-nothing, leave everything on the court. A sports team should not act like an aging family man in the grocery aisle, agonizing over whether or not to get the full-fat yogurt. A sports team exists to provide the visceral thrills that most of us can’t afford to take in our own lives - to go for glory no matter the consequences. And in one move, Masai Ujiri had taken the comforts of the DeRozan era and thrown them out the window.

So this year, watching the Raptors will be different. The stakes will be higher. The results could be disastrous. Maybe Leonard never fully recovers from his mysterious injury, hates Toronto, leaves next year, and we’re forced to start from scratch, having traded the greatest Raptor of all time for a single year of irrational hope. Until then, though, Ujiri has managed to create a sense of anticipation I haven’t felt around this team in years. After a summer of mixed emotions, I’ve gone all in. I’m unabashedly cheering for the laundry.

Raptors fans will spend the next months analyzing every half-baked report on Kawhi’s health. We’ll become reacquainted with the awful feeling of trying to impress an inscrutable love object, constantly wondering: are we good enough? We’ll live in fear of the floor giving way, sending us back to the pit of irrelevance we had lived in before DeMar DeRozan put on a jersey. But we’ll also cling to the hope - suddenly plausible - that this version of the team will be the best ever, will make it farther than the old team ever could. It will, in other words, be anything but comfortable. The DeMar DeRozan era is over.

Auston Matthews Is About to Blow Up

If I Could Own Only One Type of Bicycle, What Should It Be?