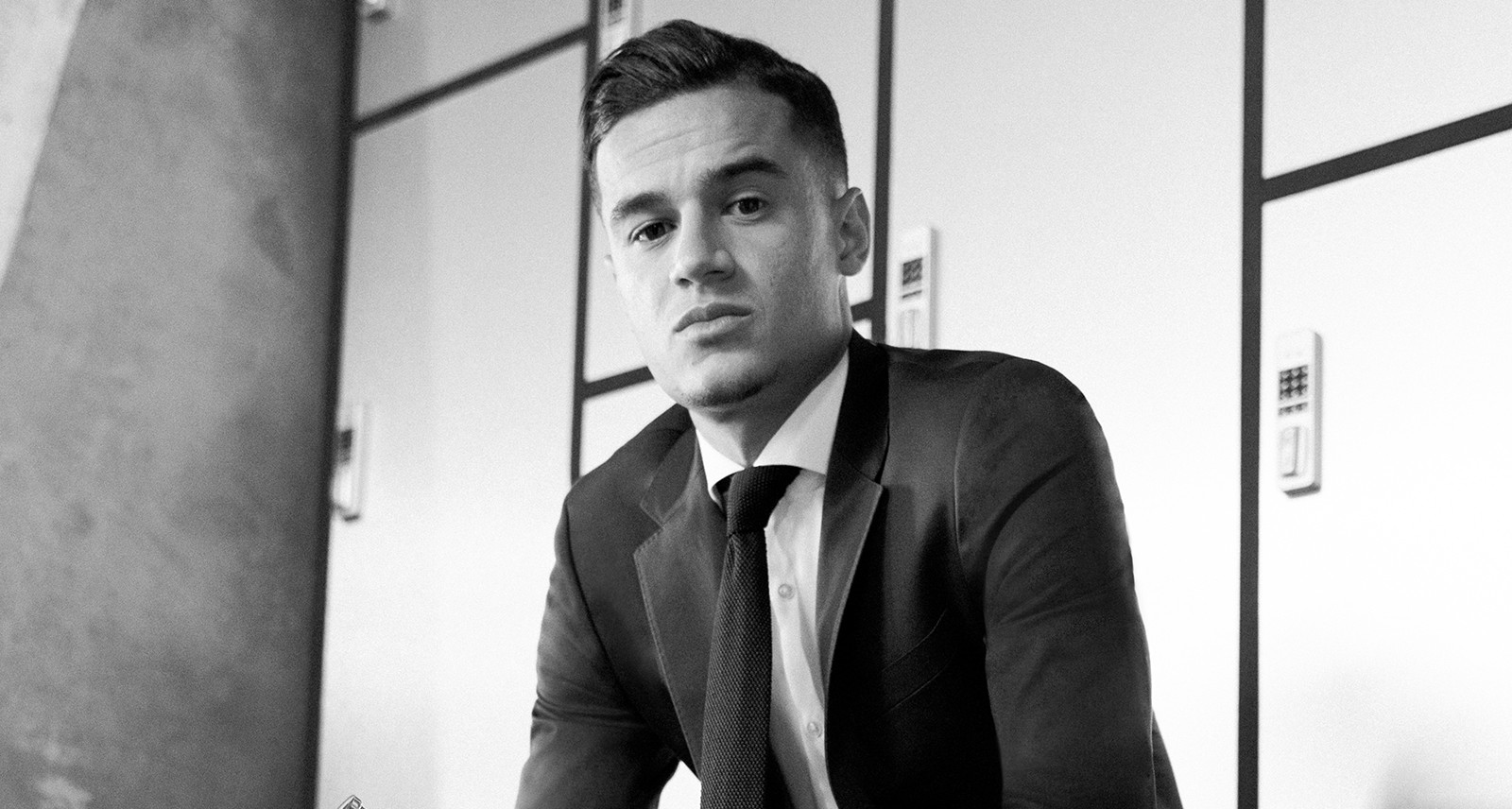 At the beginning of the year, Philippe Coutinho made headlines for commanding the third-most-expensive transfer fee in football history, with Barcelona forking over an initial £105 million to nab him from Liverpool. This summer, the star midfielder is playing for his home country of Brazil. We caught up with the 25-year-old goal-setter — and BOSS Bottled spokesperson — to find out where his head’s at going into this summer’s matches.

You already play for Barcelona. How much bigger is playing in the World Cup?

It’s always been my ultimate dream to play in a World Cup representing my country. Even though it was a big dream of mine to play for a European club, the World Cup is the most important tournament of all.

What does it mean to you to play for your country?

Football is so important to everyone in Brazil. I can really feel it now, because all of my friends are texting me and I see everything going up on social media. The Brazil team has always had a lot of my heroes on it, and being in the same yellow shirt as them is a very good feeling. It’s a beautiful shirt. 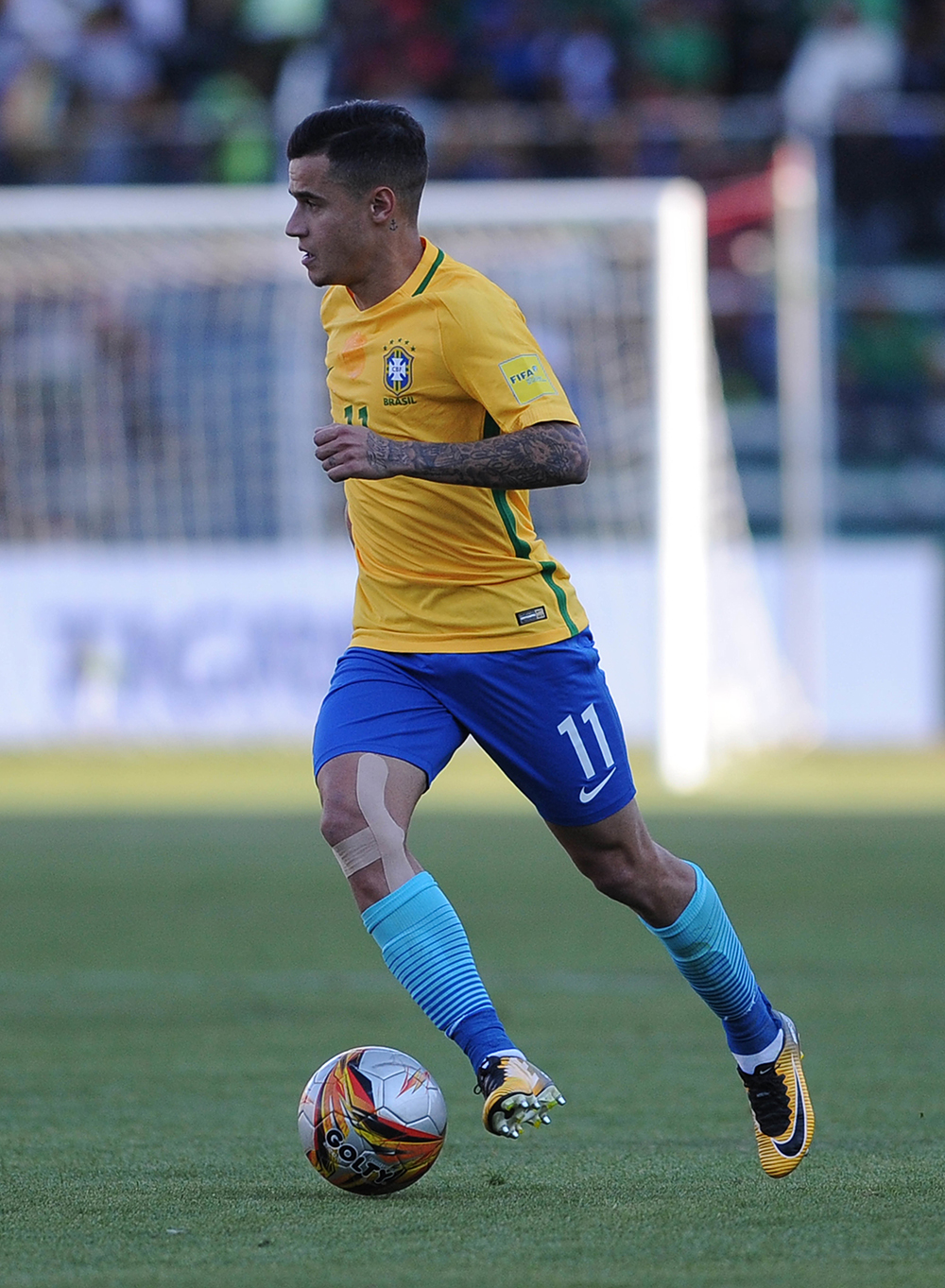 What memories of the World Cup do you have from growing up in Brazil?

I definitely remember watching the World Cup with my family when I was young. After my father, Ronaldinho was always my idol. I think back to 2002, when the Brazil team was very good. In that final, Ronaldinho was phenomenal. Ronaldo was very good, too — but he had that different haircut that was the worst.

You played football starting at a very young age. When did you know that you could make it pro?

When I was brought onto the Brazilian national team’s under-14, that was when I started to see myself being a professional football player. I am so passionate about football that at that point, if I didn’t become a player, I wouldn’t have known what to do. It would have to be something still to do with football. That’s how much I love football.

Your passion and skill have seen you compared to the likes of Messi. How do you take that comparison?

[Laughs.] It’s funny, because Messi is from another planet. I don’t think he can be compared to anyone. Really, everyone is different. Of course, I have players who I want to be as good as and try to work as hard as, but to compare to Messi — he’s unique. 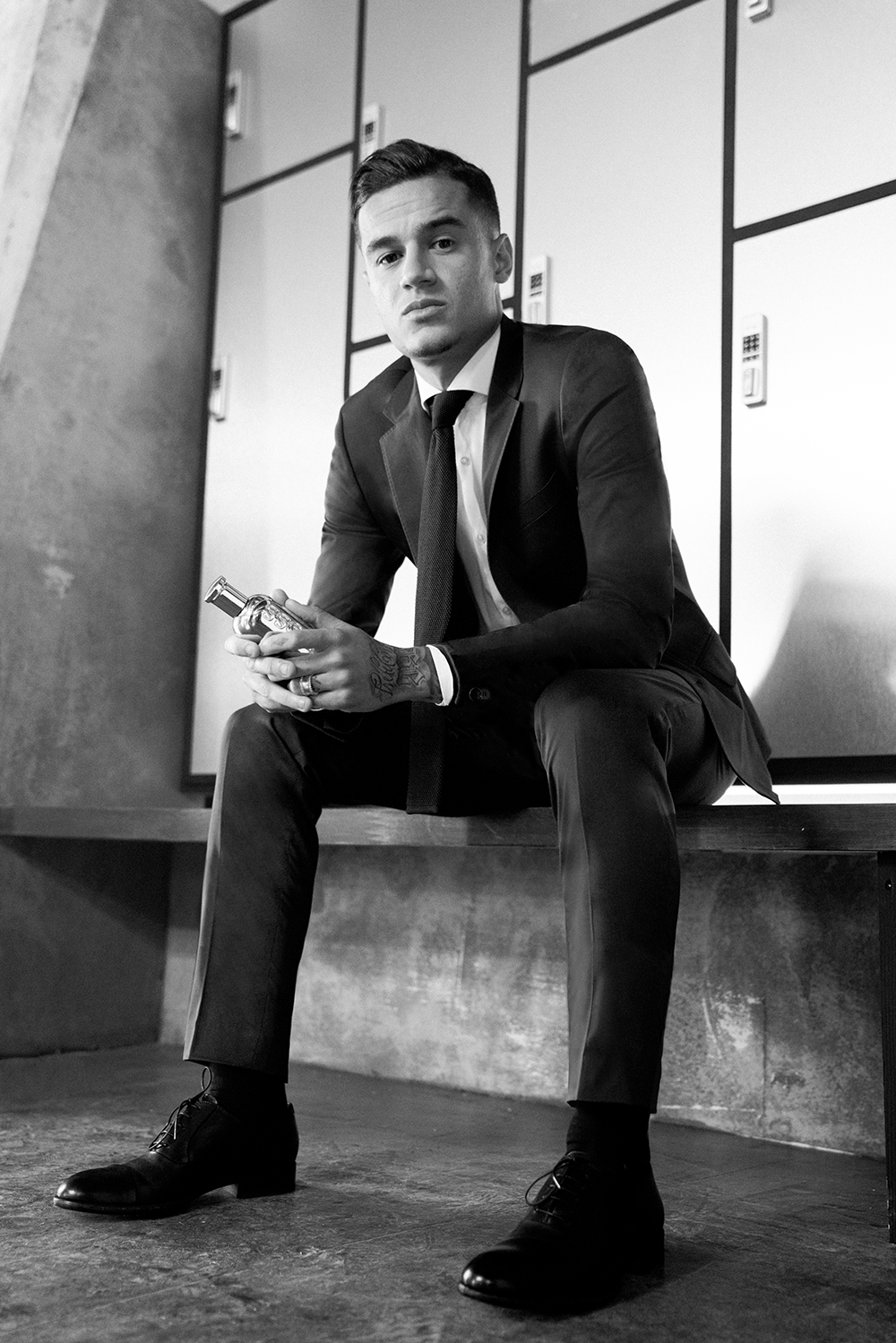 What do you do in your downtime to unwind?

I spend a lot of time with my family. We like to go watch movies, or barbecue together. For parties — or maybe my wife’s birthday — that’s when I really like to be wearing BOSS BOTTLED. It reminds me that you have to enjoy the time off and make it special.

What is your strategy for Brazil’s first game against Switzerland on the 17th?

Now that it’s getting close, I might be anxious, but I still need to last these final weeks. My father and mother would always say to me, “Be happy on the pitch.” So that’s what I try to focus on — the happiness. You have to enjoy what you do. Football is the thing that I love the most, so I enjoy every part of it — during a match and in training — every day. Plus, I remember the thing we are looking forward to: winning.