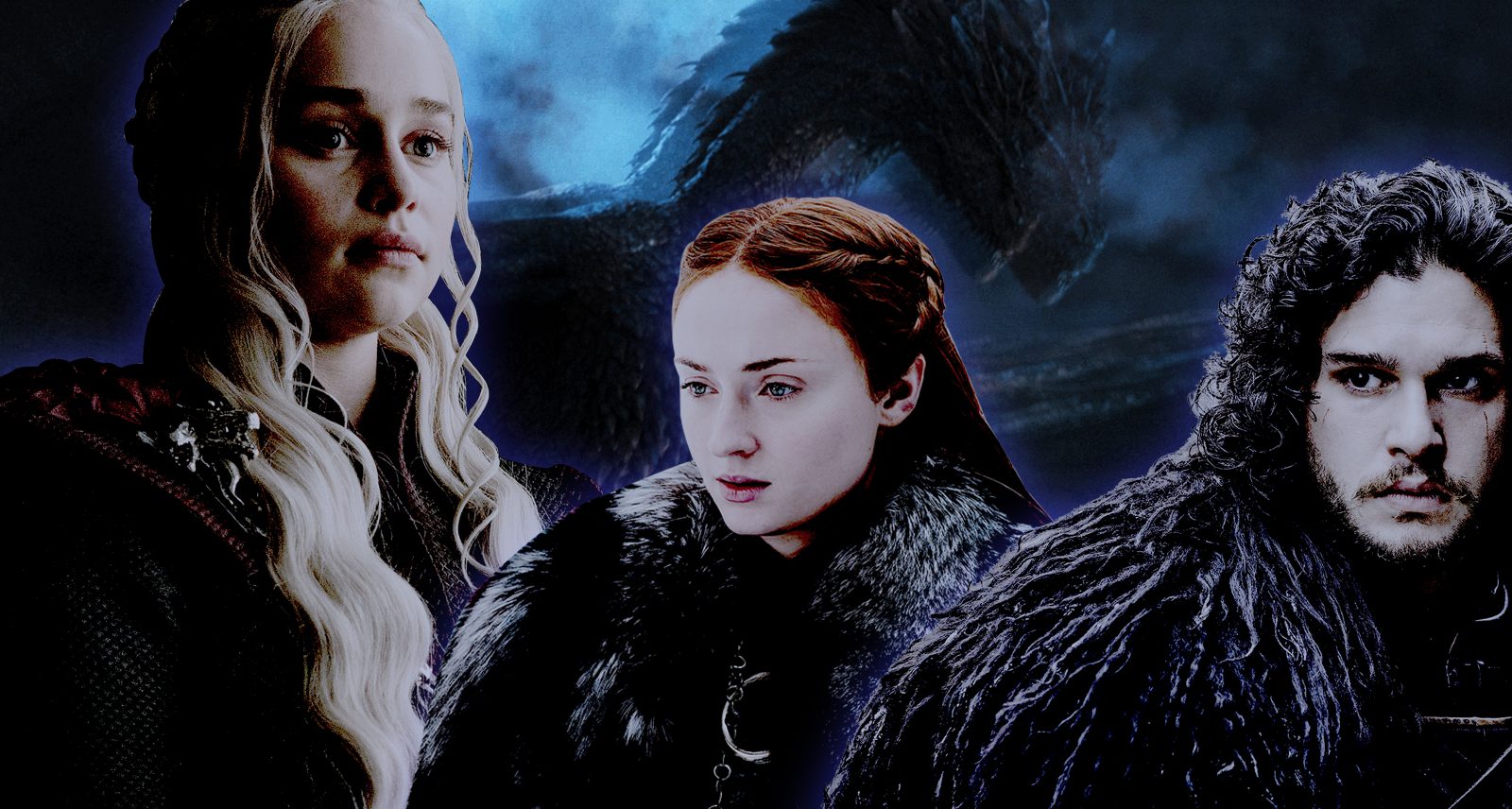 Game of Thrones is going to end. We know that much. Six Sundays from now, someone (or something?) will be left sitting atop the Iron Throne when the hit HBO series wraps up its eighth and final season. But how it all ends – and, maybe more importantly, which fan favourites are going to get killed off between now and then – is still up for debate.

So how will the big game end, and who will win? Showrunners David Benioff and D.B. Weiss won’t say, the cast (and their loved ones) all had to sign ironclad NDAs, and author George R.R. Martin still has two full books to finish… someday.

But that’s okay, because we’ve got something even better: an entire Internet’s worth of fan theorists. In seasons past, sometimes these painstakingly researched predictions have actually panned out (R+L=J), sometimes… yeah, not so much (Hodor is really a horse!). Here’s a look at some of the Internet’s more, um, compelling theories on what’s going to happen in Game of Thrones’ final six episodes, ranging from “surprisingly plausible” to “absolutely not.”

Tyrion is a secret Targaryen 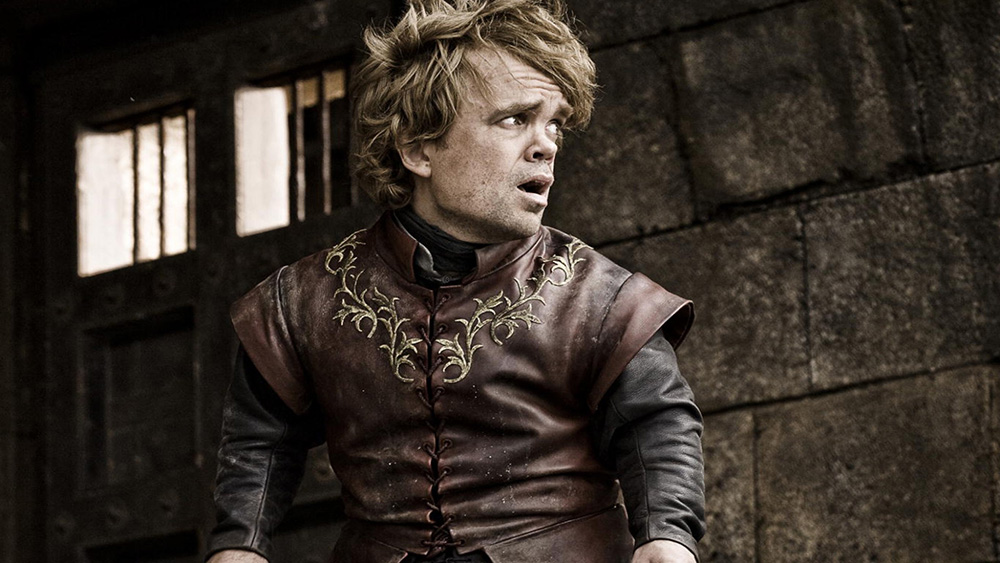 This theory somehow refuses to die, even after the show already revealed that one major character is a Targaryen, and not the bastard we thought he was. So the evidence must be pretty compelling, right? Judge for yourself: 1) Tyrion thinks dragons are awesome (devil’s advocate: dragons are awesome). 2) His dad Tywin was a real dick to him. And sure, I get that, but also, the guy was kind of a dick to everyone… 3) That’s it. That’s all they’ve got.

Jaime and Cersei are secret Targaryens

This ultimately boils down to the observation that the Lannister twins both have blonde hair and are incestuous, two key traits that run in the Targaryen family. So, yeah, no.

Ser Pounce was a secret Targaryen 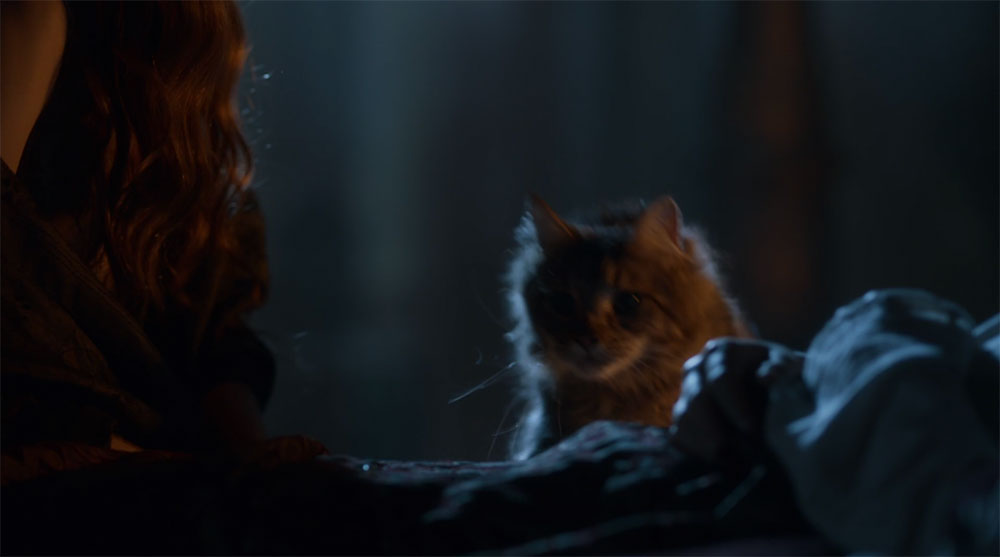 OK, fine, I made this one up myself. But still: RIP Ser Pounce.

Tyrion is going to time travel… back into the womb 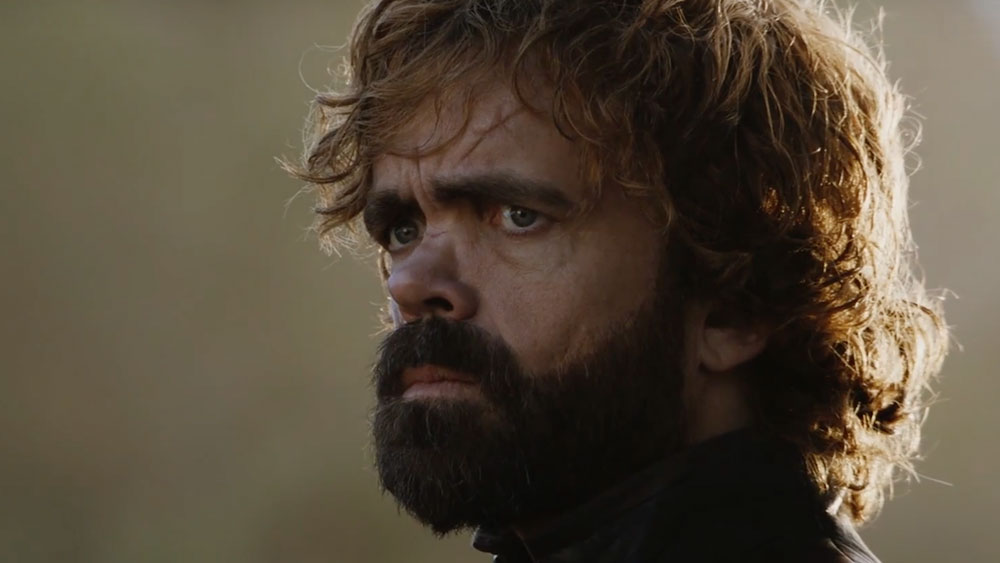 There’s R+L=J, and then there’s D+D=T, the OG tinfoil hat Game of Thrones theory. As far as I can tell, this claims that Tyrion isn’t just a secret Targaryen, he’s actually Daenerys and Khal Drogo’s unborn fetus sent back in time to kill Joanna Lannister in childbirth via some kind of blood magic/time travel-induced surrogate pregnancy. Making Tyrion the prophesied “stallion who mounts the world.” File this one under: Sorry, what was that?

Euron Greyjoy is going to release the Kraken 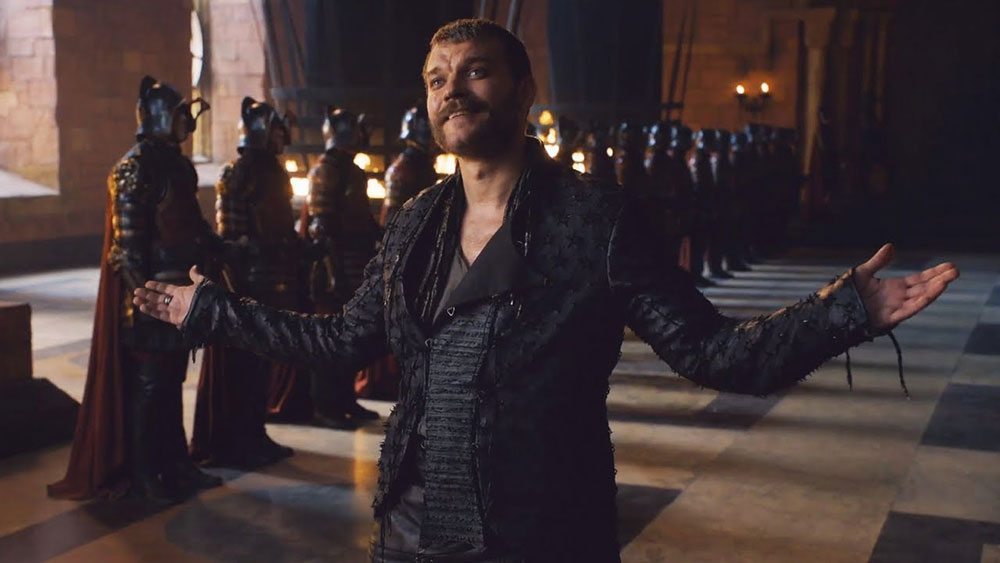 We’re talking a literal Kraken here, not some crass euphemism (he’s no Podrick). Somehow, it seems that a dude who looks like if Pacey from Dawson’s Creek got super into Motörhead is going to play a sizeable role in the show’s eventual endgame, but I sincerely doubt it’s going to involve Evil Bono summoning sea monsters. Still, go ahead and call this one theoretically possible. 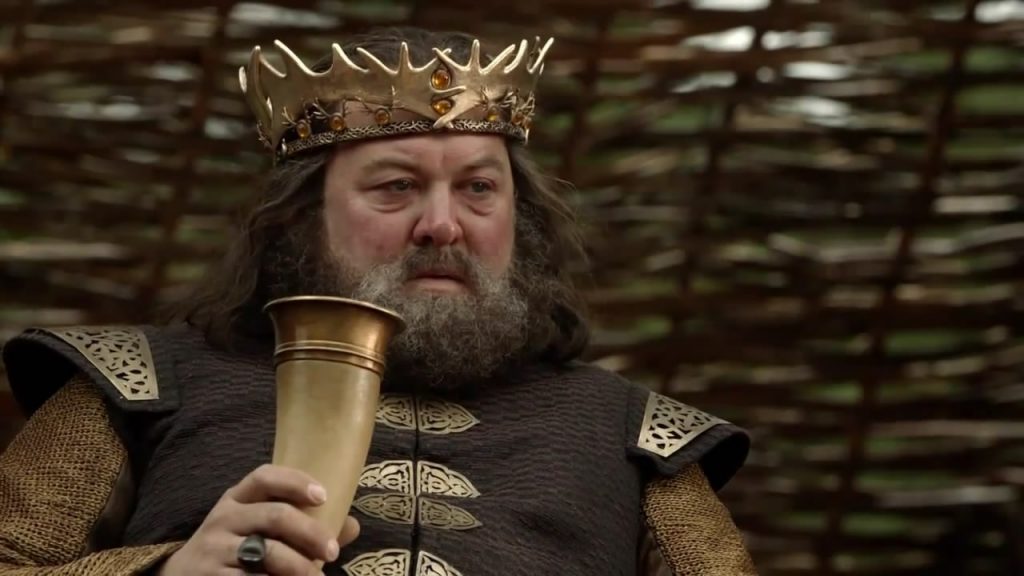 As far as some fans are concerned, everyone in Game of Thrones should be presumed alive until we see their lifeless corpse (and sometimes, not even then). Blame Benioff and Weiss for this one: the second the Hound returned in Season Six, every other offscreen demise became fair game for crackpot fan theories. Including one that says the ex-King Robert is waiting in the wings to come roaring back as the ultimate deus ex machina. There’s playing the long game, and then there’s playing the really, really, really, really long game.

Ned Stark is alive too 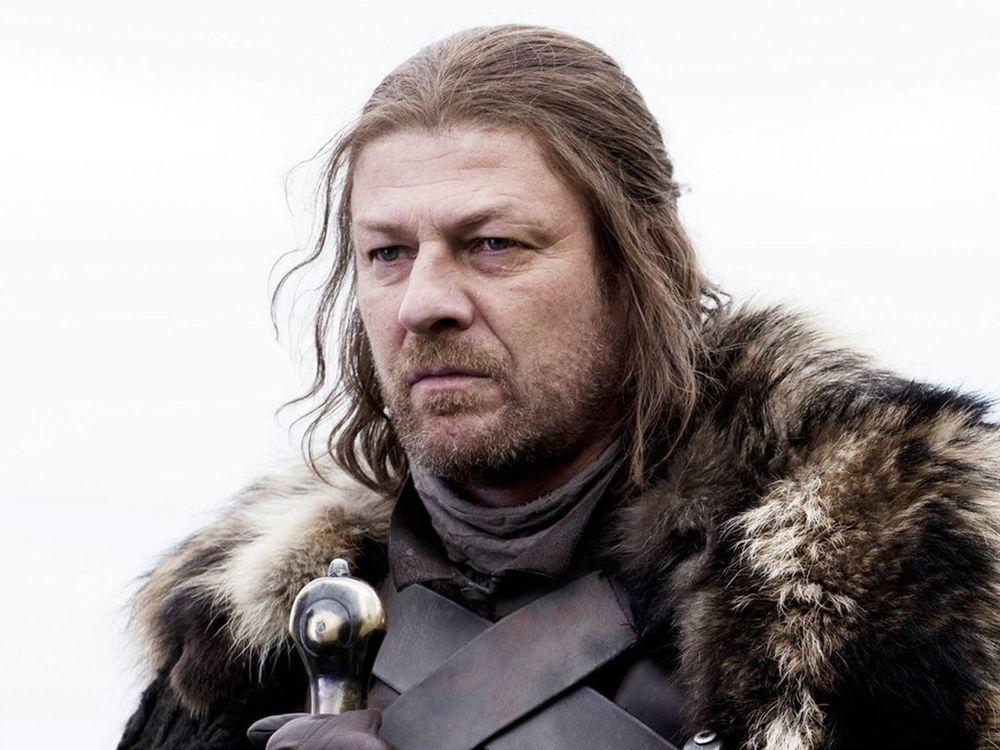 Yes, we all saw poor Sean Bean get his head taken off way back in Season One, and it would be a twist of Shyamalan-esque proportions to suddenly retcon the Stark patriarch back into existence – especially considering his shocking early death was one of the main things that set Game of Thrones apart from other fantasy series. It doesn’t matter. According to several competing theories, the former Lord Stark either a) switched places with one of the Faceless Men prior to his execution, b) sent his consciousness into a bird, or c) is the Night King. Which… a) no, b) please no, and c) come on. 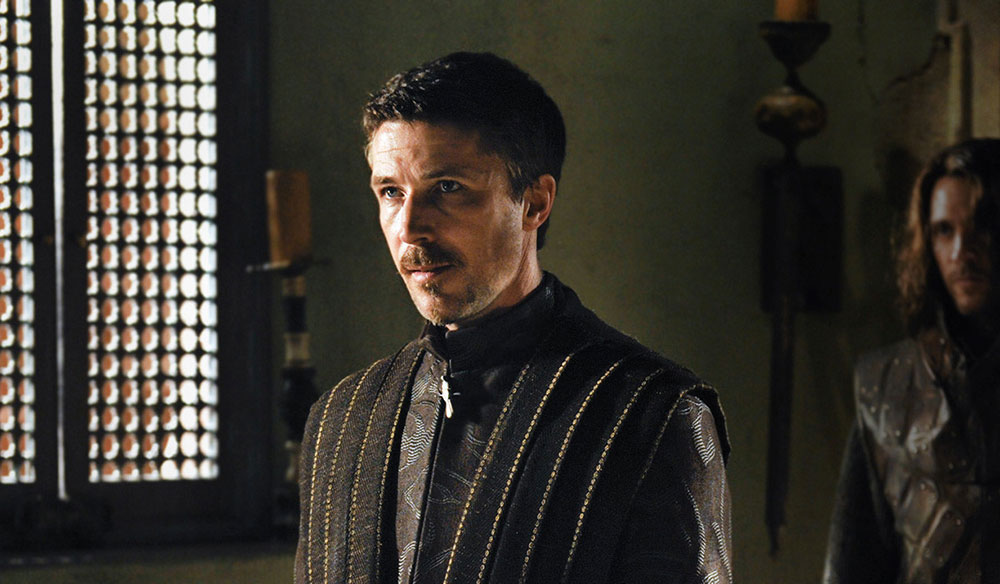 Not only is Lord Baelish not actually dead, he too was swapped out for a Faceless Man, and is going to turn out to be the key to defeating the White Walkers. Somehow. Because, sure, why not?

Bran is the Lord of Light 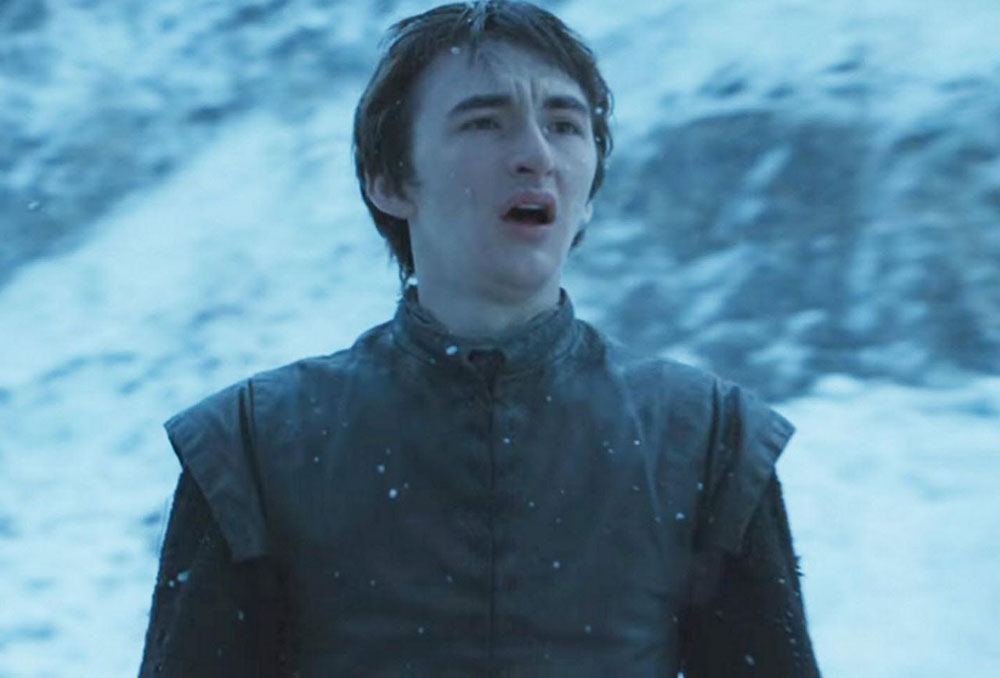 Thanks to his (extremely narratively-convenient) ability to see the past via flashback and hijack the minds of other living creatures – Hodor! – some have suggested that, after a serious miscommunication with the Mad King over the meaning of “burn them all,” the newest Three Eyed Raven finally figured out the best way to get people to do your bidding without turning their brains to mush is by speaking to them via fire. Which, actually… nevermind, I kind of buy this one.

Bran is the Night King

This theory’s popular enough to have gained traction outside Reddit, and works off the same general principle as the last one: in trying to stop the Night King, Bran accidentally becomes him. Which I guess is more satisfying to people than the significantly-more-likely possibility: that Bran’s just a handy vessel for the show to dump out a bunch of exposition it wouldn’t otherwise have an easy way to bring up (like revealing the secret behind Jon’s real parents).

Sam is the Prince That Was Promised 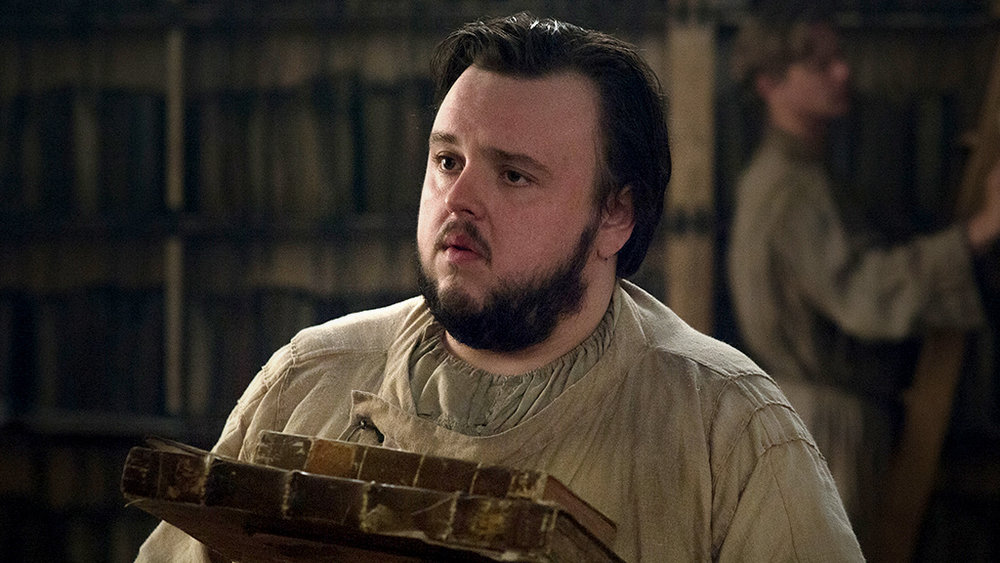 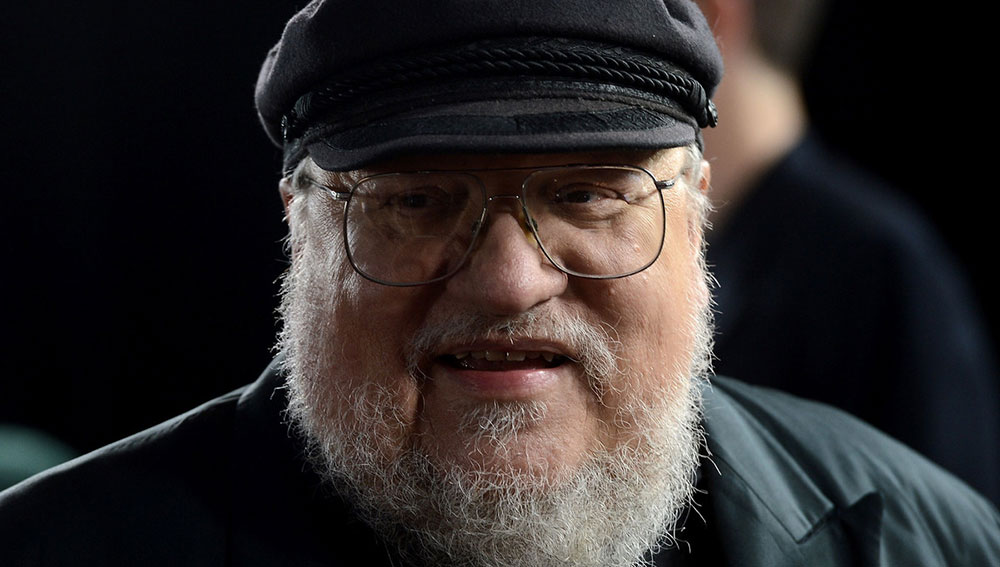 Pretty much anyone who’s ever seen an episode of Game of Thrones immediately gets that the character of Sam – a kindhearted, heavyset nerd whose love of reading could prove the key to winning the war against the undead – is clearly supposed to be an author surrogate for Martin. But what this theory presupposes is… Samwell Tarly is literally Martin, belatedly recapping the story for us after having learned the secret of immortality. Or in other words, it’s taking Martin even longer to finish this damn series than we ever thought.

Varys is the Prince That Was Promised (also, a merman)

Apparently this one leans on evidence from the books, which I’m not really interested in rehashing because it’s patently ridiculous. Essentially, it posits that the Spider’s big plan is to melt the Wall in order to flood the Seven Kingdoms, leaving him sitting atop – or I guess floating atop? – the Iron Throne. Really. 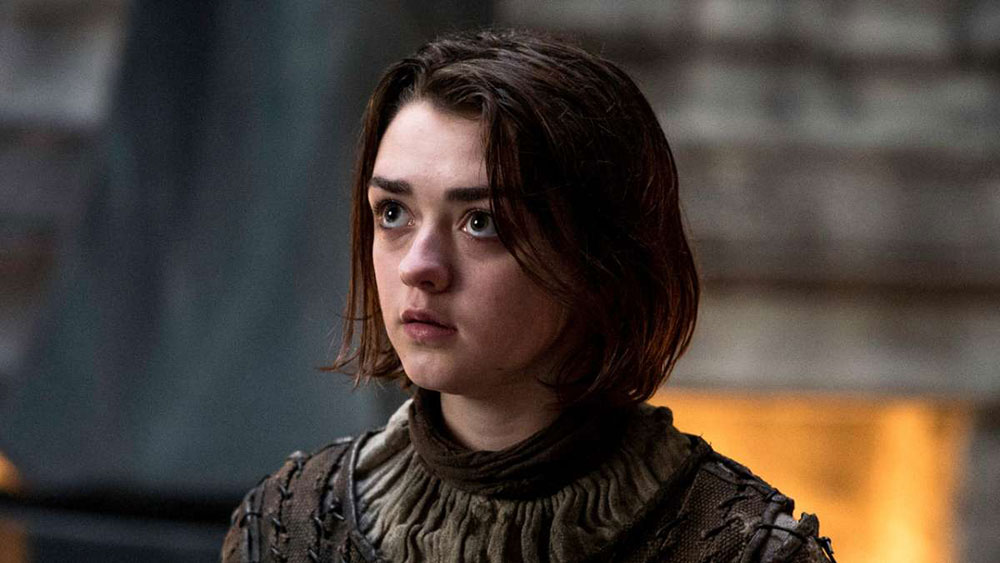 At the rate these theories are going, by the time we reach the finale, every character will either be revealed as a secret Targaryen, possessed by Bran, or someone wearing a Faceless Man mask.

An army of direwolves is going to save the day 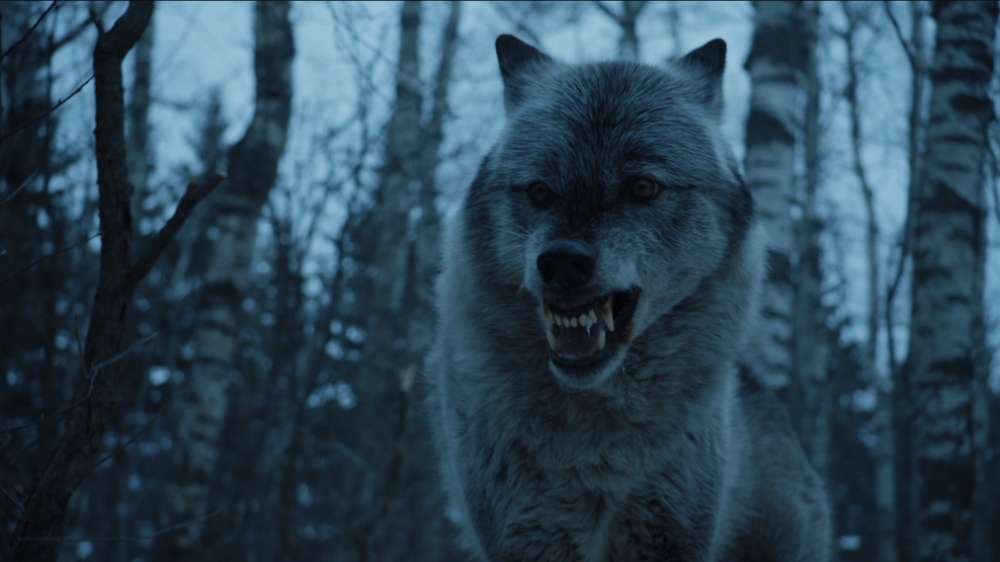 The cavalry arriving at the last minute isn’t a totally out-of-left-field way for the big war to end, considering it’s happened in basically every other major battle on the show to date. But this one states that Nymeria and the rest of the Starks’ missing wolfpack are going to be the army that turns the tide. Here’s hoping.

An army of baby dragons is going to save the day 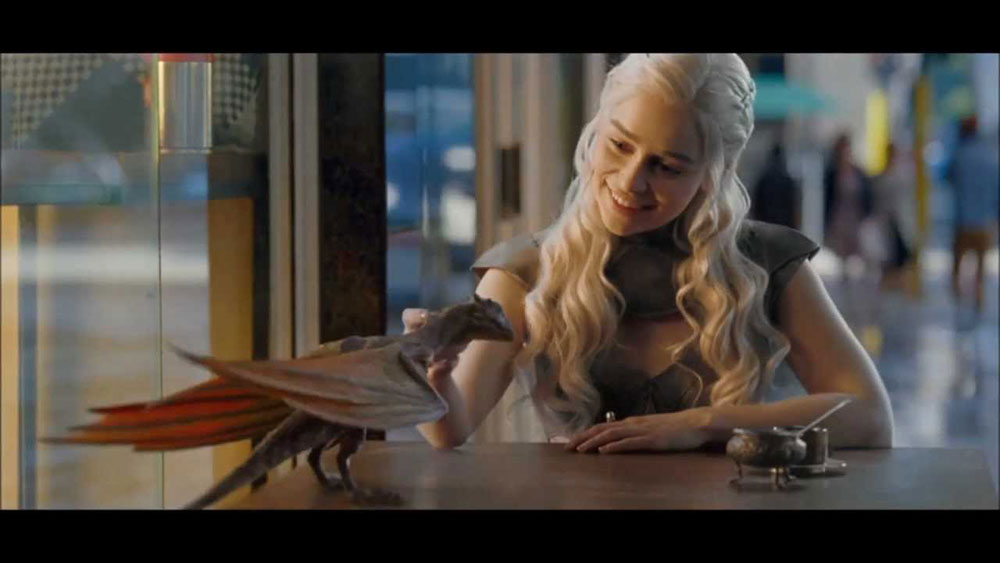 Supposedly there are more dragon eggs hidden across Westeros, which Jon is going to somehow awaken… leading a squadron of tiny baby dragons against the Night King. Which, honestly? Sounds adorable. And pretty rad. Sign me up.

The Night King is going to save the day 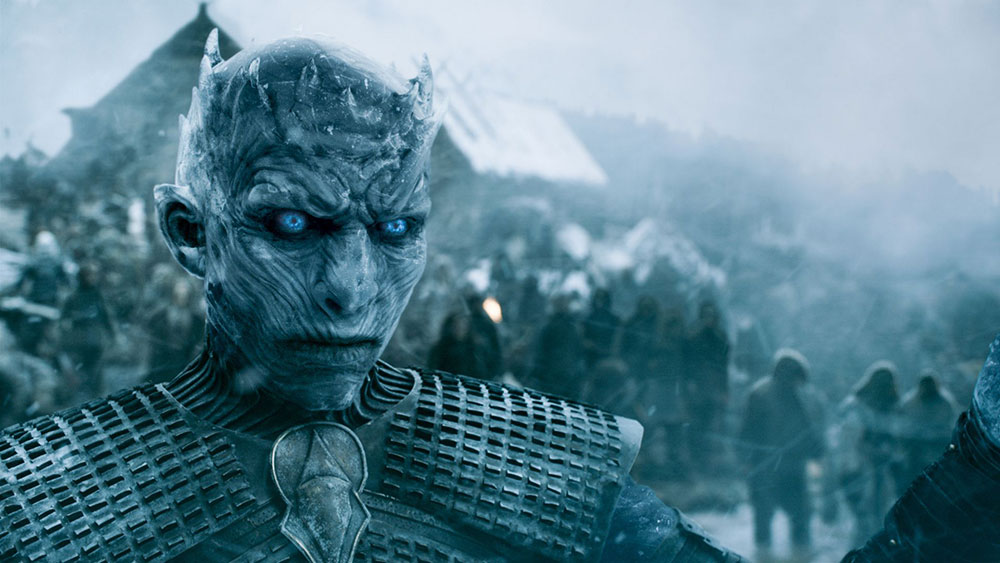 The White Walkers aren’t evil, they’re just misunderstood. And they came back to stop Daenerys and her dragons from going full Mad Queen. Or to stop Cersei from doing the same. Whichever you prefer.

The Night King wins the game of thrones 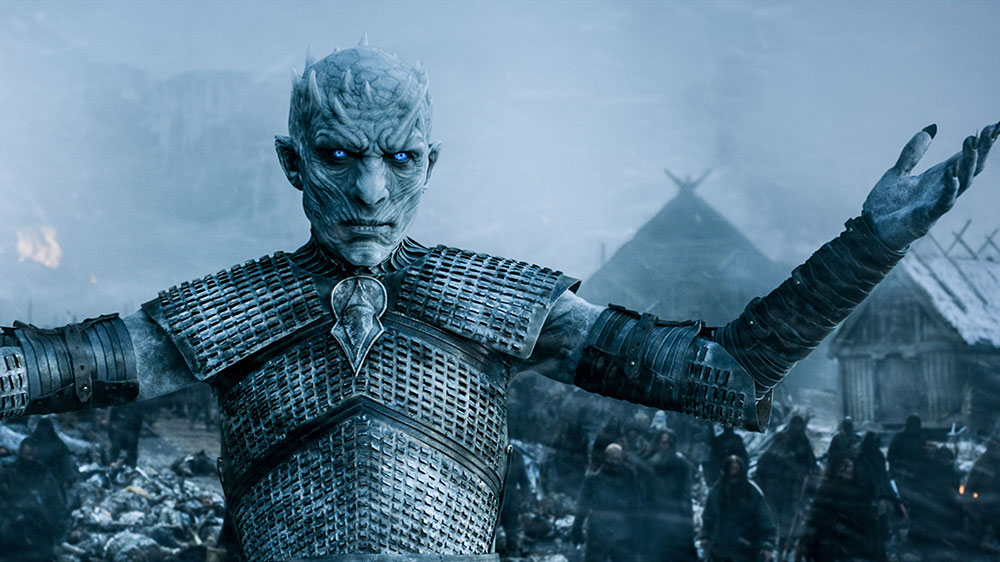 The thinking goes like this: Martin notoriously loves shocking audiences by upending classic fantasy genre conventions, and what could be more shocking or unconventional than having the bad guys win? I have a hard time buying that HBO would let their current marquee series end on such a downer, but then again, I never believed Trump would become President either, so I refuse to count this one out.

It was all a dream 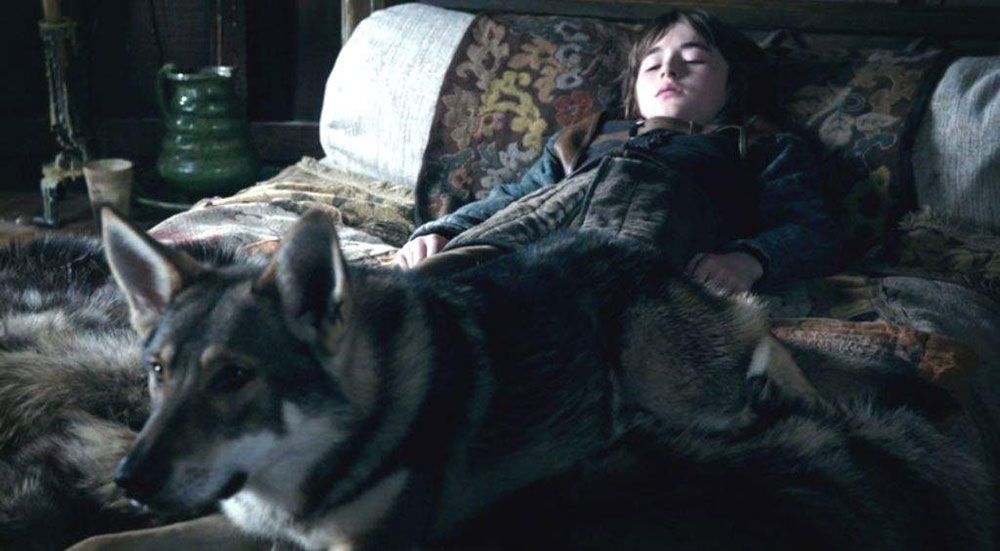 And the whole series has just been Bran in a coma after falling at the end of the very first episode. Or: Martin and HBO spent eight years and untold millions of dollars on the most elaborate troll of all-time. 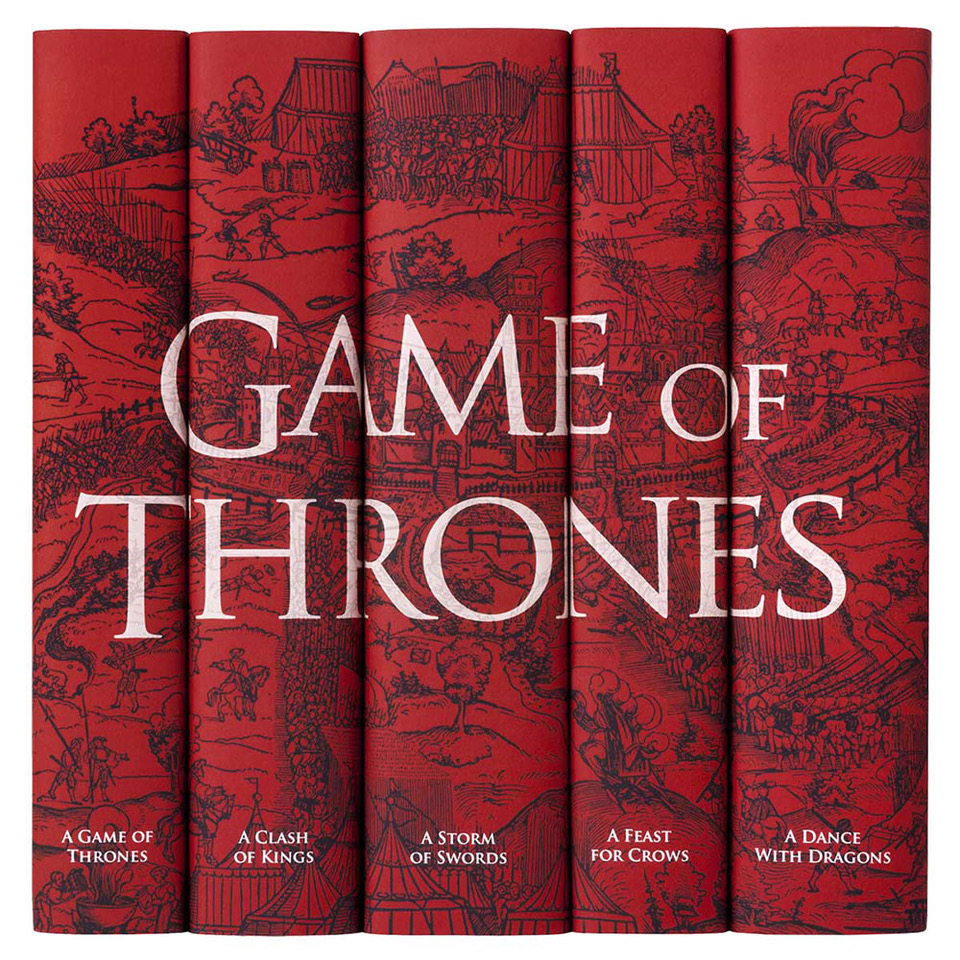 Hahahaha. Sorry. Just let me—ahhahahaha. You know what? Maybe the Varys merman thing doesn’t sound so crazy after all.