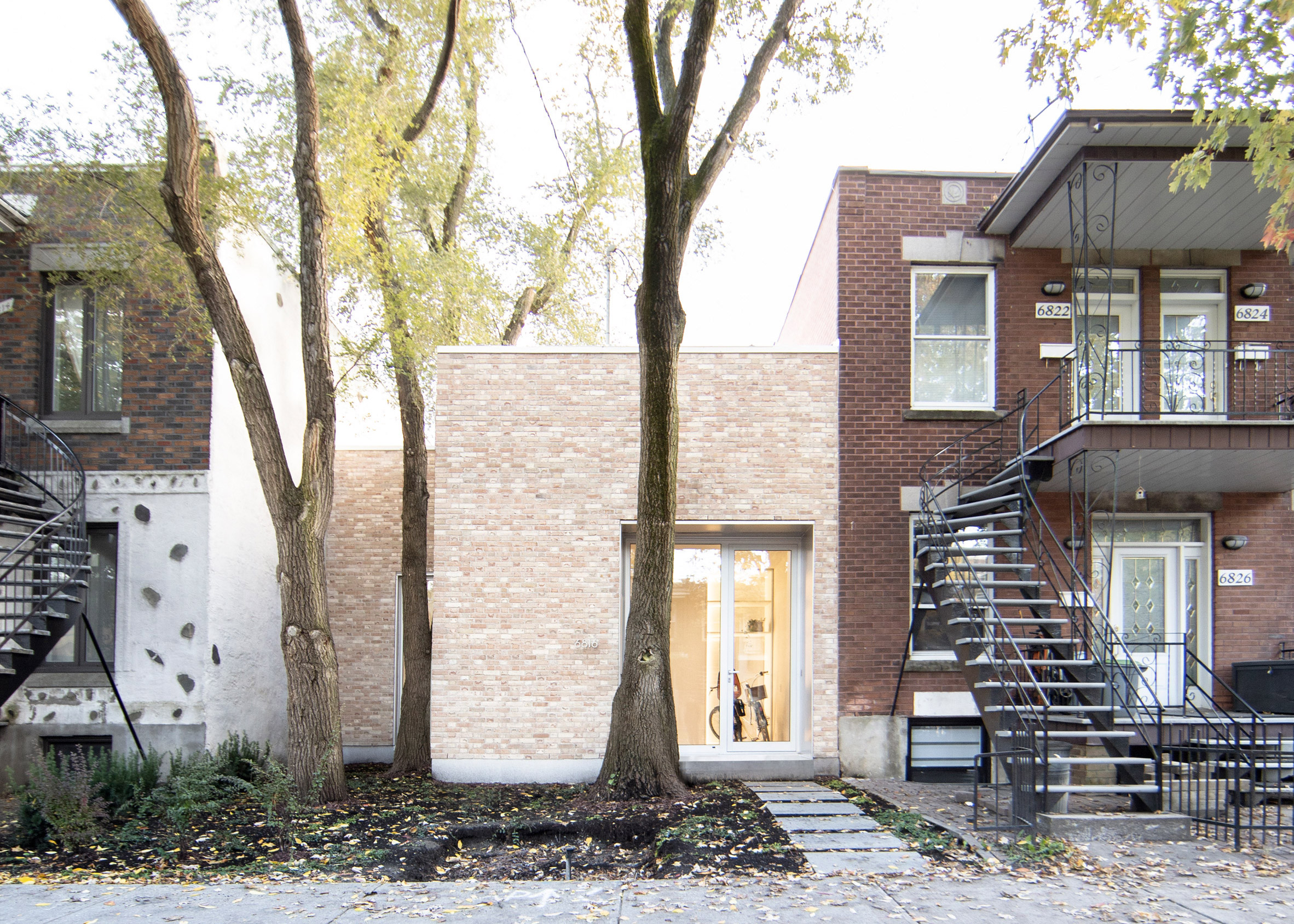 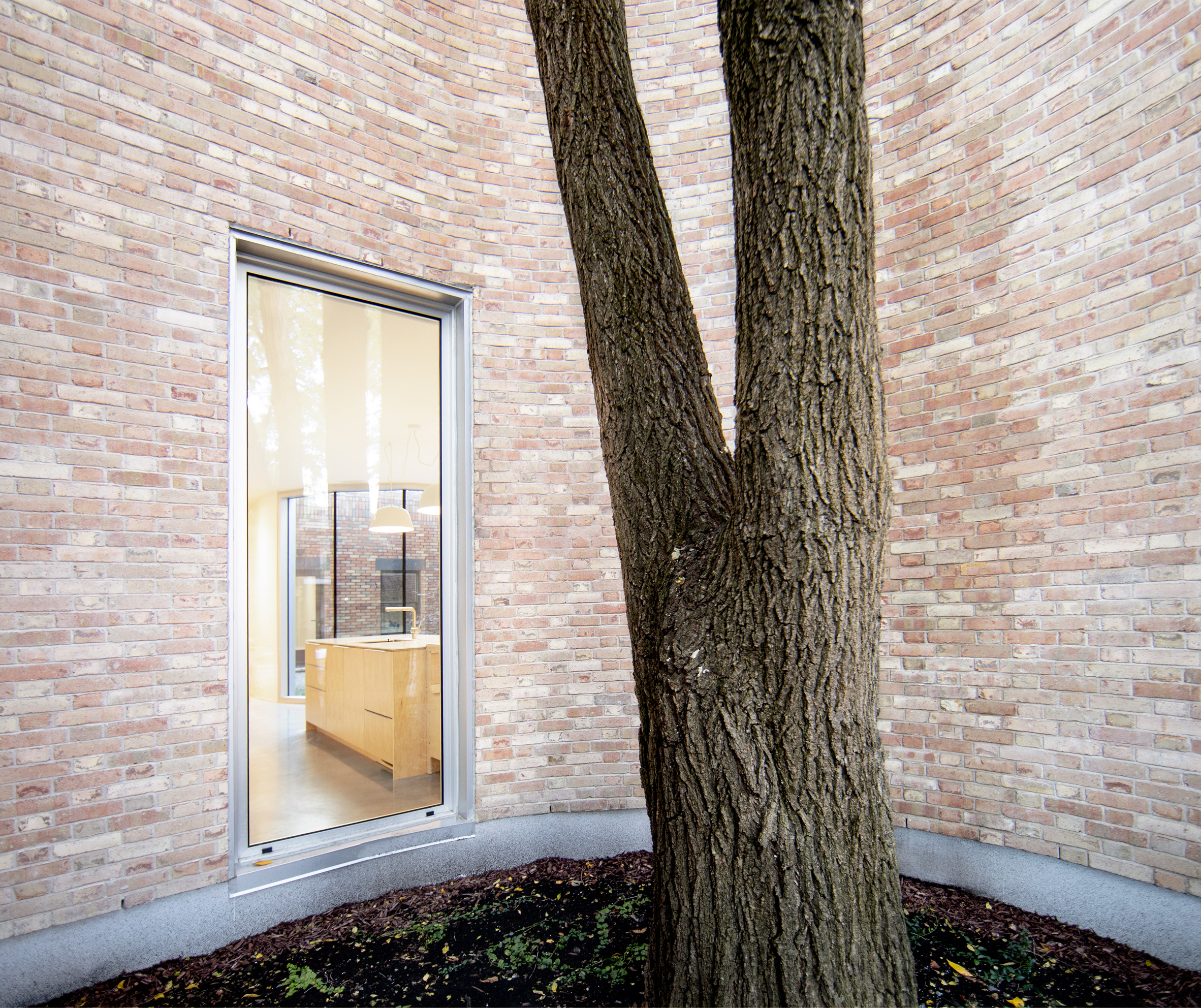 Tom Balaban Architect (TBA) designed the extension for the house to both connect and contrast with the original structure, which is known as a shoebox home.

These dwellings were erected in Montreal in the early the 20th century in tandem with the development of the tramway system, but over the decades they have been replaced with low-rise, multi-unit apartment buildings. 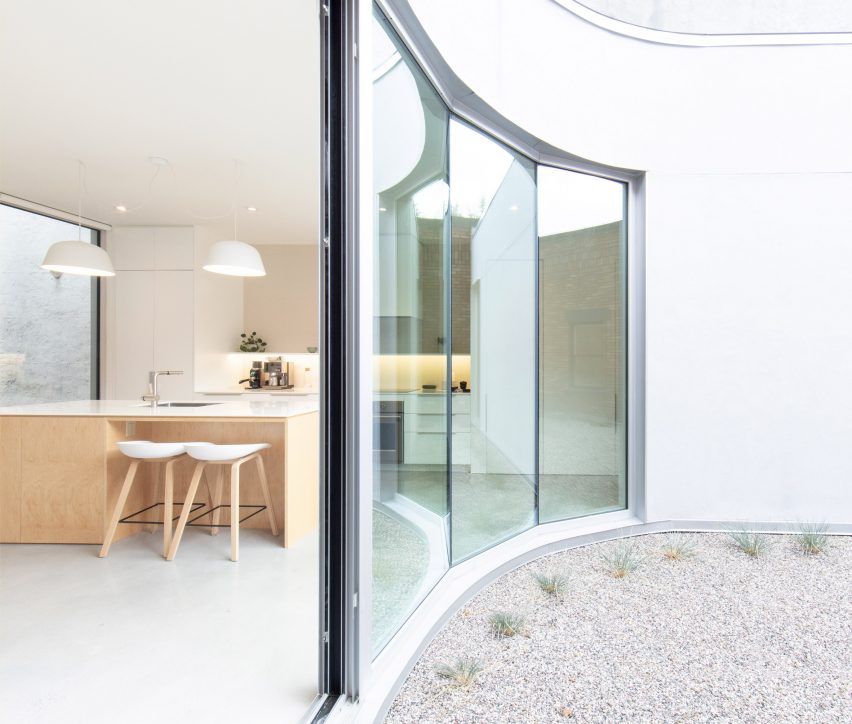 Recently, however, regulations have been put in place to retain such homes and TBA's project joins this movement.

"DeNormanville is part of the first wave of protection-era additions exploring new avenues for a more modest transformation of the city's ubiquitous one-storey typology," TBA said.

"The modest flat-roofed, single-storey boxes were built as starter homes, often measuring no more than 600 square feet (55 square metres) in area," it added.

"The shoebox was usually a self-build, designed to be expanded upon in a piecemeal fashion as need and money arose." 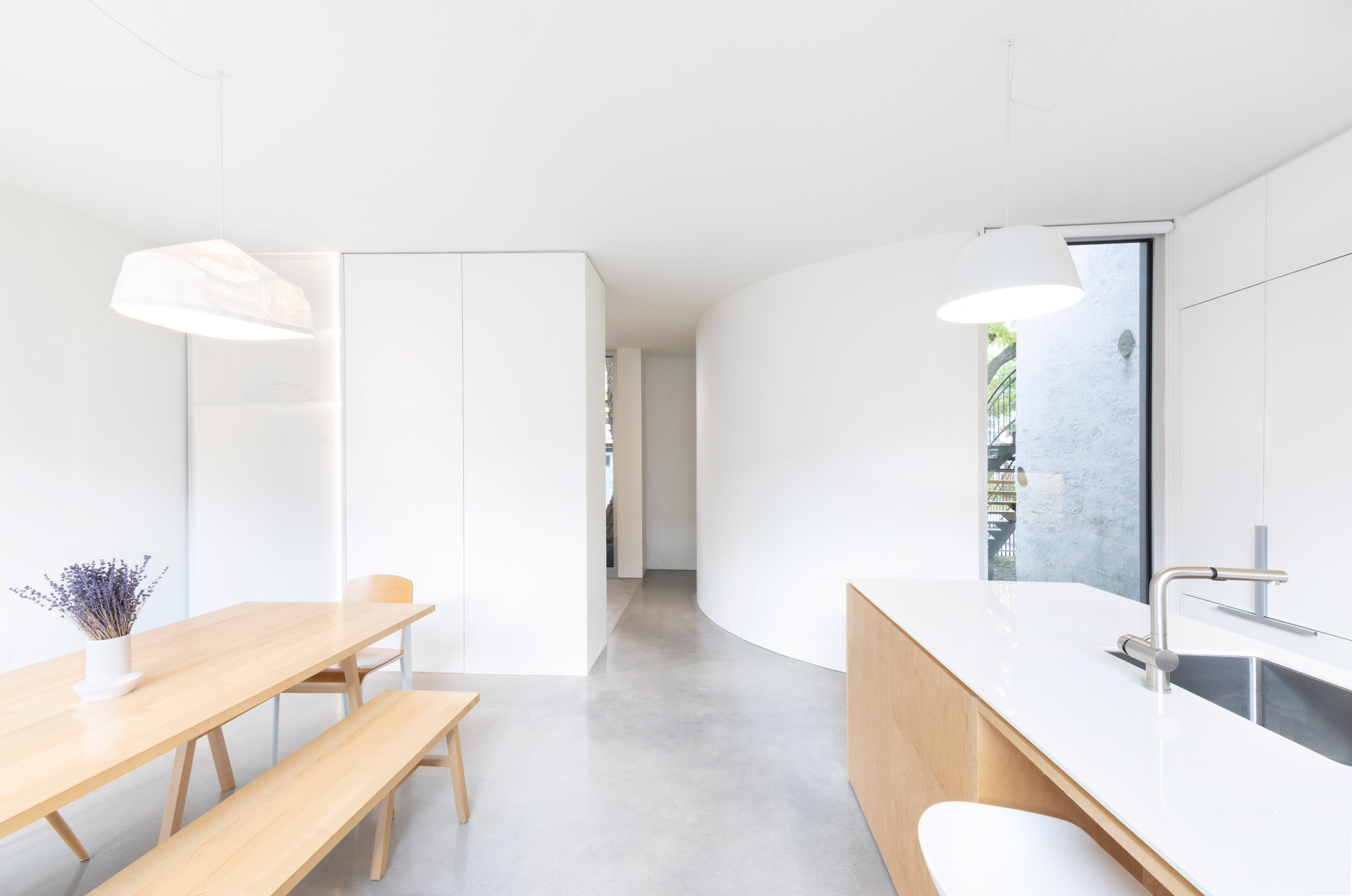 TBA built the addition close to a street, concealing the traditional home in the rear. It is designed around the property's mature Siberian elms, and features a glass front door that accesses a foyer and an open-plan kitchen and dining room. 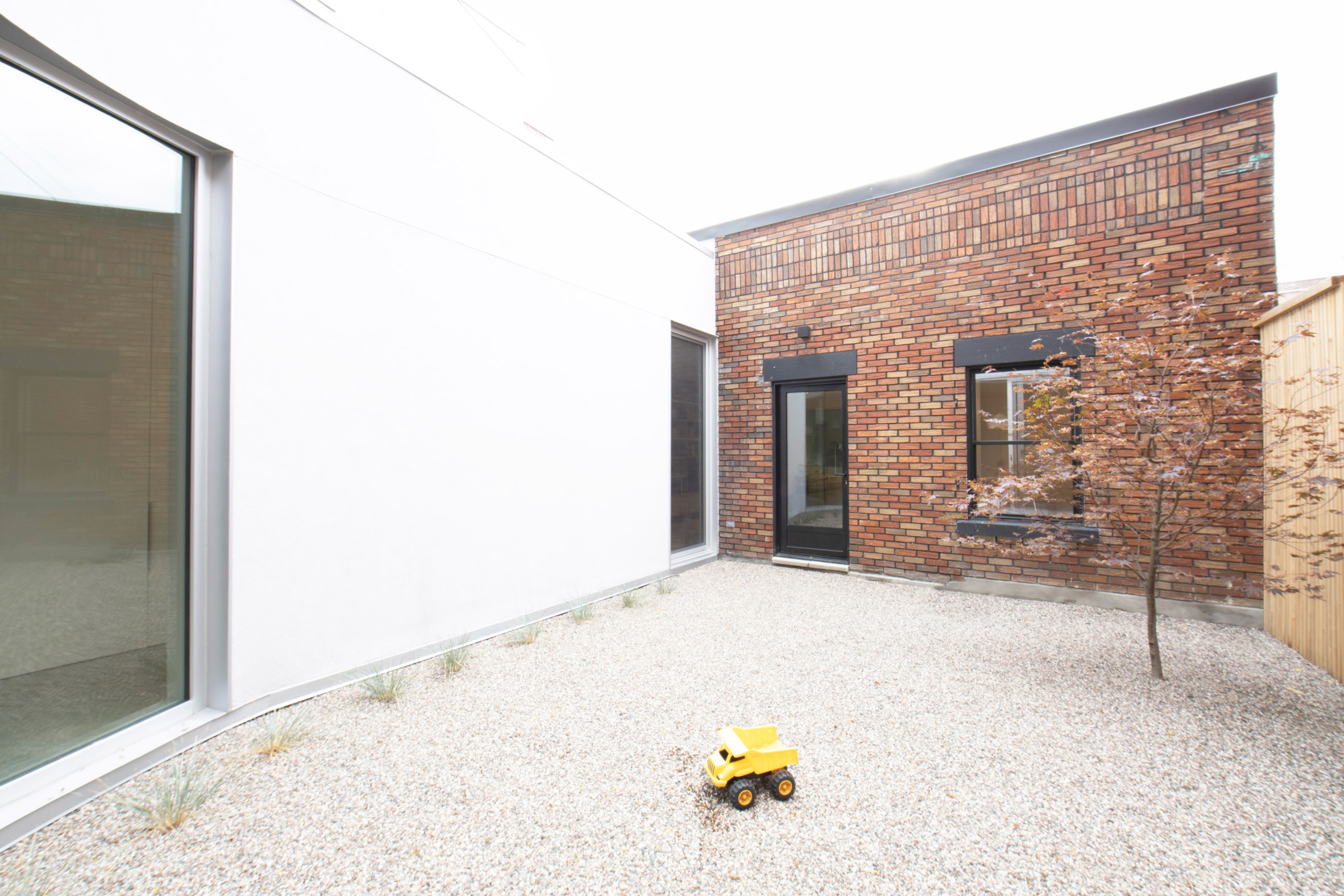 A corridor acts as the structural spine of the addition linking to the original home, and contains a bathroom, storage and laundry.

In the rear of the property, where the original home is located, are a living room, two bedrooms, a bathroom and a separate entrance. 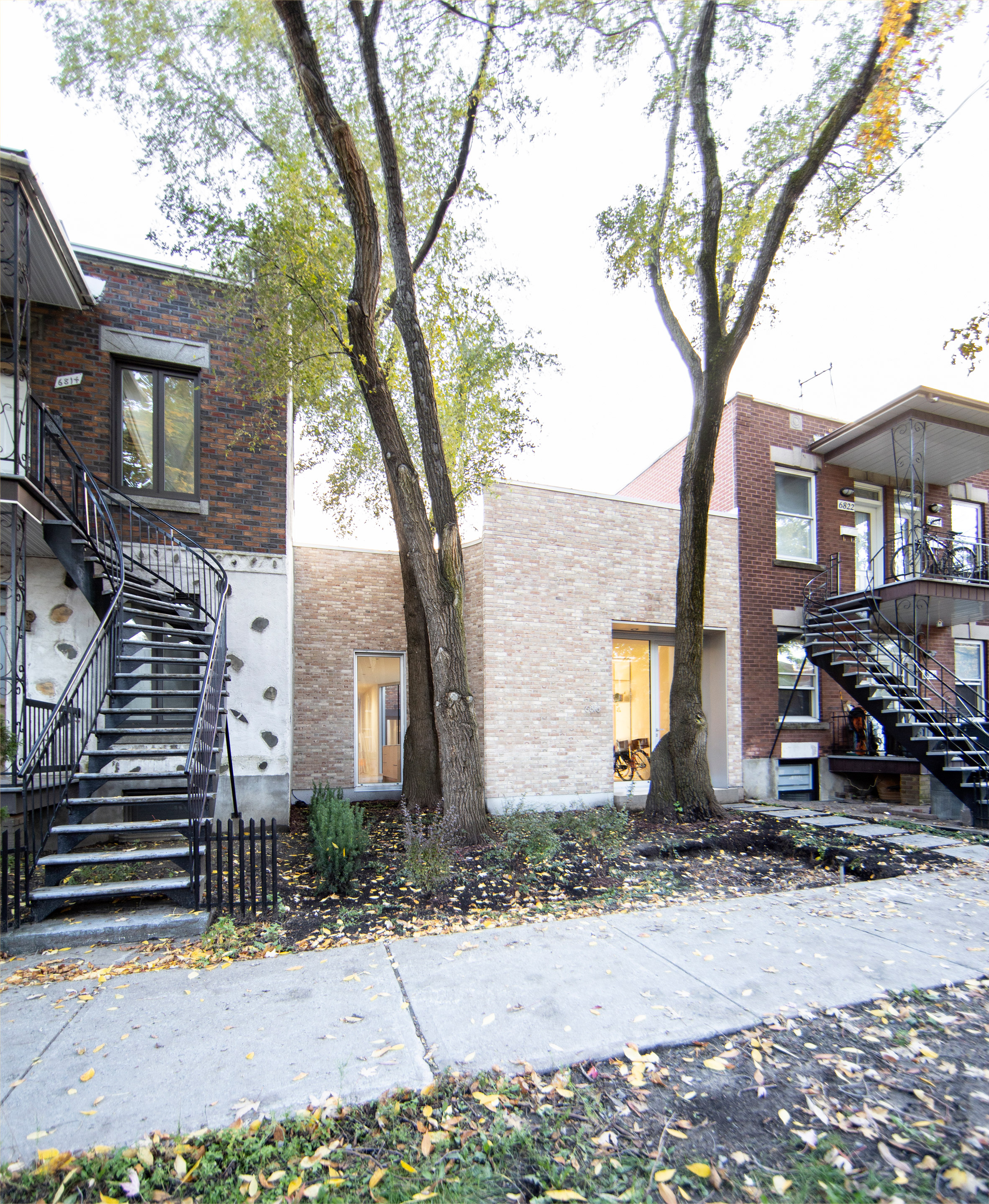 "The goal was to conserve not just the existing house but also the single storey topology," TBA added. 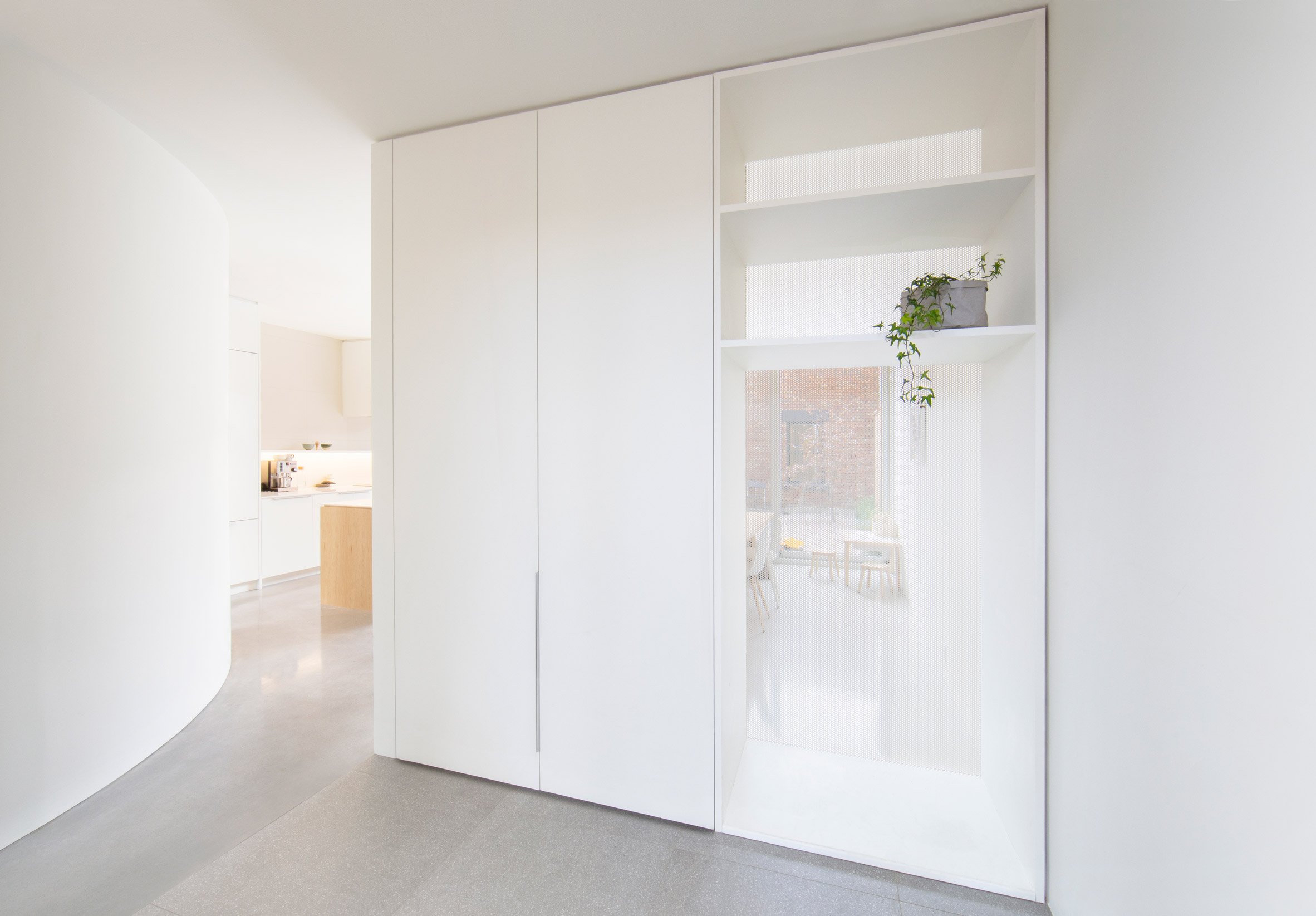 Large portions of glazing offer a connection to both the front garden and courtyard, including a rounded glass wall that accesses a pebbled courtyard in between the old and new structures. A glazed wall within the home also offers a view from the entry to the enclosed patio.

Montreal is host to a number of home renovations by local studios, including a Victorian townhouse revitalised by Michael Godmer in the city's Outremont neighbourhood.

Others are Appareil Architecture's Du Rocher Residence and Hampstead House by Robitaille Curtis, both of which were built in the 1960s and have received a new lease of life.

Photography is by TBA. 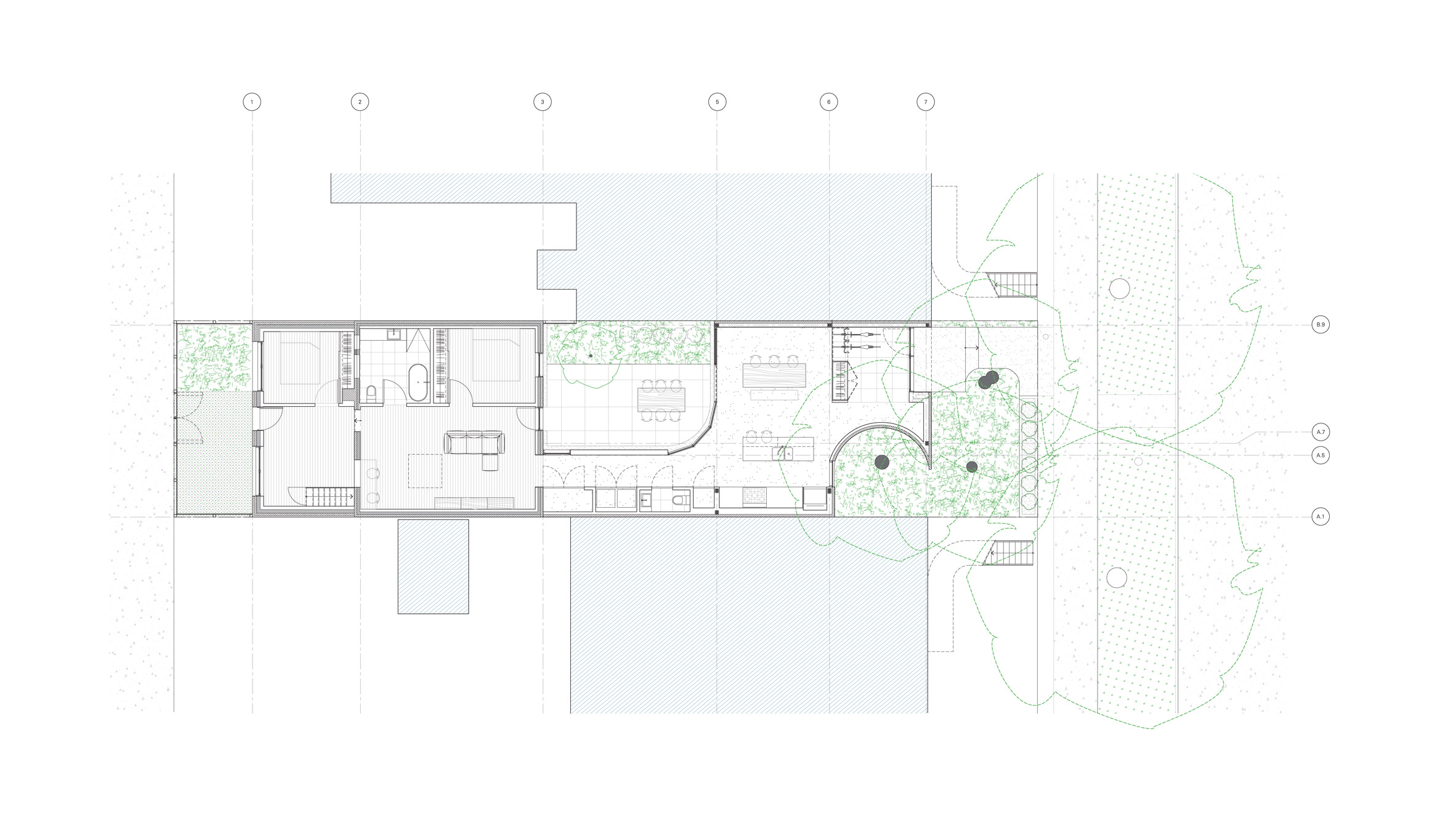 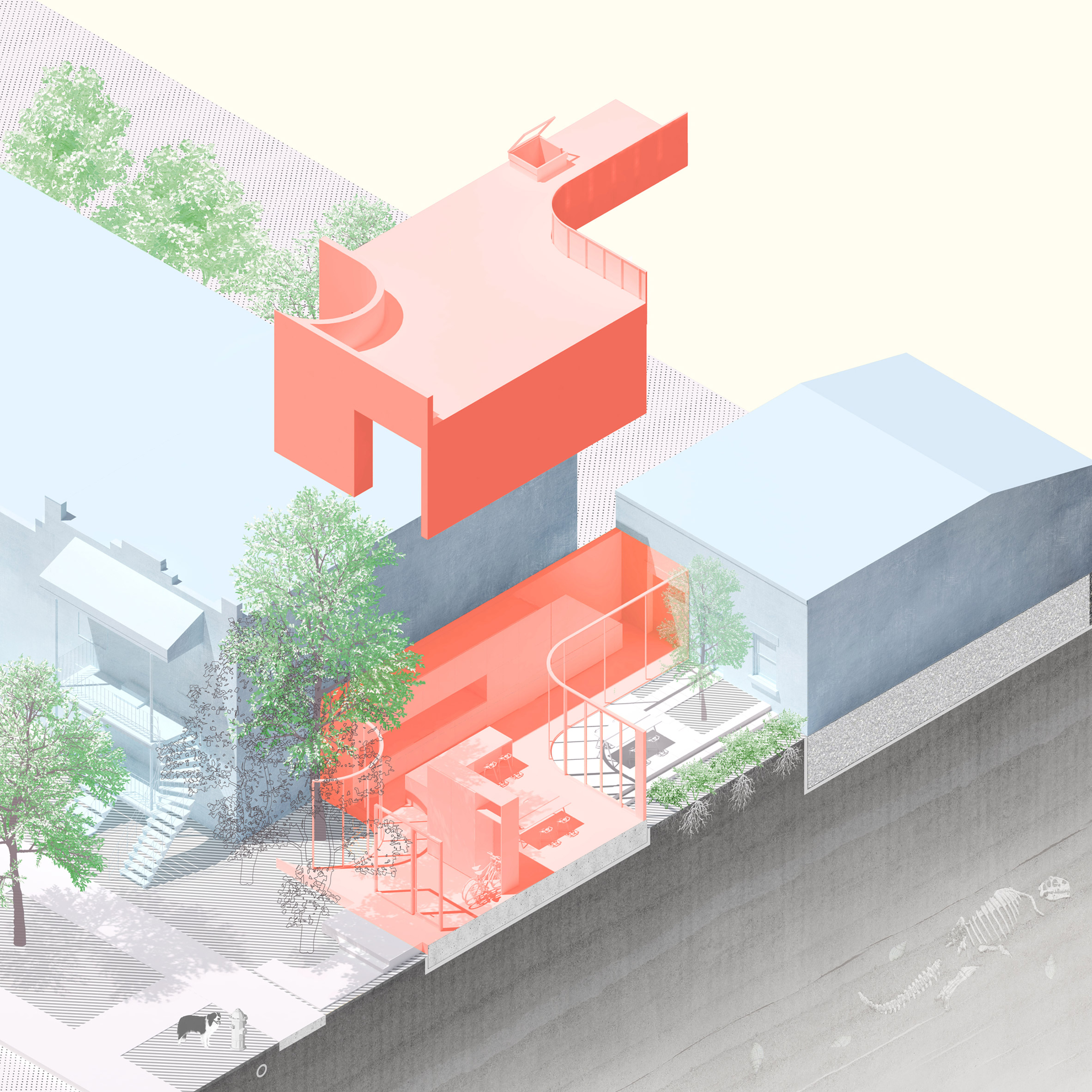 No, Really – You Need To See Inside This Gorgeous Echo Park Home