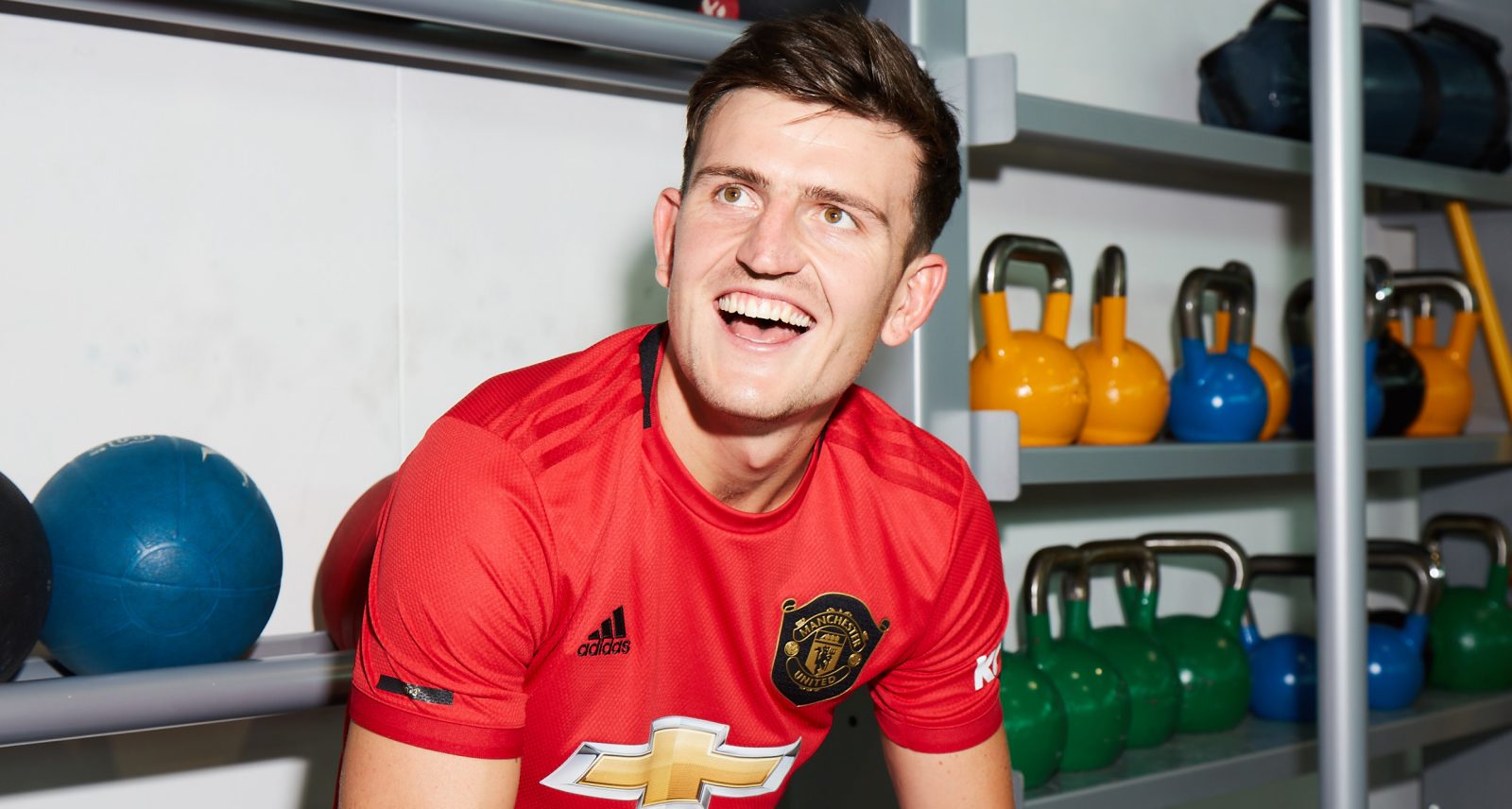 For the first time in history, teams in the English Premier League have had to complete all of their incoming player signings before a single ball has been kicked. Ahead of the 2019/2020 season, the 20 teams who compete in the most watched soccer league in the world had until August 8, the new Transfer Deadline Day, to finalize all player acquisitions.

As a result of massive TV broadcasting deals, matchday ticket revenue, player sales, filthy rich sugar daddy owners, and other (increasingly shady) alleyways to generate funds, it is status quo for Premier League clubs to spend hundreds of millions of Pounds Sterling on new talent to bolster their rosters every summer — and this was no different.

Now that #sillyseason is over and clubs are forced to make-do with the squads they have until the January window opens, here are the top 10 most exciting signings made by Premier League clubs this summer. Last year Liverpool set the world record transfer fee for a defender when they agreed to pay Southampton a reported £75 Million for Virgil van Dijk. While highly questionable at the time, most would agree he’s proved worthy of every penny of that fee since. This summer, van Dijk’s mammoth record fee for a defender has been broken by Man United, one of the world’s most recognizable, marketable, and richest organizations in world sport, for Leicester City’s Harry Maguire.

A price tag that large comes with a huge amount of pressure and expectation despite the crazy transfer market of today, which the England international will hope to squash at his new club. It would come to my surprise if even one of the world’s biggest clubs didn’t have Tanguy Ndombele on their transfer shortlist after his dominant and inspired performances for Lyon and the French national team last year. But it was Champions League runners-up Tottenham Hotspur who were able to convince Ndombele of their project this summer and splashed big cash to smash their previous transfer fee record and bring the 22-year-old midfielder to London.

While Ndombele stands at about 6’-tall and is built like a brick shithouse, his technical skill on the ball, passing range, and shooting abilities make him pretty much the complete box-to-box midfielder. Spurs have a gem on their hands here. After losing to London rivals Chelsea in the Europa League final last season, which cost Arsenal a spot this seasons more prestigious Champions League, most Arsenal fans understood the financial ramifications of another season out of Europe’s elite competition, and thus on their transfer budget this summer.

Therefore it came to everyone’s great surprise that despite not earning a hefty sum in Champions League TV money, they went out and bought one of Europe’s most exciting and talented wingers in Nicolas Pepe. Almost any team in the world would be thrilled to have the Ivory Coast international join their club after his 22 goals and 11 assists for French club Lille last season, making this transfer for Arsenal a major coup. Dynamic and electric with pace to burn and skills to bamboozle defenders everywhere, soccer fans of any allegiance will be intrigued to see how Pepe fares at his new home. It’s been a relatively quiet transfer window for reigning Premier League Champions Manchester City this summer, despite being bankrolled by a seemingly endless supply of money from their Emirati royalty ownership. One position they’ve been looking to reinforce over the past few transfer windows has been in Defensive Midfield, as their previous starter in the role, Fernandinho, is starting slow down at his ripe old age of 34.

Rodri has made quite the name for himself at his previous club Atlético Madrid, as well as for the Spanish national team, and is generally seen as the next big thing in world Soccer for his position. After a transfer saga that seemed to go on all summer, Tottenham have finally landed their man. Spurs have cunningly sidestepped added fees associated with contractual sell-on clauses as a result of Lo Celso’s transfer from Paris Saint Germain to Real Betis last season by opting to take Lo Celso on loan this year. However with an option to buy for £55 Million clause tacked onto the deal, it’s practically a matter of time until the full purchase is made official so Betis can pay PSG a smaller cut of the sell-on clause.

The silky central midfielder from Argentina will add a lot of flair to Spurs’ already strong midfield. Spurs fans can expect dynamism and creativity from their new midfielder, with an eye for a defense-splitting through ball or a wicked long-range shot. Alongside fellow Englishman Harry Maguire, United have secured defensive signing Aaron Wan Bissaka, the 21-year-old Right Back who made waves within the Premier League last season for London-based club Crystal Palace. Wan Bissaka is known for his tough tackling, rapid pace, and at just 21, his projected high ceiling.

After having to deal with an aging, one-dimensional Antonio Valencia and generally disoriented Ashley Young in the Right Back position over recent years, Old Trafford’s nickname The Theatre of Dreams has been a bit more like The Theatre of Memes, especially at the back. Wan Bissaka looks almost certain to be a success for United over the next few years however, especially given his performances for the Red Devils this preseason. The red side of Manchester aren’t the only ones looking forward to showcasing a new Right Back on their team. Manchester City’s player-plus-cash bid saw Brazillian defender Danilo head to Turin in a swap for the Portuguese João Cancelo from Juventus. A standout player for Juve in their domestic league triumph and Champions League run, Cancelo is a player that will prove fierce competition to current City RB Kyle Walker, who has just recently signed a new long-term contract with the Citizens.

Though Cancelo’s attacking abilities, his crossing in particular, are his best attributes, he’ll have a significantly smaller forehead to aim for swapping Cristiano Ronaldo at Juventus for Sergio Aguero and Gabriel Jesus at City. Once considered the future of Juventus’ attack, Moise Kean spent much of last season with The Old Lady struggling for playing time, but when you’re competing for minutes with one of the game’s greatest ever players in Cristiano Ronaldo, its not so much a mark against your talent as much as the logical decision to be made. Still, Kean showed what he’s got in his locker for multiple times for Juventus and Italy when given chances last season, and Juve will be very sorry to see the back of such a quality young player.

At 19 years of age and with a ceiling potentially higher than most people know, Kean will have a big point to prove at his new club. All signs point to this being a great bit of business done by Everton, who will be hoping to break into the Prem’s ultra-competitive top six this season. Despite Chelsea being slapped with a two-window transfer ban by FIFA as a result of two regulatory transfer infractions, they still managed to conduct a tidy bit of business with German club Borussia Dortmund during the January transfer window last season. Before legal rulings stopped Chelsea from spending any of their Russian billionaire’s totally clean, legitimately earned money, the club secured the services of their new all-American wonderboy, Christian Pulisic, who will make his competitive Chelsea debut this season.

Occasional captain of the USMNT and 20-year-old starlet, Pulisic will have some enormous shoes to fill however, as he is seen as the (at least intermittent) replacement of Eden Hazard, who sealed his dream move to Real Madrid earlier this summer for a fee that could exceed £150 Million. With an aging Nacho Monreal and defensively suspect Sead Kolasinac (albeit with a pretty decent uppercut), Arsenal have massively upgraded on their current Left Back position with the purchase of Scotsman Kieran Tierney. Despite this transfer breaking Celtic’s all-time player sale record, many believe Tierney is a bargain for £25M.

If he’s anything like his Liverpool Left Back counterpart and fellow Scottish international Andy Robertson, Arsenal fans will be in for a treat with this signing. A fantastic engine that will get Tierney from defense to attack and back again, as well as some very developed dribbling, crossing, and shooting abilities, Tierney only looks like he’ll improve on what is an already impressive skillset at just 22-years-old.