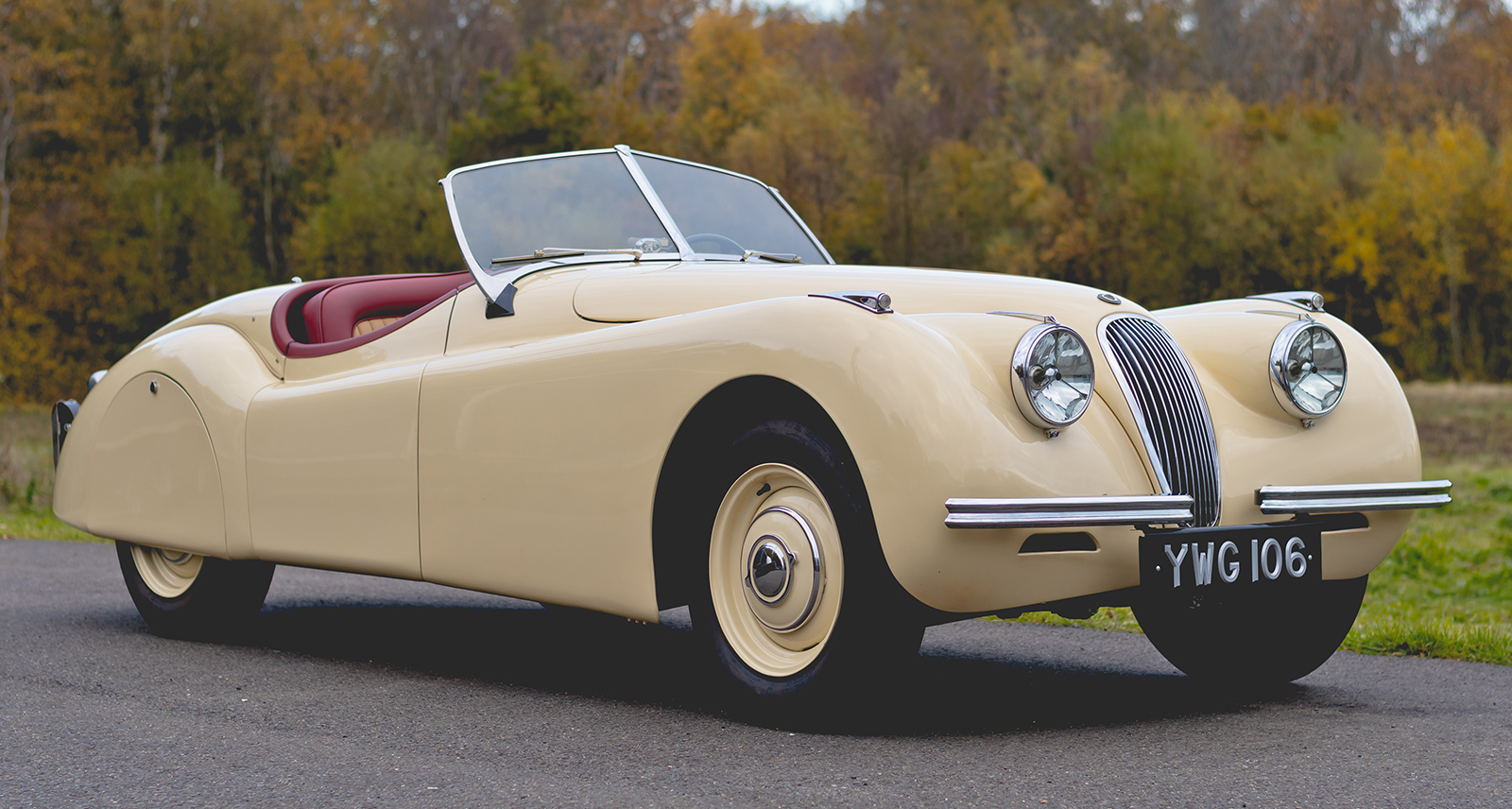 The XK Jaguar happened sort of by accident. William Lyons had a new engine to sell, and Pressed Steel, the body manufacturer, was unable to provide Mark VII bodies for it without a sizeable downpayment for tooling. Lyons wanted a sleek sports car for the 1948 Earls Court Motor Show and the XK120 was that car, with an aluminum body. The resultant demand surprised everyone, and the hand-beaten alloy bodywork took too long to produce. After 242 units the production switched to steel. 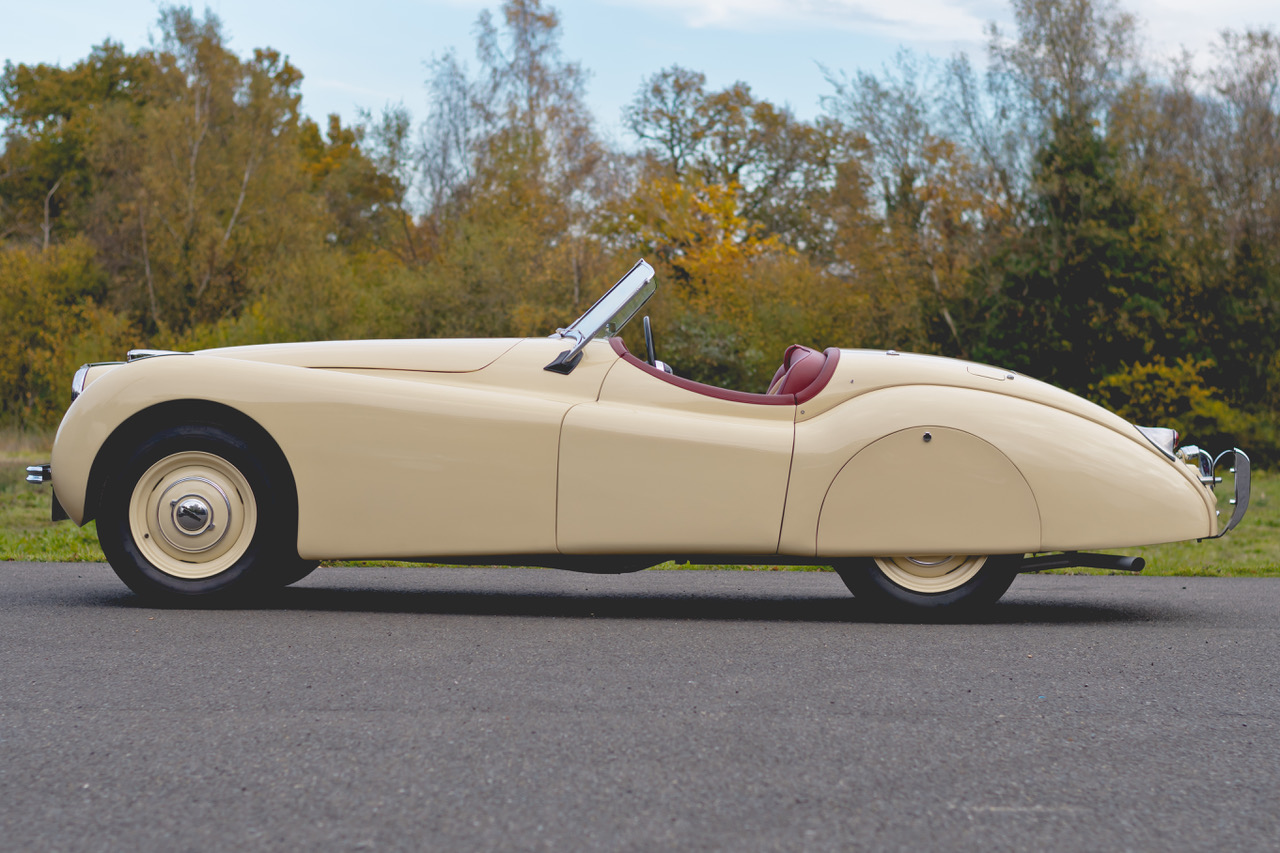 It was conclusively proved to the public, on the Belgian Jabbeke highway, that the car could really do 120 mph and more, and Ian Appleyard, the son in law of William Lyons, did very well in Alpine Rallies. The new car was an instant hit in America, with the first unit bought by Clark Gable, and helped the British marque gain a foothold on the other side of the Atlantic. The initial XK120 was superseded by the technically superior, but arguably inferior in the looks department, XK140 and XK150. Most collectors believe that the prettiest model is the earliest 1949-1950 XK120, and that the design was later watered down due to the larger engines. However, the design flair remained in place.

Early XKs, line the later E-types, were really engineered for small people, and people over 180 cm in height simply don't fit; it's easier with the later models. Early XK120s can, however, be modified to accommodate modern-sized inhabitants. In case the XK150 does not strike your fancy, try taking the bumpers off and fitting some wider wheels. The very late XK150S has the E-type engine and is especially satisfying to drive. 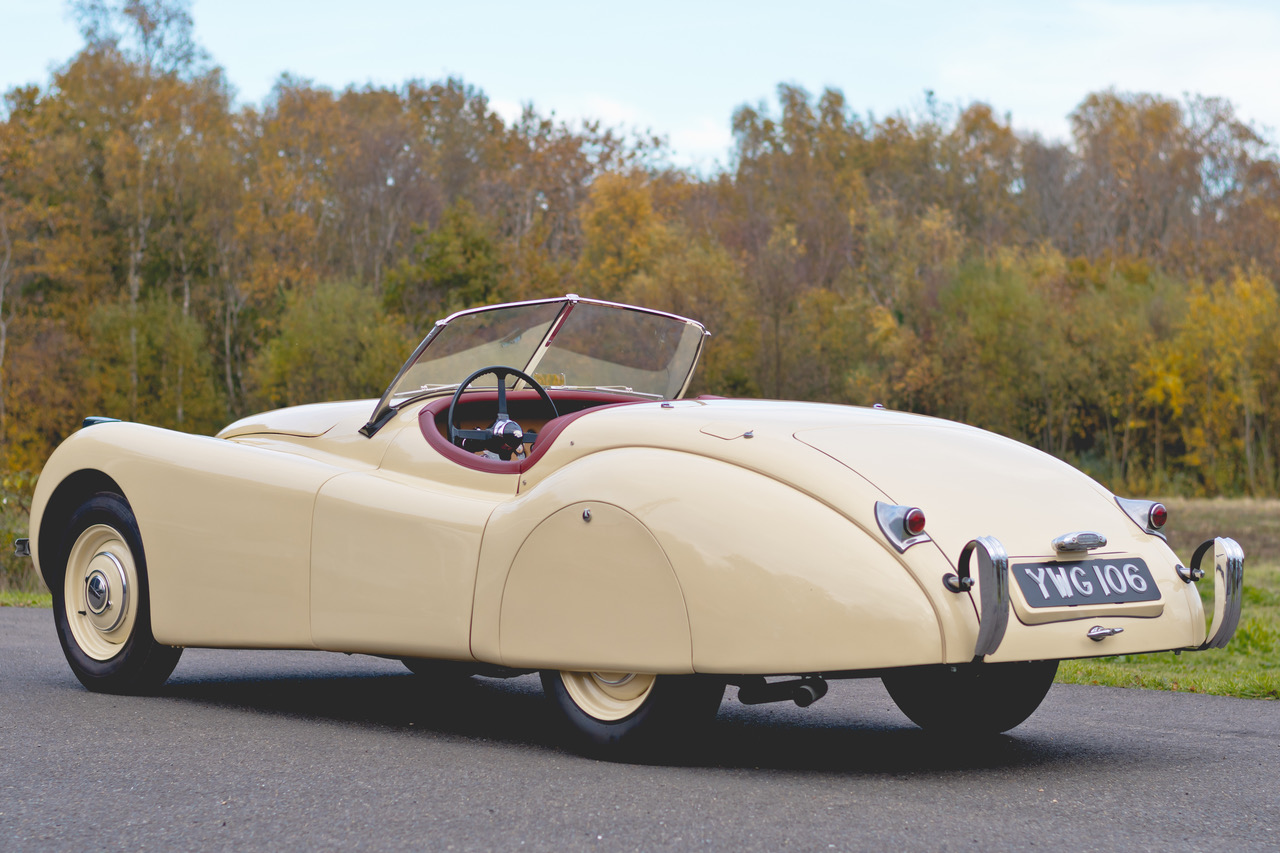 If you wish to go racing with a standard XK120, your choice is limited if you want to race under full FIA rules. The car then must have four drum brakes, the Burman steering box and 2 small SU carbs. The later models were more advanced technically, with the XK140 introducing rack and pinion steering and the XK150 bringing disc brakes. That said, specialist companies can make drum brakes work better today than they ever worked in the 1950s.

Generally, due to its construction methods, the XK is quite expensive to restore. The car in our pictures is an alloy example from 1949, originally delivered to Homburg in Los Angeles. It was restored by CKL Developments at great expense with the correct cream paintwork and the biscuit and red interior trim, and it sports several special features which were altered for later examples, like non-adjustable hood clamps, a different door handle location, and the absence of turn indicators. This particular car retains the very rare starting handle (crank) and its tool set. 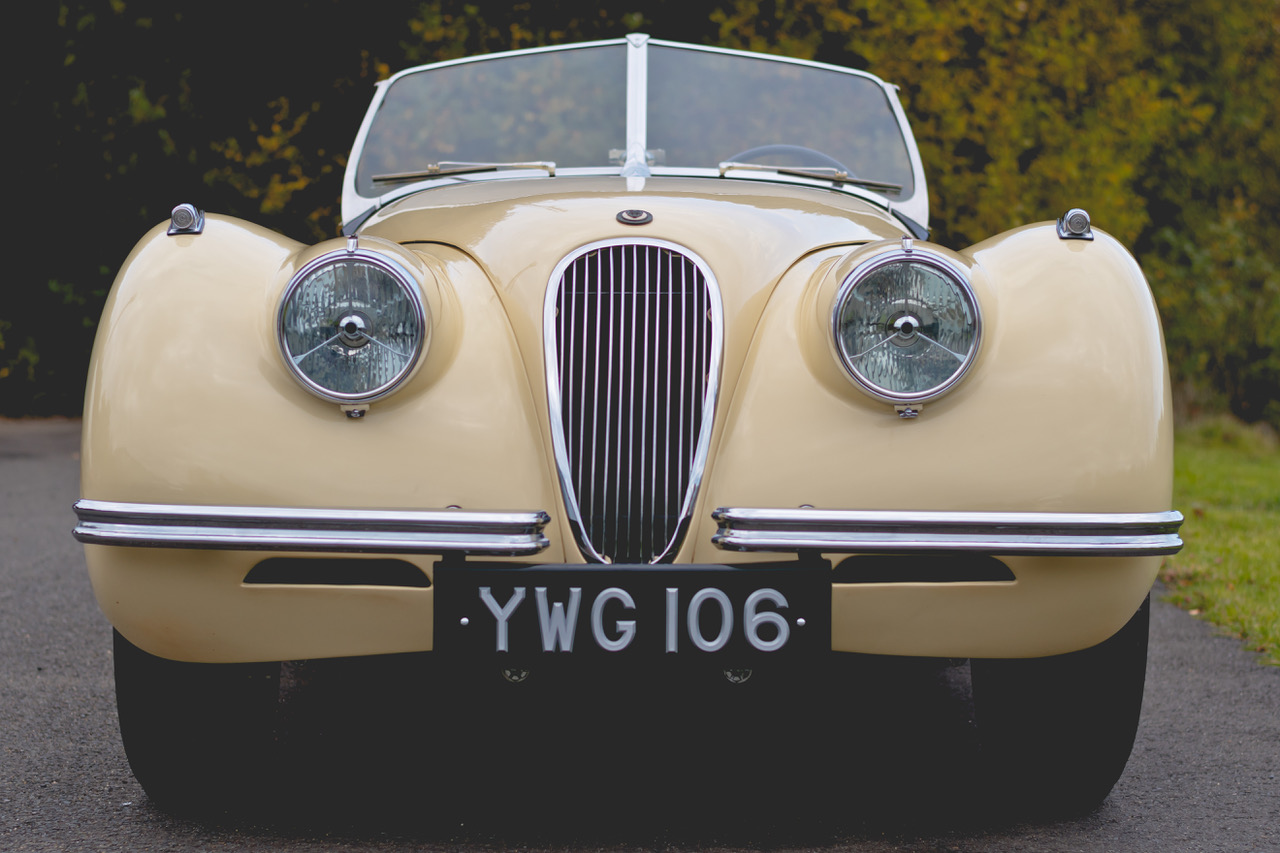 How much to pay 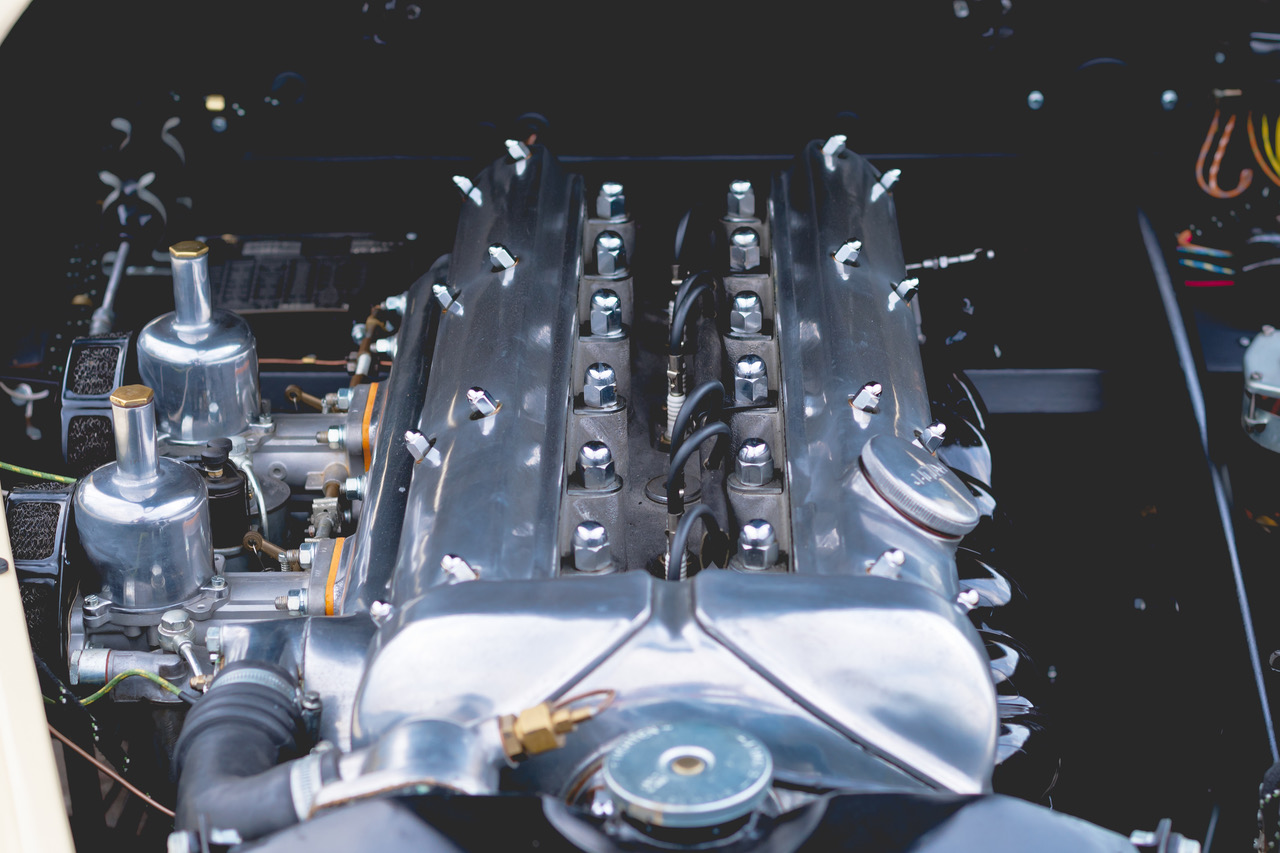 The inline six first had a capacity of 3.4 liters, in the XK150 it ended up with 3.8. It is very sturdy and tuneable for faster driving. You can actually double the output of those engines with stronger internals, bigger valves and different camshafts. Regular oil changes and the correct antifreeze concentration are essential. The cooling system must be kept in perfect shape, and installing an electric fan and an expansion tank is advisable. 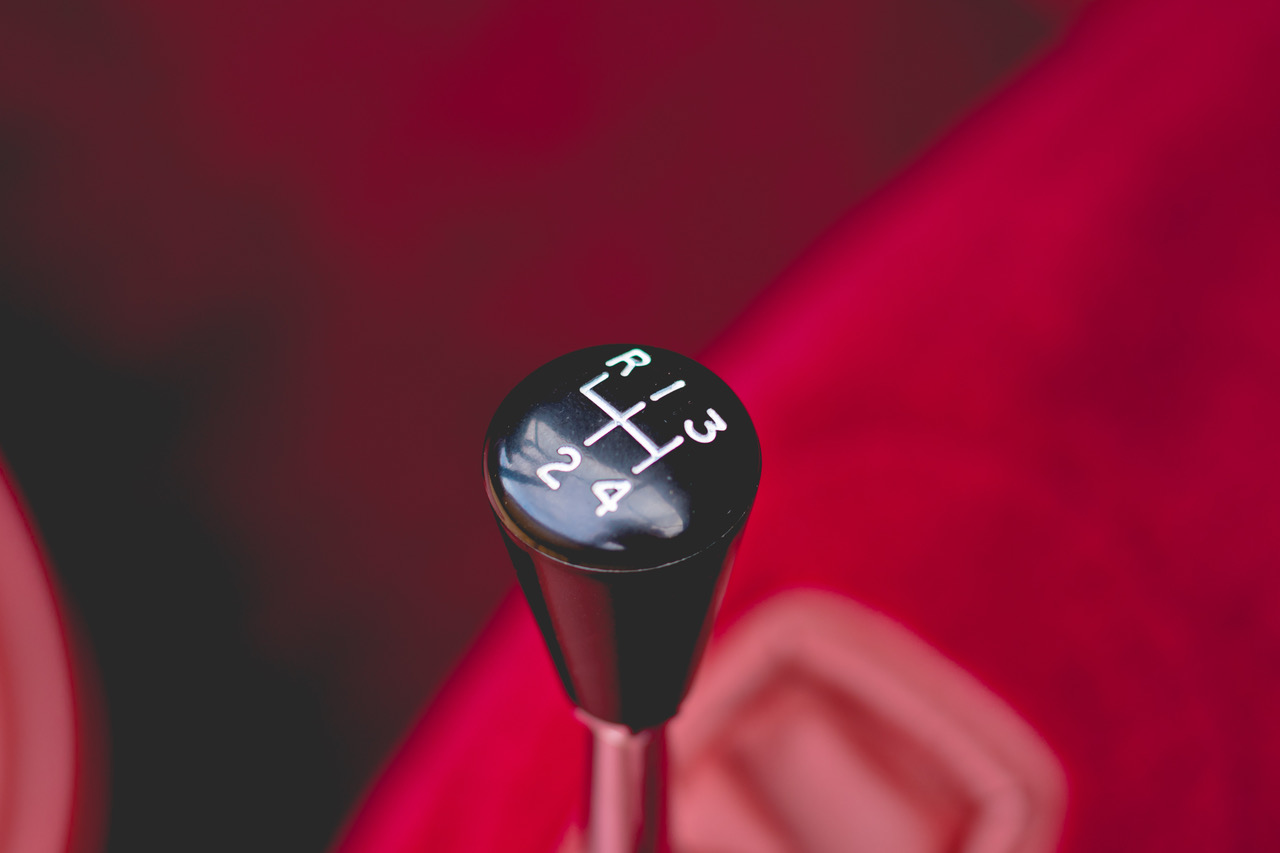 The original Moss gearbox, or more precisely, a Moss design manufactured by Jaguar, is very strong and reliable. It has synchromesh on second, third, and fourth, but the gearchange itself is rather slow. However, some specialists are capable of making it work better. The first XK120s had an ENV rear axle with no limited slip differential, later cars had a Salisbury axle with an LSD. 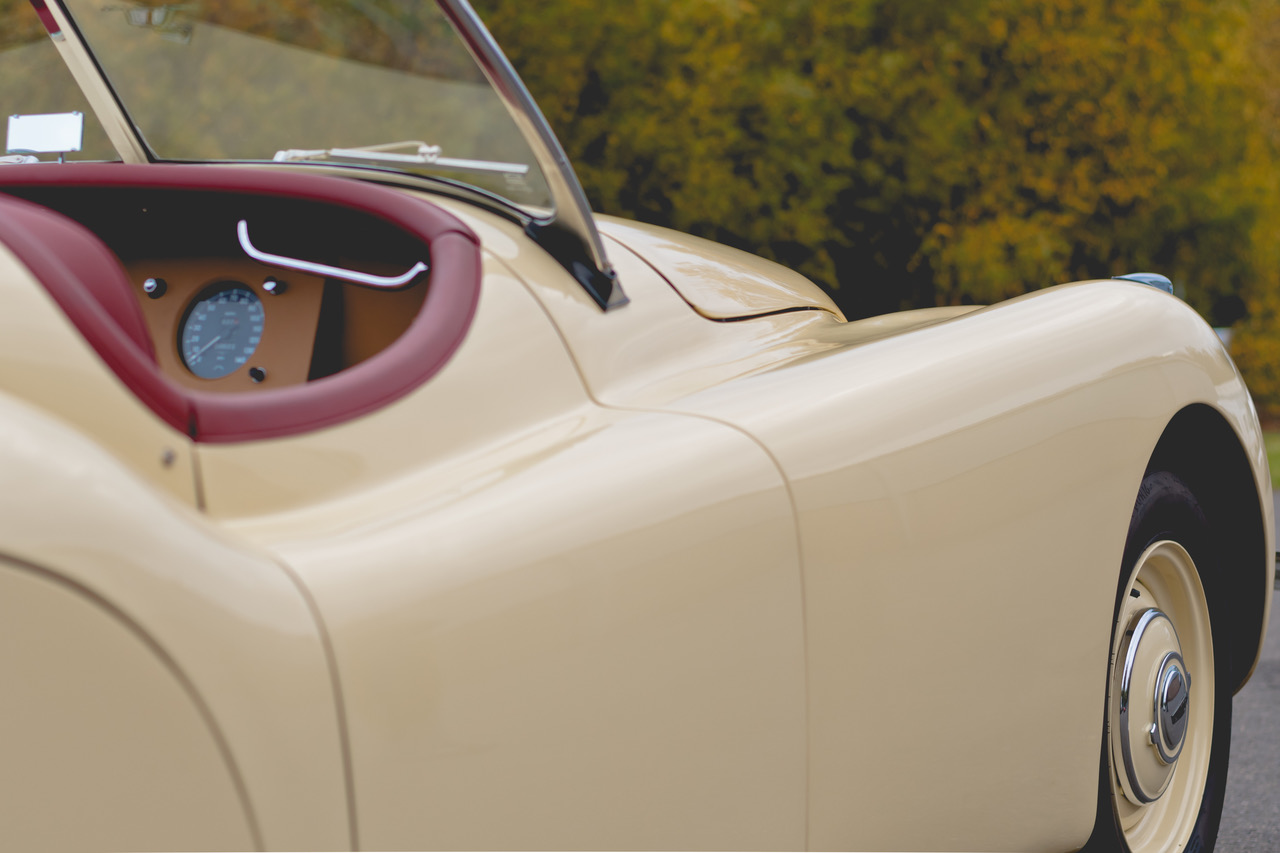 This is a traditionally built car, with a ladder chassis and a separate steel body (or rare alloy body). Some frame box sections can rot from the inside, as they can hold moisture and mud. Check the front anti-roll bar mounting area, as it suffers not only from the effects of moisture, but also from stress corrosion (it transmits powerful forces) or even cracks. Another problem area is the section of the chassis which goes over the rear suspension. All these problems can be fixed, and at worst, you can buy a completely new chassis; this, however, will ruin the car's originality. Fortunately, now most XKs are well looked after, unlike 30 years ago. 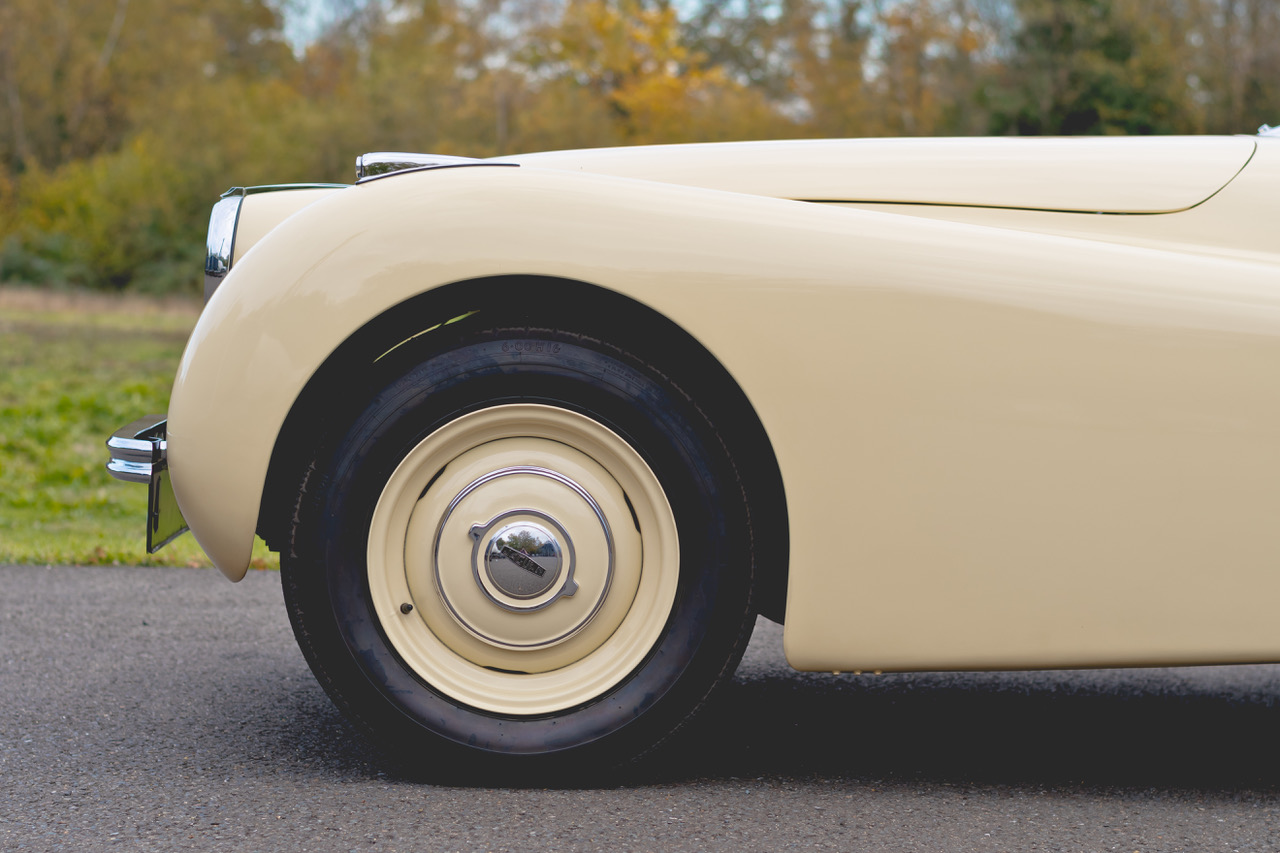 Anything can be improved by replacing bushes and setting the correct angles. Check if rear axle tubes are not coming off the diff, as this is a popular phenomenon. Also check drum brakes for judder and a spongy pedal. Many users today do not comprehend the physics of drum brakes which cannot cool quickly, and abuse them. 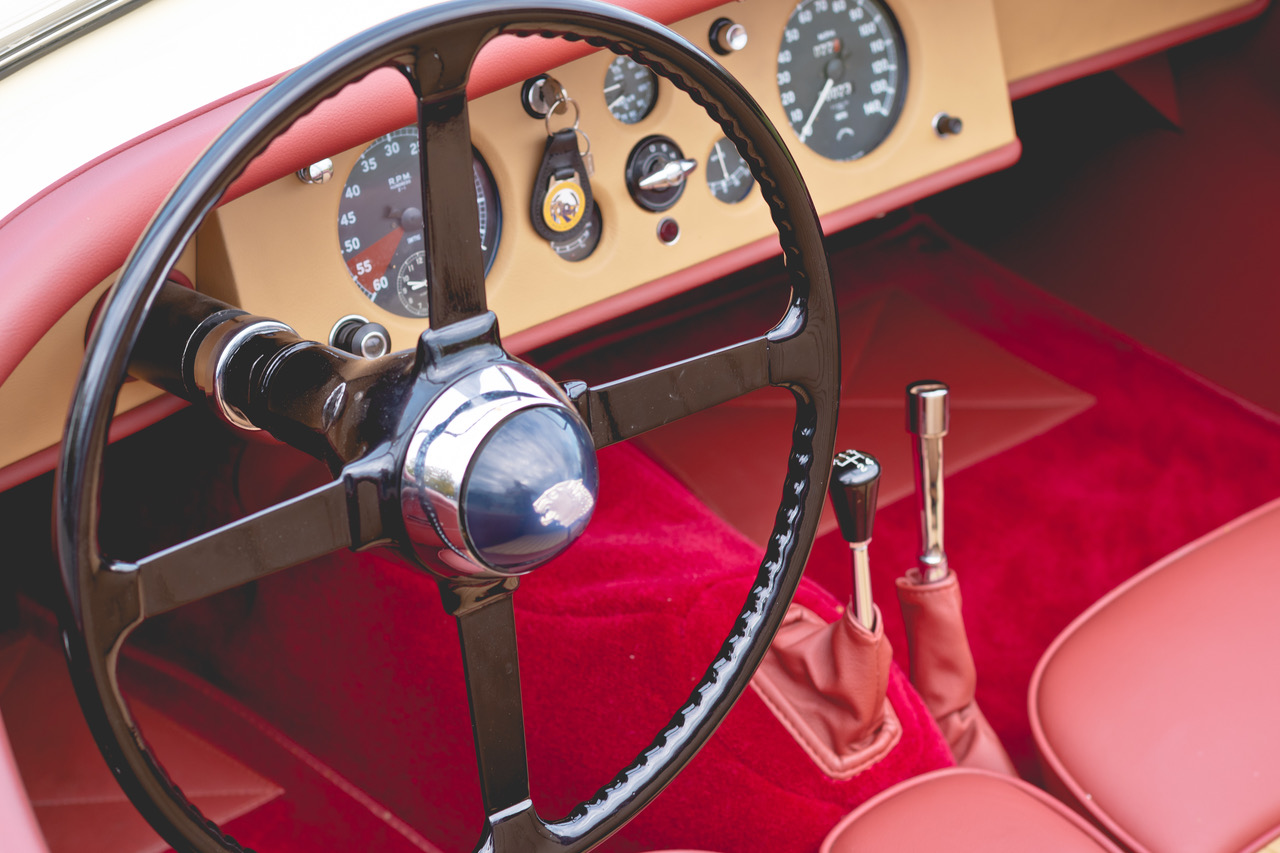 Everything is available, but the car will retain the highest possible value if it is entirely original. Original patina is best, although there are people who can make an XK interior perfect: the only issue is money. 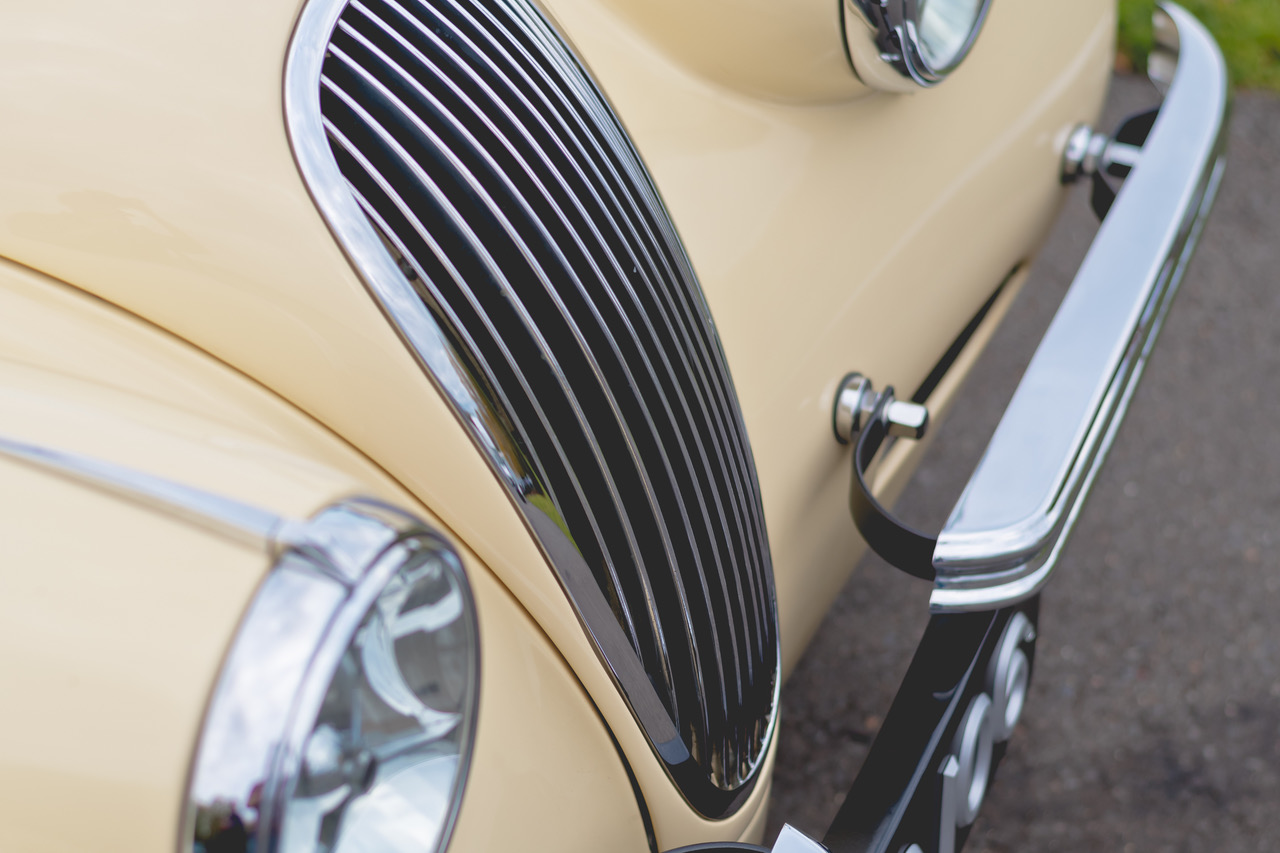 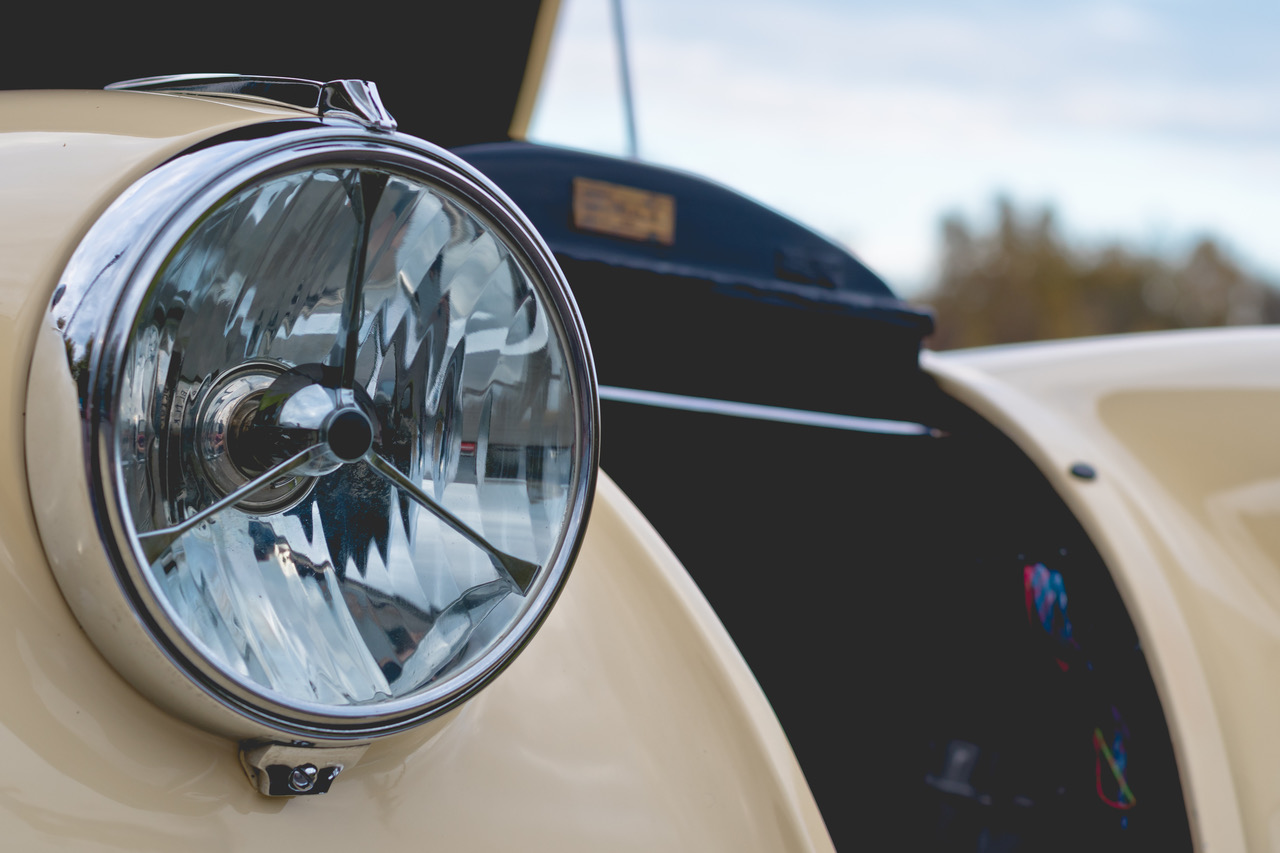 The SHARP Magazine ME Verdict

An XK in good condition is a joy to drive, and lots of fun to race. The operative word here is "condition"! Buy the best one you can find, or a scruffy one and budget for a proper restoration. Early Xks with drum brakes and crossply tires provide an authentic driving experience, if you are slightly less hardcore, you can have electronic ignition, power steering, disc brakes and an electric fan installed. Lots of faked restorations exist, photographic proof may come from a different car. Ask a specialist to look at the car before the purchase. Check if all the documents pertaining to the car's alleged restoration are present! 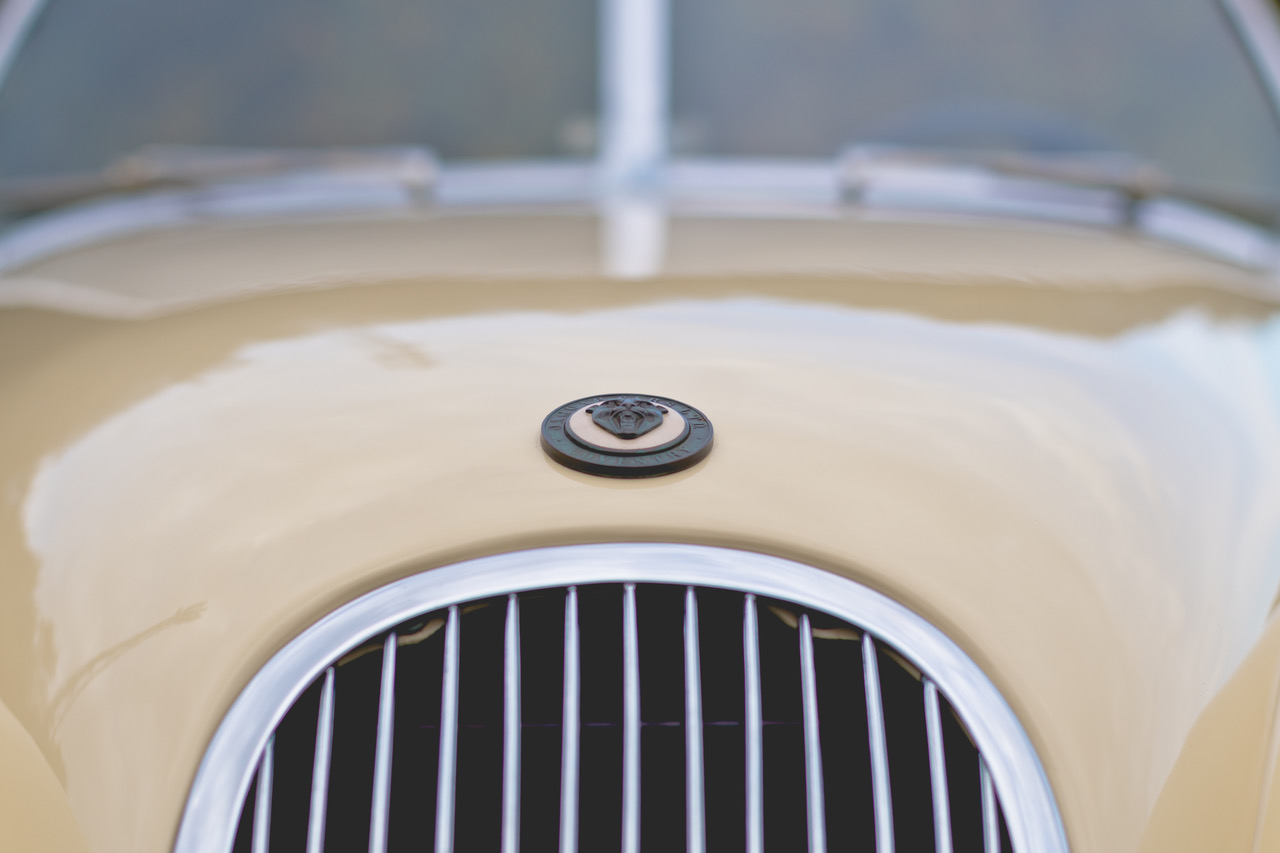 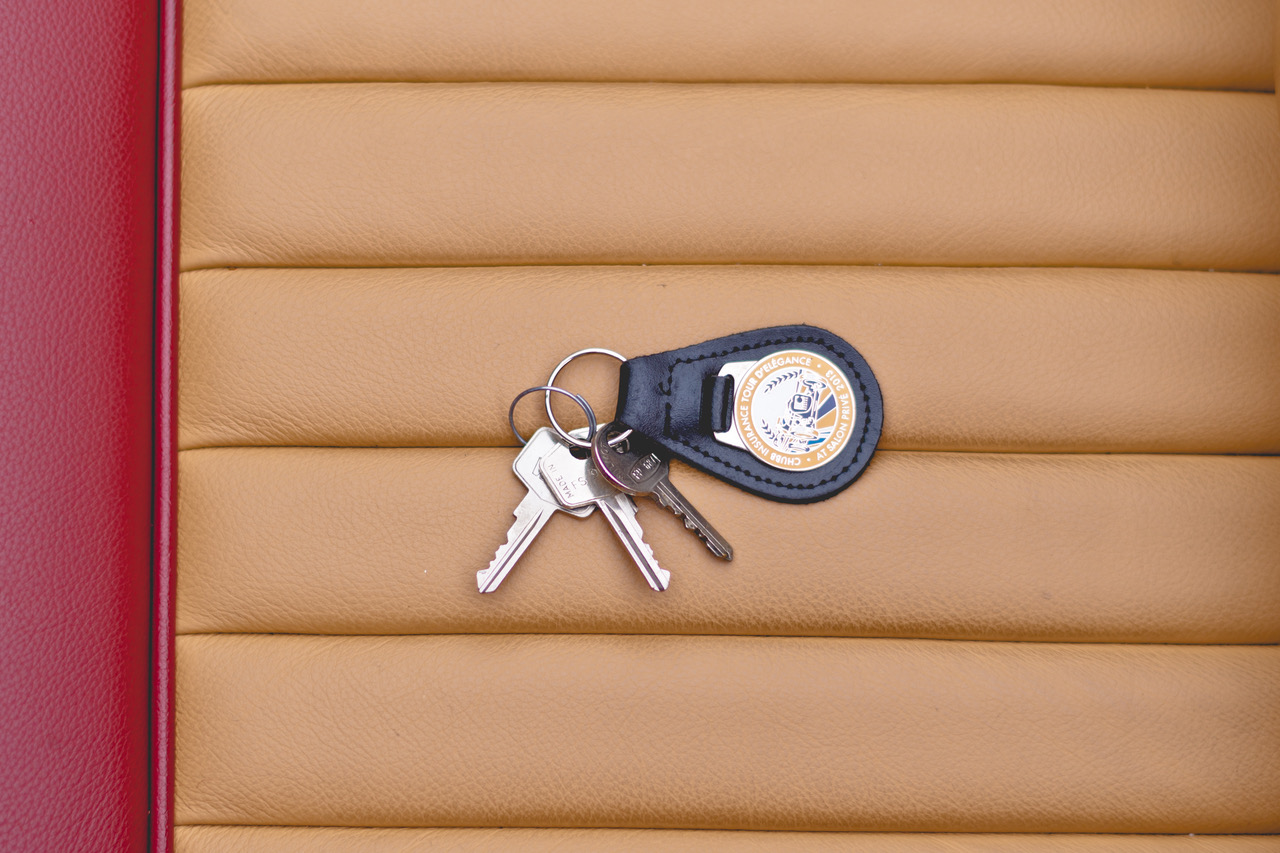