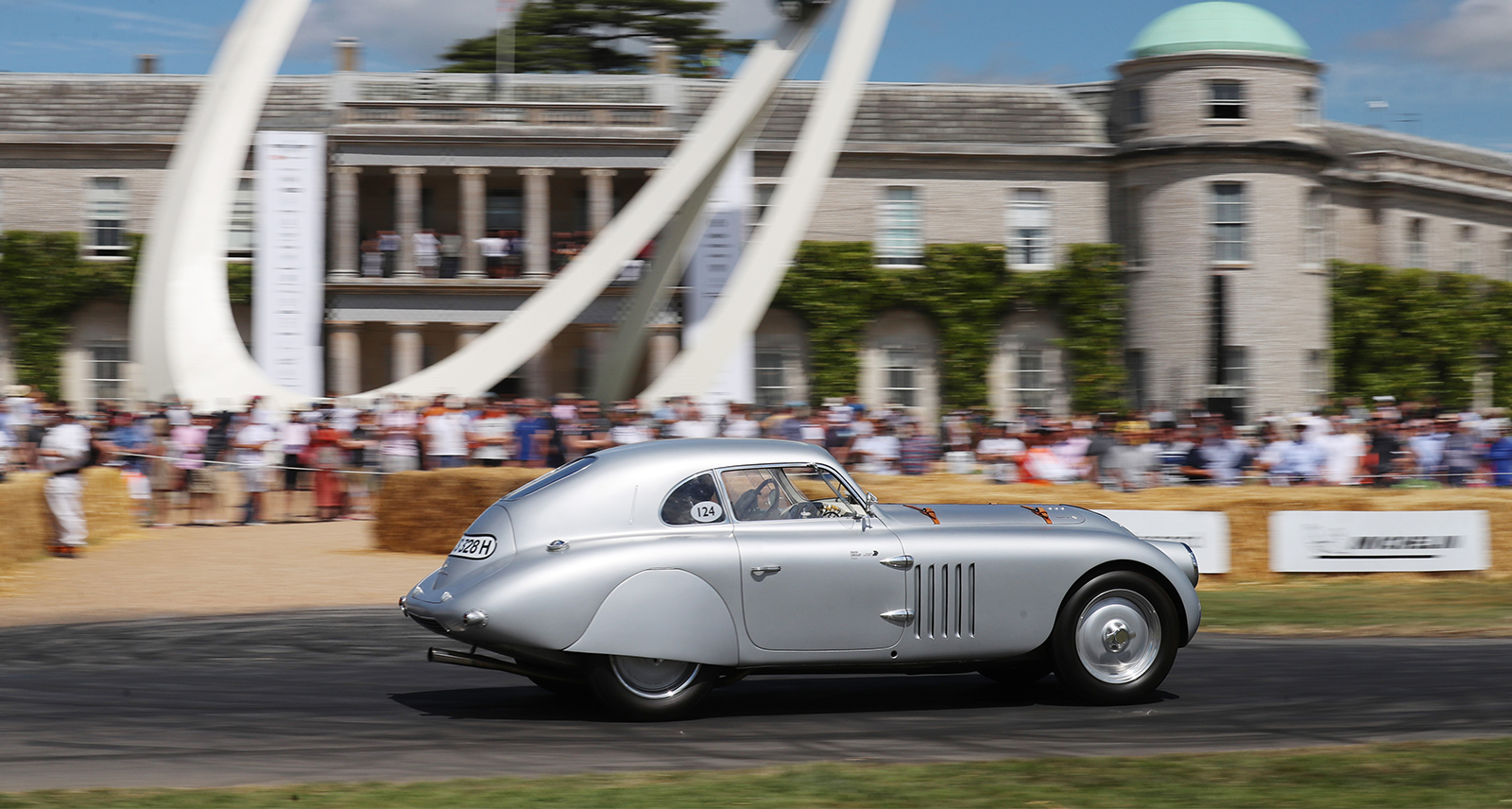 There is no other place on Earth like Goodwood. Nowhere else can you see, on the same ribbon of slippery, bumpy tarmac, the latest Formula 1 machines, manic drift cars, Group B rally monsters, the only Porsche 909 Bergspyder ever built, the 1911 Fiat S76 "Beast of Turin" with its flame-spitting 28-liter engine, the Dakar-winning Kamaz truck plus a 1904 Harley-Davidson racing motorcycle with no brakes at all. 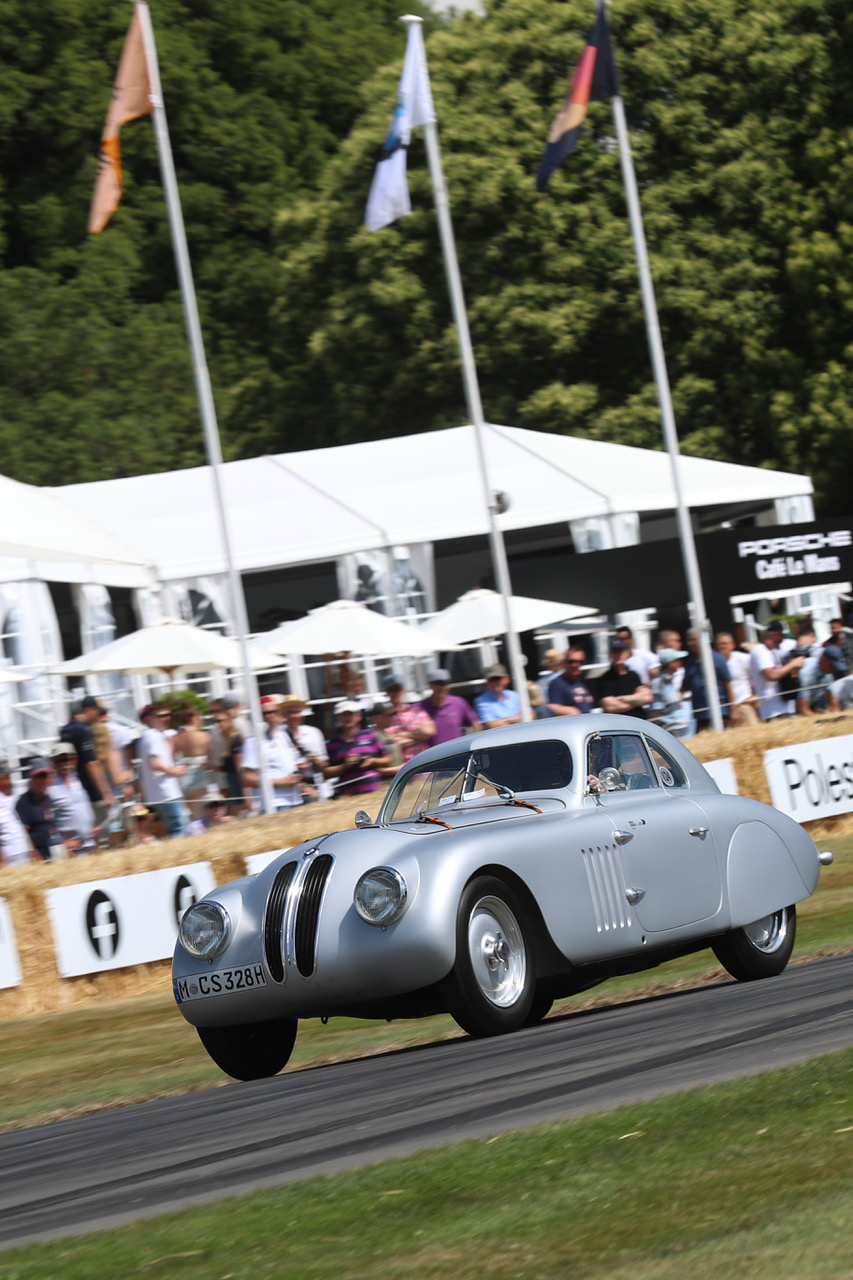 The Festival of Speed is also the only automotive event on Earth which creates an opportunity, in its locker room, in the paddocks and in various assembly areas, for drivers and riders to meet and get to know each other. People, who would never meet if they stayed within their own section of the motorsport community, become friends regardless of what they have done or are currently doing. It is slightly ironic that the Festival is simultaneously an elitist and an egalitarian gathering of like-minded people: it is an event organized by a Duke on his own estate, an event permitting ordinary people, who have been saving up for the tickets for months, to see incredible vehicles in motion, to shake hands with real stars and to get their autographs. Even Formula One teams seem to let their hair down and become less pompous than is the everyday norm. There is something to satisfy everyone, as long as she or he actually loves cars and bikes. The sound of engines built in the last 125 years and the smell of oil and unburned hydrocarbons stay with a visitor for a long time. 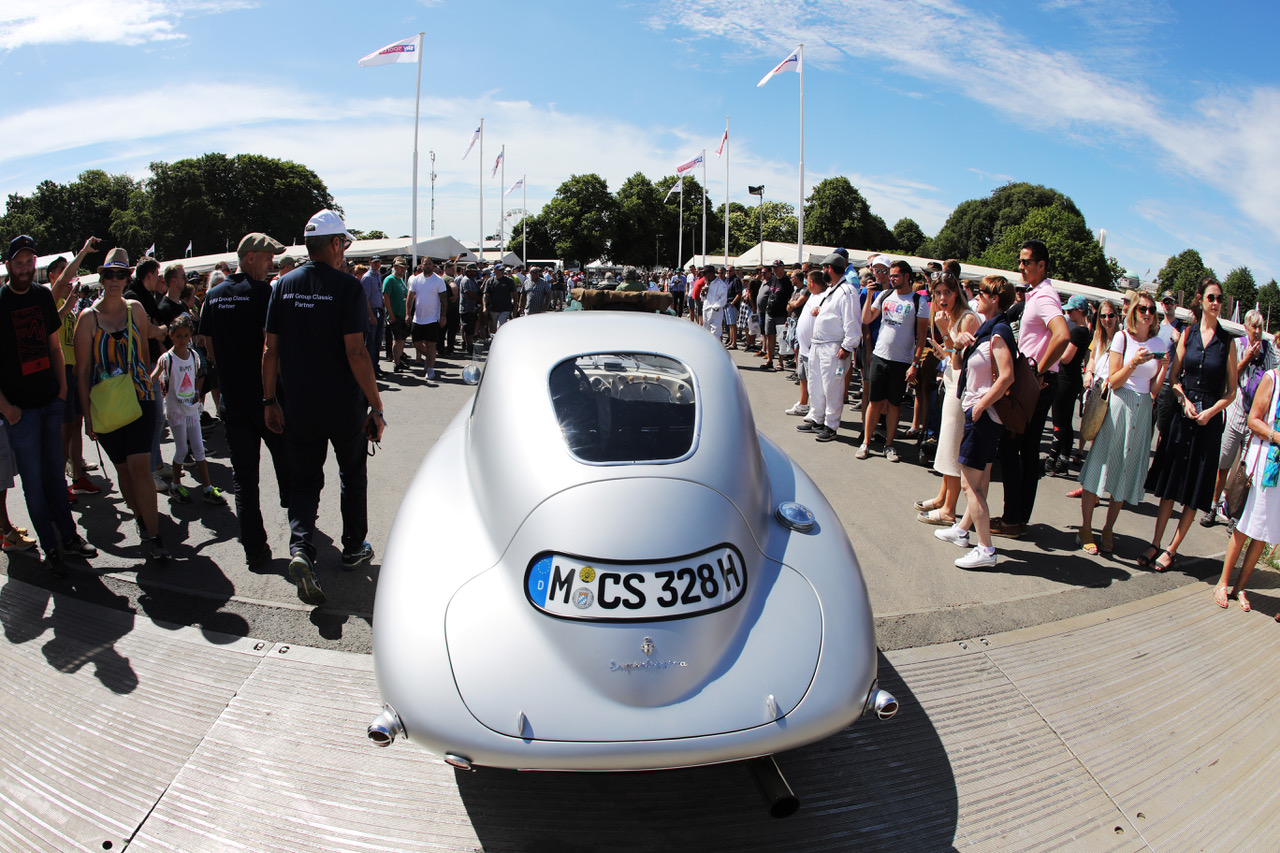 This year's edition of the Goodwood FOS, the twenty-sixth, looked interesting before it even began. With Aston Martin the main sponsor, 100 years of Bentley, 125 years of Mercedes in motorsport, the 80th birthday and the 50th anniversary of his Formula 1 title for Jackie Stewart and a moving tribute to the 50th birthday of the unfortunate Michael Schumacher, it looked like a weekend packed with excitement. All the more for me, because, like every year, I was also driving. 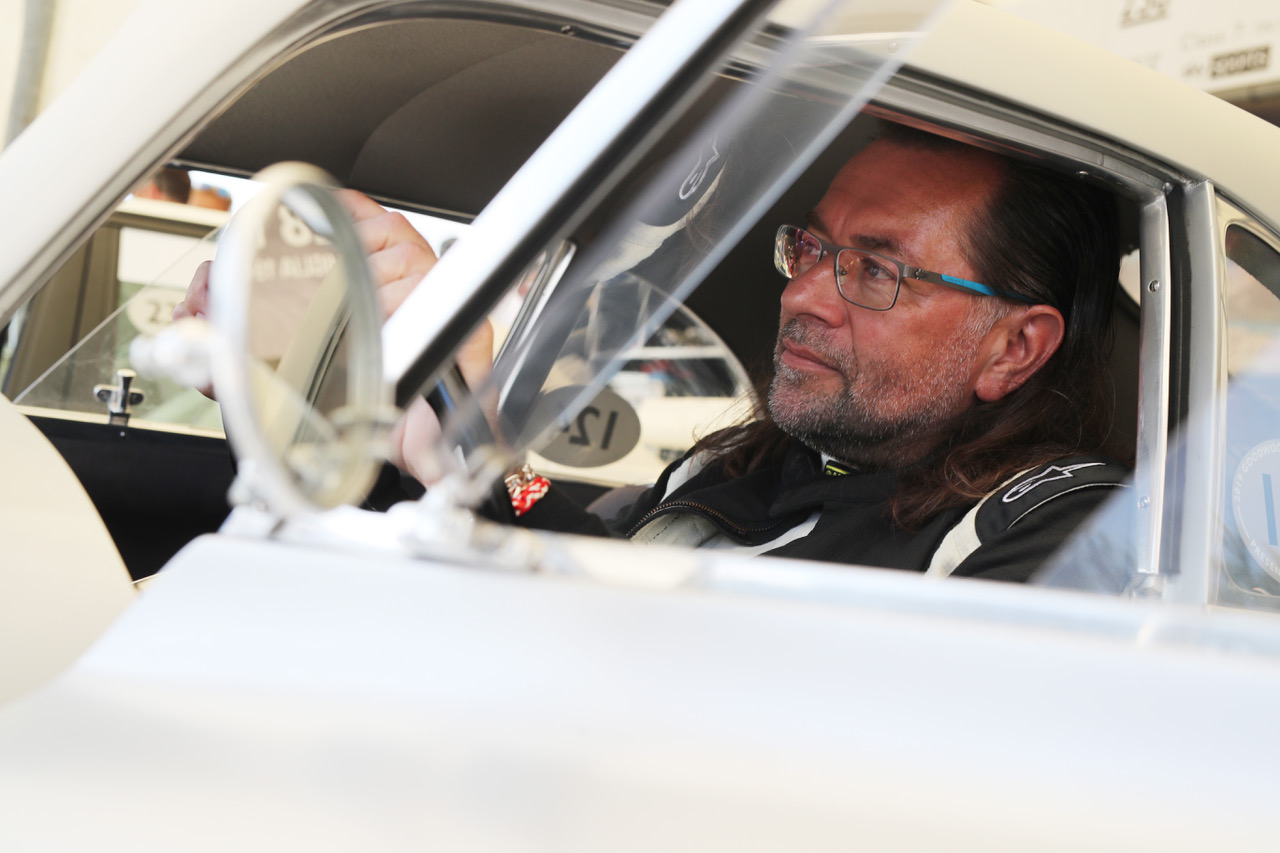 The weather seemed determined to prove right the proponents of global warming, with high temperatures and zero rainfall (well, it rained on Sunday). It made me think of how insignificant car-related emissions are in Europe in comparison to emissions from ships, coal-fired power plants and the digestive tracts of cows... Launches of various supercars and hypercars no longer hold any significance for me, many of them are forgotten before the month is over. I can, however, be moved when meeting real motorsport legends. My good friend Romain Dumas, Le Mans, Nürburgring 24h and Pikes Peak winner, not only had set a new Nordschleife lap record for electric vehicles, but he also smashed Nick Heidfeld's old hillclimb record at Goodwood (unofficially, but who cares). Richard Attwood was reunited with the very same Porsche 917 in which he had won at Le Mans. Jackie Stewart stopped his Tyrrell in front of Goodwood House and handed a flower to his wife, who suffers from dementia. Another of my friends, Jochen Mass, made jokes and drove the priceless Mercedes W125 up the hill at a fair pace. I liked the new Honda electric car, the new Morgan Plus Six and the new Mustang Shelby more than any representatives of the supercar brigade. Perhaps I am indeed getting old. Behind the scenes, I was treated to a private viewing of the new Lotus Evija, an electric hypercar formerly known as the Type 130. I am not an electric vehicle enthusiast, but this car actually looks good and shows the new owner that Lotus has not lost its mojo. 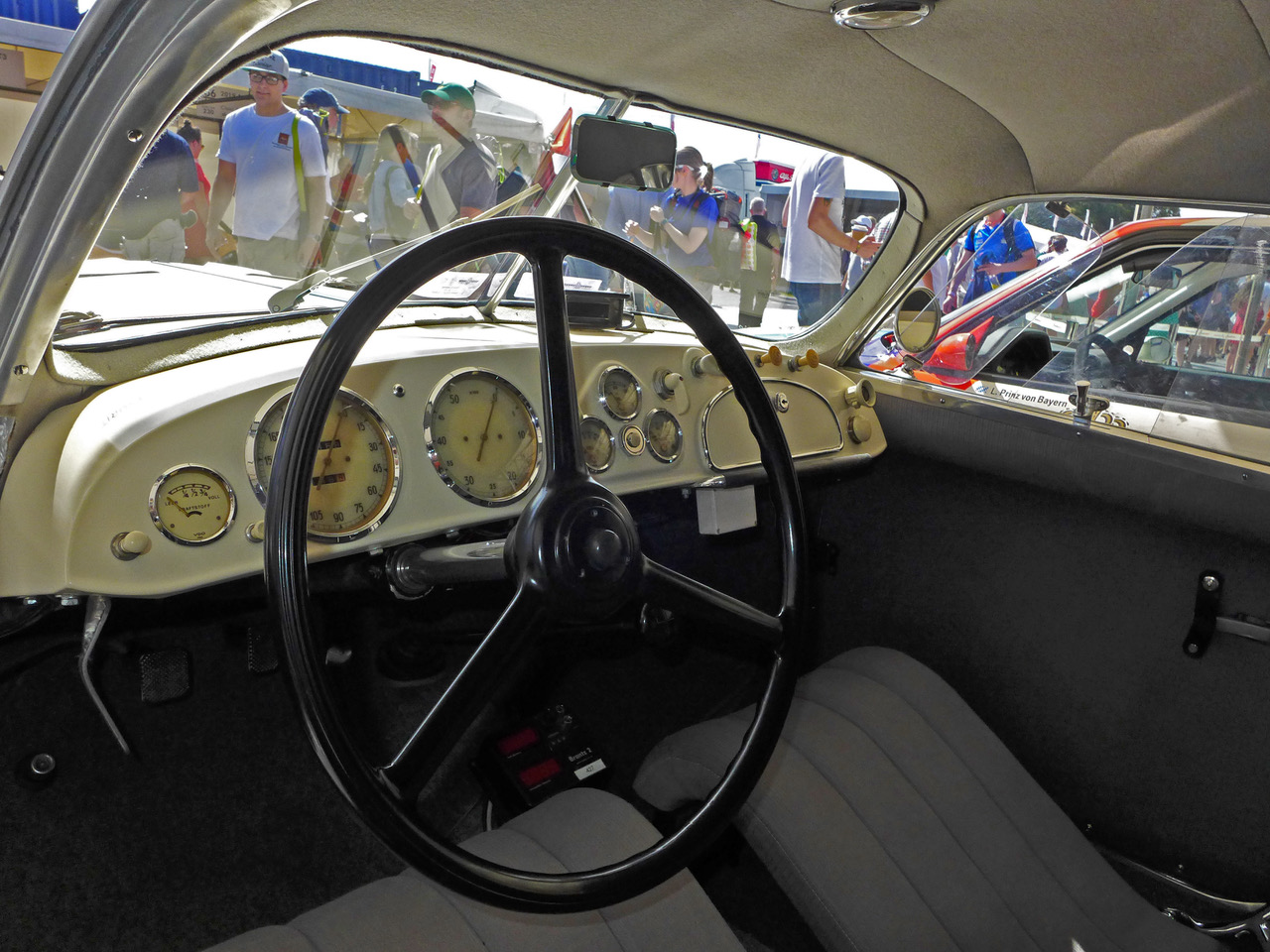 Goodwood is never boring and I never get to see all of it. The reason is that drivers see very little, always waiting for something. Steve McQueen was right, the rest is just waiting. You drive for one minute and spend hours sweating in side the car in a line of vehicles waiting for their turn. But... those hours spent waiting are never wasted because of all the wondrous vehicles we see and all the great people we meet. This time I was driving for BMW Classic, driving a unique BMW 328 with a slippery Superleggera body by Carrozzeria Toruing of Milan. The car won the altered Mille Miglia race in 1940, during the war. It was somewhat ironic that I, a Pole from a relatively small Polish city, a fan of WWII history, would drive, in England, the very car which won a race hastily prepared in war-torn Europe. It won on merit, driven by Huschke von Hanstein, who after the war became a public relations manager for the Porsche company. Its revolutionary 2-liter engine propelled it to its maximum speed of 220 kph, with absolutely no chance of me hitting this kind of velocity en route up the hill. A bonus: Prince Leopold of Bavaria, a very fit 76-year old racing driver, was my teammate, driving the E30 M3 Group A race car. He also told me a story about hunting in Poland years ago, and recalled a handful of Polish words perfectly. 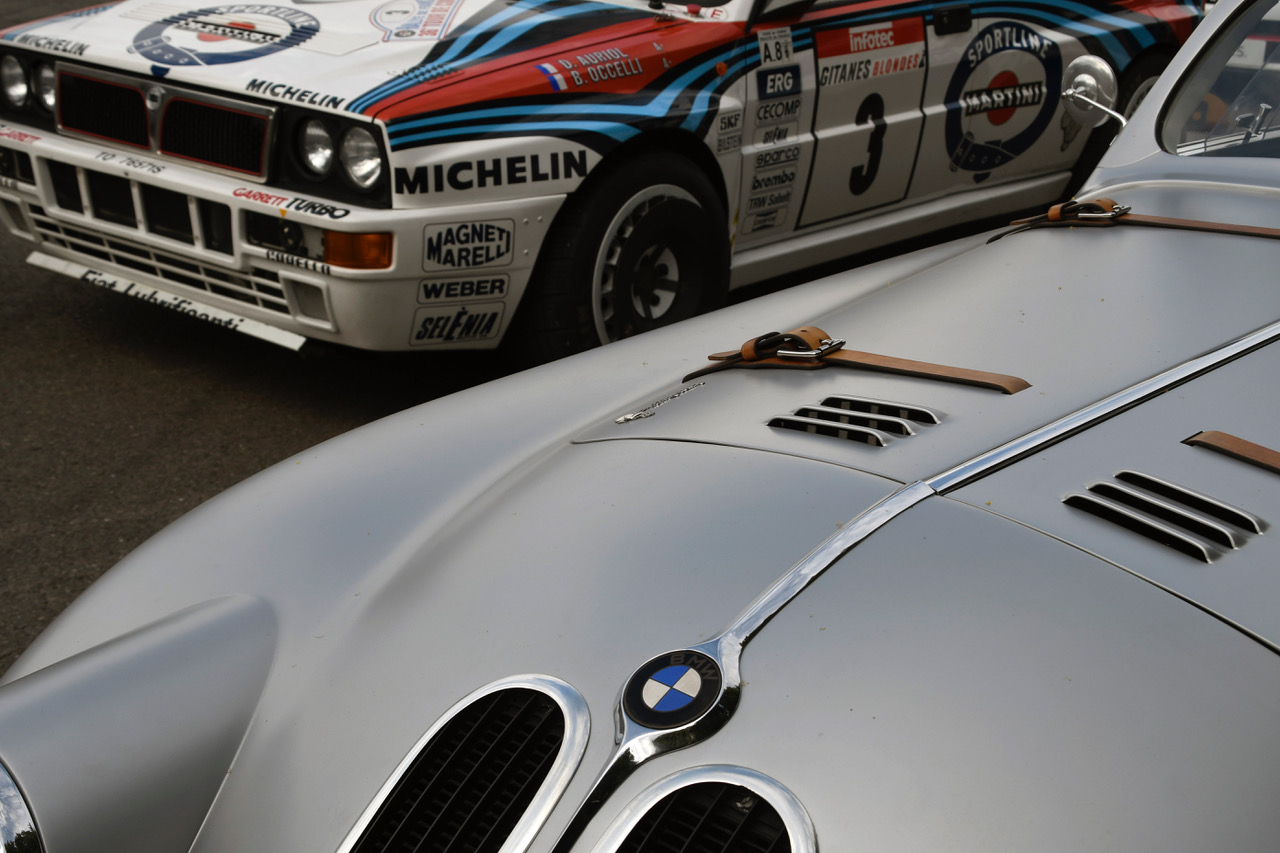 The cockpit is tight, due to the teardrop shape (reminding me of the unique 1938 Alfa Romeo built for the Le Mans race; I drove it at Goodwood in 2010). Getting in and out without embarrassment and humiliation is pretty much impossible, I am simply too tall and too fat. The car not only looks fantastic, with its silky, matte silver exterior, but also pulls away strongly in the first two gears, making a rich, deep noise. My first run happens without any problems, although the non-linear tendency to oversteer is a bit surprising. I am irritated that I am driving so slowly, but when I watch the video later, it is not so bad. At Goodwood it is always prudent to drive priceless cars at 60-70%, crashing is bad form. I remembered it too vividly on my way up the hill, having earlier witnessed a EuroNASCAR and a beautiful Lancia Delta S4 go off in the tricky Molecomb corner, with lots of damage inflicted on both cars.

Being at Goodwood is always something akin to what I call the "Alice in Wonderland" effect: abstract, unlikely things happen. Magic. Not many Eastern Europeans drive here (all the happier to see the awesome Polish drifter, Piotr Wiecek, perform with gusto), and I become brave enough to think that I should perhaps try to persuade BMW to let me drivethis beauty on the actual Mille Miglia. Unrealistic, but worth attempting. I have been coming to the Goodwood Festival of Speed for 25 years out of the 26 it has existed, and have been driving there for ten. In my very complicated life it remains one of the the few things which are truly constant: I will be back. There is no other place like it on Planet Earth.