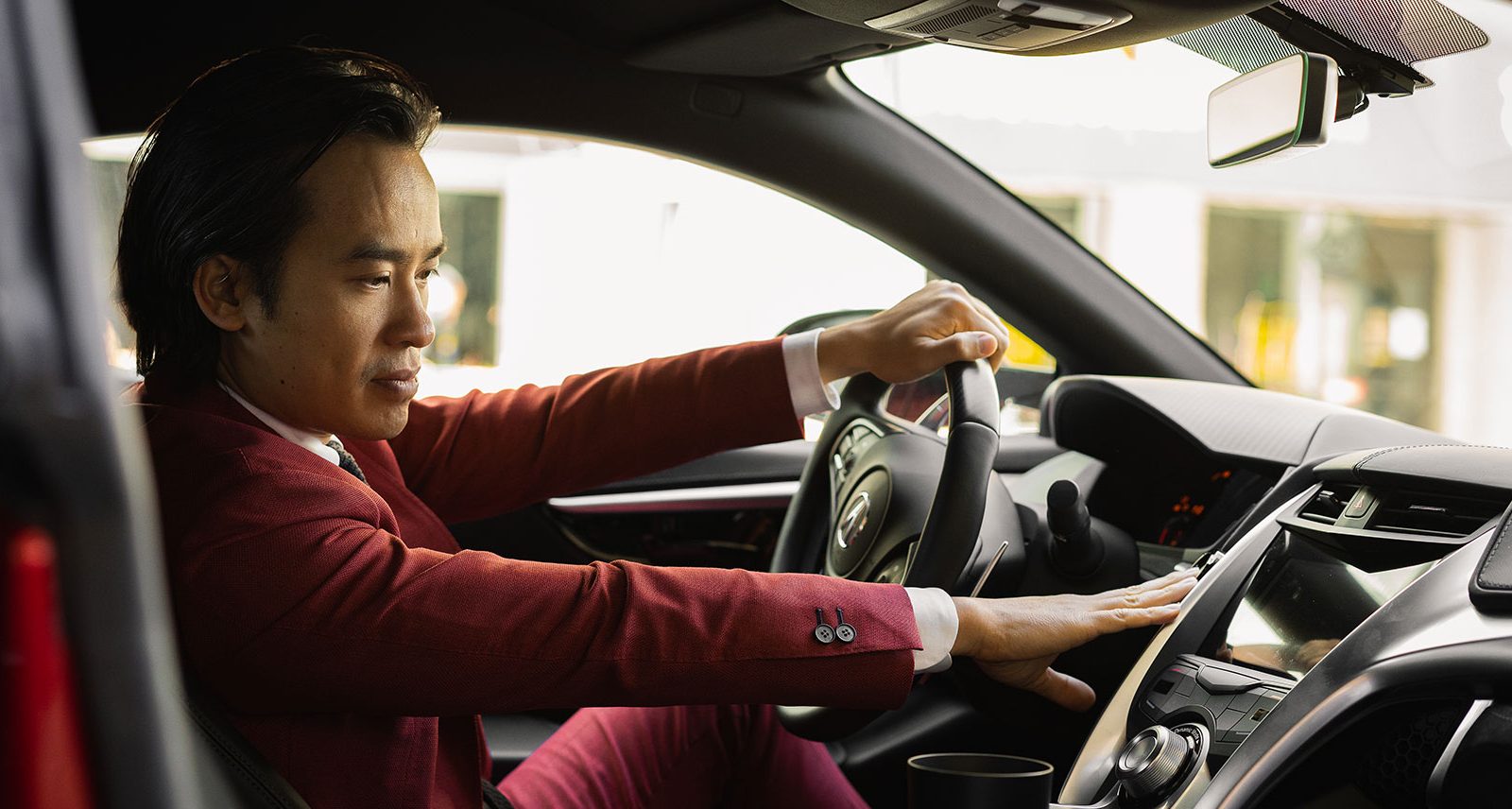 What do Drake, Auston Matthews, and Gabriel Macht from television’s Suits have in common? They all wear suits from Garrison Bespoke. The label’s founder, Michael Nguyen, has earned such an all-star following in large part because his offerings don’t just look good — they’re also tailored to perform. Nguyen invests heavily in fabrics and tailoring techniques that allow his top athlete customers to achieve the same manoeuvrability they would in sportswear — all the while looking way more stylish. In turn, Garrison Bespoke customers who might spend their days running from meeting to meeting also feel the benefits of a suit that’s designed to move with them. That same blend of performance and practicality is exactly what attracts Nguyen to Acura’s NSX: it’s a car worthy of the racetrack, but one that’s perfectly at ease heading to your neighbourhood coffee shop, too. We caught up with Nguyen to hear how he’s shaken up suiting — and what draws him to his dream car. What drove you into the fashion industry?

I grew up in the business — my mom was actually a couture dressmaker — but my journey wasn’t a traditional one. It wasn’t until my early twenties, when I did an apprenticeship in New York with a hunting tailor, that I decided to enter the tailoring world. That really introduced me to the fusion of clothing and sports. I had originally wanted to play professional baseball, and growing up I did martial arts, so sports has always been a big part of my life. Now at Garrison, I’m involved in making suits for players from all four major sports.

Your sports background differentiates you from more traditional suit makers. How did it inform your approach to tailoring?

Athletes are people who want to dress up, but also want to be comfortable. The biggest feedback I heard from them is that they wanted to go casual. That’s how I got the idea for performance tailoring — suits that move comfortably and don’t wrinkle. Now I offer both a development version and a commercialized version. In many ways, it’s similar to what Acura does — they have an Acura race team, and then the NSX for their customers. I have very expensive development stuff for special athletes like Auston Matthews, and then more commercialized stuff that you can buy in stores. My top clients push innovation, but everyone sees the benefit of that.

What benefits might your average customer see from what you’ve developed for Auston Matthews?

It’s the same thing. Guys would like to get dressed up, but they need to do it in a way that works for today’s life, where they’re doing multiple things in multiple settings. I get it. Some days, I need a suit I can wear to a marketing meeting with a 23-year-old creative, to Scotiabank Arena where everybody’s walking around in basketball shorts, and to meet with guys buying wedding suits who are expecting me to be more formal. That’s our client’s life too — if he’s wearing a suit that wrinkles a lot and doesn’t give him the style and performance he wants, he’s not going to bother. That’s why the NSX resonates with me — it’s a supercar to drive on a daily basis. What other connections do you feel to Acura?

It’s the real thing — it has that racing heritage. That appeals to me. When athletes play sports, they want the real thing. A professional athlete is not going to buy from a B-level brand — they’re going to buy from the brand that has the chops in their field. Really, that’s true of any top professional in any field — that’s true of someone like Jeff Bezos as well. That’s where Garrison comes in with suiting: we fill a niche with performance tailoring. It’s the same niche that Acura fills with the NSX.

What are the features of your suits that put them at the top?

With us, it’s four-way stretch knits that give you mobility, movement, and performance. It looks like a regular suit — tailored and sharp — rather than like jogging pants. It’s similar to how Acura uses an engine that’s part electric and part gas to get the best of both worlds. Both of our products combine performance with practicality. And they’ve both got supercar looks. There’s been debate about whether the suit still has the same relevance to the next generation of men. What’s your take?

People identify with things that speak to their personality. Performance tailoring is for someone who thinks about presenting themselves in a purposeful way. If you show up to a meeting in jogging pants, you’re saying you don’t really care. It’s the same with cars. People today might think, “What’s the need for supercars — let’s just ride Ubers all the time.” But to own a supercar like the NSX reminds you why you work hard. If I’m going to meet with someone and show up in that car, it’s purposeful.

How do you find a sweet spot between practicality and performance?

If everything in life becomes super practical, no one is going to feel inspired to create anymore. A supercar and a bespoke suit — these things have heritage to them. People don’t necessarily understand why a car is expensive. Why should you buy that, when it’s more practical to do other things? But life is not about everything being practical. You need a fusion of things that are inspirational — like wearing a suit or driving a supercar — and imbued with heritage, so there’s a real reason for them to exist. WHAT PRECISION-CRAFTED PERFORMANCE MEANS TO ACURA Much like Nguyen, Acura’s engineers are dedicated to putting cutting-edge science to work in the pursuit of top performance. Their innovations are seen in every aspect of the NSX — from its seats to its bespoke Sport Hybrid Super Handling All-Wheel Drive to its 573 horsepower. The result is a high-calibre ride that’s as ready for the racetrack as it is for your driveway.

The Art of Genius