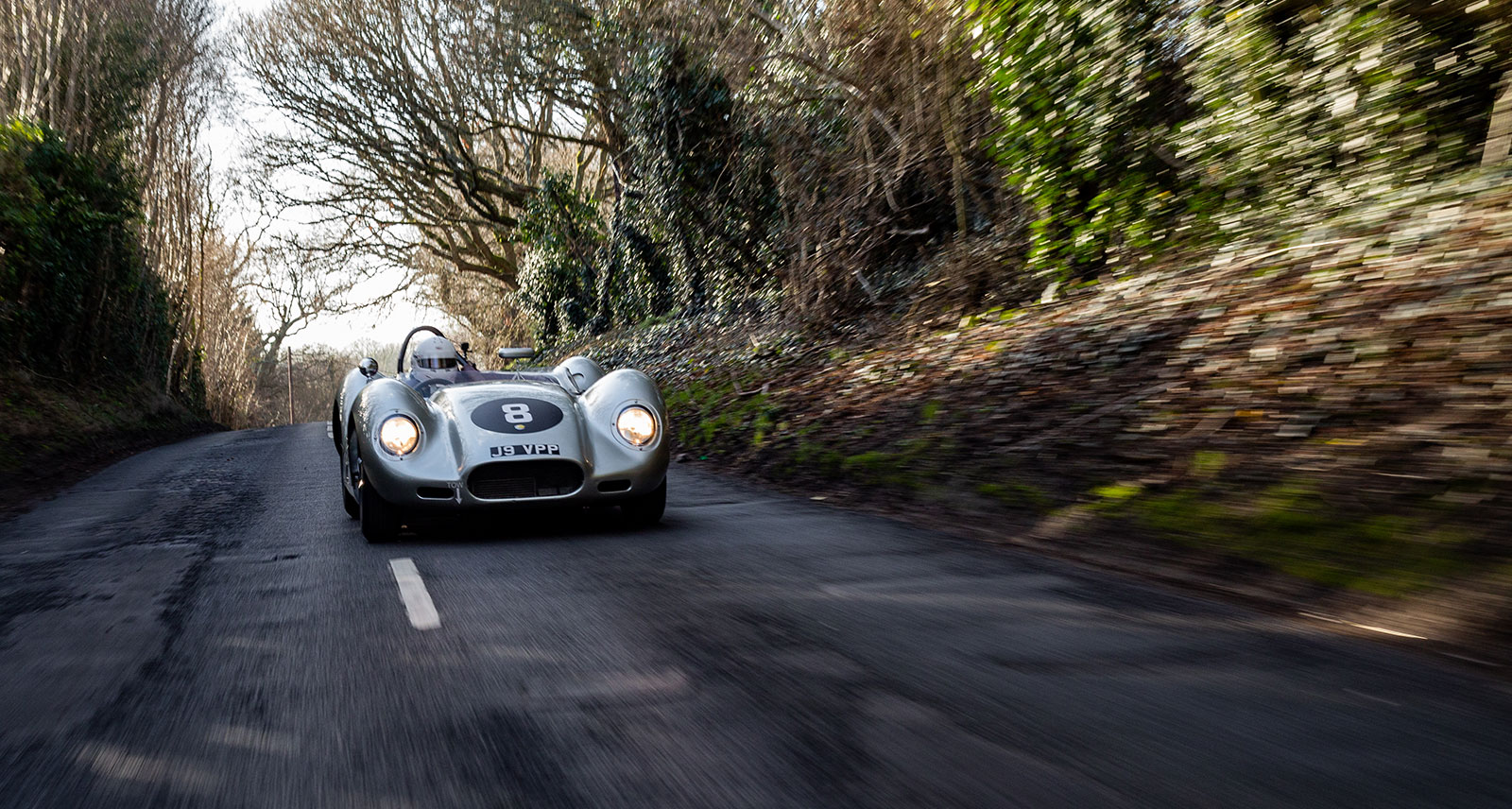 We have become accustomed to hearing about how this and that team in Formula 1 was caught infringing upon the rules. Then we hear that the team was actually doing something the rule makers had not envisioned, so the team was technically not in violation of the rules... Then the rules are changed and the game goes on, with everyone looking for a way to gain an advantage. And gaining an advantage is what motorsport is all about. 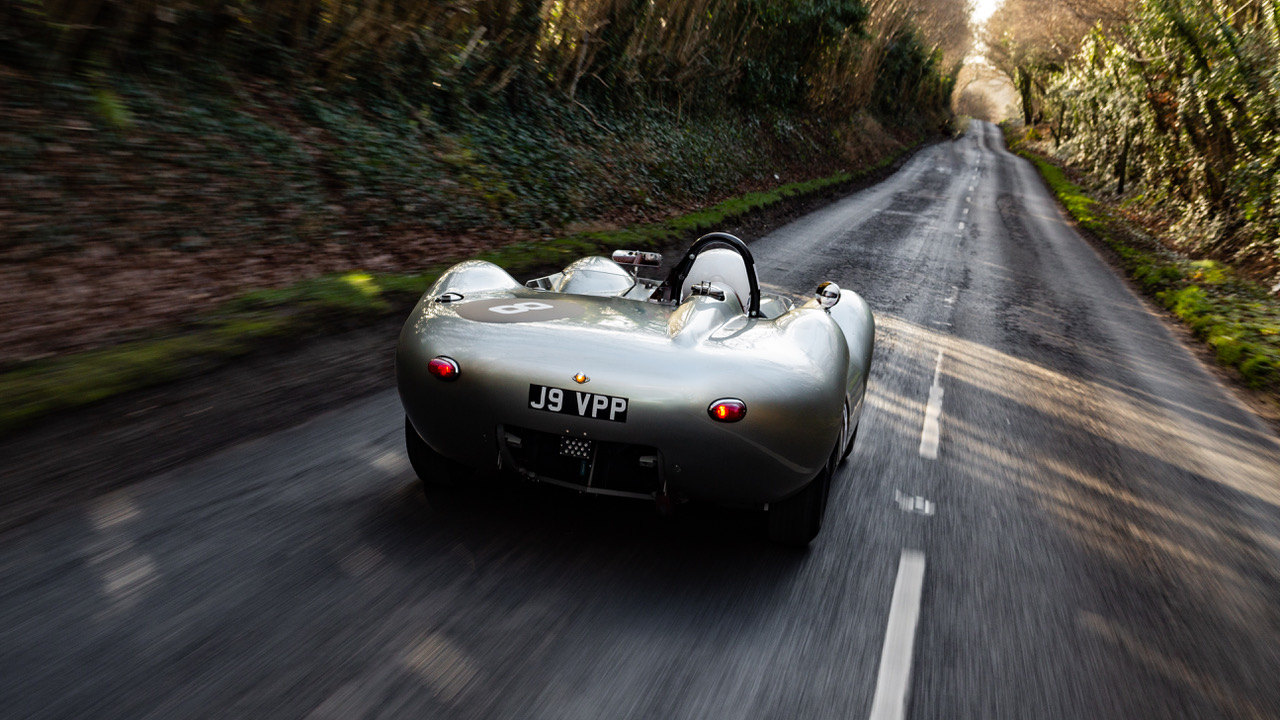 There was a car which in 1958 was able to beat Jaguar D-types, built by a small private outfit, and based on sound engineering plus a modicum of creativity regarding the interpretation of the regulations. It was called the Lister-Jaguar, and was widely known as the "Knobbly", due to its unique body shape. Presented officially at the Lister factory in Cambridge in February, 1958, it reflected the ingenuity of Brian Lister. In order to decrease the frontal area of the car powered by the pretty bulky Jaguar inline six, and at the same time comply with the FIA windshield height regulations, Lister checked how that height was in fact measured: from the base of the windshield. 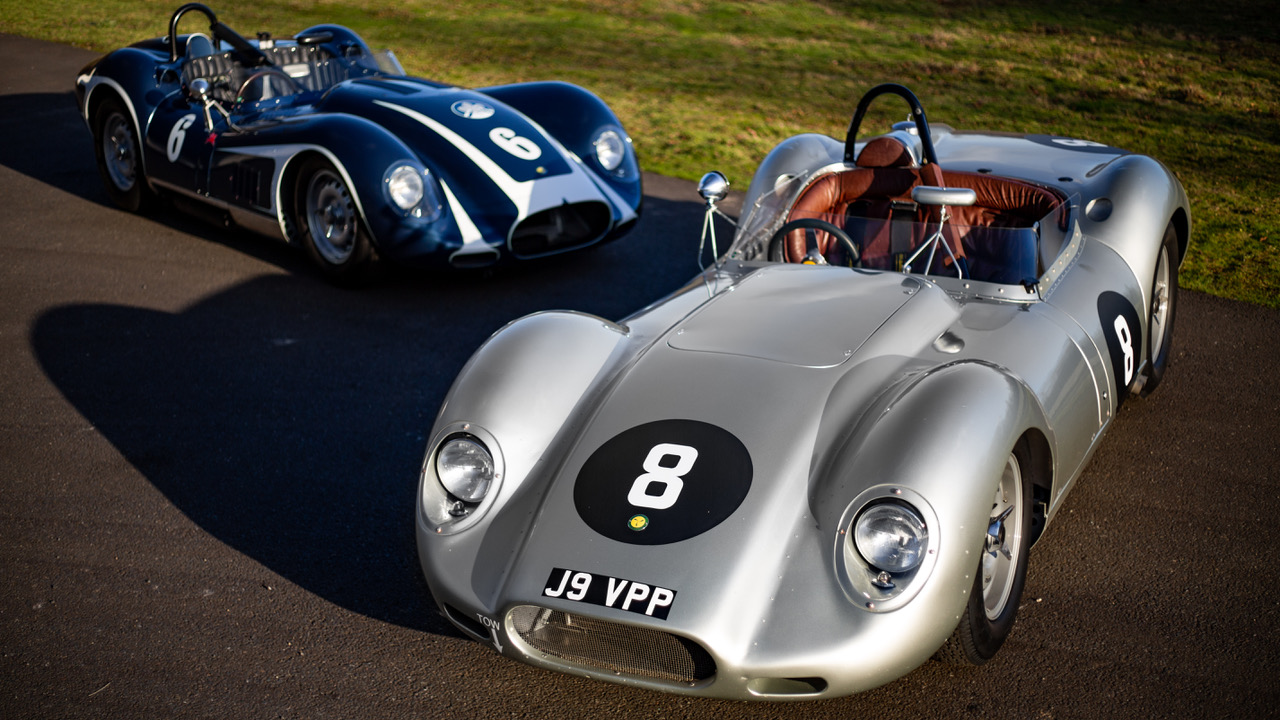 Therefore he clothed the car in a sleek, lightweight body, with a sizeable dip in front of the windshield and a cowl tightly covering the engine beneath. The body was completed by incredibly aerodynamic fenders. The car, later also built with Chevrolet V8 engines (with an altered body shape) proved to be a formidable tool in professional racing, with a lot of its success due to the talent of the most famous factory driver, the handicapped Archie Scott Brown. The cars normally were built from aluminum, but superlight (and flammable) magnesium alloy was also used. Such a car was also used, with great distinction, by the late Sir Stirling Moss.

The Lister company has been revived some time ago, and it has built a series of continuation cars, using the original jigs. These are brand new cars, admitted to many race series, and driving them is not putting the old ones in danger. The silver car seen here is BHL158, the first of ten Continuation cars built for the first time since 1959 by the resurrected Lister factory. It was built with some alterations making it compatible with contemporary FIA Appendix K regulations. The car is equipped with a 3.8 Jaguar unit and is road-registered, so potentially it could take part in such events as Tour Auto, combining road sections and competitive circuit driving. So far it has competed at Goodwood and other British tracks, and is completely race-prepared by CKL Developments. 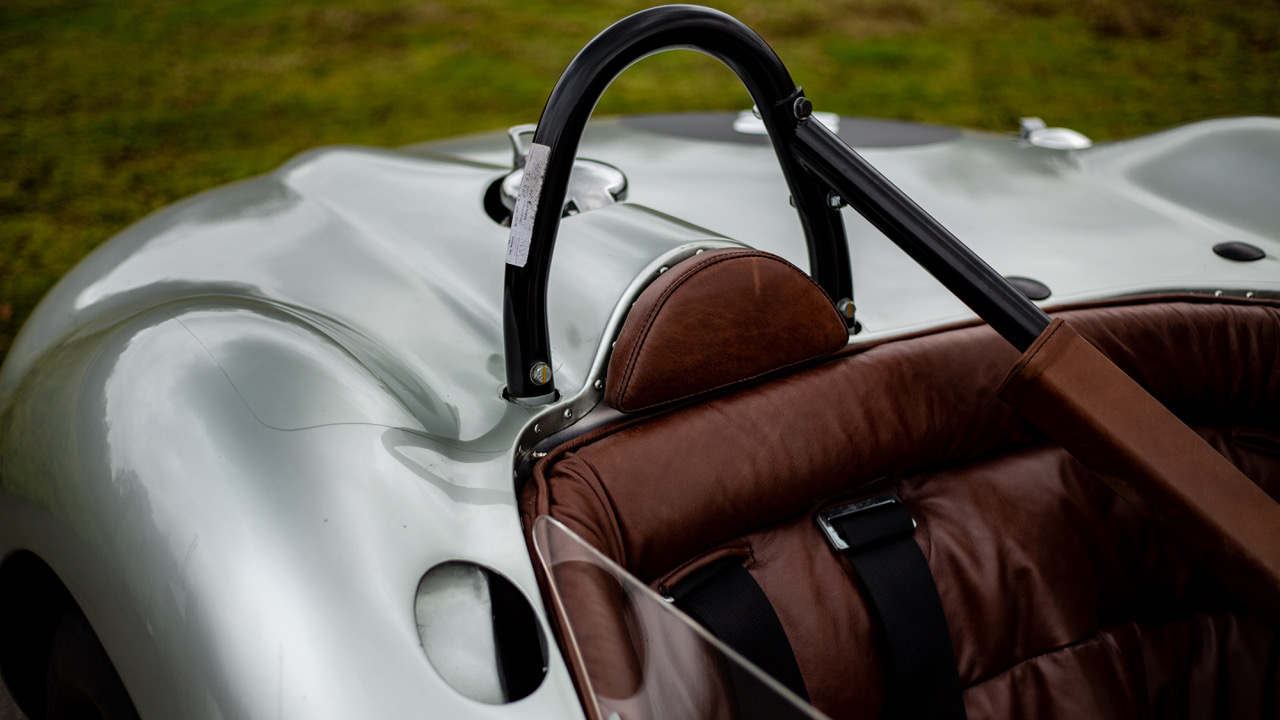 I decided to see how it would cope with modern traffic and whether it would be bearable to stay in it for long periods. The day was extremely cold, sunny and crisp as I pulled my full-face helmet out of its bag. There is no heater in the Lister cockpit, but I was hoping for heat soak from the gearbox and the firewall. The first impression is that the cockpit is snug but comfortable, and applying opposite lock does not involve any contortionist maneuvers. Everything falls easily to hand in the slightly haphazard English manner. The engine fires up at the first turn of the key (!), and sounds downright scary. This is one mean machine, and the sound hints at the power beneath. 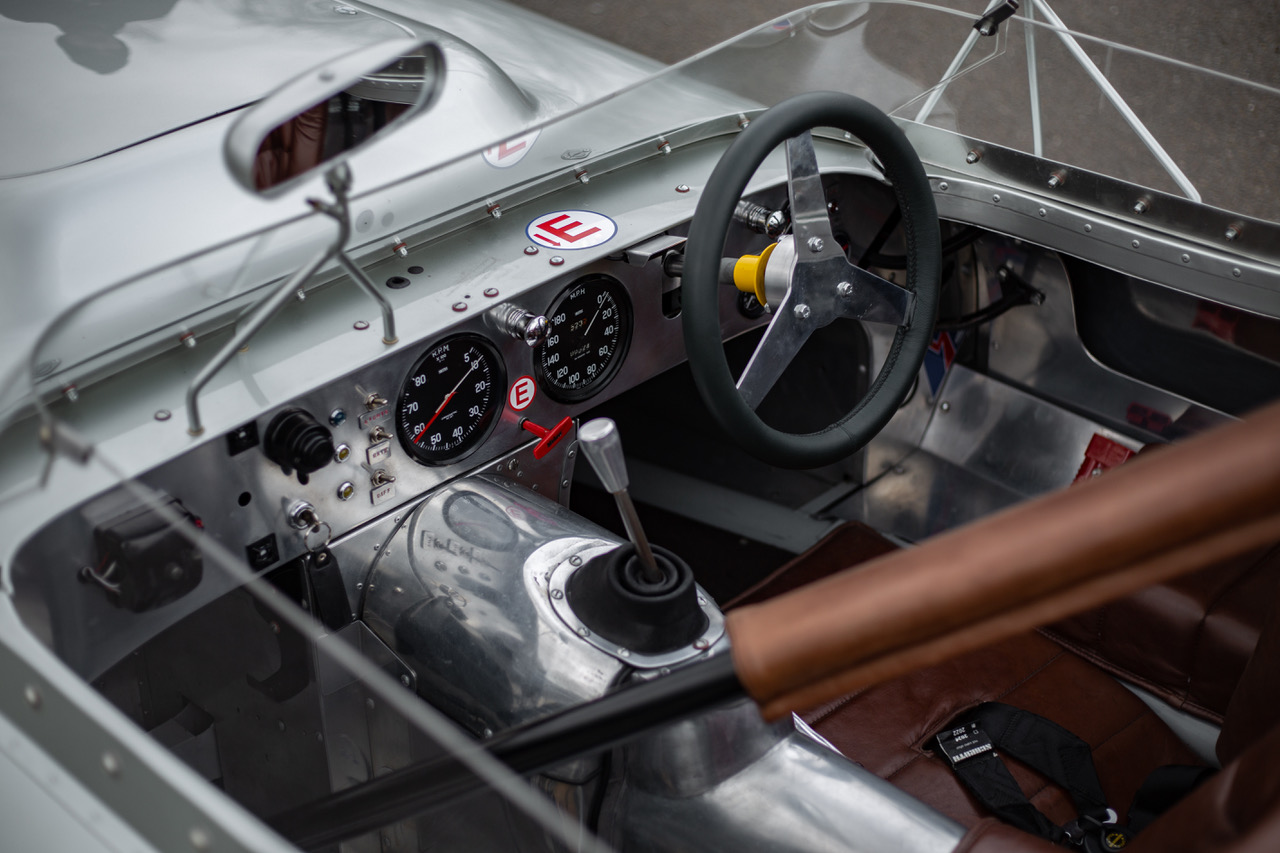 On the road, on broken and crowned tarmac, the Knobbly feels astonishingly good, taut and supple at the same time, with the wheels faithfully remaining on the ground. The steering is sublime, perfectly weighted for the challenges of the open road, and I can imagine it loading up progressively under cornering on a proper racing circuit. The engine pulls effortlessly in any gear, and progress can be made in fourth almost from a standstill. In one of the series of bumpy, difficult bends I inadvertently lose sight of the camera car, while feeling very comfortable driving at what I judge to be 4/10ths of the car's capability. 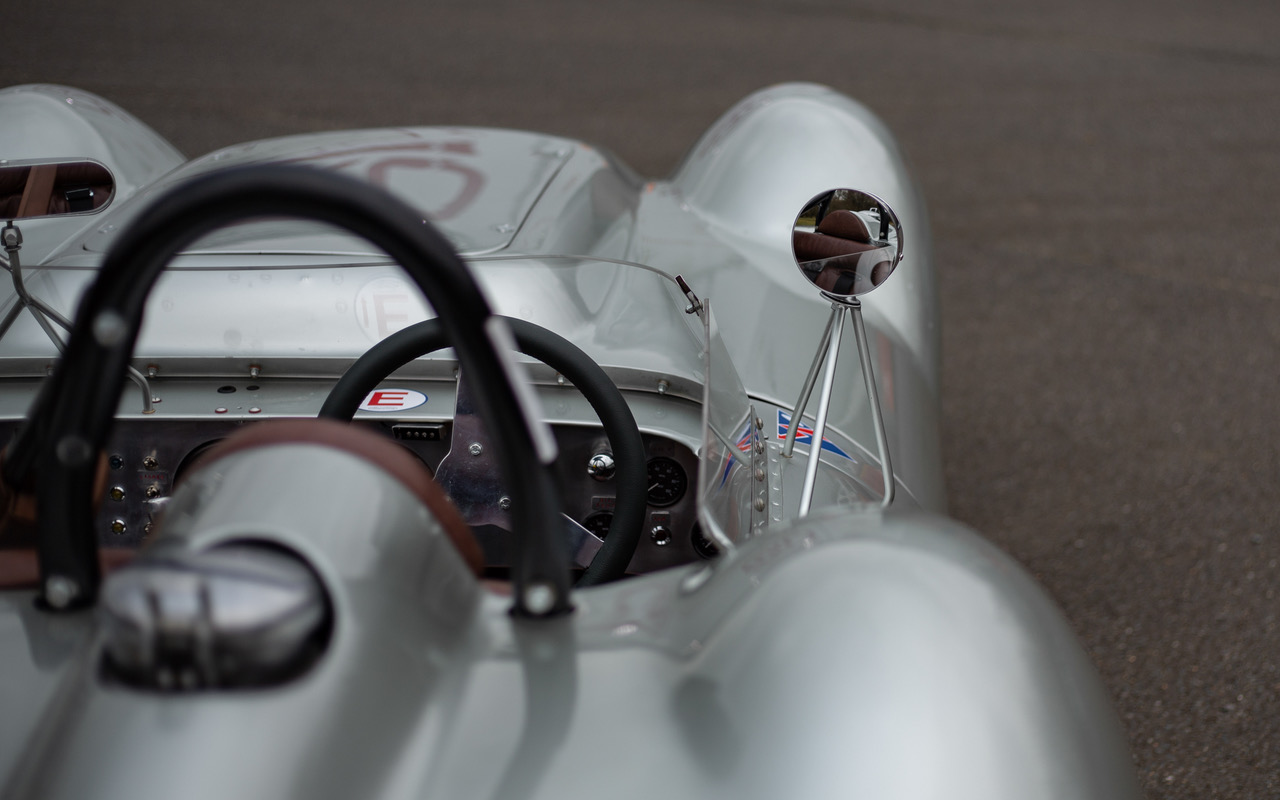 When Tom and Alex, who are following me in a Land Rover, catch up with me minutes later, they tell me how fast I seemed to be going... The Lister encourages clean, precision driving, but helps its driver by delivering effortless progress, and few modern cars, designed 50-60 years after the original Knobbly, could keep up if I drove with some modicum of commitment. It is that good. It is also cheaper than the original 1958-59 cars, offered at £375,000 instead of a cool million, at least, which the vendor of an old Lister would ask. 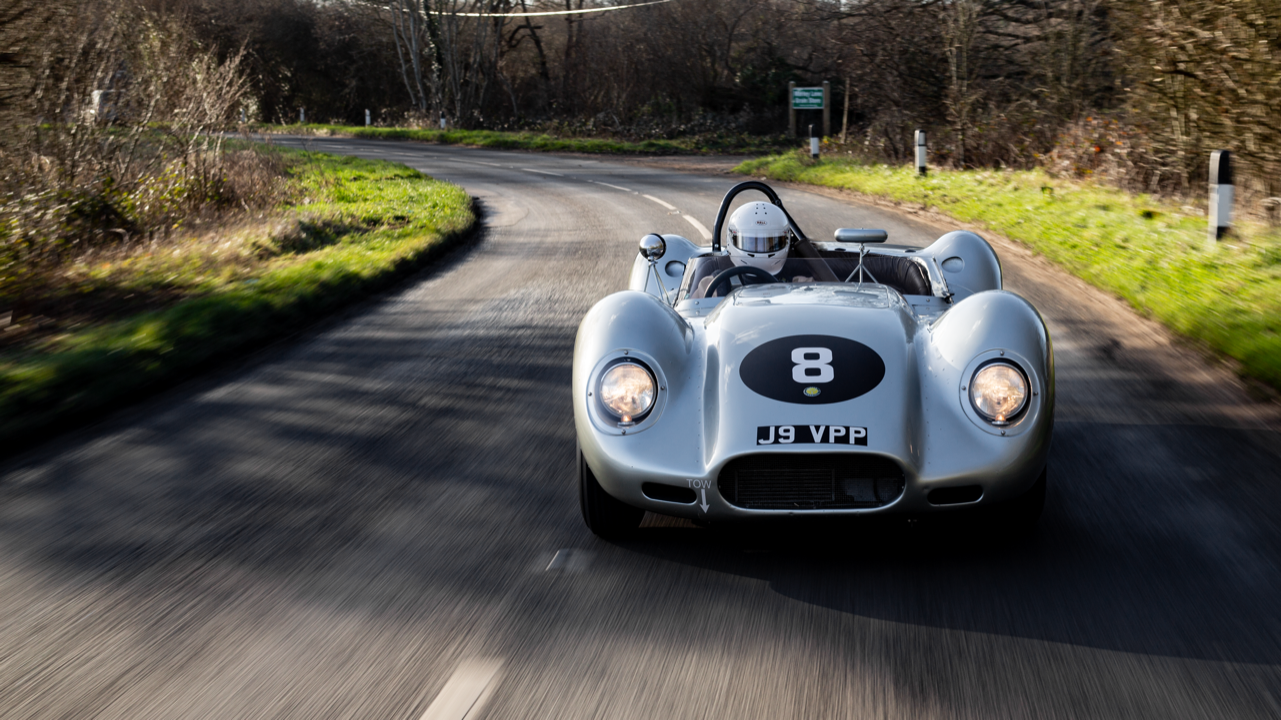 I rarely feel so much at home in a car I am testing, but this Lister is an exception. Friendly and predictable, it helps to build up confidence. At racing speeds it probably requires more skill and talent than I have in order to be truly competitive and to win races, but I would be satisfied with just driving it in a gaggle of race cars of similar age, savoring the emotions, the sounds and the smells. 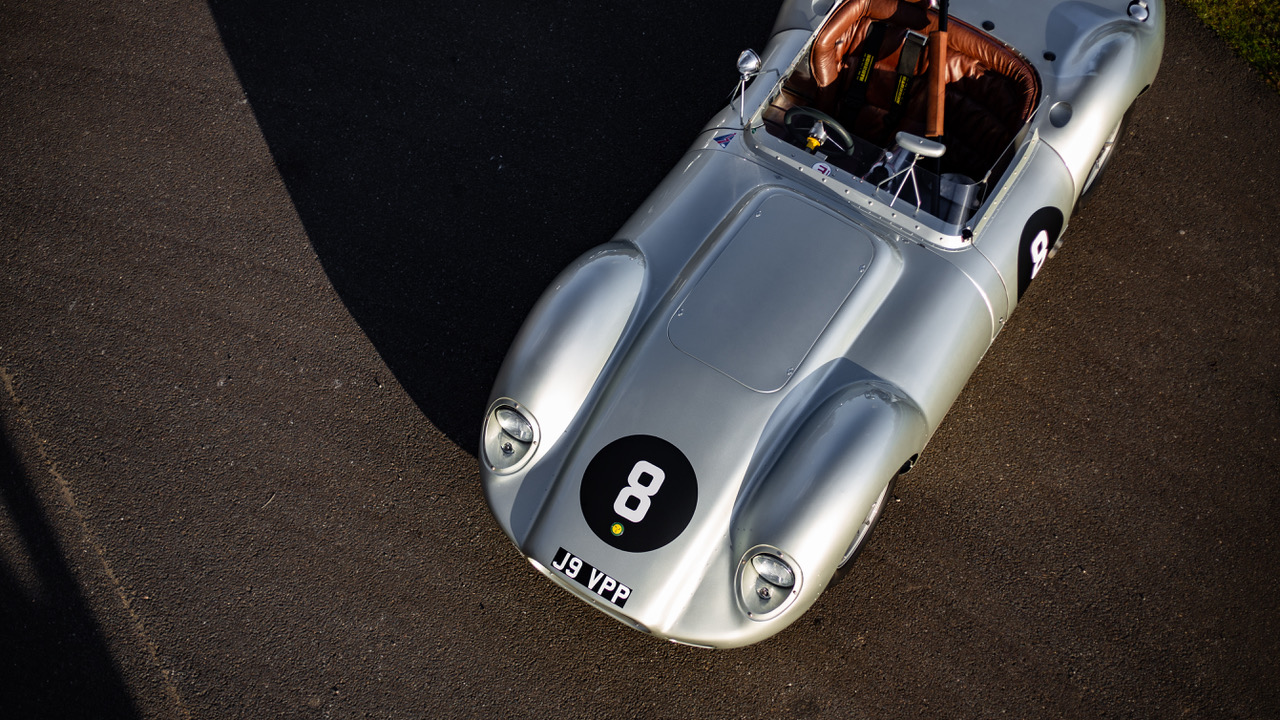