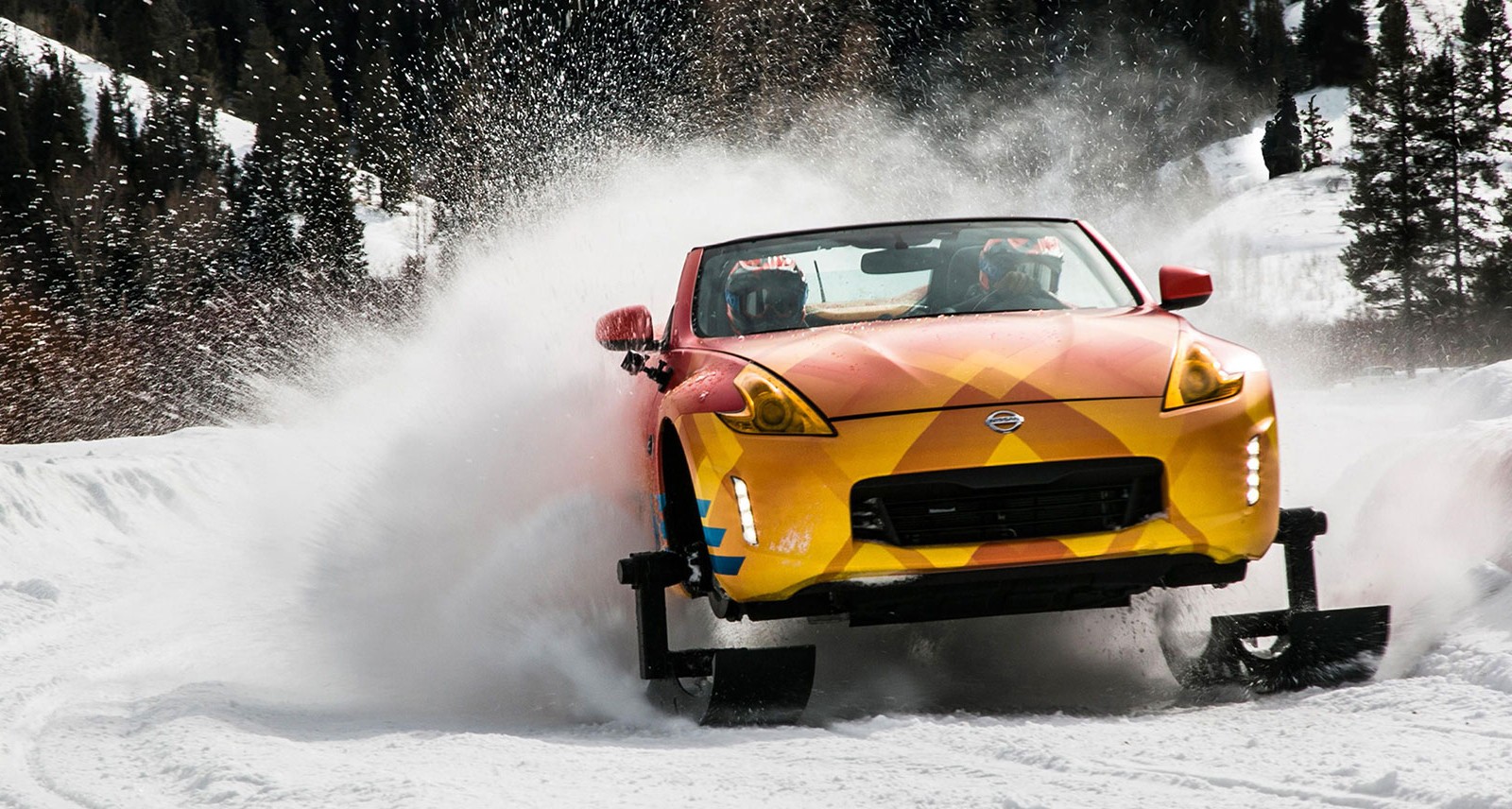 When you think “winter car,” what’s the first thing that pops in your head? A Subaru Outback? A Jeep Wrangler? A 15-year-old, rusty, battered sedan? Those are all fine options (though the Canada Safety Council may have a differing opinion on that sedan) but Nissan’s got another idea: the 370Zki. It’s half-snowmobile, half-convertible, full sleet-and-slush-slaying winter warrior.
This is not a joke. Nissan is set to unveil the 370Zki — just a concept, for now — at the 2018 Chicago Auto Show. The automaker commissioned California shop The Westside Group to take a 370Z Roadster and turn it into this crazy rear-wheel-drive snowmobile. They removed the 370Z’s entire drivetrain, making room for rubber tracks at the rear and skis up front, courtesy of American Track Truck.

As you might guess, this was not an easy process. After gutting the drivetrain, a custom lift kit was installed, lifting the vehicle three inches from its normal height. The brake lines and exhaust system also had to be rerouted to fit under the car. The rear wheel wells were also modified to make room for the four-foot long snow tracks. The 332-horsepower V6 engine then had to be reinstalled on custom mounts, with a skidplate added underneath to prevent damage from the snow. 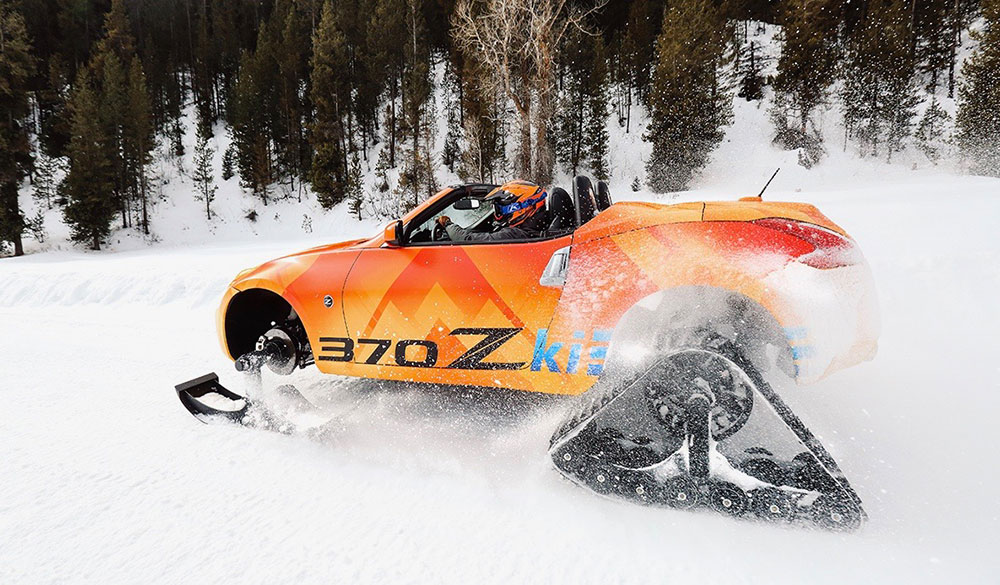 Nissan also had to fabricate some adapters so that the front skis could actually turn — you can properly shred some line going in a straight line, after all. 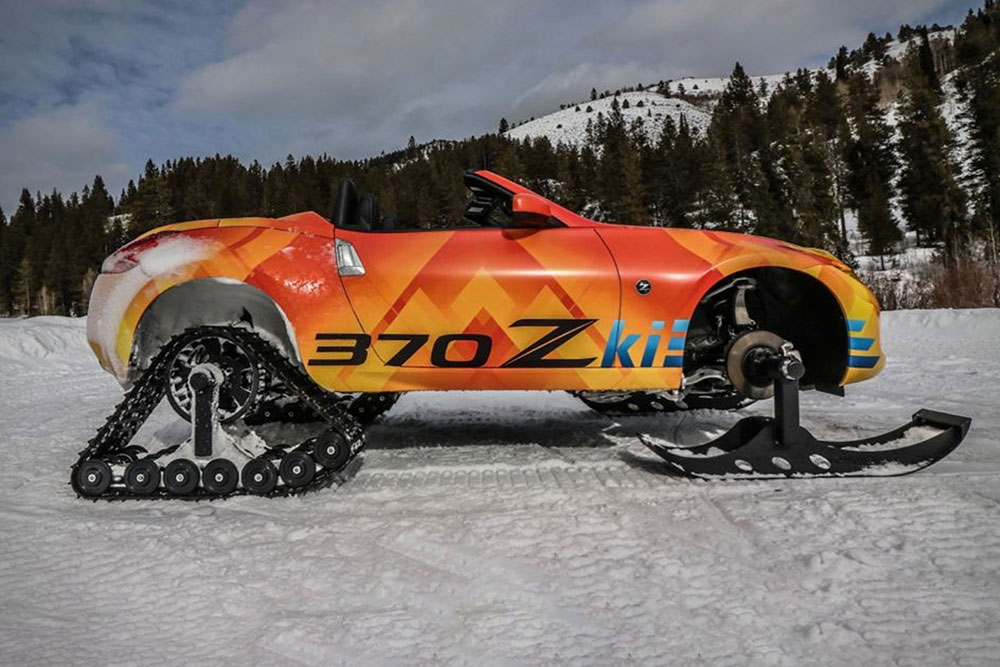 Ahead of its debut, Nissan took the 370Zki for a rip on the slopes of Jackson Hole, Wyoming. And what a rip it was! Should you ever get a chance to ride this thing, we’d recommending bringing a balaclava, especially if you plan on going top down —  it might get a little nippy.
Share