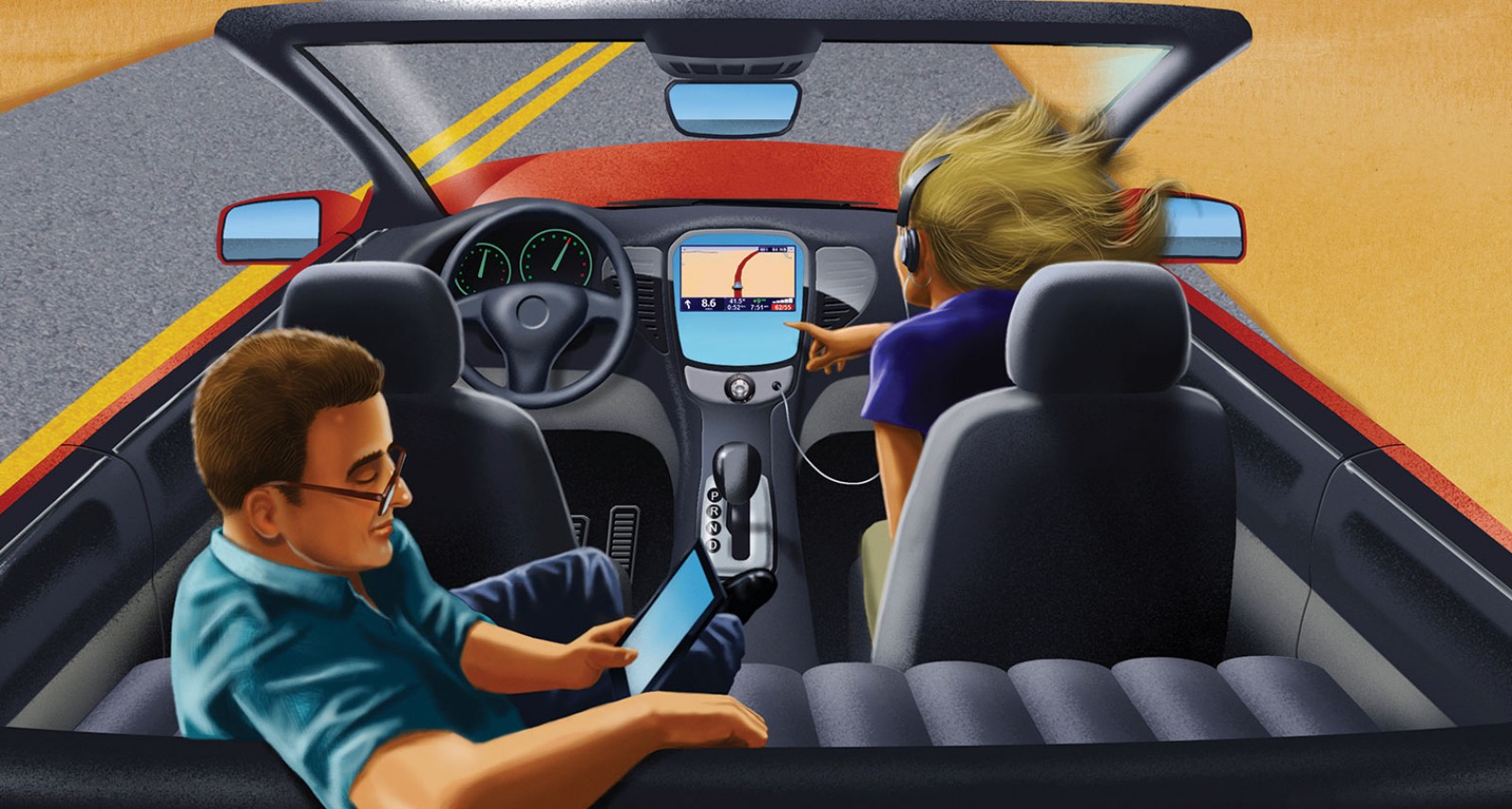 China, the world’s largest car market, announced that it’s considering banning gas and diesel cars in the future. India said it will ban them by 2030. Norway said 2025. Britain and France announced 2040. Even German Chancellor Angela Merkel — whose country is home to some of the world’s biggest automakers — said an outright ban on new internal combustion–powered cars is the right way to go.

And yet, here in Canada, it’s shaping up to be another banner year for new vehicles. SUVs with ever-more-powerful motors are so hot right now, while electric vehicles account for less than one per cent of the market. This doesn’t jibe with all those bold announcements. Clearly the gasoline car is very much alive, and better than ever, thankyou. Either a change is going to come — and mighty fast — or these politicians are making promises they can’t keep. Few of them will be around in 2025 or 2040 to be held accountable. Think of these headline-grabbing announcements as signals — not to drivers but to the market and the industry. What really happened this year was a fundamental shift. The big question about electric cars is no longer “if” but “when.”

What does that mean for us – drivers and gearheads — today? Cars are evolving faster than ever and will continue to do so. The result is an expansive and varied array of new vehicles: from new V8 muscle cars to self-driving luxury limos to hybrid hypercars to Scandinavian station wagons to electric cars that’ll beat ’em all in a drag race. The oddball machines of 2017 have shown there’s no single way to make a thrilling automobile. We don’t know what the future holds exactly — gas, electric, hydrogen, all of the above? — but we’re looking forward to driving whatever it is. 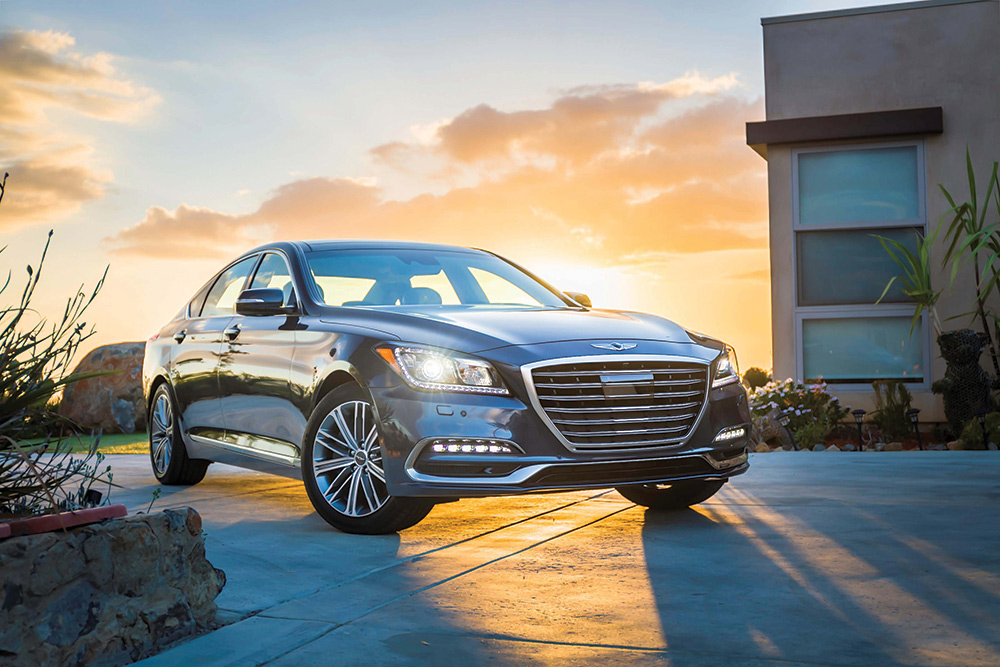 In 2017, Genesis graduated from being an interesting idea to a real thing. This striking new brand proved it can make a credible luxury car — three of them, in fact — and there are more on the horizon. The sedans — G70, G80, and G90 — will be joined by an SUV in the near future. More impressive than its cars, however, is the way Genesis is doing business. You don’t go to Genesis — it comes to you, delivering its cars for a test drive. New owners may never have to even set foot in a dealership. Brilliant. 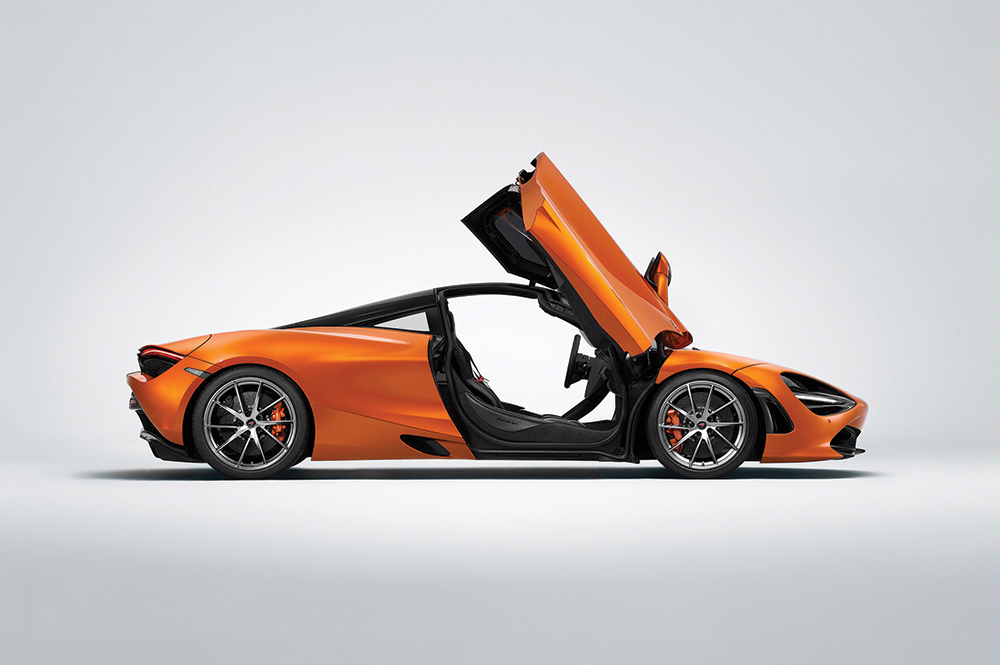 Supercars exist to push the envelope, but this year McLaren pushed it farthest, fastest with the ballistic 720S, a pure driver’s car, the stuff of dreams. 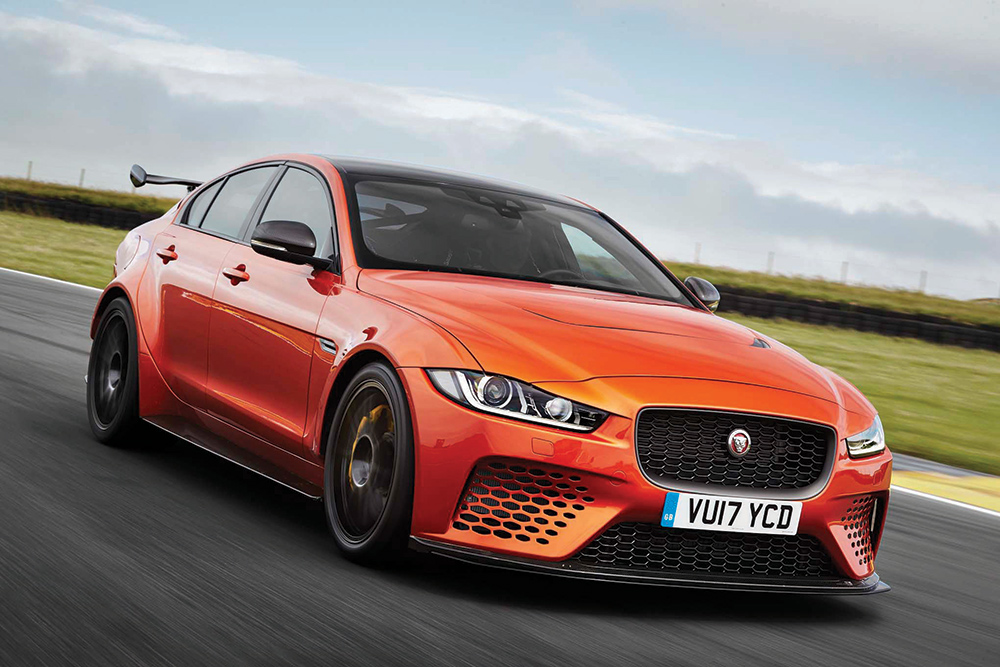 Five-hundred-and-ninety-two. That is the amount of horsepower Jaguar has managed to shoehorn into its compact XE SV Project 8 sedan, making this the most powerful car in the firm’s history. Cool concept, right? Wrong. It’s real. The company is making 300 of them, and if you want to be one of the lucky 300, you’d better get a deposit into your dealer, well, yesterday. 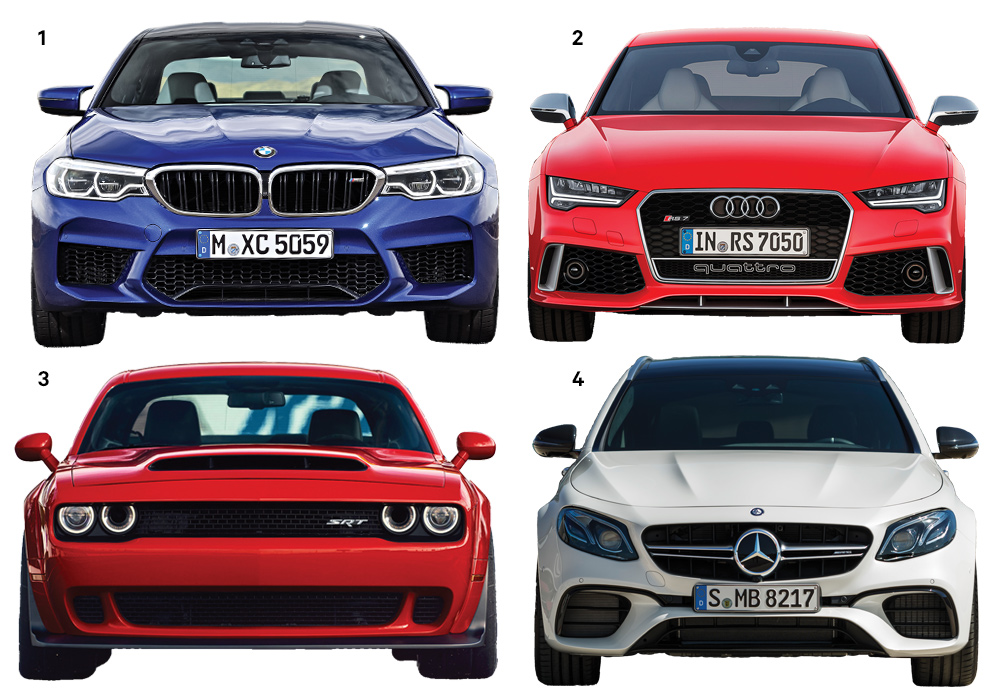 Ugly electric cars and self-driving pods grab all the headlines these days, but these new V8-powered brutes are proof the V8 engine is alive and kicking harder than ever. 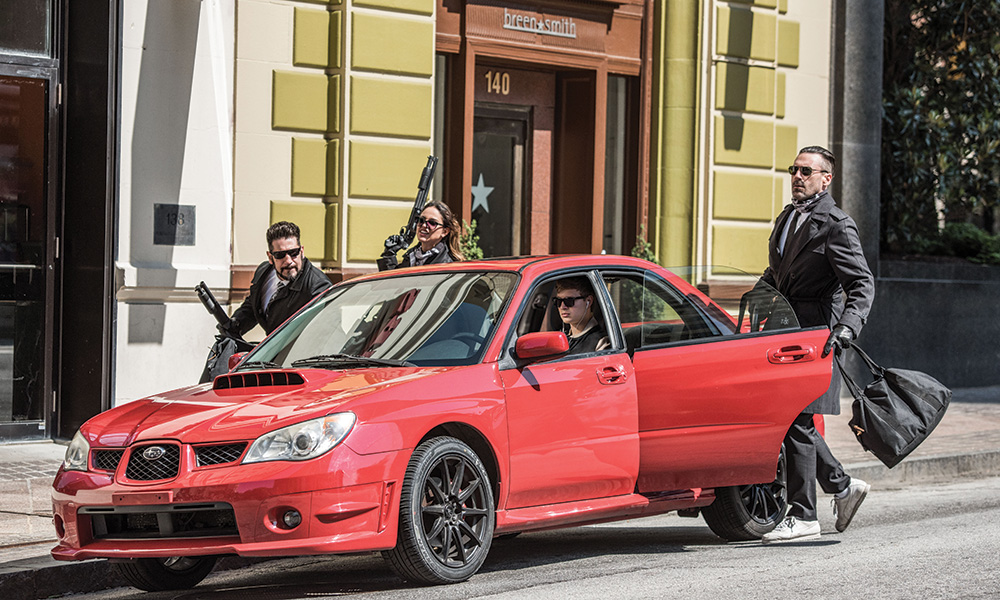 The best car movie of the year made us remember how much we once wanted a Subaru. Shedding its identity as the car of choice for outdoorsy granola types, it’s now the top pick of teenage getaway drivers with impeccable taste in music and a penchant for oversteer. 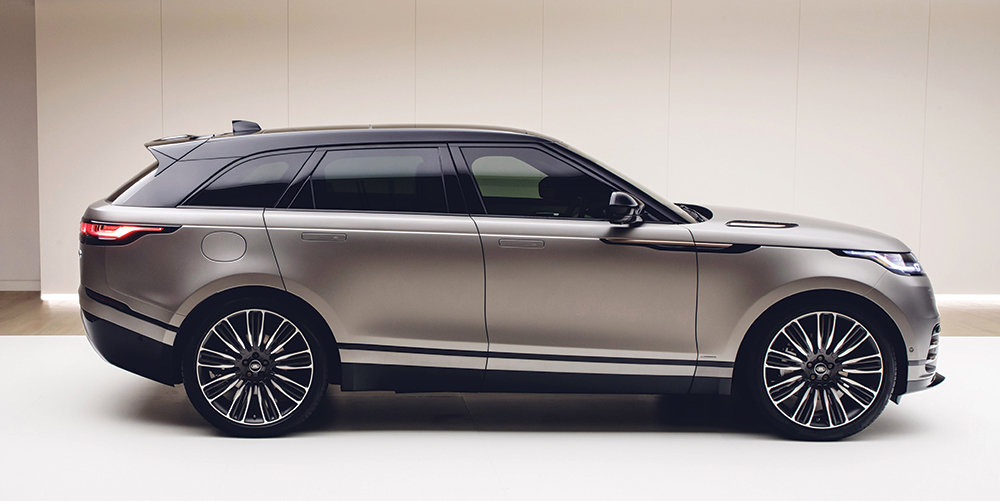 There was, predictably, a deluge of new SUVs this year. But Range Rover’s Velar was the best looking of the bunch, with design that lands somewhere between a Mies van der Rohe chair and an iPhone.

The world is a poorer place without Saab making cars in it, but Volvo is picking up the Swedish-car torch and staging a major comeback. The Scandinavian design influence is obvious in models like the V90 Cross Country and new XC40. Next year, we’re looking forward to some more new wagons and something exciting from Polestar, the company’s new high-performance offshoot.

Only 99 will be built and it’s already too late to put your order in — they all sold out at the car’s unveiling in Pebble Beach.

Jaguar plans to sell this in the US but not here in Canada. Please direct all letters to Jaguar Canada, c/o Break Me Off a Piece of That Sportbrake.

Makes you believe Scandinavia is better than the rest of the world. Quietly stylish, calm, practical, and great to drive, thanks to a clever turbocharged and supercharged engine.

One car ready to do it all. It’s the handsome 680-horsepower plugin hybrid wagon we never knew we wanted — but now simply must have. 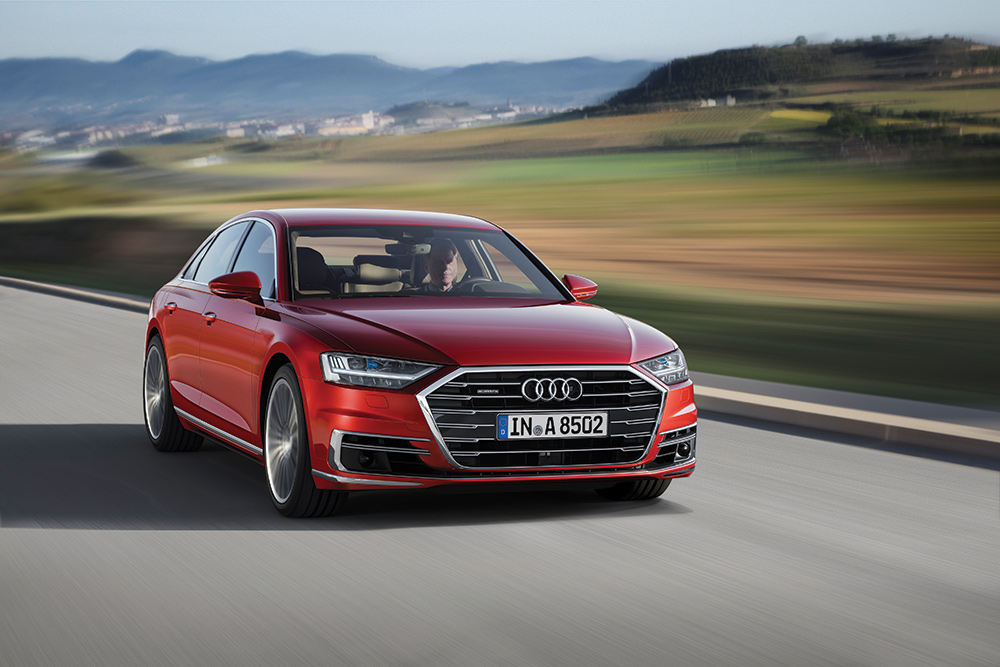 No car delivered more high-tech gadgets in 2017 than Audi’s flagship, the all-new A8 sedan. You can geek out over a glass cockpit decked out in touchscreens with haptic feedback, or active air suspension powered by a 48V mild hybrid system, or the fact that it’s the world’s first Level 3 semi-autonomous car — before such a thing is even legal to use on the road. But that’s missing the forest for the trees. Behind the wheel of the A8, wafting down the road, all the gadgets and tech melt away into the background, leaving you feeling rather serene. Everything in this car works to make the driving experience less hectic, less stressful, and more pleasant. Other designers should take note of the way Audi’s team in Ingolstadt has managed to blend the digital spaces into overall cabin architecture. Yes, it’s a very good car to drive, but it’s also just a great place to be. 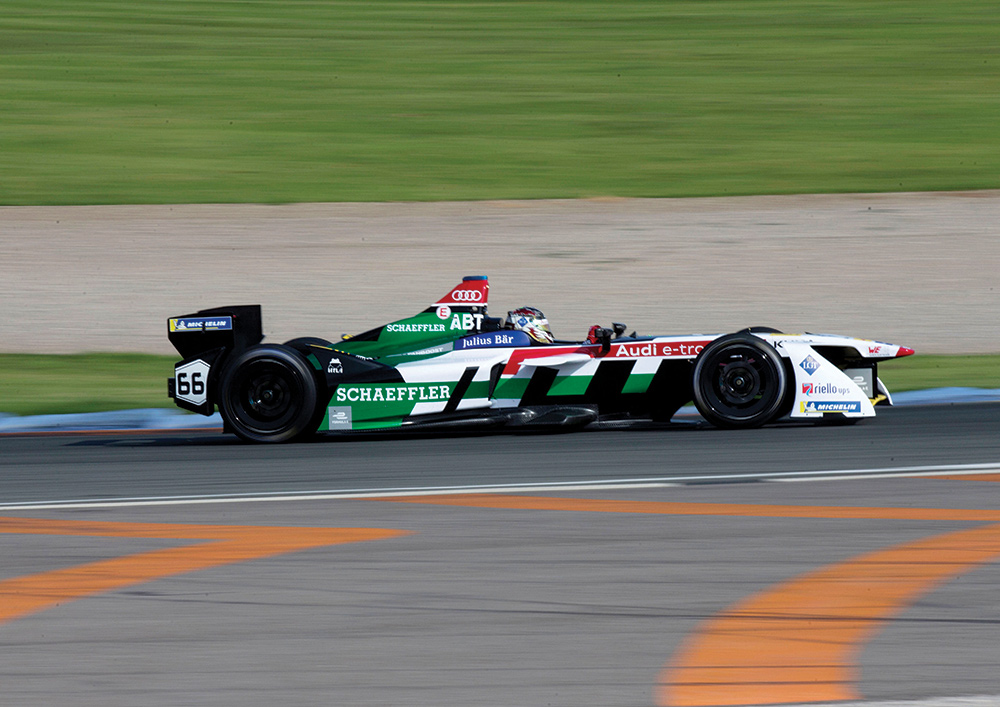 Looking for a motorsport fix? The race to watch right now is not in Formula 1 but Formula E. It’s a new international championship for all-electric race cars. The sport is in its infancy, but the number of top-tier car companies entering the fray shows you that its stature and prestige will only grow.

Audi Sport is the latest team to join the starting grid, which includes cars from Jaguar, Citroën, Renault, and, soon, BMW. The first race of the season is taking place on the streets of Hong Kong on Dec. 2, before the whole circus moves on to Marrakesh, Santiago, Rome, Paris, Berlin, and eventually Montreal in June. The drivers are all world class, but Audi has a title contender in Lucas di Grassi. The competition will be frantic.

What We Are Looking Forward to Driving Next Year 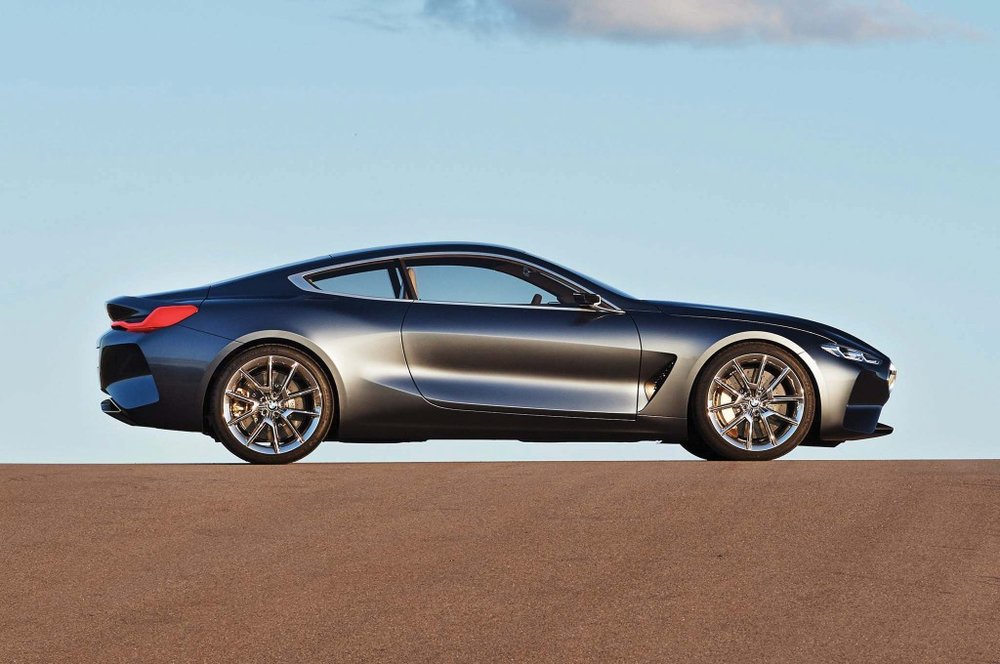 The BMW 8 Series. Yes, BMW’s ultimate coupe is coming back, and if it looks anything like this concept, it’ll be spectacular.